In this regard, Android is undoubtedly behind, because this open source system has not yet provided a system-level implementation similar to the AirDrop feature, and users must rely on third-party solutions to complete local file transfer tasks. Although Android Beam, which used NFC technology to implement similar features, was born, the feature was not fully utilized and popularized, and was eventually abandoned.

recentlyForeign media coverageGoogle is developing AirDrop-like features for Android. The report noted that the feature was temporarily named Nearby Sharing. Information exposed according to XDAnearbySharing will be integrated into the next generation of Android systems. 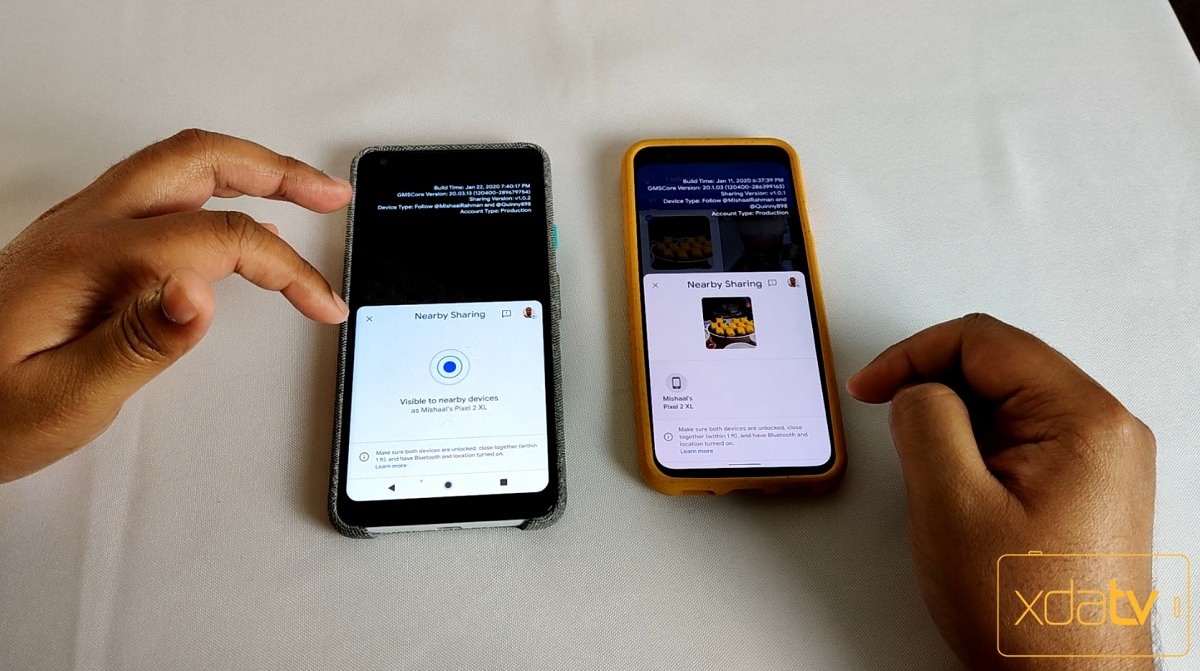 XDA said that at present, nearby sharing may be adjusted. At this stage, the use experience is not perfect, and there may still be errors, such as the situation that the received pictures cannot be opened in the image viewer in the video displayed by XDA. However, the actual measurement shows that after point-to-point connection through Wi Fi, the actual transmission speed of nearby sharing is faster than that of traditional Bluetooth.

Google is expected to release this feature at this year's I / O conference. Of course, it may release nearby sharing ahead of time.

It is worth noting that Samsung may add a sharing feature called quick share to the galaxy S20 series. Oppo, vivo, Xiaomi and other domestic mobile phone manufacturers have also cooperated to promote the use of unified agreements for different brands, so as to realize the quick sharing function on their own Android phones. Of course, Google's system level nearing sharing feature is more versatile on Android devices, so it may be better. However, in terms of localization and UX, domestic mobile phone manufacturers know more about the needs of users. We may as well wait and see.

Related news
Google renamed airdrop like quick sharing to nearby sharing
Google builds Android version of AirDrop: new features will be integrated into new version of Android
Google builds Android "airdrop": new features will be integrated into the new version
Android will have the'blanketed' feature, tentatively named'Nearby Sharing'
Google develops airdrop application nearby share: supports windows / MAC / Chrome OS
Google introduced Nearby Share file sharing for Chrome OS
The Google Nearby Share app is about to allow users to share Android app (Figure)
New feature of Android nearby: users can quickly share play store applications (Figure)
Hot news this week
Announced real-fired people to change the news for four days, the chairman of Tianzhong semen was resigned for personal reasons.
Bank of East Asia (BEA) was fined 16.74 million yuan ($16.74 million) by the Shanghai branch of the People's Bank of China for illegal information collection
After the comprehensive suspension of "nurturance class" network comprehensive and indulgent drama, the audience deserves better
ByteDance invested in Sequencing Technology, which is an AI industrial SaaS software service provider
Former search president of Baidu xiang Hailong joins Transsion The company that sells mobile phones wants to do more Internet
2021 Global Patent List Released: Huawei ranked fourth in the top five in the world in the United States
It's hard to escape the monopoly sanctions American court dismissed Facebook against FTC counterattack
Rewrite history! The largest acquisition in the game industry was finalized: 80.9 billion yuan exceeded Tencent's record
Enterprise WeChat active users reached 180 million The new version is connected with the video number
The Shanghai Astronomical Observatory found a case of a galaxy "escaping" 12.1 billion light-years away
The most popular news this week
WeChat heavy update! This function is finally here.
China successfully launched satellite 13 in 2022
Coldest holiday ever! Tencent announced that minors can play games for up to 14 hours during the holidays
In 2021, public security organs cracked down on more than 6,000 illegal payment and settlement gangs in 134 problematic games
People's Daily: Promoting Express Packaging "Green Revolution"
Ali health online the first domestic helicobacter pylori self-testing product "you tube", 10 minutes out of the results
Xiaomi Youpin Youyu announced the termination of operations
JP GAMES and Alibaba Cloud reached a cooperation to develop a metaversic solution based on the cloud
The camera is lost to the mobile phone Japan Canon close Zhuhai factory: small part parts are still working
Baidu announced connectivity with more than a dozen companies, including Meituan and Xiaohongshu