The spread of the new coronavirus not only brings panic and a series of popular science, but also brings more thinking to the science and technology industry: in addition to the existing steps recording, hearing health, menstrual tracking and other functions,Is there any possibility of further development in health detection of mobile terminals in the future?

In fact, the field of smart wear has carried out in-depth exploration in health. For example, we can see the report that Apple watch is saving people's lives from time to time, which shows that it has been working hard to prevent or detect diseases. Today, let's take a look at what kind of health benefits this watch can bring us. 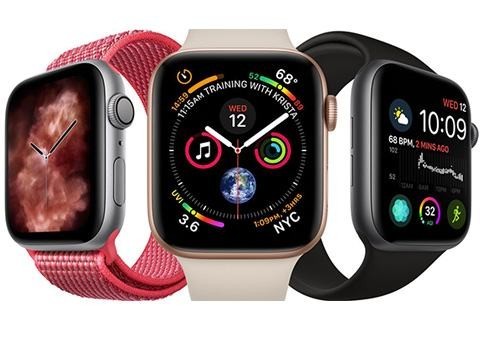 Atrial fibrillation (AFib) is a manifestation of a serious health problem in the heart, a common persistent arrhythmia with data showing it causes 130,000 Americans to die each year and 750,000 are hospitalized for it. Usually accompanied by high school wind, thrombosis, heart failure and other risks, and do not produce obvious symptoms before the onset of the disease, which highlights the importance of early detection.

In atrial fibrillation, the electrical pulse in the upper chamber of the heart is disordered, and atrial wall fibrillation cannot contract normally with blood flow. According to this feature, four LEDs on the back of the apple watch illuminate the blood vessels on the back of the hand, and then a third-party application judges the pulse based on the blood flow "seen". According to research by cardiogram and the University of California, San Francisco, apple watch can detect atrial fibrillation with a built-in heart rate detector, with an accuracy of 97%.

Starting with series 4 in 2018,AppleIt also adds ECG function to Apple watch, which is the first consumer device approved by FDA to provide ECG function. By loading a dedicated application and placing your finger on the crown, the apple watch can act as a single lead ECG machine that takes an ECG on your wrist. This function is also the evolution of optical heart sensor. ECG technology can provide better data to detect whether users have atrial fibrillation. 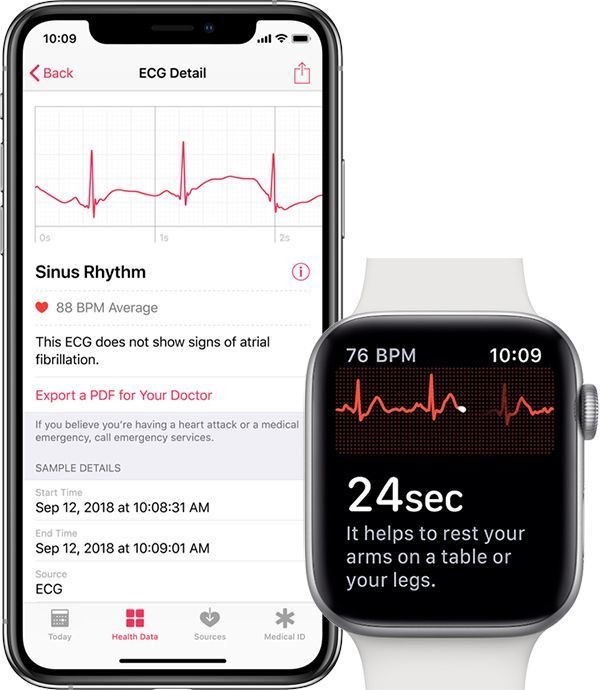 Barry maden of nashue, New Hampshire, was wearing an apple watch when a notice about his heart popped up, prompting him to see a doctor, wmur reported. After giving him a detailed ECG examination in the emergency room of the hospital, the doctor confirmed that he had arrhythmia.

The function is to use the motion information provided by two new sensors to analyze the wrist movement track and impact acceleration, judge whether the user falls, and then start the rescue function.

In addition to judging whether the user falls or not according to the impact acceleration and other factors, the watch can also judge whether the person can move normally. If the hand does not move for 20 seconds or 30 seconds, the watch will vibrate for a long time and the following picture will appear, asking if the fall is serious. 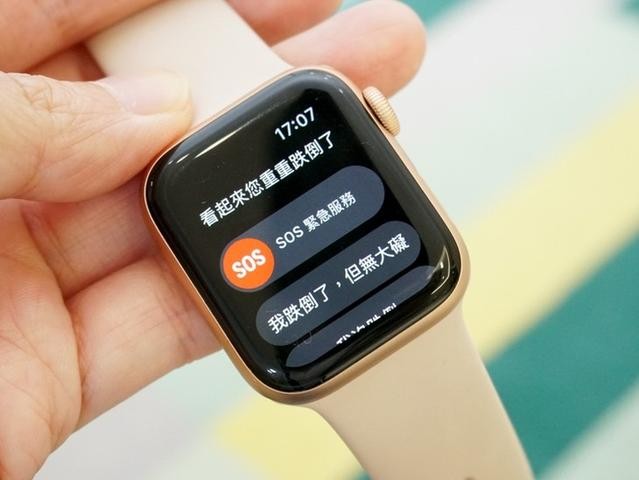 If it's not serious, the user will naturally click "fall but no problem" to cancel this page; if it's serious and needs treatment and the other hand is still active, you can click the red key of SOS emergency service above, and the user will automatically dial 120.

With the noise app, users can enable noise notification. When the apple watch recognizes the ambient volume, the system will notify the user that they are in a noisy environment, which may have an adverse effect on hearing.

Apple watch regularly measures volume during the day when users wear their watches. This is done with a microphone, but no sound is recorded or stored. If the average volume for three minutes reaches or exceeds the selected decibel threshold, apple watch will notify the user.

Users canIPhoneTrack your menstrual cycle in the health app on or in the period tracking app on the apple watch. After the notification is opened, the system will notify the user when the next menstrual cycle or pregnancy window comes. 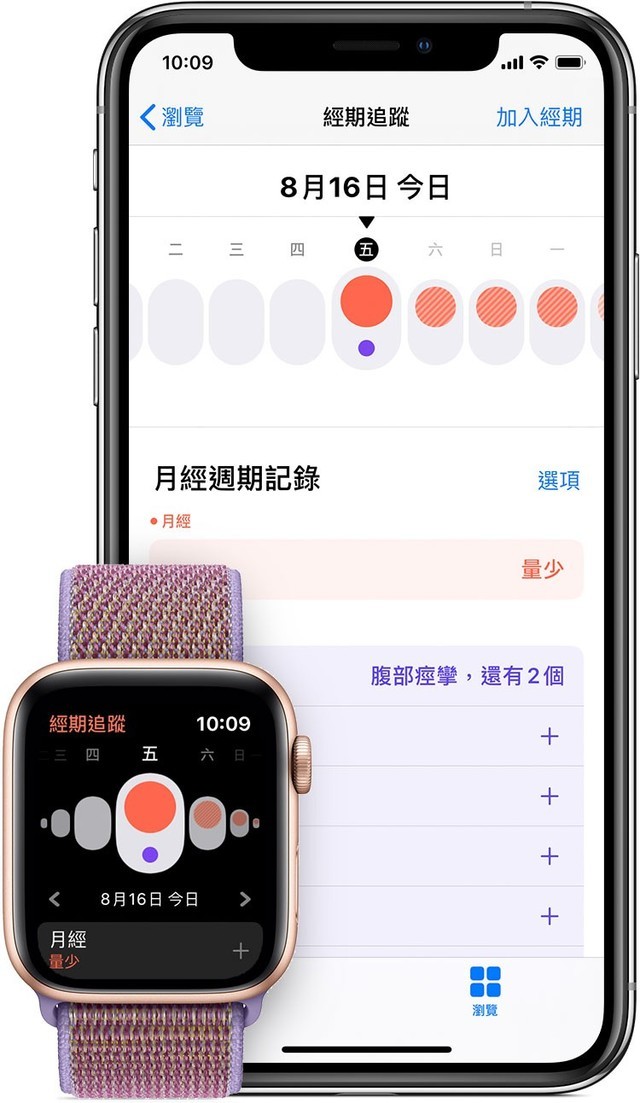 Tracking menstrual cycle can not only help users prepare for menstruation, but also judge whether there are other symptoms such as mood swings, breast tenderness and acne by recording traffic. These can help doctors determine if a user has polycystic ovary syndrome (PCOS) or endometriosis.

The menstrual tracking application is part of watchos 6. Watchos 6 is compatible with apple watch series 1 and later. However, it should be noted that upgrading to watchos 6 requires an iPhone 6S or later running IOS 13 or later.

These features are what Apple watch has now, but Apple's research on health tracking hasn't stopped. According to a patent filed by Apple last December, the next focus of Apple watch may be Parkinson's disease. The patent application shows that they are studying continuous monitoring of motor disorders and tremor symptoms through new sensors to help doctors better track Parkinson's disease. 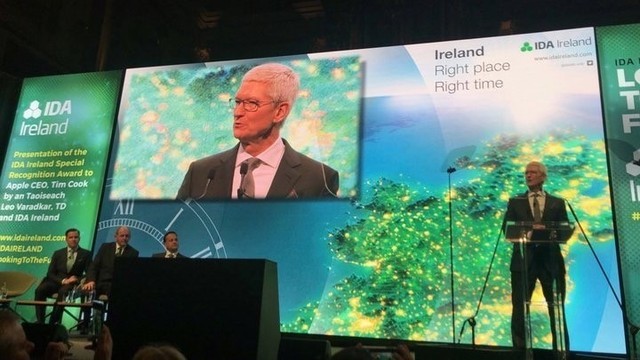 Although it may cause unnecessary troubles for doctors and users due to false reports or high-frequency visits of healthy patients, some medical experts are cautious about some functions of Apple watch at present, but the "prevention and detection of diseases" that Apple has always stressed is really what we need.

Even though Apple watch can't replace professional medical instruments, it helps patients pay more scientific attention to their health to some extent. Suppose that a wearable device can identify whether the user has lung or respiratory diseases through respiratory monitoring (such as respiratory noise) or abnormal temperature monitoring. Perhaps in this outbreak of new coronavirus, it can reduce the follow-up medical pressure to a certain extent from the patient level.

Related news
Apple Watch has been on the market for four years. Do you own it?
Apple Watch skyrocketed last quarter accounted for one-third of global shipments
Apple will launch Apple Watch sleep tracking function next week
Take stock of Apple watch's health tracking function
Hot news this week
Young people can't change their mobile phones one brother pressure in the channel inventory up to 50 million
Chinese mysterious female rich 560 million buy European luxury homes: the full amount of cash is paid at a time
Criminal gang candid courier list takes the money 8 people to be arrested
Do you make feed after Yi Lord? Zhenghong Technology M & A has mystery
The 560m Chinese woman who bought luxury homes has also been involved in JD.com's investments in Tuniu, Vipshop and Fafa Qi
The goose factory is finally making a move on the metasverse?
With this charging treasure that can legal "stealing electricity", I don’t worry about the mobile phone out of power
Son's bet that ARM's listing will boost SoftBank's stock price?
Huawei Hongmeng has become! Many mobile phone manufacturers will follow up with Hongmeng OS technology
China's first "smart factory" for offshore oil and gas equipment manufacturing has been put into operation
The most popular news this week
AMD's new generation mobile processor broke the news: 16 -core CPU RTX 3060 level core display
China's first "smart factory" for offshore oil and gas equipment manufacturing goes into operation
More than 2.3 billion wealth management products exploded, and the big game factory suspected to step on the Thunder Wutu Mine Trust
From Toshiba to Sony Japan Semiconductor Corporation, generally facing serious talents in talent shortage
Because of these "two sins", Baoding Bank was fined 750,000! Just fined 800,000 three months ago
Byte buying gear for the metasverse again?
Xiaomi 12T core parameter exposure: Snapdragon 8+, 120Hz AMOLED screen
Large -scale number robbing learning is related to it! Tencent has responded
Produced by Tencent! "Peerless Double Pride" is fixed for the first animation of the ancient dragon work
The fourth major operator appears! China Radio and Television 5G network service startup