On December 16,2019, Intel announced its $2 billion acquisition of Habana Labs, an AI chip startup, when there was speculation about what the acquisition would mean for Nervana. On Friday, Karl Freund, a deep learning analyst, noted in a tweet that Intel would completely stop the NNP-T product of Nervana, a deep learning chip startup that Intel acquired in 2016, focusing on Habana Labs. 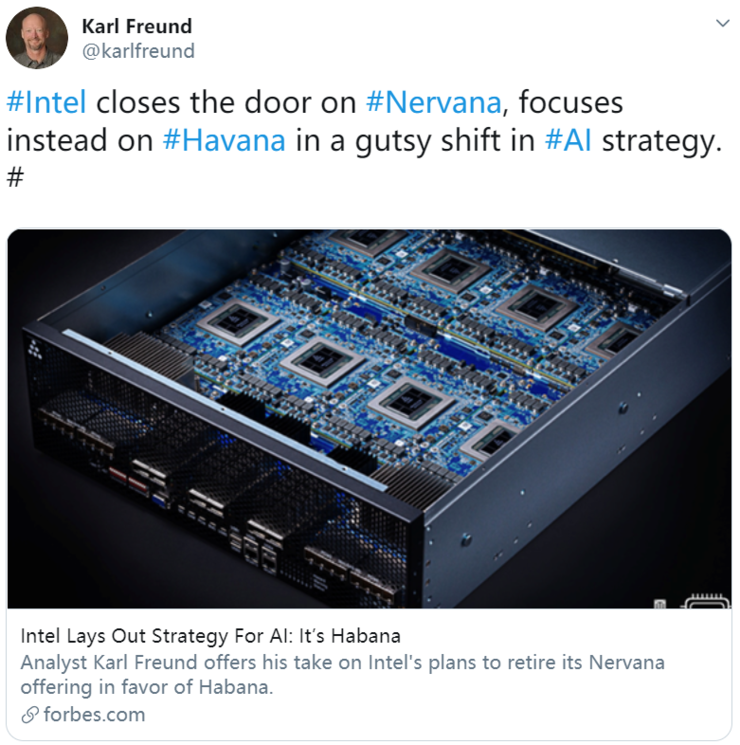 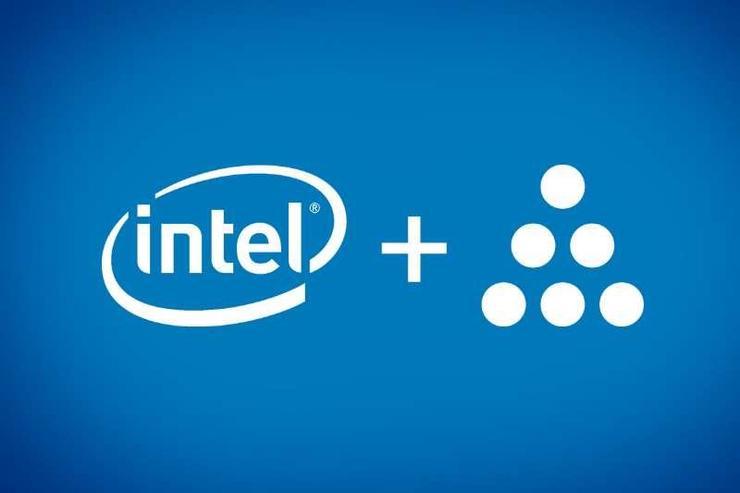 Intel was the company it proposed in 2016 to transform from a pc company to drive cloud computing and hundreds of millions of smart interconnected computing devices. In 2018, as the strategic shift advanced and became clear, Intel further proposed including the process

Accompanied by this is Intel's successive large-scale acquisition of AI start-ups. From the US $16.7 billion acquisition of Altera, the world's second-largest FPGA company at that time, to the acquisition of nervana systems in 2016 (official didn't disclose the specific amount, but some insiders said the transaction amount was at least US $350 million) In 2016, it also acquired Movidius from the AI visual chip company, and then purchased the automatic driving system service provider Mobileye by US $15 billion 300 million in 2017.

Over the past three years, Intel has acquired two important types of AI chips, FPGA and ASIC, together with its powerful CPU and GPU, and has become the world's only company capable of delivering four types of AI processors. Clearly, Intel wants to transform this uniqueness into its leadership in the AI era.

But nervana disappointed Intel. Before being acquired by Intel, nervana claimed that its product performance will be at least 10 times higher than GPU, which is conducive to the competition between Intel and NVIDIA in the AI market. However, an interesting thing happened later. NVIDIA's tensorcores surprised everyone, because the performance of tensorcores is not twice that of Pascal, but five times that of Pascal. NVIDIA then doubles its performance with nvswitch. At the same time, NVIDIA's cudnn library and drivers have roughly doubled their performance.

That has wiped out Nervana's 10-fold performance advantage, and for that, Nervana had to redesign it, and after repeated delays, Intel finally promised to launch a new chip by the end of 2019.

From acquisition to product delivery, three years is a bit long indeed, and the product is still delayed. In addition, although the naming of nnp-t and nnp-i is similar, nnp-t is developed by nervana and handed over to TSMC, while nnp-i uses Intel's 10nm nodes, which are relatively independent. 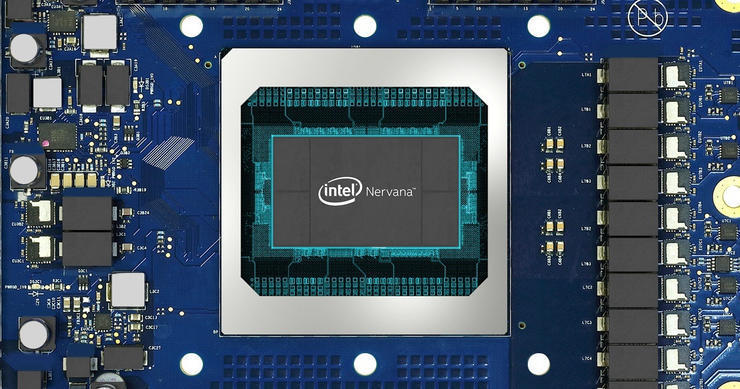 The $2 billion acquisition of Habana Labs products is more consistent and more in line with Intel's strategy. "The Habana product line offers the powerful strategic advantages of a unified highly programmable architecture that is simultaneously oriented to both reasoning and training," Intel said in a statement. By switching to a single hardware architecture and software stack to accelerate data center AI, our engineering team can join hands to deliver more innovation to customers more quickly.

In addition, before it was acquired, Habana Labs'Gaudi AI training processor was already providing samples to specific oversized customers, and the Goya AI reasoning processor was commercially available, which Intel apparently wanted more.

Of course, what's particularly appealing to Intel is that the Habana Gaudi chip uses an on-chip 100Gb Ethernet architecture that supports a fusion Ethernet-based RDMA (ROCE).

As you know, in 2019, NVIDIA announced its largest ever M & a transaction - $6.9 billion for mellanox. Mellanox is a multinational supplier of computer network products using Infiniband and Ethernet technology. Its network card supporting roce costs far more than $1000 per card.

In an interview with the media during GTC China, Huang Renxun, CEO of NVIDIA, said about the acquisition deal that no one offered more than us, so we acquired mellanox, and the acquisition is about to acquire the best company. It is not difficult to find the importance of network technology from such expression.

The failure of Intel to buy Mellanox for Habana Labs could make up for that in part. That explains why Intel spent as much as $2 billion on products and Nervana, a three-year-old Habana Labs.

According to Intel, it has stopped developing the nervana nnp-t chip, but will fulfill the commitments it has made to customers at the nervana nnp-i reasoning chip (code named "Spring Hill") so as to vigorously promote the Gaudi and Goya processors of Habana labs to replace the nervana chip.

Intel said it had made the decision after soliciting feedback from its engineers and major customers and would make the most of "combined AI talent and technology to make leading market AI products.” Feedback indicates that the second-generation Nervana design, codenamed Spring Hill and Spring Crest, doesn't meet the demands of those high-performance workloads, and these customers mention Habana as a preferred platform to compete with Intel.

This decision must not be easy for Intel. In announcing its acquisition of Habana labs, Intel said it would not make a road map decision on the first day, while Habana would remain an independent business unit. 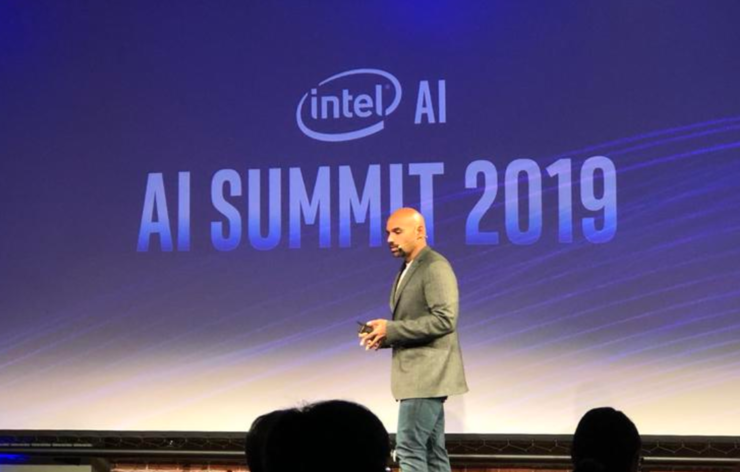 Today's decision shows that while Intel did not give up Nervana altogether, the four-year-old acquisition failed in part.

However, what we should see more is Intel's determination to transform. Facing the increasingly fierce competition in the AI chip market, whether the rapid transformation can be successful or not is becoming more and more important to Intel. It is a good example to give up nervana in part. In addition, Xeon CPU, Aria FPGA, movidius Vpu and eyeq will be updated one after another, and Intel attaches great importance to its deep learning performance. Also, Intel's high-performance GPU Xe will be available this year.

In addition, Intel hopes to use the one API unified programming platform to connect Intel's key technologies one by one to create a unique and leading AI technology.

So it seems that Intel's performance in the AI market in 2020 will be more worthy of expectation, and the competition in the AI chip market is becoming more fierce.

Related news
Star Labs pre-installed Linux system option added Zorin OS: two new notebooks launched (Figure)
Intel may spend more than $1 billion to acquire Habana labs, an AI chip start-up
Intel announces $2 billion acquisition of Habana labs, an AI chipmaker
$350 million acquisition failure? Intel will stop nnp-t development and focus on Habana Labs
Hot news this week
The company announced the shipment data of 2021 Q1: the proportion of Huawei fell to the sixth place in the world at 4%
Sony's third generation noise reduction experience: comparable to the strongest combat power of real wireless noise reduction headphones
Henan satellite TV "Dragon Boat Festival wonderful tour" full version popular all over the network: netizens call content amazing
New people to do "new" business: preparing for the battle with Zhang Ying, a peach farmer in Yangshan
In depth cooperation with Huawei real hammer! BYD open recruitment of "Hongmeng development engineer"
In 618, big promotion came, beware of the trap of cheating by taking advantage of the official SMS of charging companies' platforms
Can you travel around the world without leaving home? Jingdong 618 Jingdong International gives you a fancy "flying" strategy
Dragon Boat Festival colorful Luoshen amazing interpretation of underwater flying netizen: too beautiful, lost the language
During the period of 618, Jingdong will issue a total of 10 billion consumption vouchers, which have benefited consumers in 14 places such as Beijing and Zhejiang
Is salty or sweet rice dumplings popular? E-commerce platform: the sales volume of salty rice dumplings is twice that of sweet rice dumplings
The most popular news this week
480000! Baidu announced the cost of the fifth generation shared unmanned vehicle for the first time
Windows 11 desktop window, taskbar first look: a variety of layout options
Return after 10 years! Windows 11 latest boot audio exposure: listen to it
Yixin technology won the honor of "2020-2021 (4th) China IC unicorn"
Which brand of vacuum cleaner is better? Who should buy vacuum cleaners and floor sweeping robots at the same price?
Shenzhou Wentian wechat adds time limited status "rush"
A moment in history! The successful launch of Shenzhou 12
Airpods 3 will be launched this year! Apple executives hint: it may integrate the bracelet function
The first man after Bill Gates! Microsoft CEO NADELLA will also be chairman of the company: the first time in 20 years
Domestic mining fails Huaqing: the price of graphics card is falling