What's the way that TCL's BlackBerry has gone? 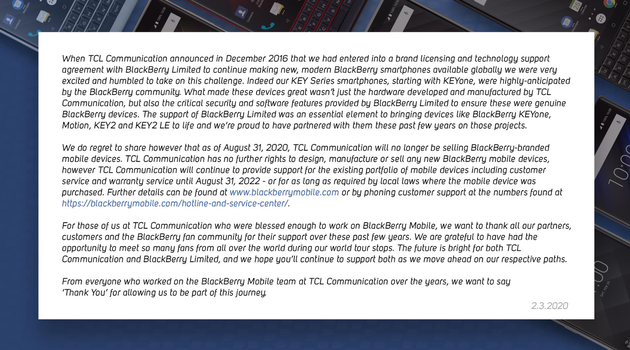 Blackberry and TCL are intertwined

Its small full keyboard design is popular among some professional users and players, and has won a number of fans. In the hottest period, it occupied nearly 50% of the market share of smart phones in the United States and 20% of the global market share.

But after the rise of touch screens, BlackBerry's insistence led the Canadian company down the road. Before TCL, blackberry seemed ready to leave the smartphone market and devote itself to hardware systems such as security services, enterprise services and the Internet of vehicles. 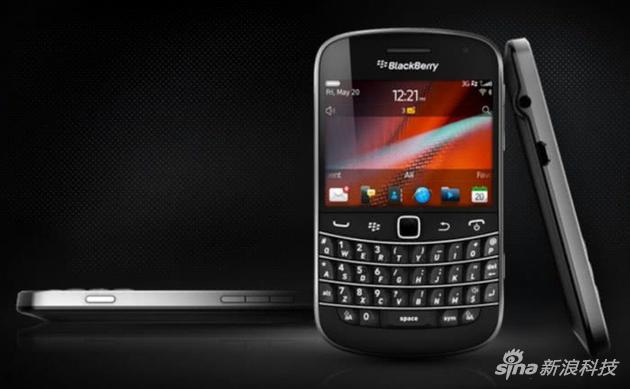 Until September 2016, blackberry put the fate of smartphones in TCL's hands to reduce capital expenditure. The Chinese company will be responsible for the development, design and sale of "BlackBerry" brand smartphones, while BlackBerry will only provide security services and supporting software. From this day on, blackberry is no longer the former BlackBerry. It is on a similar road to HMD Nokia and Lenovo Motorola.

The transition from BlackBerry to TCL

After TCL took over blackberry, it soon launched its first product, dtek60. This mobile phone did not continue the classic full keyboard of blackberry, but more in line with the touch-screen mobile phone in the general direction of smart phones at that time, and the Android system was adopted, with the main focus on security. 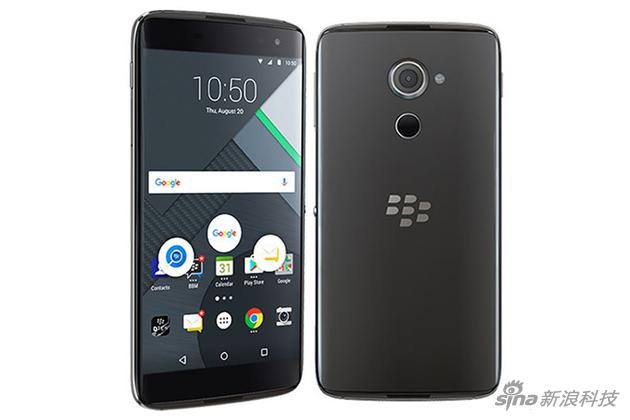 BlackBerry put the unique dtek security application into this product, which can help the system monitor other applications' calls to the user's privacy. However, in terms of design, the BlackBerry dtek60 is very similar to the idol 4S of Alcatel brand owned by TCL at that time, so many media at that time regarded it as the OEM product of Alcatel mobile phone.

Obviously, TCL is not fully prepared in this period, and TCL's BlackBerry first shot seems to be a little sloppy.

TCL brings BlackBerry back to China

Although it is manufactured by Chinese terminal manufacturers, the BlackBerry dtek60 has not entered the Chinese market. The first BlackBerry that Chinese consumers can buy through regular channels is called keyone, a product that combines a touch screen with a full keyboard. At that time, it seemed that this mobile phone was enough to excite BlackBerry fans. It not only inherited BlackBerry's lineage, but also had elements of a new era. 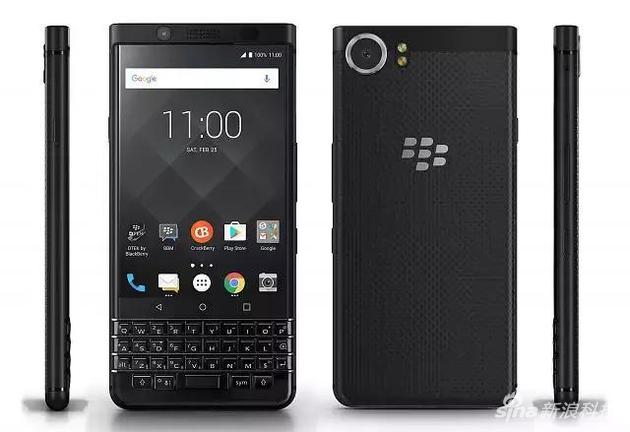 However, after the first appearance of CES International Consumer Electronics Exhibition and the cycling performance of MWC world mobile communication conference, blackberry keyone has never appeared in front of us. TCL, the actual operator of the mobile phone, seems to be weak in the follow-up. They have stretched the pre heating publicity cycle of the mobile phone too long: it was pre heated in January and officially released at the end of February, but it still hasn't been launched two months later. 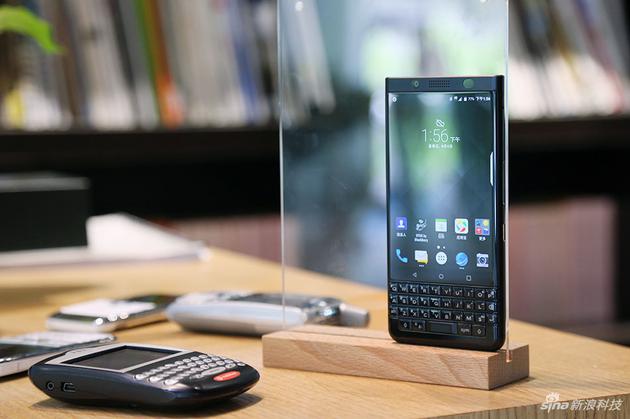 It's been four months since Blackberry KEYone officially entered China. It's really more "blackberry" than the previous DTEK series, and the touchscreen solid keyboard mix design style, the unique textured plastic material on the back, makes the phone look so different. TCL, meanwhile, was at the launch to create a blackberry return.

And there are some problems with blackberry keyone. Its proud touch-screen physical keyboard mash-up, while eye-catching enough, also poses operational logic problems, with users constantly switching between touchscreens and keyboards. Native app adaptations are also less perfect, and the BlackBerry-specific security software suite is a bit vulnerable because it doesn't have server support. (Blackberry KEYONE Review)

Of course, there is also the price. The price of 3999 yuan is hard for the BlackBerry keyone, who arrived in China late at that time, to attract users other than fans. After all, China's mobile phone market was still very competitive, and consumers could choose too many products. 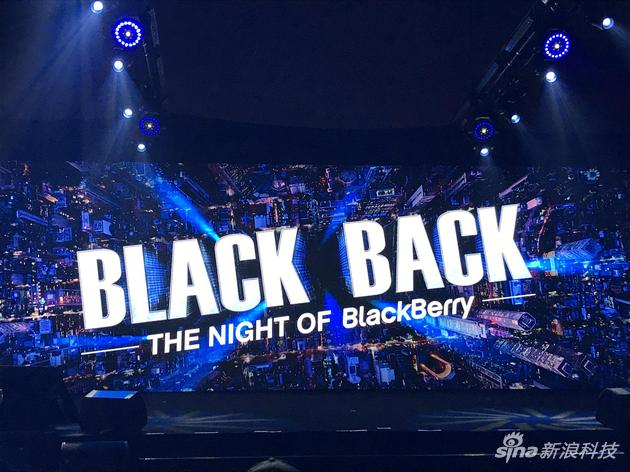 Shortly after its launch in China, the BlackBerry keyone had problems abroad. According to several foreign media reports, the screen glass of the BlackBerry keyone is easy to separate from the fuselage, and under moderate pressure, the screen will pop out of the fuselage. TCL quickly responded to this, adjusted the adhesive of the new screen glass, and solved the problem.

BlackBerry keyone didn't make TCL as brilliant as it had imagined, but the mobile phone manufacturer insisted on introducing the second product of BlackBerry's full keyboard series, blackberry key2. Compared with the amazing appearance of keyone, key2 is already a little out of its depth. 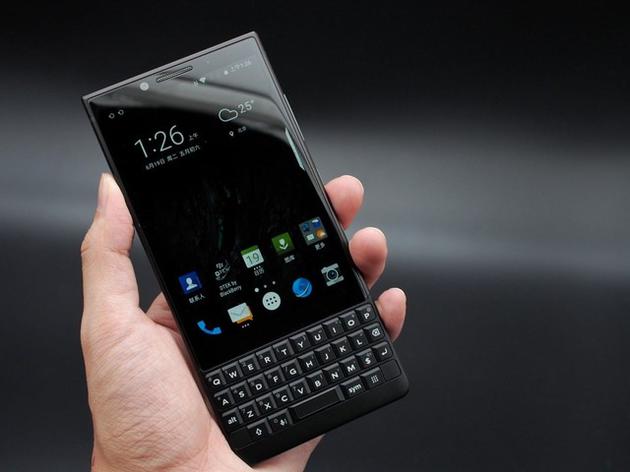 This mobile phone is more like the 2.0 upgrade of keyone. It inherits the core design of keyone - the interaction of full keyboard and touch screen. On this basis, it improves the configuration and optimizes the details. At that time, the press conference paid more attention to fans' propaganda. Although the official external caliber was to hope that the unique design would attract more young people, in fact, its user group only remained in the fans' circle.

The price is still 3999 yuan, but it uses a "long-standing battlefield" midrange chip, which is difficult for domestic and foreign users to accept. Because of this, TCL launched the key2 Le overseas, keeping the classic keyboard components of key2, further reducing the price.

At this time, in addition to online cooperation with Jingdong, blackberry under TCL has opened its first star store in Shanghai, and it is full of confidence to imagine the future. It wants to open about eight star stores in the first and second tier cities to provide BlackBerry local services and experience.

But when we heard the news again, "BlackBerry will be transferred by TCL" has been widely rumored. Although Yin chuanxue, BlackBerry's business director in China, denied the news in a private communication with sina digital, BlackBerry at that time was silent.

In the hearts of fans, the BlackBerry brand has always been indelible, just like Motorola and Nokia in the era of function machines. But with the changes of the times, these classic brands finally embarked on the road of brand affixing, and will never return.

Related news
BlackBerry OS has stopped running, and the generation of the "magic machine" BlackBerry has lost out to the era
Hot news this week
China has found 35 known cases of the new zoonotic virus Langya
Monkey acne cases have ranked first in the world that the United States has announced the emergency state of public health
Credit card points rule intensive adjustment online transaction points more "valuable"
Losses in a single quarter of $ 23.4 billion a record, SoftBank did not carry the plunge of technology stocks and the devaluation of the yen
The prevention and control of the American Monkey epidemic has failed. What should I pay attention to?
Sources say Samsung's Galaxy Z Fold4 is going up in price: a 512GB top unit will cost more than 13,000
Is the micro -business headache? WeChat friends are suspected to have a big move: 7 can only be posted a week
Kuaishou launched a self-developed cloud intelligent video processing chip: The chip has been streamed successfully
The new product of Xiaomi MIX is coming: both internal and external dual -screen has been upgraded to make up for the previous generation.
A new zoonotic virus, Langya, found in China has not yet been confirmed to be transmitted from person to person
The most popular news this week
Mr. Lei: Mr. Bezos apologized to me for not taking good care of Joyo.com
Ever wanted to buy Tencent QQ, Alibaba asked for a stake? Lei jun rumours
Lei Jun's first business thinking book "Xiaomi Entrepreneurship Thinking" was introduced to the latest and most complete Xiaomi methodology summary
Apple's iPhone is no longer a symbol of wealth in China: for reasons to be proud
Xiaomi Motor Autonomous Driving First Show: Automatic Charging of Autonomous Driving in the whole scene
Musk's eyes! Lei Jun released a full -size humanoid robot Xiaomi self -developed strength explosion table
The global streaming media have increased the animation circuit is becoming a new "breakthrough" for Youaiteng
Kuaishou TOB business Yu Bing: Self -developed chips or mass production after the end of the year, the video must be turned into light industry
Lei Jun: Once bid 10 million to buy NetEase was rejected by Ding Lei
Intel burns 23.2 billion won't make a decent graphics card