"5g is here" is a big event in the global science and technology circle last year. Standards are gradually improved, dozens of countries begin to use them commercially, and intelligent terminals are emerging The "5g first year" report card is really eye-catching, and China's power to promote 5g development is also remarkable. However, it will take time for 5g market to break out. Experts from China and the UK said recently,Although the initial development exceeded expectations, 5g is a "marathon" technology. To promote technological change in the long run, there are still many challenges, which need to be jointly promoted by all sectors of the industrial chain and consumers. 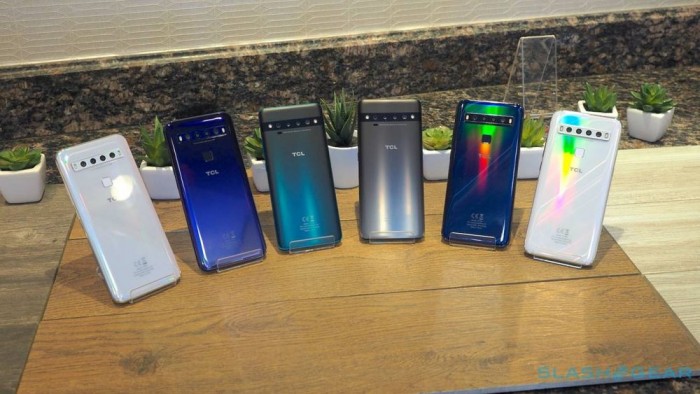 According to the global association of mobile device providers (GSA), 61 operators in 34 countries and regions have launched 5g commercial services by the end of 2019, and 348 operators are investing 5g technology, involving 119 countries or regions.

The 5g network that has been opened mainly covers some areas of big cities. How long does it take to achieve universal coverage? CCS insight, a British technology consulting firm, once issued a report predicting that the number of 5g users in the world will exceed 1 billion by 2023 and 2.5 billion by 2025, which is equivalent to the current number of 4G users in the world.

Wu Hequan, a academician of the Chinese Academy of engineering, said that although 5g was launched faster than 4G, popularization still needs a long-term process. The difficulty of 5g base station construction is to control the cost and help the public overcome the "radiation panic" mentality. 5g has a higher working frequency than 4G, and the coverage of a single base station antenna is smaller than 4G. The comprehensive coverage requires the construction of a base station with a larger number and density than 4G, and the investment cost is relatively high. In order to save investment and other considerations, China Unicom and China Telecom have signed an agreement to build and share 5g network.

Kester Mann, consumer and connectivity director at CCS Insight, sees 5G deployment costs as a major challenge, with some countries setting market access barriers for specific vendor-specific 5G devices, which will have a negative impact on operator control costs.

According to a survey conducted by CCS Insight,32 per cent of respondents did not think they needed 5G for the time being. Kester Man says clarifying the reasons for choosing 5G to consumers is another challenge. "People realise that faster speeds are part of the 5G, but in terms of the broader benefits and reasons for upgrading smartphones, I think consumers still lack understanding of the market in these areas."

Experts say that when the technology is deployed, the network is available on a large scale, and the application and services that really benefit from the new technology will enter the market. The 4G deployment follows a similar pattern," like the Naife app on your phone, or using Uber to help [solve] traffic," says Caset Mann." It's only a few years after the initial (4G) network deployment, and I'm guessing the same is true for 5G.

Compared with personal consumption, experts believe that 5g's greater value will be reflected in vertical fields such as smart city, Internet of vehicles, industrial Internet, etc., especially the integration of 5g with cloud computing, artificial intelligence and other technologies, which will generate new applications in the above fields. However, the application of 5g in the vertical industry also brings new security challenges, because mobile network security events may affect industry and infrastructure, which makes the importance of mobile network security more prominent in the 5g era.

5g technology has not been finalized yet. There are many differences in networking mode and spectrum utilization among countries that have opened 5g network in the world. Some operators and device manufacturers are still waiting for the development of technology.

In terms of spectrum utilization, 5g networks that have been opened in most countries, including China, are deployed in the middle and low frequency band below 6GHz (gigahertz), while 5g networks in the United States are built in the high frequency millimeter band. Experts explained that the main reason for this difference is the different basis of available spectrum resources in different countries. In terms of network construction performance, each band has its advantages and disadvantages. In the long run, 5g network not only needs to access to a large number of users, but also needs to meet the low delay requirements of scenarios such as automatic driving. Therefore, it is the future trend to comprehensively utilize multiple frequency bands. (according to Xinhua news agency, Beijing)

Related news
T-Mobile and sprint will accelerate 5g deployment in the United States
One plus eight us successfully completed T-Mobile SA 5g network connection
Hot news this week
A small plane in the US has crashed into a 30-metre high voltage power line and got stuck: 80,000 people affected
Can recording others' wechat chat records be used as evidence? The Beijing Internet Court has an answer
Alibaba launched a new cross-border e-commerce platform in Spain, aiming to operate independently in the middle and high-end market
It's not just Huawei! Beidou has penetrated more than 20 industries and applied more than 15.5 million products
When pure water is used in China team to solve the problem of seawater hydrogen production: it is expected to become an original industry
A Tesla crashed into two cars in Taizhou, Zhejiang province, killing two and injuring one, police said
Breaking the spell of "Android 3 year must card", the new Breguet mobile phone will be sold for the first time tomorrow: from RMB3499
The appearance of Xiaomi's mini console is revealed for the first time: an all-metal body with a strong apple smell
Be careful with your phone for a long time! The aunt played with her mobile phone so much that her fingers got stuck
Google's Project Zero team accuses vendors of slacking after ARM GPU bug exposes Android upgrade woes
The most popular news this week
Why is the Apple Pencil 2 not supported? iFixit takes apart the iPad 10 to find out
Zte's experience proves that there is no way out of appeasement and peace can only be fought out
China's growing presence in the global high-tech sector is unacceptable to the US
Us to investigate Lapsus$hack, Microsoft, Nvidia and others were breached
From January to October this year, the number of global travel app downloads approached 2 billion, with China's Amap, Baidu Map and Railway 12306 taking the top three places
With the acquisition of Pulse, Mozilla will develop a new approach to machine learning
Did the United States achieve its goal? More than 40 suppliers went to the United States with TSMC
Microsoft may not be able to offer its Microsoft 365 service in German schools after two years of efforts failed
A record $50 million in compensation! In the final judgment of the dispute over the infringement of Minecraft by Mini-World, NetEase won the lawsuit
Manufacturers like Samsung and Xiaomi have been affected. Google has revealed a dangerous flaw that threatens millions of Android devices