Chromium based Microsoft edge 80 released for windows and MAC

Microsoft has released a new update to its Chromium-based Microsoft Edge browser, which reaches version 80 on both Windows and Mac. Although Microsoft has made some other changes in this version, there is no doubt that the biggest change is to increase the support for surface Pro x, the surface driven by ARM processor announced by Microsoft in late 2019. 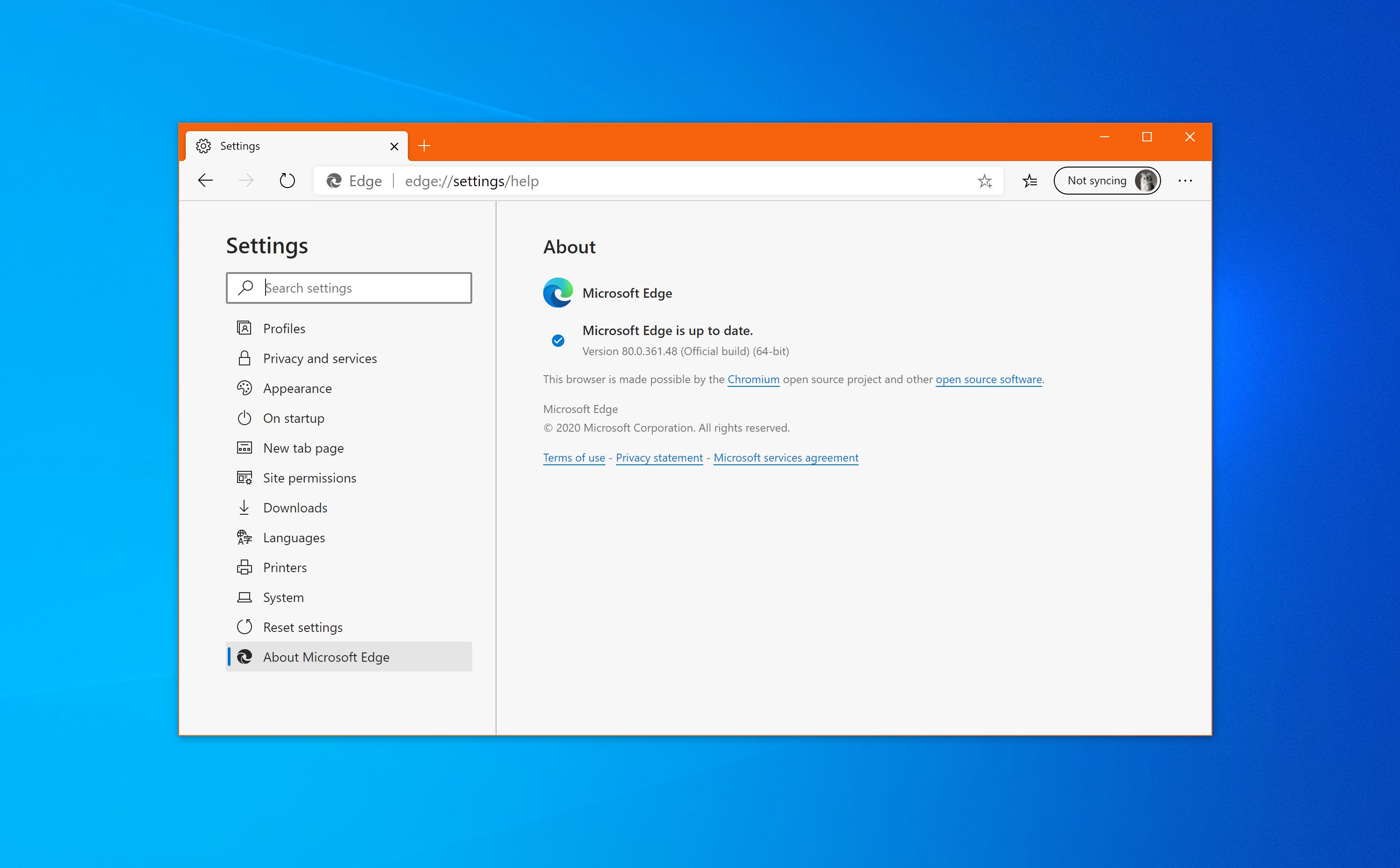 Surface Pro x is an alternative product for Microsoft to compete directly with Google Chrome book. In order to realize this vision, Microsoft must provide customers with a full-featured browser. However, there are very limited choices in the current arm64 system.

Microsoft Edge 80 specializes in ARM optimizations for the new version of the Microsoft Surface Pro X, including optimizing switching tabs and Web content rendering, Microsoft said. Because of the code improvements unique to this ARM version, browsing anything should have faster response and faster speed.

With the transition to the chromium engine, Microsoft edge is now available across platforms. Microsoft's update comes just days after Google released version 80 for its Chrome browser.

Microsoft also plans to introduce Microsoft edge into Linux, but the company has yet to disclose a timetable for the plan. At present, all work is carried out on windows and MAC versions, which are maintained in Canary, dev, beta and stable channels respectively.

Related news
Microsoft showcases Chromium-based Edge for macOS
Chromium Microsoft Edge is expected to be the default browser in the Windows 20H1 update
Microsoft's first beta version of Chromium's Edge browser has been launched
Microsoft released its first Edge browser based on Chromium 79
Microsoft announces the edge push mode of chromium version: win10 automatic update
Chrome Microsoft edge removed beta Tags
Chromium based Microsoft edge 80 released for windows and MAC
Hot news this week
Female graduate students leave school to give birth to the hot debate is hype? The husband has set up a webcast company
How much is 4G than 5G! Huawei Mate50 network speed detailed measurement 6799 yuan to buy explosion money?
It's hard to find a machine! Huawei Mate50's first sales: oxen can not buy the price of 10,000 yuan to grab the price
Huawei City's proportion is the first! Survey: Northerners love to use folding screens more than southerners
Our global car he is a special car for China! Saic Volkswagen and FAW-Volkswagen are fighting each other
Chongqing Xiaomi Consumer Finance Co LTD has been fined 500,000 yuan for misappropriating consumer loan funds
Are they really aliens? The US Navy confirms there are multiple UFO videos: but they cannot be made public
The second phase of the main structure of Xiaomi intelligent factory is completed to see the delivery at the end of next year
In order to change the iPhone 14: Women's net red sells old phones and comes with a large number of private photos
"Sheep a sheep" fire, is expected to attract hundreds of millions of financing? But it doesn't have a license...
The most popular news this week
Is Boeing envy? China Holy Purchase 332 Air Passenger Aircraft and China assembly 600th delivery
115 Web disk V30 version released: LOGO big change one -click backup WeChat content
Foxconn dismantles production line! The worst iPhone 14 sales ever: Apple failed
China's first pure electric convertible! Wuling Hongguang MINI EV Convertible Edition Listing: 99,900 yuan
Samsung applying for a dual -screen camera patent to support face recognition
There's a tidal wave of lying down, and ceos of big American companies are worried, saying, "Never seen anything like this."
Tesla sales response "disguised price reduction of 8000 yuan" : for the end of the quarter impulse, temporary activities
Apple iPhone 14 standard version is not good for sales, Lixun precision may face the risk of ordering orders
Billions of euros in investment, Intel Italy chip factory will be located in the Veneto region, sources said
China Mobile to develop 5G Tidal Smart Antenna: Where the crowd