According to foreign media mspoweruser, it was previously reported that Samsung had positioned its Galaxy Z flip as a female, and its design was obviously inspired by the look of lancombe's make-up. Now, according to Korean media mk.co.kr,Samsung is teaming up with high-end designer brand Thom Browne to release Galaxy ZFlip, which will retail for 3 million won (about $2,500). Regular versions are expected to fetch around $1,500.

A few weeks ago, Thom Browne released a short film through his official account announcing a partnership with Samsung. 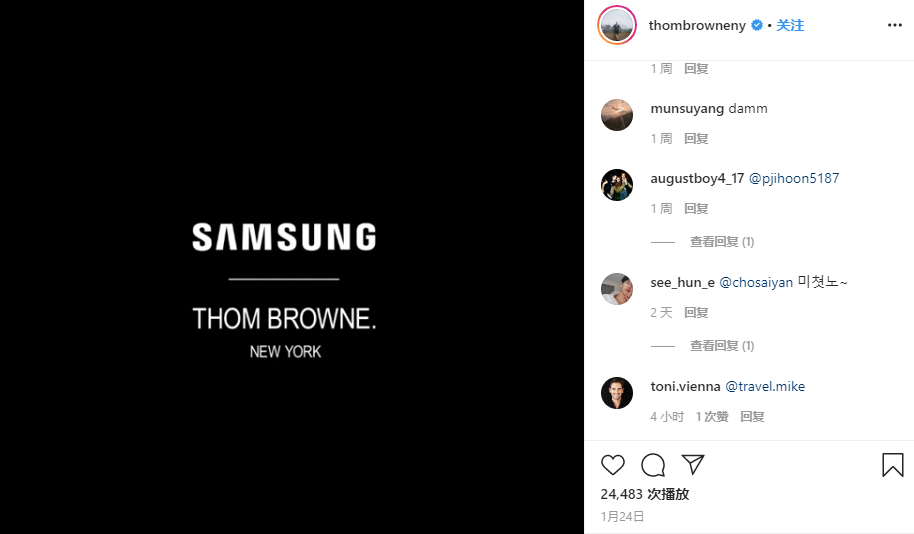 Samsung relies on its ultra-thin glass screen technology to stand out from its folding phone competitors and hopes to sell a total of 5 million folding phones this year, including the new Samsung Galaxy fold 2 with an 8-inch screen.