Tencent to give up Tim?

Do you remember Tim by Daming Lake when you are working remotely?

With the situation of epidemic prevention and control still severe, online office has become a hot topic. As a result, Tencent, Alibaba, byte skipping, Huawei and other enterprises have come up with their own skills in the field of telecommuting. Nailing, enterprise wechat, fly book and other enterprise office applications have also become the most frequently opened apps in recent period.

But Tencent's TIM seems to have been forgotten

So, another netizen asked: is Tencent going to give up Tim?

At present, Tim team is working normally, and the new version is under development. We will continue to optimize the basic experience, strengthen the linkage with Tencent documents, and provide users with stable, efficient and secure product experience in more efficient collaboration scenarios.

That being said, it's an indisputable fact that the TIM client version has been updated slowly

An attempt of Tim and QQ in the field of office

In November 2016, Tencent officially launched TIM, an IM client for office scenarios that has both mobile and PC versions; and in the official version it is called the

In fact, Tim itself is the product launched by Tencent QQ team. In terms of product experience, it has a simple interface, simple functions, and no advertising. On the basis of QQ chat version, it adds the support of collaborative office services. It can use QQ number to log in directly, friends and messages are fully synchronized, and it supports multiple people to edit word, EXCEL documents, etc. online, as well as the web Web page view and document export, can also support multi person call, and conference reservation.

Obviously, the introduction of Tim is an attempt of QQ in the field of office.

It should be noted that before the introduction of Tim, QQ, as an excellent communication product, has been applied to office scenes by many people. In particular, compared with wechat, QQ itself has unique product advantages in large file transmission, multi-user dialogue, group functions, etc., so it also gains a number of office users.

So the question is, why does the QQ team launch Tim alone?

In the view of Lei Feng net, the launch of TIM, to a large extent, and QQ at that time in the user activity performance. QQ's monthly activity in the third quarter ended September 30,2016 was 877 million, according to Q3 results released by Tencent in November 2016

Looking back at the current situation, we will find that for QQ in the second half of 2016, although its volume was still strong at that time, it has already felt the threat of user volume from wechat.

In this case, the QQ team launched Tim on the basis of QQ, which is more like a refined extension of QQ office functions on the basis of more accurate scene definition and more perfect functions. Its goal is to obtain a larger office user group, so as to maintain its own user volume and product status.

It is worth mentioning that in 2016, when Tim was born, the enterprise wechat produced by wechat team has also been launched and started to work.

Tim has been in the limelight, but there are bugs

After the introduction of Tim, it has been continuously improved in terms of office scenes.

For example, in version 1.0, TIM was added

It can be said that in a long time after the launch, Tim has made a lot of efforts to improve the user experience and office functions.

From the external point of view, after the release of TIM, has also occupied a lot of publicity. For example, in April 2017, Tencent announced the release 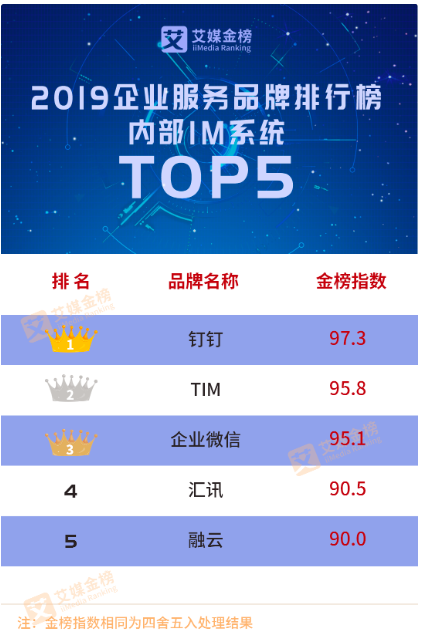 However, with 10 releases of 2.3.0 in 2018 as the turning point, Tim revealed some obvious problems.

Even iPhone users Tucao said, TIM even iPhone XR and other new mobile phones resolution is not timely adaptation.

And from the user's practical application feedback, TIM also appears bug frequently in the user experience from 2018. Some netizens complained that TIM had a severe information lag, while others reported that TIM had bugs in multiplayer video chat and information synchronization, while others found the iOS version of TIM couldn't watch the video under mobile traffic

In the first half of 2019, a longtime Tim user said on a social networking site:

After experiencing Tim a year ago, I felt great. Then I changed my PC and mobile phone from QQ to Tim. However, Tim is not updated for a long time, and there are some small problems for a long time (for example, for IOS, QQ fast login does not support Tim, and it will automatically pull up QQ). Last month, it was suddenly found that the updated mobile QQ can manually turn off some strange functions, and the degree of conciseness can roughly meet the visual requirements, so QQ was replaced from Tim.

This can be seen as a microcosm of the relationship between users and Tim.

Did Tencent give up Tim?

TIM's most recent update was the 2.5.2 version on the iOS platform, dated January 17,2020; in terms of the update, TIM simply indicated some bug fixes to further enhance stability

To this, a netizen comments: The meaning of TIM update is just to brush the version number and increase the installation package, and remind everyone

So, has Tencent given up Tim?

In response to this problem, some netizens said on the platform that the TIM team had not been disbanded, and had been responsible for doing Tencent documents for a while before, so TIM had not been updated; but at the end of last year, some user comments were collected to prepare for the update

And Lei Feng net (public number: Lei Feng net) also noticed that in order to deal with the remote office and teaching after the epidemic, QQ also launched the latest version of V8.2.7 on February 7, in which the new QQ group call, mobile phone can achieve computer screen sharing, full microphone, camera management and other functions. According to this, some netizens speculated that the TIM team might go to QQ to help do office functions 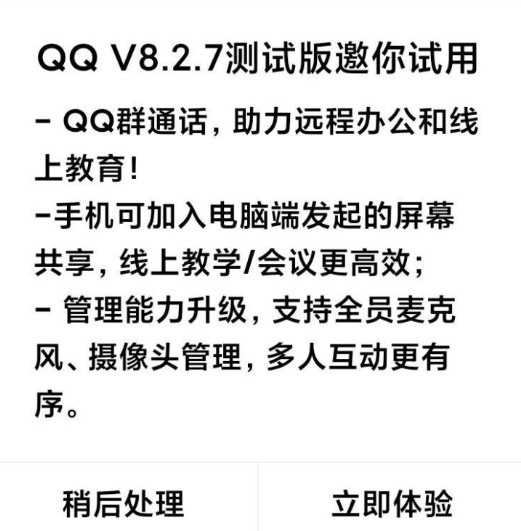 However, as officials say, tencent is not giving up tim. However, as far as TIM is concerned, Tencent's products, such as WeChat, Tencent Document, Tencent Pleasure and Tencent Conference, have been officially defined as

Finally, think back: when was the last time you used Tim?

Related news
N don't update Tencent for a long time to give up Tim? Official response
Tencent to give up Tim?
QQ Office concise version, Tencent TIM "cloud file" function will stop service
Hot news this week
With the NIL technology, Canon wants to provide China with a lithography machine comparable to the EUV
The Long March 9 is basically confirmed: the low-orbit carrying capacity of 150 tons can carry the entire space station into space
A small plane in the US has crashed into a 30-metre high voltage power line and got stuck: 80,000 people affected
Alibaba launched a new cross-border e-commerce platform in Spain, aiming to operate independently in the middle and high-end market
Can recording others' wechat chat records be used as evidence? The Beijing Internet Court has an answer
Google is concerned that Microsoft's acquisition of Activision Blizzard will affect the ChromeOS experience
When pure water is used in China team to solve the problem of seawater hydrogen production: it is expected to become an original industry
It's not just Huawei! Beidou has penetrated more than 20 industries and applied more than 15.5 million products
The second generation Snapdragon 8 flagship! Mi 13 toughened film appeared: four sides and other narrow screen accounted for a stable ratio
A Tesla crashed into two cars in Taizhou, Zhejiang province, killing two and injuring one, police said
The most popular news this week
The first Snapdragon 8 series phone in the popular colors of 2023 hits the shelves: a stunning 5600 yuan design
Why do laptops need more memory?
Increase production capacity! Apple speeds up iP14 Pro shipments: Arrive as soon as New Year's Day 2023
What a fan! Netizens spend ten thousand yuan to get three mobile phones at once: beautiful
A bachelor's degree is needed for a New York City rat control manager who earns 1.2 million yuan a year
4090/80 Take that! Third party pre-orders for AMD RX7900: The most expensive over 11,000
Mi 13 series press conference preview: It is likely to start 3999
Wu Jing endorsed the new model, which goes on sale next week: the 512GB version is almost half the price of the iP14 Pro Max
Why did Chinese fans come to Qatar
Sega Technology: intends to increase the total capital of US $1 million in US Electric with related parties