According to foreign media, there was a problem with the valve assembly of the second stage of the Falcon 9 rocket,Space X, the US space exploration technology company, has delayed the launch of the next batch of Starlink satellites. The next attempt will take place on February 17 local time (Beijing time 18), the company said. 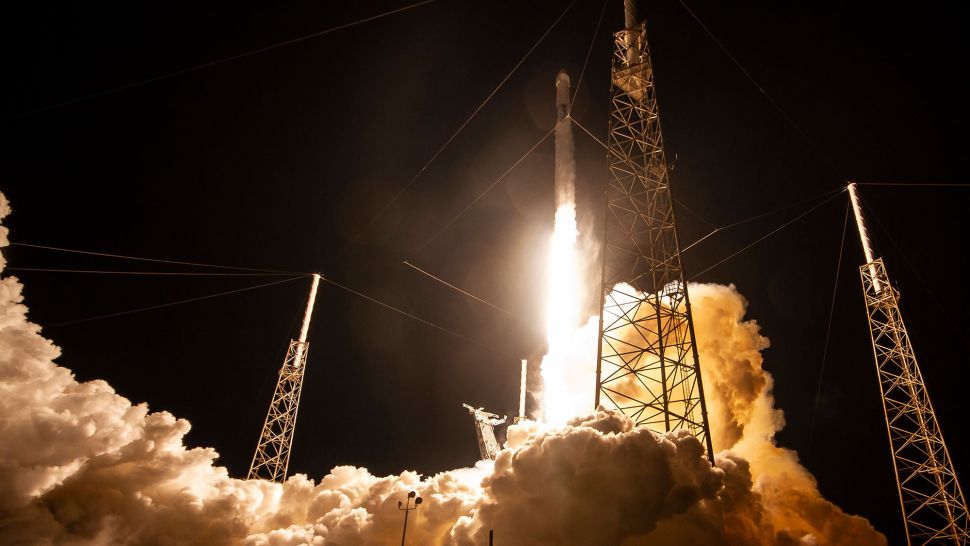 Figure: in May 2019, the space X Falcon 9 rocket will supply the crs-17 cargo dragon spacecraft for NASA. The same booster is planned to launch the satellite chain tomorrow

Space X was originally scheduled for 10:25 a.m. Eastern time on February 16, when it launched 60 star chain satellites with a four handed Falcon 9 rocket at launch pad 40 at Cape Canaveral Air Force Station, Florida. However, the rocket's hardware problems caused the company to delay the launch for 24 hours.

A representative of space X wrote on Twitter: "the launch of the satellite chain has been suspended and the team is carefully examining the components of the rocket's second stage valve. The goal now is to launch on February 17 local time. "

This is not the first time that the launch of the satellite chain has been delayed, after bad weather conditions prompted space X to postpone the launch to the weekend. Space X completed the mission's pre launch test on February 14. The company had hoped to launch the rocket on February 15, but after studying the weather forecast, it found that the 16th was a more suitable date.

The two-stage Falcon 9 rocket, which launched the satellite chain, had flown three times before, sending the cargo dragon spacecraft to the international space station in May and July 2019 respectively, and a heavy communication satellite into orbit in December 2019.

After the successful launch, the rocket's first stage is expected to land on SpaceX's unmanned recycling boat, marking the company's 50th successful recovery of the booster. SpaceX is also trying to recover the payload fairing and has deployed its two recycling vessels. Elon Musk, SpaceX's chief executive, said the moves would ultimately reduce launch costs.

Related news
Deep net|Successful launch of the thousand-day one. How far is China's commercial space flight from Space X?
Space X delayed the launch of 60 satellite chains again due to hardware problems
In five years, can we really wait for China's space X?
Aquarian Space: Wi-Fi networks will be covered on the moon over the next two years
Hot news this week
Tencent Music rose more than 3%, and its average monthly revenue of more than 10,000 musicians in 2021 doubled, and NFT will generate revenue for musicians
China Telecom and Huawei jointly released "Super Time Frequency Fold" 5G Determine Network wireless key technology
CNKI is a wholly foreign-owned enterprise? A-share listed company Tongfang shares responded in this way...
Apple has increased incentives in China to up to 15,000 yuan after cutting the trade-in price in the US
Washing your nose with salt Water may Prevent COVID-19, experts warn
"Tmall responds to over 300 minus 50" to the hot search, netizens: Don't engage in Olympiad, less routine more sincerity
Gree Electric has nothing to do with Gree Real Estate! Dong Mingzhu reiterated that he did not do finance and real estate
Xiang responded to Tesla's lawsuit by saying he was dissatisfied with tesla's arrogant attitude but not defamatory
Microsoft has launched an adaptive mouse for people with disabilities that can be assembled as many parts as they want
After the release of the 2999 yuan new machine, it instantly became the hottest model in the headlines: dominating the list all night
The most popular news this week
The domestic screens are rolled to the 2K screen. Why don't Apple follow the roll?
Experts remind: Do not put disinfection pieces to the sewer, it is useless and harmful to disinfection outdoor outdoor disinfection
Flying Pig's new "Yunyou Museum" can watch the live broadcast of nearly 20 museums in China
DEEPMIND training more than 600 tasks such as chatting, playing games, and accumulating wood
4K display uses 240Hz for the first time! Samsung's new flagship display is coming
Accidentally found a new track! AMD Rayon 7 6800U batch arrived
Better iPhone signal! Apple has released a new official version of iOS
iPhone security big overturn, built-in chip low-power operation, after shutdown can still be tracked location
Hong Kong stocks popular technology stocks rose sharply: JD.com rose more than 9% Ali rose more than 8%
Yu Minhong: Strive to open source while reducing costs quickly, or New Oriental will die