Facebook proposes new EU regulation: Build a "moat" for itself

Facebook CEO Mark Zuckerberg is lobbying EU regulators in Brussels to enact new laws to regulate areas such as artificial intelligence and content moderation, foreign media reported. If regulators follow Facebook's advice, they may increase the power of social networks.

In fact, the EU's general data protection regulation (gdpr) has already reflected this point. The starting point of this idea is to strengthen privacy protection and weaken the exploitative data collection relied on by the business models of technology giants such as Facebook and Google. However, according to who tracksmee, the result is that Facebook and Google's market share in the EU has actually increased or slightly decreased, and all other advertising technology providers have been destroyed by this regulation. 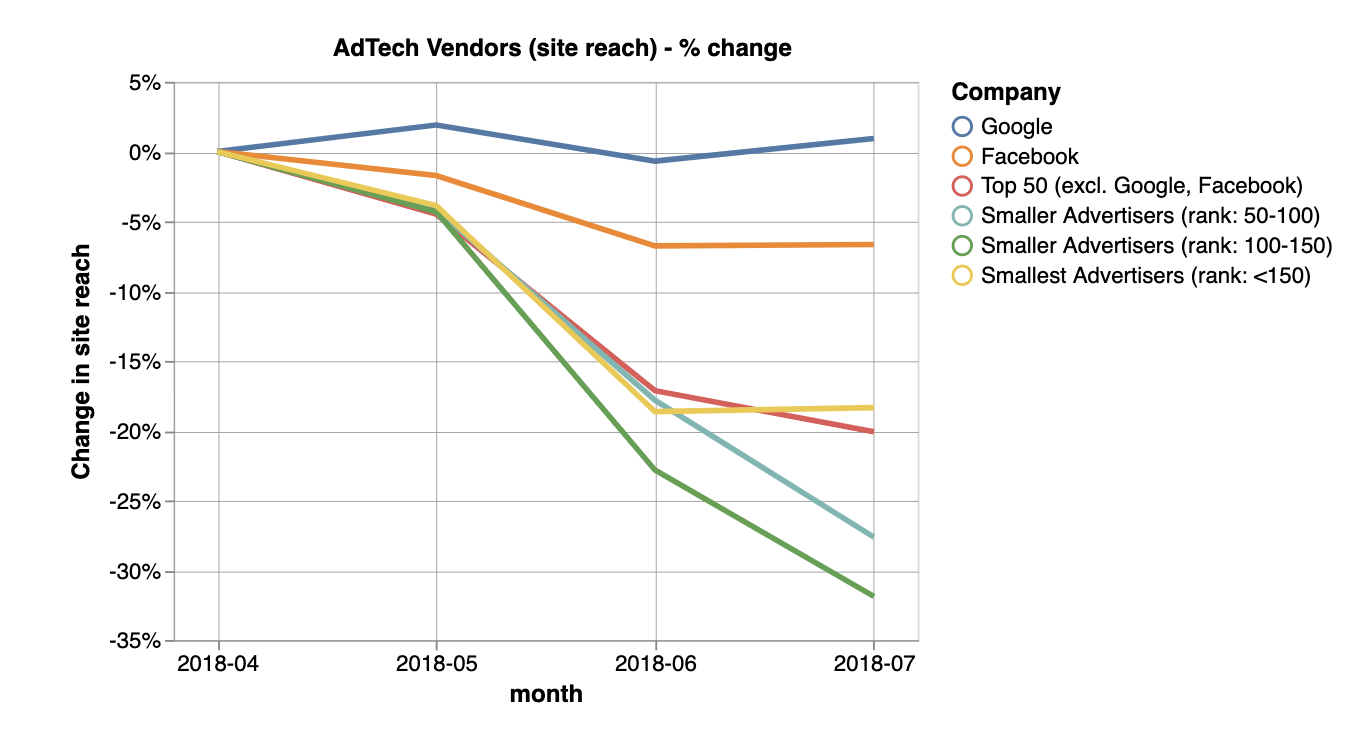 Technology giants such as Facebook have lawyers, lobbyists, engineers, designers and steady cash flow to cope with regulatory changes, while smaller competitors don't spend time and money complying with the rules but choose to give up, downsize or sell.

Under gdpr supervision, each player must add new transparency and choose not to add features. If Facebook passes a series of requests, it will move forward largely undisturbed as competitors and upstarts race to catch up. 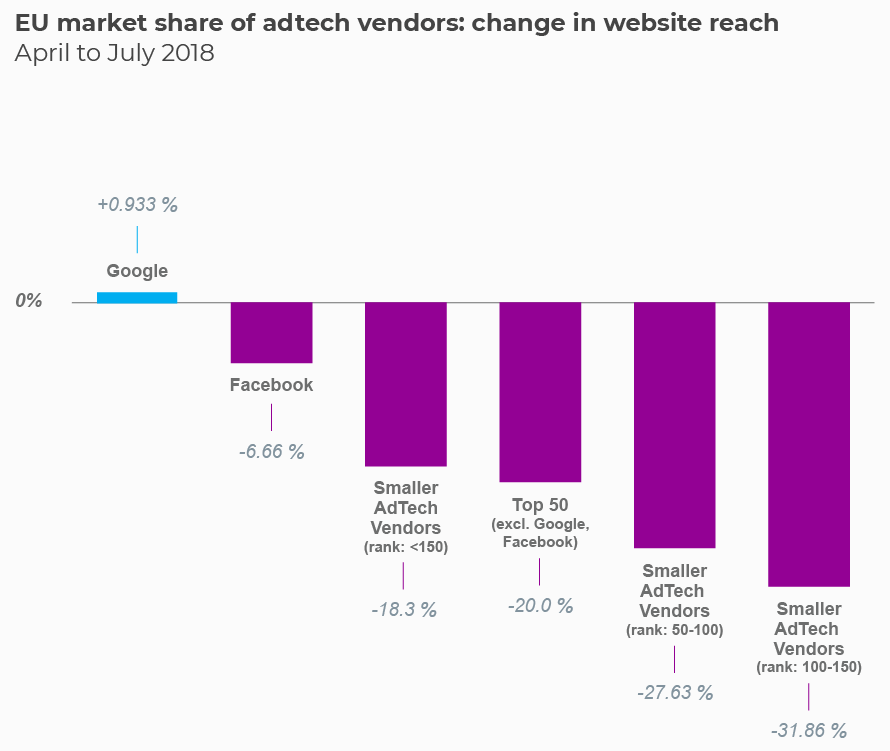 But that doesn't mean these protections are unreasonable for every company, but regulators need to consider issues Facebook doesn't imply.

Here, let's take a quick look at the suggestions made by Facebook. It's not hard to see that all the content it puts forward is what it has achieved:

External oversight of policy or implementation - facebook is in the final stages of identifying its independent oversight committee;

Consult stakeholders when making major changes - facebook will consult a Security Advisory Committee and will create a new oversight committee;

Create a channel for users to appeal the company's decision to delete content - Facebook's Oversight Committee will review the content deletion complaint;

Take incentives to achieve specific goals, such as keeping the prevalence of illegal content below an agreed threshold - Facebook has been touting how to proactively detect 99% of children's naked content and 80% of hate speech, and delete 99% of Isis and Al Qaeda content. 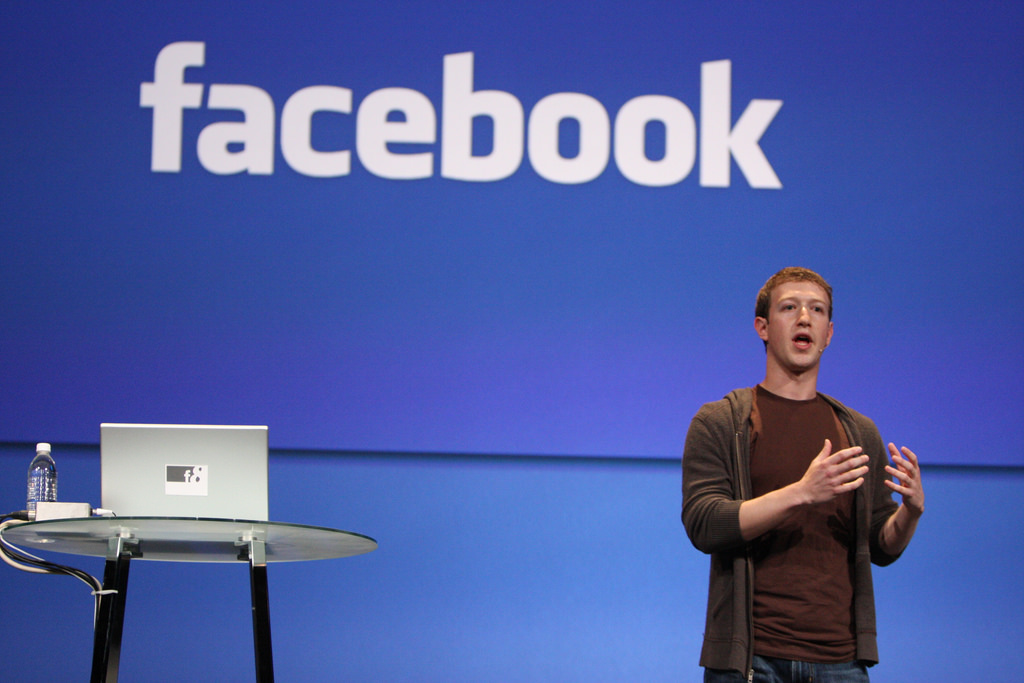 Finally, Facebook also proposed that it should stipulate what content should be banned on the Internet on the basis of recognizing the differences between user preferences and Internet services, allowing large-scale implementation and flexibility between language, trend and context. In response, Facebook has launched different content in different regions to comply with local laws. Zuckerberg also said he supports customized filtering of content, with the default setting set by the local majority.

In addition, Facebook made $18 billion in profits from user data in 2019, but repeatedly let people see that it did not fully protect the data.

For regulators in the European Union and the United States, there is still a lot to investigate: should Facebook be taxed for its use of AI? How does the company treat and pay its human content moderators? Will requiring users to export an interoperable list of friends promote much-needed competition in social networks so that the market forces Facebook to do better? As Thierry Breton, EU internal market commissioner, told reporters after Zuckerberg's meeting with regulators, "adapting to these companies is not about us, it's about them adapting to us."

Related news
Buy Hemp Flower EU
512EU+2.4GHz Intel flagship graphics card running score exposure: on par with RTX 2070
Hot news this week
Apple is recruiting neurorendering research scientists to create immersive experiences for AR/VR products
Tesla China will take the initiative to significantly reduce production if it still fails to sell by 40,000 yuan
The Internet reported that the Shanghai factory would voluntarily cut production by 20%, Tesla responded
Hangzhou Internet Court: NFT digital collection belongs to the network virtual property, protected by law
Amazon has withdrawn a new offer from its retail division, cutting off new employees who were due to start early next year
You know what? Looking at your phone while driving is the equivalent of driving blind for about 50 meters, which is extremely dangerous
The United States has approved the first fecal transplant to treat disease by transplanting someone else's feces
Dalitsu, a lens supplier for Apple's iPhone 14, reported revenue of NT $5.231 billion in November, up 20 percent from a year earlier
Transsion Holdings: Established a global strategic partnership with Google to carry out in-depth cooperation in areas such as Android system
Do the most lightweight and smooth system! - MIUI 14 will come soon: The flagship will also be upgraded two years ago
The most popular news this week
Activision Blizzard CEO says Microsoft acquisition will go ahead, FTC allegations are factually incorrect
Experts: do not take ibuprofen if you eat Lianhua Qingdian, separate Chinese and Western medicines
Up to 56 cores! The new generation of Intel processors is coming.
Upgrade second regret! Serious problems after AirPods Pro 2 update
Apple got Sony's flagship sensor! iP15 is now more expected
Ibuprofen does not have to compete for the world's largest production capacity in China: one company is enough for 3.3 billion people.
QQ level first in the world! I responded to make netizens envious: the family opened the Internet cafe
Cook's "no" to Musk: cost Apple 4.4 trillion
AI paintings fetch a record price of 1.1 million! Baidu's AI painting was tested and the result was amazing
Burst! Tesla China discontinues Model Y production