The blogger said,The best position to use Galaxy Z flip is to place it on your chest to watch the video.

Thanks to the folding up and down design of Galaxy Z flip,When the phone is folded at 90 degrees, the screen is right in front of the human eye. It's the best way to play it by lying on the sofa and watching videos. 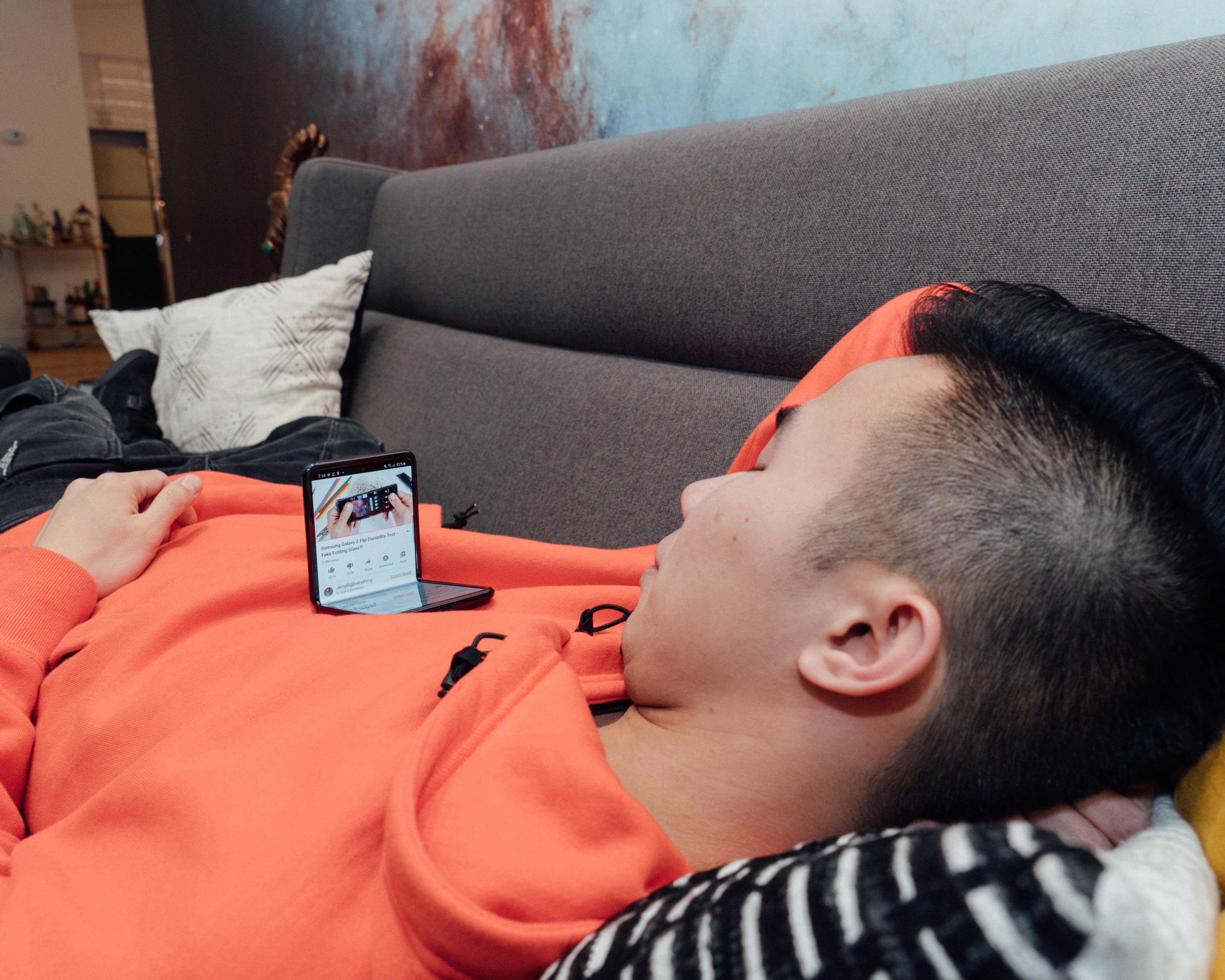 According to the data, Galaxy Z flip is a new generation of folding phones launched by Samsung at the galaxy S20 series launch.

It adopts the design of folding up and down, and the screen is square after closing, which is similar to the Motorola Razr.

The advantage of this is that the fuselage is more compact and compact, easy to carry. The look of Galaxy Z Flip is more flattering than that of Galaxy Fold.

It is reported that galaxy Z flip adopts the design of suspended folding hinge,The new hinge helps the galaxy Z flip to open and close at any angle, which is a bit like the design of the rotating shaft on the laptop. When taking selfie, you can use the tripod as a support, and directly put it on the table to make video calls or take selfie. 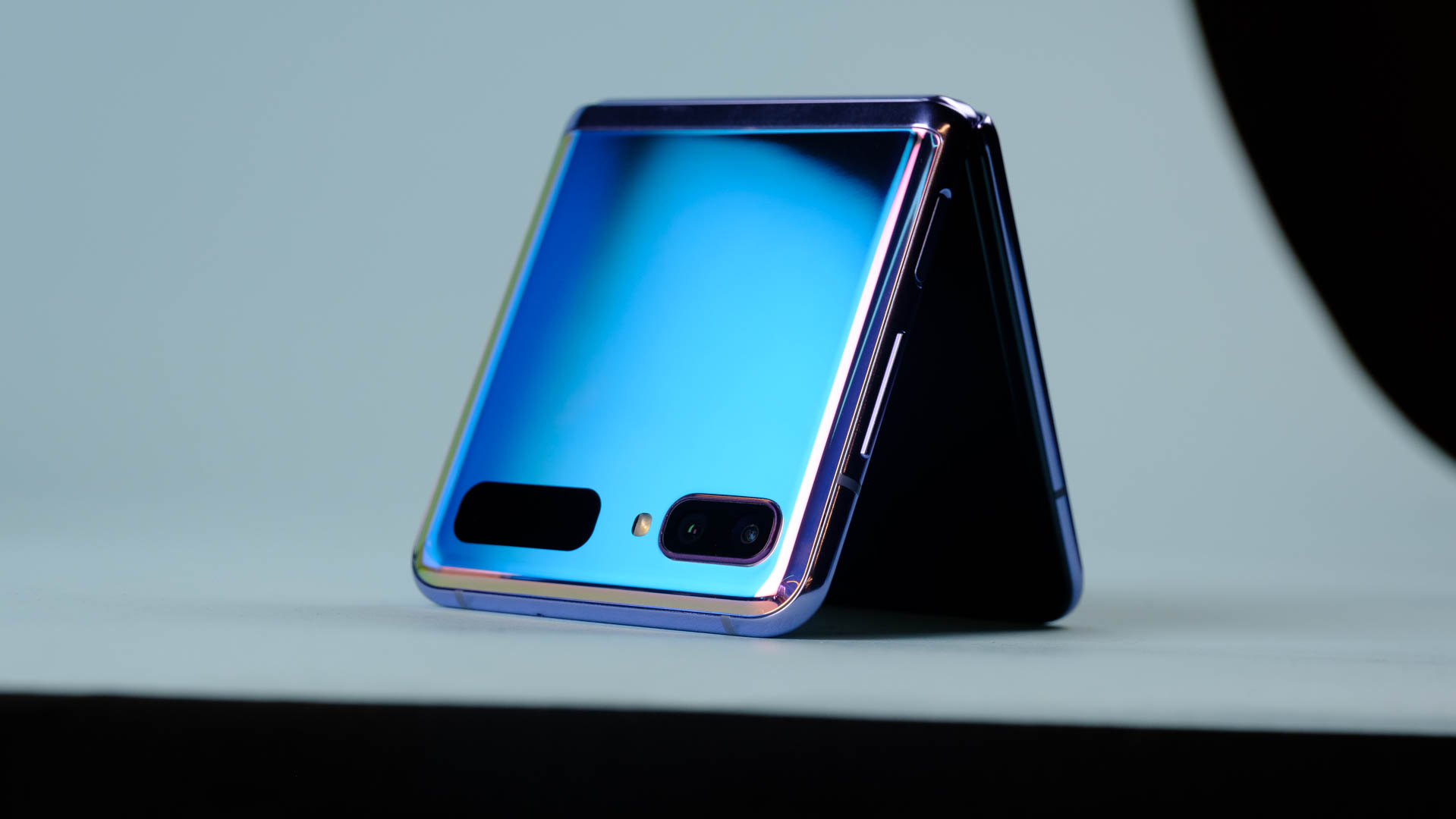