Tesla may use the non cobalt battery of Ningde era. What about the ternary battery?

On February 18, the media quoted a source as saying that Tesla is in contact with Ningde era to use the cobalt free battery of Ningde era on Tesla cars made in China, and the negotiation has come to an end.

Cobalt is one of the most expensive metals in automotive batteries.

If this agreement is reached, it will be the first time for Tesla to use lithium iron phosphate (LFP) batteries in its products. The most important reason for Tesla to focus on LFP batteries is to reduce costs.

Tesla has been in talks with Ningde for more than a year to supply LFP batteries that will cost less than existing batteries, the media said, citing sources

What is a cobalt free battery?

The former refers to lithium ion batteries with lithium iron phosphate as cathode material, which are free of precious metals such as cobalt, and have the advantage of low manufacturing cost and low price. 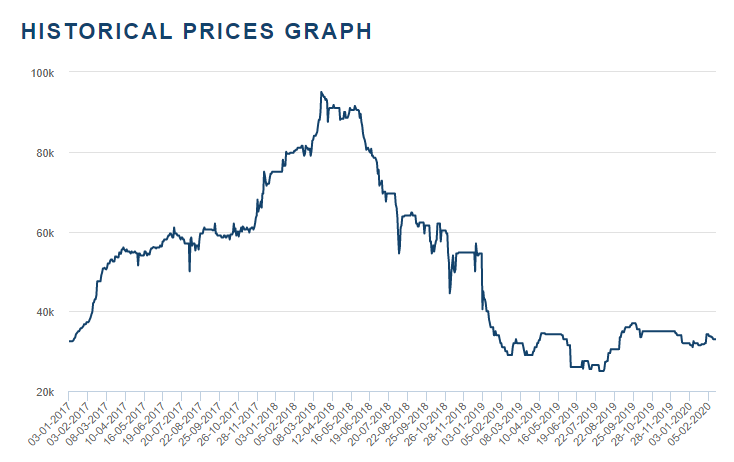 Although the current price of cobalt is far below the record high, the price of more than $30000 per ton still makes the metal the most expensive raw material for lithium-ion batteries (the chart is from LME)

In addition, the energy density of the cobalt-free battery can be increased rapidly, and the CTP of the blade battery can increase the volume of the single core / battery pack from 45% to more than 60%, greatly reducing the space and increasing the vehicle range.

In terms of production, there is no need to build a large number of new production lines for cobalt free batteries: lithium iron phosphate technology has been widely used in buses with sufficient capacity.

In terms of safety performance, lithium iron phosphate battery is also better, with few accidents such as deflagration.

Many manufacturers use the safety redundancy of lithium iron phosphate to make up for the lack of energy density. For example, the CTP technology in Ningde era, namely cell to pack, reduces the production of parts and components. The energy density of battery can reach 200wh / kg. Similarly, BYD's blade battery technology can increase the bulk density by 50%.

In terms of commercialization, Ningde times and BAIC have reached a strategic cooperation on CTP application, and BYD's blade battery will be the first to be used in this car in March this year.

Although Tesla has given up on cobalt free batteries, this does not mean that Tesla will completely abandon the three-way battery.

The effect of blade battery on lithium iron phosphate is revolutionary, which solves the problem of volume energy density of lithium iron, so that the 400-500km passenger car can use lithium iron, while the previous chassis can not be installed. But the blade battery is just a technological innovation, the electrochemical material itself has not changed, and the defects of lithium iron phosphate material itself have not changed. Chemical technology upgrading has just begun, iron and lithium have lagged behind, and the follow-up is still lagging behind.

Related news
Disassembly report: iPhone 11 Pro smart battery case smart battery case (a2184)
Tesla and Ningde times negotiate: or use cobalt free batteries in domestic electric vehicles
Tesla "single" battery giant: Super ambition of strong buyer
Tesla's attack on cobalt free lithium battery is out of favor?
Tesla's domestic model 3 long-term battery solution confirmed
The secret struggle among Tesla, Weilai and Xiaopeng
Battery day is disappointing, Tesla's thighs are not easy to hold
After changing the battery, is Tesla Model y going to start killing?
Hot news this week
Behind the exposed layoffs, China has praised the loss growth, and the stock price has fallen 67% in three months.
The news said that the Wi-Fi7 chip uses a 7/6nm process to stimulate QFN packaging and aging testing needs
Alipay life channel 20 million people see Wufu Sheng Xiaoka lottery live, fans: difficult for the public
The U.S. government is introducing new policies to attract international students in fields like science and technology
The U.S. Senate Committee passed the tech antitrust bill, and giants such as Apple and Google rose to the challenge
It has been exposed that it will be acquired by Tencent: the Black Shark 5 game mobile phone is officially announced!
China has successfully developed the world's lowest power phase change memory: a thousand times lower than mainstream products
Microsoft Apple Meta seizes the XR market, the Samsung of the fillet folding screen mobile phone or wants to catch up
K50 e-sports edition opponent is coming! A new Chinese phone released in February: it claims to be the best gaming phone
Station B Bilibili 2021 Top 100 UP Main Selection: 63% of new entrants, double the proportion of scientific and technological knowledge
The most popular news this week
7 years! The classic control panel doesn't die: Windows 11 takes another step back
All color renderings of the Samsung Galaxy S22/Plus/Ultra flow out
Indian smartphone shipments increased by 12% of China's reputation points near 68% share Samsung plans to add code
Three months after launch, Microsoft is "happy" with Windows 11: more successful than previous systems
Google announces the abandonment of FLoC: launches a new Topics API to replace third-party cookies
Reveal the "land Probe 1 A star" space autopilot: "time and space revisit" to predict geological disasters
Circle of friends can send more than 9 pictures weChat iOS version 8.0.18 official version of the new content public
Douyin push incentive plan: carry forward China's excellent traditional culture
Common software is spitted in an amazing: mobile phone app memory
A rocket launched by the United States 7 years ago was about to hit the moon and self-destruct: the speed was staggering