Last june, amd launched the 7-nm zen2 architecture of the ruilong 3000 processor, also by the way of the ruilong 3000 series apu, but it is also a 12-nm zen architecture, the equivalent of the second generation ruilong vgea set of the combination. In September, the sale was officially launched in China, mainly at 53400G and 33200G, of which 53400G were 4 core 8 routes, CPU reference frequency 3.7GHz, maximum acceleration 4.2ghz。

Compared with the previous generation of sharp dragon 52400g, it increased 100MHz and 300MHz respectively, and integrated Vega 11704 stream processors, with frequency of 1400mhz, speed up of 150MHz, and thermal design power consumption of 65W.

In the European market, the recommended price of the sharp dragon 53400g is 159 euros, which once dropped to about 130 euros. Considering the listing time, this price is a normal price decline. After all, the sharp dragon 3000 series have been fully reduced.

However, the price of the sharp dragon 53400g has started to rise recently,From the end of January to now, the price in the German market has increased by about 20%, and now it is more than 160 euros。

Not only is the price rising, but the reason for it is also very strange——There is no problem in supply and delivery. It can be ruled out that shortage causes price increase。

If we want to analyze why the price increase is related to the location of the processor,There is no integrated graphics card for the sharp dragon 3000 series of AMD. The cheapest sharp dragon 53500x costs about 1000 yuan, and a single display costs at least 2300 yuan. Therefore, those users who do not need high performance must give priority to such Apus as sharp dragon 53400g or sharp dragon 33200g. 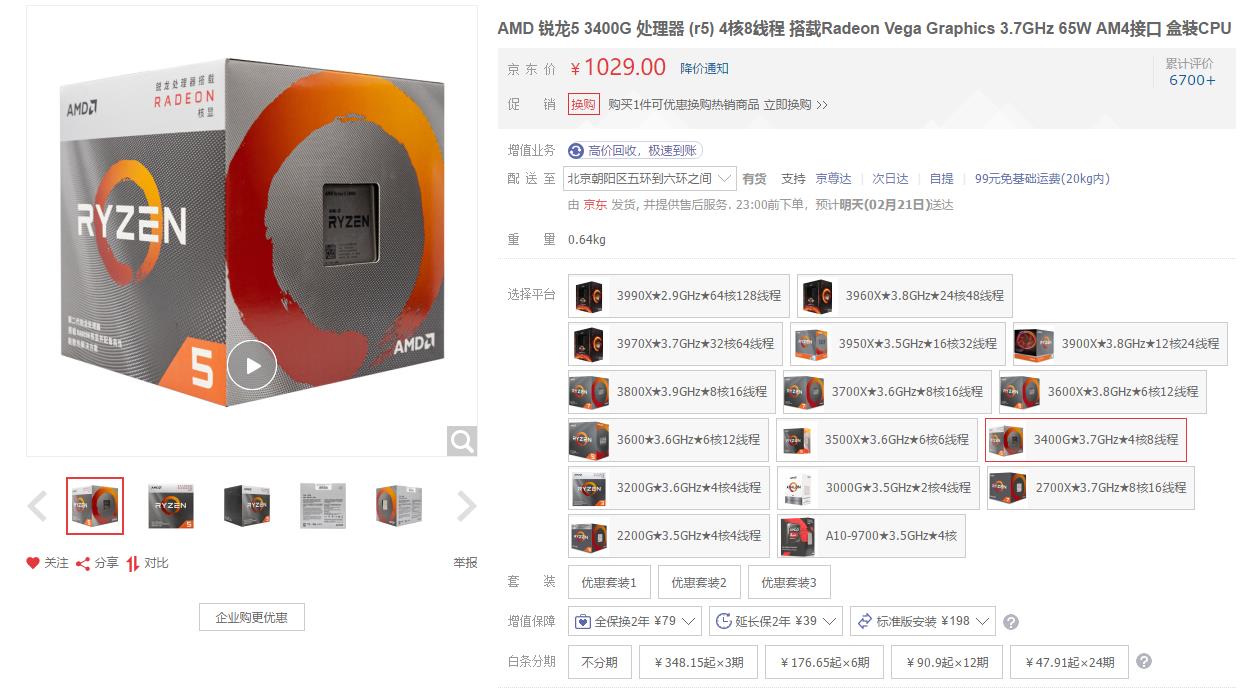 Looking at the current trend, unless the 7 nm process of the sharp dragon 4000 series APU is launched, the sharp dragon 53400g and other processors will continue to be favored for some time.