According to foreign media reports,According to a leaked twitter presentation, the platform is considering tagging tweets from politicians and other public figures if they contain lies or false information.It is reported that harmful misleading tweets will be labeled in red or orange. Twitter plans to launch the "one possible iteration" feature on March 5, similar to Wikipedia's anti misleading message.

Although the project is still in a very early stage, according to an email provided to the verge by a twitter spokesman, the tagging system is a design model involving community feedback options, "error information is a key problem, and we will test a variety of different methods to solve it."

Tweets from Senator Bernie Sanders, House Minority Leader Kevin McCarthy, whose inaccurate tweets were tagged in orange, can be seen in the leaked presentation. However, it is unclear how Twitter will decide which tweets will be tagged with the new hashtag. 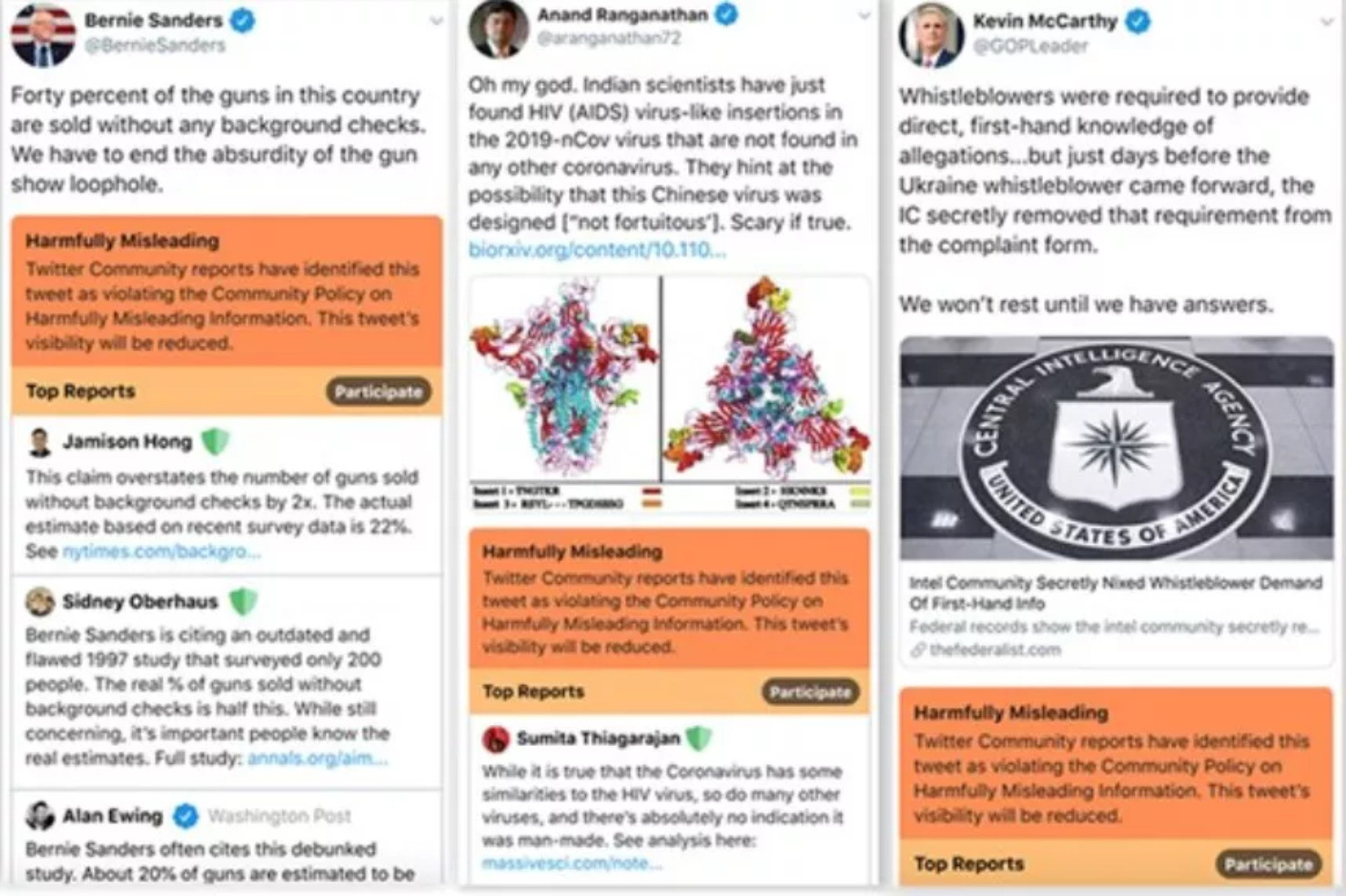 Earlier this month, twitter announced that it would launch a new "manipulated media" policy on March 5, including a ban on fraudulent sharing of fake photos, videos and media on the platform. In addition, Twitter has other tools that try to help users identify which information on its platform is inaccurate. Last May, the company unveiled a tool to combat anti vaccine information by moving users to the vaccines.org website run by the Department of health and human services. Last week, the company announced that it would expand its election integrity policy, which prohibits users from sharing false or misleading information about how to participate in elections or other civic activities by directing users to the official website census.gov when they search for certain keywords related to the 2020 U.S. Census.

Related news
Twitter's upcoming manipulated media policy will mark misleading tweets
Twitter tagged Trump's fake Biden video as "manipulated"
Twitter deleted tweets about new coronavirus from famous users like John McAfee
Trump postings that the new crown Twitter be labeled misleading
If trump is defeated, twitter will no longer give him preferential treatment
Several trump tweets about counting votes have been tagged by twitter
Hot news this week
"Sheep a sheep" fire, is expected to attract hundreds of millions of financing? But it doesn't have a license...
The first "zero carbon factory" in the ICT industry, Lenovo (Tianjin) Smart Innovation Service Industrial Park is officially put into production
Baidu Ping Xiaoli: The repurchase rate of users on Baidu App reached 60%, and the daily inquiries exceeded 4 million
Billions of euros in investment, Intel Italy chip factory will be located in the Veneto region, sources said
"Sheep a sheep" the whole network burst fire! The founder was the Alma mater system of exhibition card publicity
Huawei Mate50 is on sale: Kunlun glass version is difficult to find, the maximum price increase of the Porsche series
Tencent Music back to Hong Kong behind: online music "internal volume" intensification, short video will become a new growth rate
Intel failed to deliver on its promise: Summer is over and there's still no high-end, flashy desktop graphics cards
Xiaomi Civi 2 Stable Snapdragon 7:23 87mm2 Large-area VC liquid cooling, heat dissipation increased by 200%
"Look at the weather why do I need to renew membership"? Inkblot Weather membership service is a hot topic
The most popular news this week
Huawei Smart Screen portable version released: 10.4-inch 2K screen, 10995mAh battery
The world's first 6GHz frequency Intel high-profile announcement: the lead is indisputable
Do you have the opportunity to take noise -canceling ear to damage the hearing? Experts from the Three Hospital said that
Jump ticket 2 years "pigeon king"! Avx-512 is publicly supported for the first time in the Intel 60 core
I can't afford to live without Musk's help
Mobile phone fast charge new volume king Xiaomi three new machine into the network: the highest 210W?
Secretary -General of the Federation of Federation: Foreign artificial artificial Chinese online red cars have great advantages in China
Do you want to travel to space? Aerospace expert: China already has technical conditions
The strong response to the iPhone 14 Pro Max could widen the gap between the iP15 Pro series
Intel's Arc A7 flagship graphics card debuts in private: Just these two