For many years, Amazon AWS has been regarded as a giant in the cloud market.However, according to the latest analysis report released by canalys, the growth rate of enterprise adoption of Microsoft azure cloud service in 2019 has exceeded that of Amazon AWS.Obviously, with the adoption of more and more enterprises, auzre is constantly encroaching on the market share of AWS. 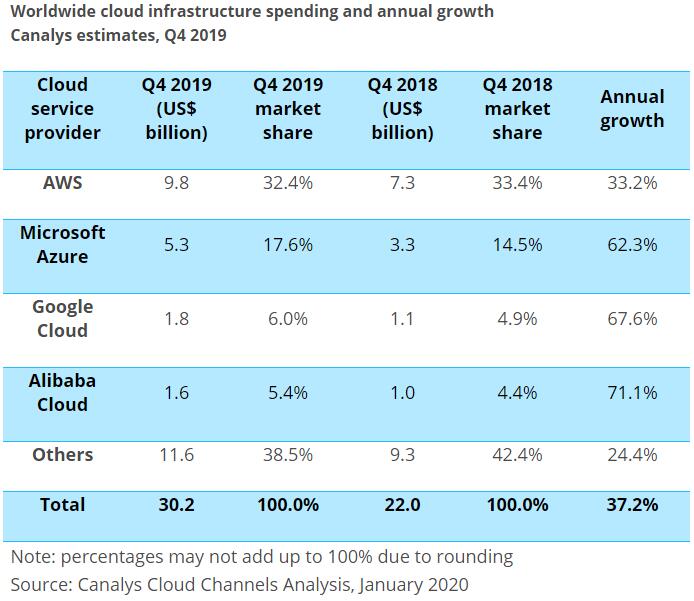 Throughout 2019, AWS's market share is 32%, but Microsoft also increased from 14.2% to 16.9%. For all cloud service providers, 2019 is also a year of success, and the revenue and profit in the future will remain high.

Competition among leading cloud service providers continues to intensify, but AWS's revenue in Q4 2019 is still up $2.4 billion from the same period in 2018.

The marketing resources investment for new enterprises, the general availability of AWS posts, and the development of AWS local areas will promote the further growth of the company's business. 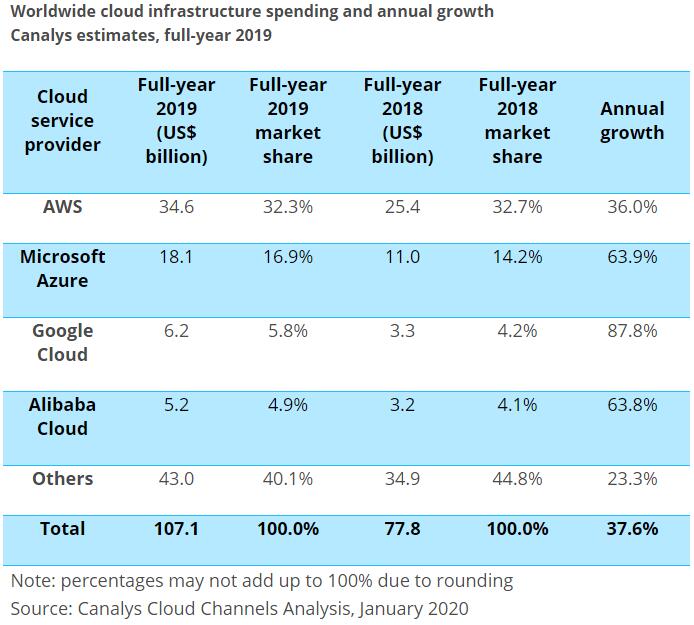 The quarterly growth rate of Microsoft azure cloud service is higher, which is more attractive to enterprise customers thanks to its wide channel coverage.

On Google's side, Google cloud has also made good progress in attracting new corporate customers and developing channel partner networks.

In the past year, the company has greatly improved the strength of its own sales team and incorporated its partners into the on-site organization for closer coordination.

Alibaba cloud still maintains its leading position in the Chinese market. The company hopes to expand its corporate customer base in the rest of Asia and Europe through two-tier distribution.

Finally, canalys mentions the growth in demand for capital expenditure in its 2019 report.

Interestingly, Amazon, Google and Microsoft are still the top buyers despite the growing share of competitors in the industry. Compared with 2018, its expenditure increased by 8%.

Cloud service providers are expected to remain the largest buyers of servers and related components over the next five years.