Climate change may dry up this river in the United States. Millions of people will be seriously short of water

Recently, a new study found that the Colorado River, an important river in the United States, is in danger of drying up due to global warming, and millions of people who depend on the river are expected to face the risk of "serious water shortage". More than half of the Colorado River's lost flow is related to rising temperatures, according to a study published in science on February 20 local time, CNN reported Monday. 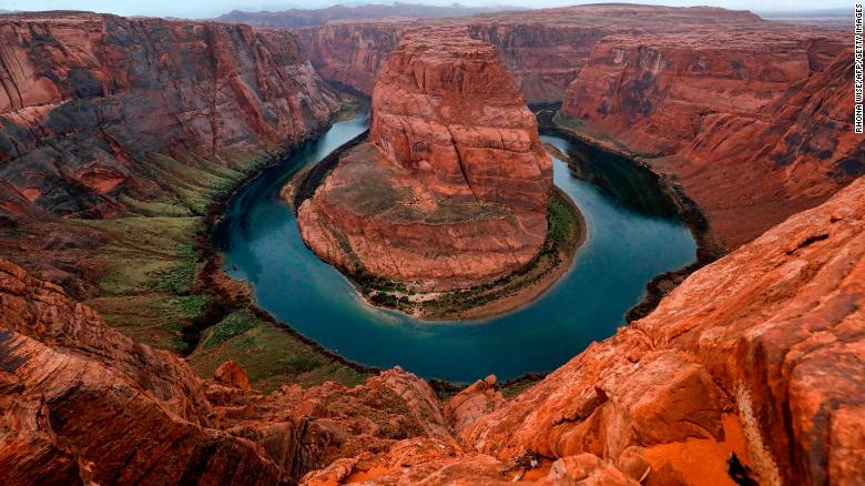 The researchers found that for every 1.8 degrees Fahrenheit (about 1 degree Celsius) warming in the river basin, the flow decreased by nearly 10%. Between the 20th century and the beginning of the 21st century, the region has risen by an average of about 1.6 degrees Fahrenheit (about 0.9 degrees Celsius). At present, the flow of this river has been reduced by 20% compared with last century.

Brad Udall, a senior climate scientist at Colorado State University, said the current flow of the Colorado River was not optimistic. When it flowed into the Gulf of California, the flow had been reduced to a "trickle".

Scientists have found that the river's problems existed before it reached the city - global warming is seriously damaging the snow that feeds the river. As temperatures rise, snow is falling at the source of the river, which means less energy is reflected from the ground and more heat is left on the ground, leading to more evaporation and less flow. 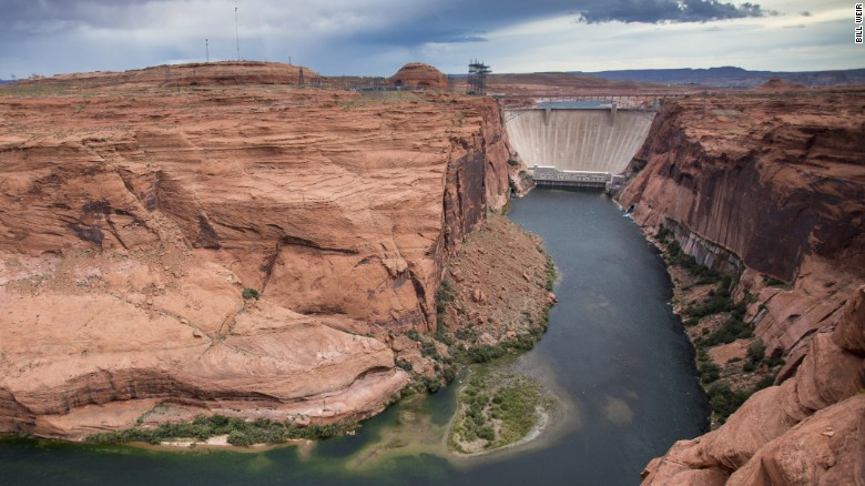 The Colorado River originates from the Rockies in Colorado and Wyoming, winds through the southwest of the United States and flows into the Gulf of California, providing water for more than 40 million people along the coast, agricultural development of coastal cities and food for millions of people around the world. This important river supports about 1 trillion US dollars (7 trillion RMB) of economic activities every year.

It is understood that for most of the past 20 years, due to the sharp decrease of river flow, its two main reservoirs, Lake Powell and Lake Mead, can only barely hold half of the water.

It also exacerbates the controversy over water resources in the Colorado River region. In 2019, seven states that rely on river water sources reached a new agreement to allocate their rights to manage water resources by 2026.

However, scientists Chris Miley and Christa A. Deng, the authors of the latest study, believe the only way to save the river is to address the root causes of the problem: climate change. And said that no matter what measures are taken, the flow may be reduced, but without curbing climate change, the Colorado River flow may be reduced by 19 to 31 percent by the middle of the century.

Related news
Microsoft will block Windows 10 May 2019 updates for these devices
In addition to the Sandbox, Windows 10 May 2019 has these small improvements worthy of attention (Figure)
Microsoft Windows 10 May 2019 update officially started to push globally within a few weeks
Windows 10 May 2019 update causes Sandbox to not work properly (Figure)
Microsoft promises to fix four major problems of Windows 10 May 2019 before the end of the month (Figure)
Climate change may dry up this river in the United States. Millions of people will be seriously short of water
Hot news this week
Apple's share price has been hit hard: 5g iPhone may have to wait more than a year
2.33ghz Sony ps5 with AMD chicken blood optimization
Sony set up a $100 million global rescue fund to fight the covid-19 epidemic
HP releases the energy 17 upgrade with 10 generations of core processor and 17 inch 4K display
Us zoo confirms a tiger positive for new crown virus after pet cat
Huawei's new machine exposure: 55 times of ultra far zoom is better than P40 Pro
Intel is expected to release comet lake-s desktop processor by the end of this month (Figure)
Samsung is about to release its first financial report of this year: the decline of mobile phone sales is a foregone conclusion
Samsung electronics develops its own foldable mobile screen to reduce the cost and meet the demand
The CEO of Tencent chenghuya, the largest shareholder, wrote that the company maintained independent operation
The most popular news this week
Lenovo Razr blush gold release: price break or listing in China
Wake up! Fingerprint recognition function is to set up 80% mobile phone false fingerprint can successfully unlock
625 game cards of man's body were seized by customs
Microsoft believes that coronavirus will forever change the way we work and learn
New research finds that fake fingerprints can unlock up to 80% of mobile phones
The novel coronavirus pneumonia epidemic causes Amazon shopping experience to be different from normal.
"Assassin's Creed 2" opened on April 14 to receive multiple series of free games for promotion
If you want to buy amd sharp dragon, you must pay attention to the memory frequency: ddr4-3200mhz, greatly improved
Lu Qi's latest thinking: what are the digital innovation opportunities in China under the epidemic?
Huawei P40 Pro evaluation: top image power shaping annual high quality choice