On January 9, 2007, it was an unforgettable day for many fans. When jobs got on the stage of Macworld 2007, his first sentence was: "today we are going to release three revolutionary products, the first is a touch-screen iPod, the second is a revolutionary mobile phone, and the third is a breakthrough Internet communication device. "But the cheering audience didn't expect that what jobs was going to release was a large iPod with touch interaction, Internet access and phone calls. This is the iPhone.

Our protagonist, the iPod touch, was ready at that time. At the autumn conference eight months later, jobs came on stage again and brought an iPhone that can't be called. This is another new iPod product after the iPod shuffle, iPod Nano and iPod classic, and it 299 Since then, people who can't buy an iPhone in China have entered a new era of smart phones through iPod touch.

The first thing that makes the iPod touch great is its subtle design. Because it doesn't need a built-in RF antenna, it looks more integrated than the iPhone. The stainless steel at the back and the curved surface transition at the edge bring a very comfortable grip feel, which makes the iPod touch stand out in the era of big plastic MP4 everywhere. Although the stainless steel material also has its defects, and it is easy to leave scratches when exposed for a long time, it has to be said that this metal highlight texture is still very high-end. 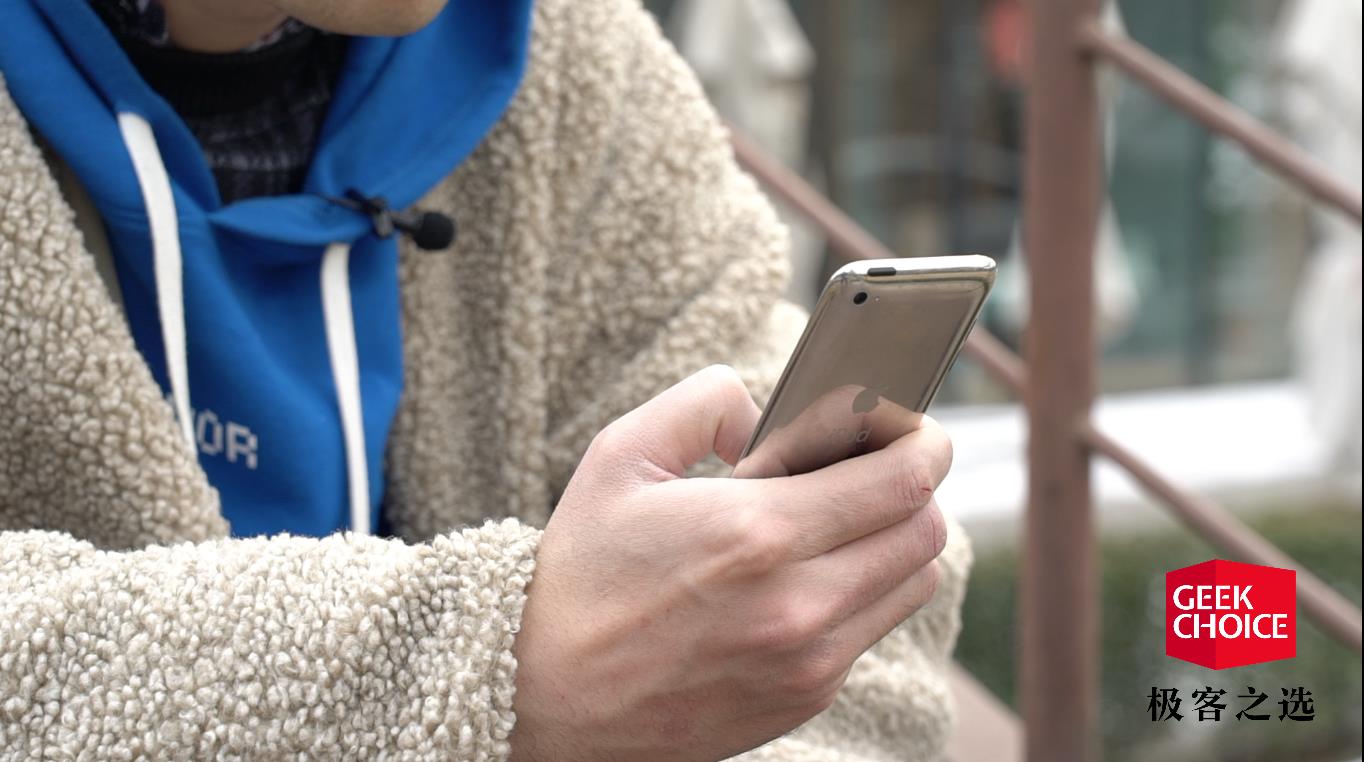 Since the first generation of iPod touch, Apple has strived to create a light and thin experience, so the body is only 8mm, and the weight is 120g lighter than the iPod classic of the same size. After that, apple continues to strengthen its pursuit of light and thin. The thickness of the four generations of iPod touch in our hands is only 7.2mm, and the weight is only 101 G, this size makes it easy to take it out of your pocket, even if it's more portable than the iPhone.

The 3.5-inch, 480 * 320 resolution screen on the front was also very advanced at that time (to the fourth generation resolution upgraded to 960 * 640 to reach the retina level). Because the classic wheel interface of the iPod series was cancelled and multi touch interaction was adopted, the front of the iPod touch is more concise than other iPod series. At the same time, the visual experience brought by the large screen is more fascinating. Compared with the iPod classic screen, the iPod touch is more flexible in playing games or watching videos. 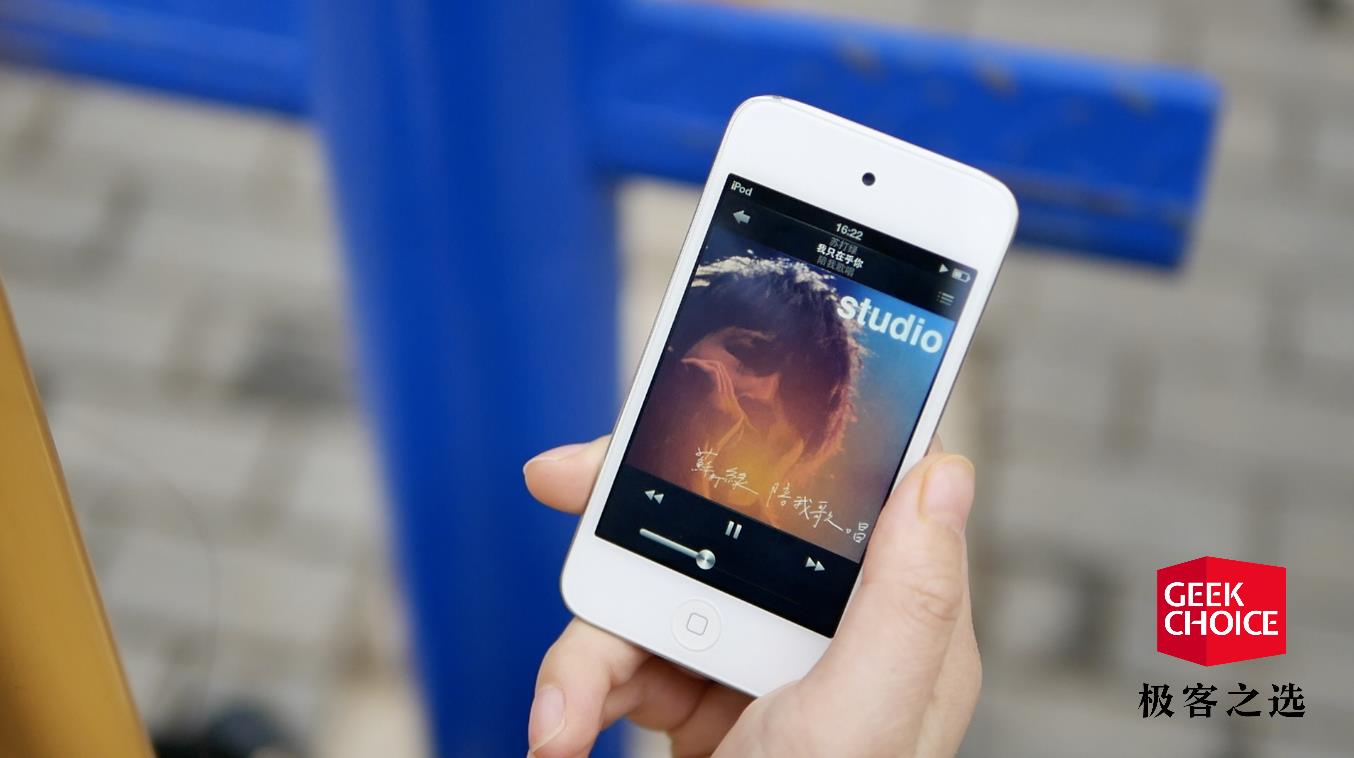 In addition to the back cover and screen, the key position of the iPod touch continues the iPhone charging interface and 3.5mm headphone interface settings, which not only facilitates the use of iPhone users, but also to some extent attracts more people to join the apple ecosystem. On the processor, apple didn't give a discount to the iPod touch. For the four generations of iPod touch, it uses the same Apple A4 processor as the iPhone 4, which ensures its stable and smooth operation of IOS system, and allows users to experience a complete Apple ecosystem.

Experience a brother close to the iPhone

The reason why the iPod touch has brought many people into the smartphone age ahead of time is because it has almost everything except the phone. similar touch interactive interface, the same gravity sensing function. Calendar, address book, Safari, clock, calculator and other features, although the original iPod touch does not have an app store, but after the App Store app store's timely follow-up, many people in the smart machine before the popularity of an MP4 data search, reading novels, watching movies, listening to songs and other various online life. 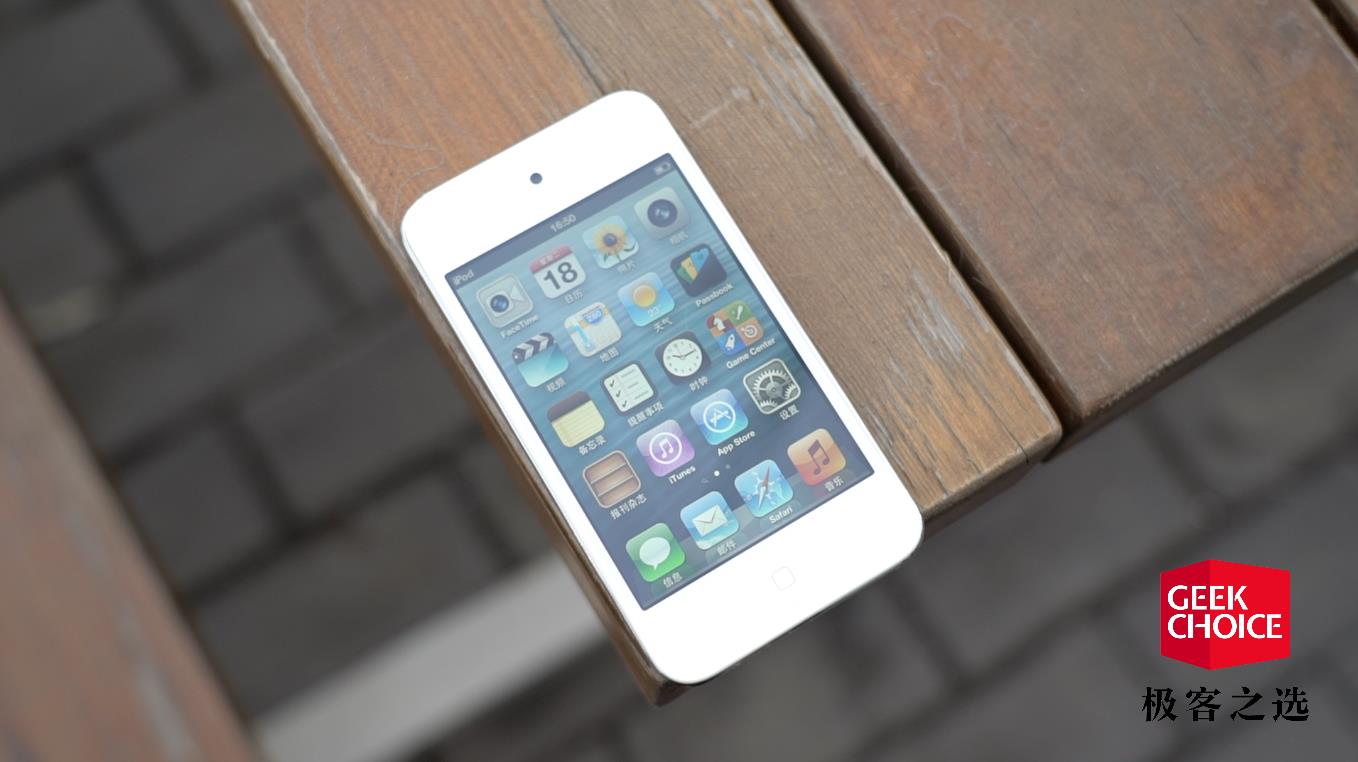 When the iPhone began to lead the rapid development of smart phones, the iPod touch with low price and high playability attracted the attention of many student parties. At that time, there were often boys holding it to show off the smooth experience of games such as fruit ninja and angry birds to schoolgirls. Many people also used it to listen to songs and watch videos on the iPhone In the days before he officially entered China, if anyone had an iPod touch, he would be the most beautiful person in the class.

The iPod touch didn't disappear completely when the iPhone first entered China. Although the iPhone was undoubtedly the best smartphone at that time, its high price was still prohibitive. At this time, the powerful Huaqiangbei created a magical protective case, through which the cheap iPod touch can be transformed into an iPhone. This protective case is affectionately called "apple skin".

Apple skin is actually a communication module with built-in SIM card slot, battery, handset and other components. After the iPod touch is installed and jailed, the iPod touch It can have the function of calling and texting. Although this product has neither passed the certification of MIIT nor been authorized by apple, its price of 5600 yuan has undoubtedly attracted many shy users in the pocket, and it has become the focus of many digital fans for a while. However, there were some problems with this accessory at that time, such as good or bad calls, short endurance, etc Plus, the iPhone is becoming more and more popular in China, and this accessory is disappearing later.

If the popularity of iPod touch foresees and demonstrates the powerful capabilities of smart phones, then its decline is inevitable with the full popularity of smart phones. With the influence of iPod touch, Apple has successfully guided a large number of users into the embrace of iPhone. In those years, many Apple fans felt the excellent user experience of IOS just because they had experienced iPod touch. However, the experience is not complete. In addition to not being able to make phone calls or send text messages, iPod Touch Series is the only IOS without touch ID and face ID functions Device, we can see Apple's basic positioning for it. 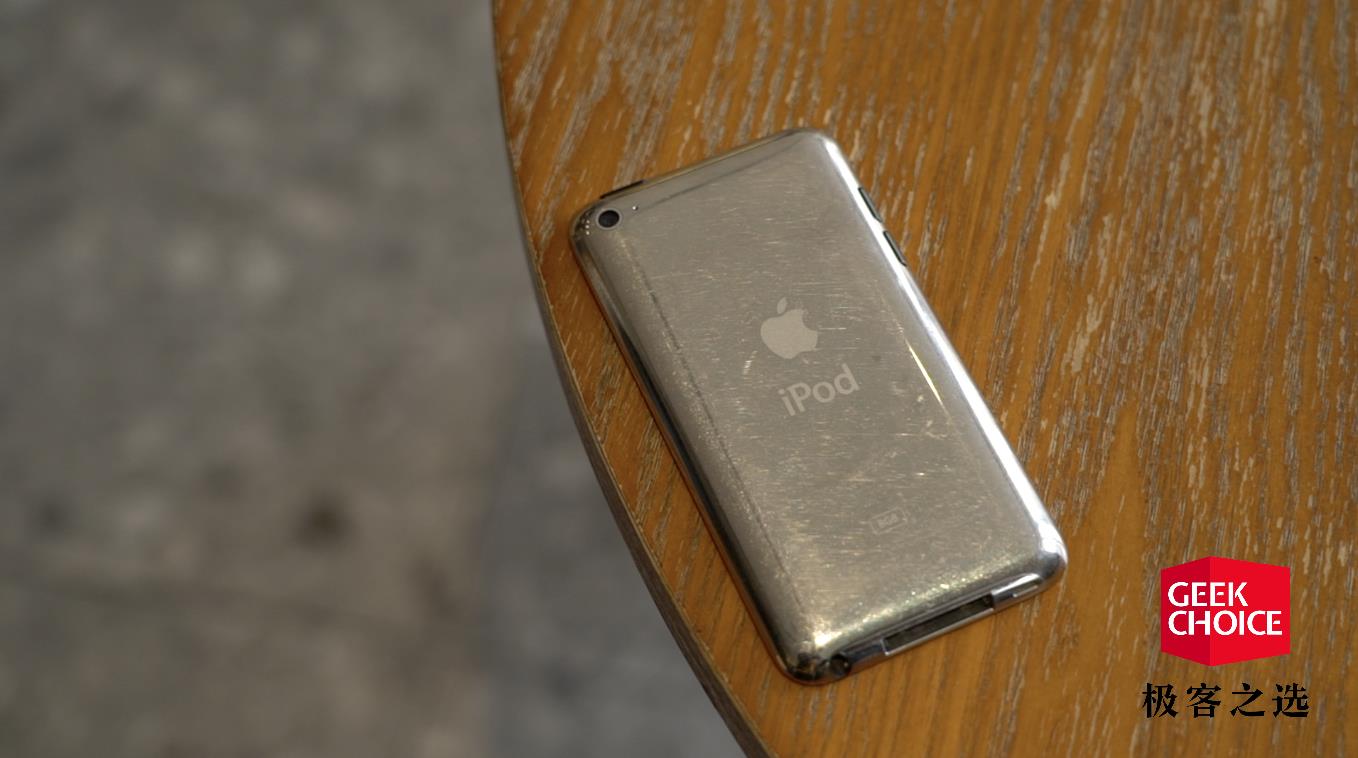 With the iPhone becoming an almost hand-held streetcar, the iPod Touch Series has completed its own historical tasks, although the official website still updated the iPod touch in May 2019 Series, but it's getting smaller and smaller. Now it's almost hard for you to see its figure again. But as long as you open the drawer, pick it up and put on the headphones, you may still be able to hear the old songs and unforgettable memories.

Related news
Guo Mingpu: BYD will become an iPod touch / iPad assembly supplier in the future or assemble iPhone
Review of iPod Touch: iPhone brothers, countless student parties become Apple fans because of it
New iPod touch exposure: iPhone 12 styling, released this fall
Hot news this week
Titanium Media Publish Assesum: People's Bank: Digital RMB Winter Olympics pilot has entered the sprint phase; Tesla announced that 250,000 Powerwall energy storage power stations have been installed
Alibaba and Tencent have received more than half of the 43 antitrust fines, and lawyers say the penalties are likely to increase
Study on the sequelae of COVID-19 in the Chinese team: Shortness of breath, depression and other problems still existed nearly one year after discharge
Capital does not love SAIC, "flying" subsidiary, Jet Hydrogen Technology intends to go to science and technology board
Huawei redefines one of the three major communication networks of the underground communication network
Tencent responded to "APP to get ridiculous": Upgrade APP is now downloaded for user rights protection
Gree announced the implementation of the double-holiday work system Dong Mingzhu from the media voice netizen God reply
The approval of Sensetime's IPO gives the metasurverse concept another ride
Netease Cloud Music will soon be listed on the back of 200 million monthly live users how to make money
US media: If it is unable to quickly solve the problem of incomplete behavior in the company, the moving Blizzard CEO will consider resignation
The most popular news this week
Regulation of crypto assets is difficult
Xiaomi Motor settled in Beijing Economic Development Zone in the first half of the first half of the year
Tesla: Super charging network has covered Guangdong Province traffic trunk
Foreign manufacturers make IPHONE 13 Pro with Tesla accessories! Sold price direct retrogenization
Google had planned to launch the tensor chip for pixel phones in 2020
Huawei Heavy Machinery is re-incorporated! Generators except logo exactly
Samsung PCIe 4.0 hard drive upgrade: more heat sinks fully support PS5
New crown latest variament has emerged in early November: New York, USA has a bad feeling
Black Friday us stores face embarrassing situation! Got stuck in the neck
Vehicle positioning signal weak puzzle! To be completely solved by Huawei