As part of the 18N full-scene intelligence strategy, Glory's MagicBook notebook has been sold for more than two years in the country, and tonight Glory officially pushed the laptop business overseas, launching two notebooks, MagicBook 14 and MagicBook 15, using AMD's Reelon processor,8GB of memory 256GB SSD hard disk, which costs more than £599, or more than 5,400 yuan, or almost half the domestic value of 3699 yuan.

The glory magicbook 14 notebook is equipped with a 14 inch screen, with a three-sided 4.8mm micro frame design, which is 0.4mm narrower than the previous generation, bringing a full screen immersion vision, and the screen has passed the German Rhine low blue light certification.

In terms of hardware, the glory magicbook 14 is equipped with the Ruilong 5 350U processor, the integrated radon RX Vega 8 graphics graphics card, the 8GB DDR4 dual channel memory, and the PCIe nvme SSD.

In terms of battery, glory magicbook 14 has a large 56wh battery, which supports local 1080p video playback for 9.5 hours, web browsing for 9.4 hours and daily office for 10 hours.

In terms of software, the glorified magicbook 14 supports magiclink 2.0, which enables smart phones and PCs to connect quickly and integrate into one. All kinds of documents and materials can be dragged. 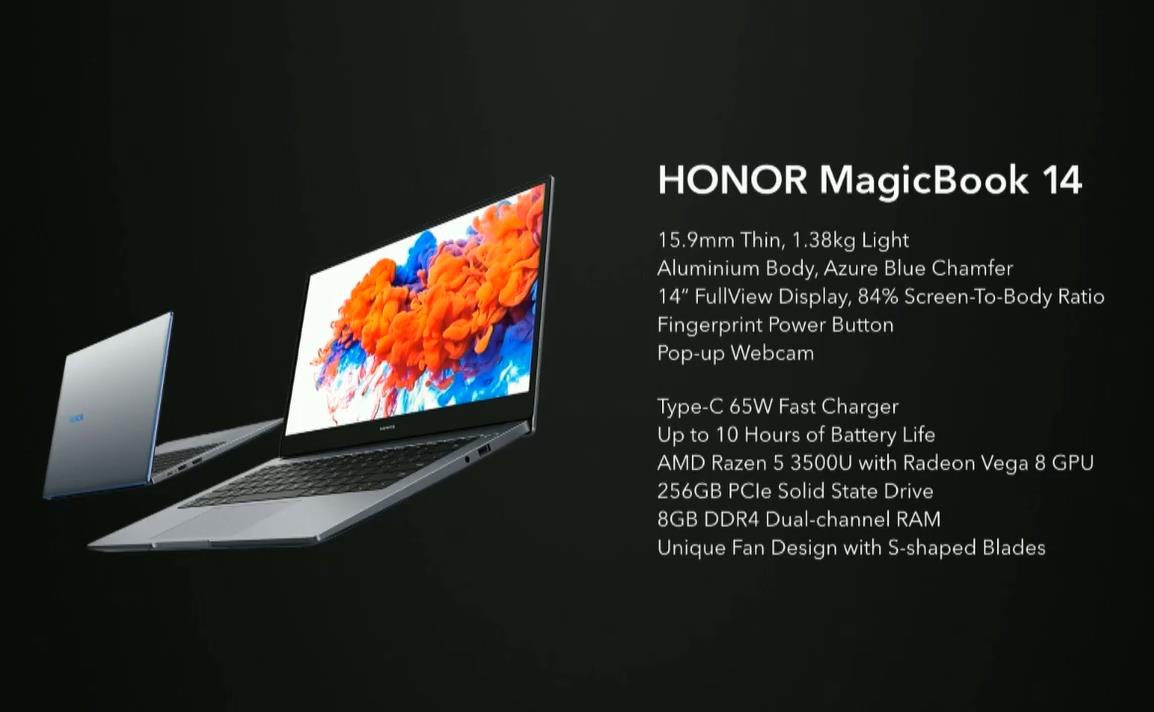