What is Huawei's HMS service?

Huawei terminal held an online conference today to launch its flagship new mobile phone of the year Huawei matexs and a series of new products.Compared with the few hardware products left in suspense, Huawei announced that the launch of HMS mobile service was the climax of the conference. I believe that many users are unfamiliar with the concept of HMS, so this article will give you a general introduction. 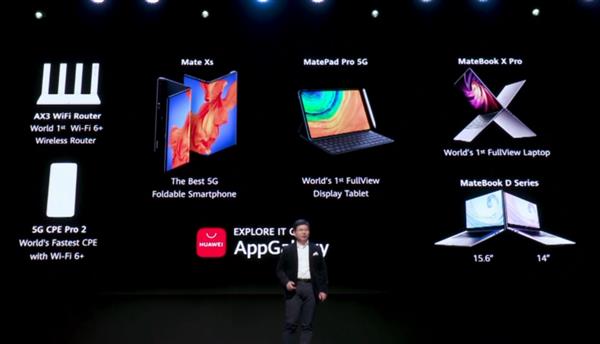 First of all, we need to know that domestic users can hardly use GMS, but it is very important to use GMS overseas. If GMS is not supported, it will be difficult to move forward. Without GMS authorization, it means that the mobile phone cannot be pre installed with Google's applications, such as Google search, Google browser, youtube, maps, and these services and applications cannot be used. This will seriously affect sales in overseas markets.

For example, without GMS, domestic users can't use software like Baidu, WeChat, micro-blog and Alipay.

Therefore, it is obviously very important to have its own ecology. Therefore, the launch of HMS is of great significance to Huawei mobile phones.

In September 2019, when Huawei released its new flagship mobile phone mate30 Series in Munich, Germany, it was unable to use Google's GMS service. At that time, Yu Chengdong said that Huawei would provide its own mobile service HMS.

However, HMS has a long way to go in order to fully replace GMS. This is the same as Hongmeng system, which needs to build ecology in the future, so "HMS" ecology is the key.

Release HMS ecology to the world

At the 2019 Huawei developer conference, Huawei released HMS ecology to the world for the first time. Huawei announced that it would fully open core HMS services, build ecology together with developers, and jointly bring the whole scene intelligent experience to Huawei end users around the world. Huawei opens 14 HMS core capabilities, 51 services, and 885 APIs to provide developers with full scenario capability opening. Developers only need to integrate HMS SDK to use Huawei's multiple open capabilities, so that developers can focus on innovation. These capabilities and services will help developers get more users and higher activeness in their applications.

Not only that, the original functions of HMS also provide service support for developers, enabling them from development, growth to profitability. With the one-time access of Huawei account, users can log in to mobile phones, tablets, PCs, watches, large screens, car machines and other multiple terminals, covering more than 170 countries and regions around the world; push service provides developers with reliable message push channels, which can be pushed according to different scenarios, supporting text, corner signs, ringing tones, large pictures in various forms, with a arrival rate of 99%.

It can be said that the Huawei Developers Conference in 2019 is a milestone for the development of HMS.

Although Huawei has talked about HMS service architecture at last year's developer conference, today is the first time that Huawei has announced that HMS will go overseas.

Back in today's launch,Huawei released hms core 4.0 back in january, hoping to add more developers around the world to the hms ecosystem. Mr Yu has said the Huawei will do its utmost to create a HMS ecology in 2020 and form a new system of "self-research chip Hongmeng OS ". 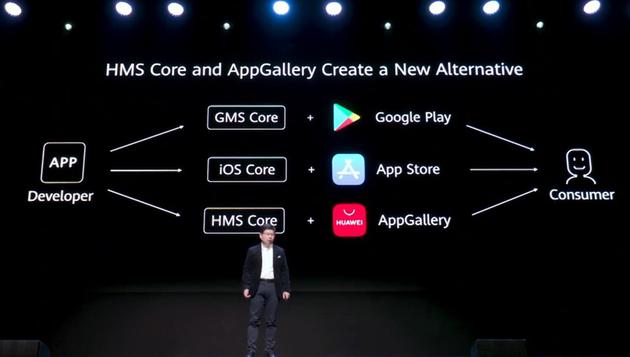 At this press conference, Yu Chengdong once again mentioned that at present, the monthly active users of Huawei's application market have exceeded 400 million. More and more developers can use the developer kit in HMS core 4.0 to make their applications use of Huawei's various open capabilities, including file mutual transfer, geographic location, security detection, AI, machine learning and data security.

Yu also announced today the launch of the $1 billion "Yaoxing" program to attract and call on global developers to develop apps at the core of HMS. With Huawei's cooperation with more countries and regions, HMS will undoubtedly get greater development.

Related news
Huawei released the latest version of HMS to replace GMS?
Huawei Globally Releases HMS Core 4.0
Figure 1 shows Huawei's HMS core: independent self-development covering 600 million users
What is Huawei's HMS service?
What is the future of Huawei HMS?
Where is Huawei's HMS road officially revealed: the ubiquitous "tinkle"
Huawei HMS opens a new "World War"
Here is the key to Huawei's success in building HMS ecology
Huawei HMS has been labeled "industry label"
Huawei HMS ecological open root service engine and developers jointly build the whole scene smart ecology
Hot news this week
Meet the opportunity of the times: the omni channel era of mobile communication in the eyes of practitioners
Three major operators will delist from the United States: the United States seriously undermines normal market rules and order
Can new crown vaccination affect sperm? The scientists concluded that there was no substantial effect
It is said that India has not approved the import of WiFi modules from China, and many companies have delayed the launch of new products
Qualcomm Mengpu: Qualcomm has always been the role of technology empowerer, enabling various industries with 5g and AI
It's an "irreversible" three pole battle of automatic driving, with Dajiang's entry, Huawei's attack and Baidu's insistence
The brand strategy of Jingdong life service of consumer Expo has been continuously completed, and the three kilometer life service circle category has been further expanded
Do you have to pay taxes for the high popularity rate? Chinese electric vehicle companies vie to enter Norwegian Market
"Milk pouring video" arouses public anger, iqiyi apologizes publicly: close all power channels of "youth has you 3"
2021 survey report on employment of rural women in China: more and more rural women are employed at home, and 60% of the respondents say they will wear light make-up when they go out
The most popular news this week
Jingdong Logistics has 260000 employees, with an average monthly expenditure of nearly 9000 yuan
Refuse to light up card: AMD Navi 24 small core also has 1024 stream processors
The host of the game peed in the hot water bottle of the hotel and threatened to give the next guest a drink
Indian doctors warn that cow dung treatment is ineffective: it could also complicate the epidemic
New release of hardware dog: graphics card runs more accurately
Small and medium sized businesses accelerate digital upgrading, Ali's annual Gmv growth exceeds trillion
Qiya coin hard disk mining hot: Weigang SSD sales soared 5 times
IPhone users change Xiaomi 11 ultra in five years
Why is the number of fan blades odd? How good are the leaves or how few are the leaves?
April new energy vehicle sales announced! Tesla's self performance is bright