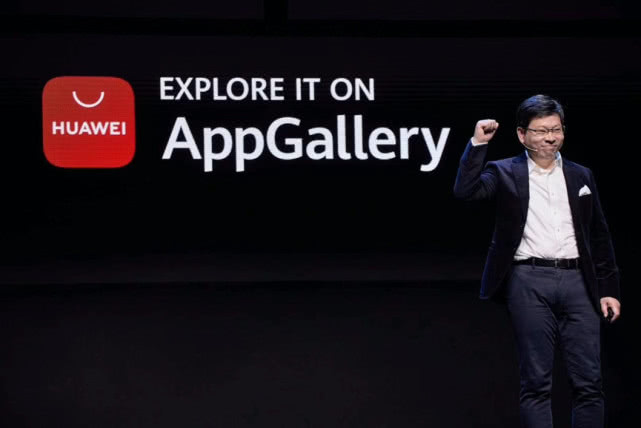 Guo Xiaofeng, the author of "the prospect"

The highest concern is Huawei mate XS, which has improved performance compared with the previous generation. First, the new Kirin 9905g processor means that it supports both NSA and SA dual-mode 5g networks. Secondly, the folding shaft technology has been improved. From the previous open shaft design to the left and right ends of the shaft, dust caps have been added. The advantage is to ensure that the shaft can more effectively resist the invasion of foreign particles, and further ensure that the relatively fragile folding screen has a safer use environment.

At the conference, Yu Chengdong, CEO of Huawei consumers, said that by the end of January this year, the national shipment volume of Huawei 5g flagship smart phones had exceeded 10 million, and believed that it would grow in the future. In addition, he also revealed that at the end of March, Huawei's annual flagship model P40 will be released to the public.

In recent years, Huawei's mobile phone has been developing rapidly. Even after it was listed as an entity by the United States last year, it still has 240 million global shipments, an increase of 16.8% year-on-year, ranking second in the world in market share. However, this does not allow Huawei to rest assured that its overseas users are losing step by step due to the impact of the suspension of Google GMS in the overseas market.

The global smartphone app stores are mainly Google play and Apple App store, both of which have more than 2 million apps and more than 1 billion users. This is mainly due to the capabilities and services of Google GMS and apple IOS.

The reason why the app gallery is launched again is mainly for overseas markets. Before Google GMS lifted the ban on Huawei mobile phones, Huawei must take measures to minimize the loss of overseas users. There is another way of saying that Huawei wants to replace Google's GMS through HMS.

Rome isn't built in a day. Whether HMS can replace GMS depends on how it attracts global developers, because ecology is key. At the launch, Mr Yu introduced the full open capacity of HMS Core 4.0. Huawei Adoption of full openness

It is worth mentioning that HMS has opened up some capabilities that Google GMS does not have, such as the machine learning kit. It supports the accurate detection of facial features, and can quickly identify the seven emotional expressions, gender, age, accessories and other characteristics of users. It helps developers to realize the dynamic beauty effect of video chat, and also supports text recognition, photo shopping and other functions.

In addition to opening unique capabilities, Huawei HMS also enriches some common GMS capabilities, such as Google maps. The map kit capability provided by Huawei has covered more than 200 countries and regions, supports more than 50 language services and 3D map modes, helps developers of overseas applications to achieve personalized map presentation and interaction, can customize maps and add tags, and can carry out real-time road condition and route planning with high accuracy.

In other words, HMS has basically all the capabilities GMS provides to global developers, and HMS has its own exclusive. At present, Huawei has more than 1.3 million registered developers in the world, and more than 55000 applications have been connected to HMS core in the world. The mate XS and matepad Pro 5g released this time pre installed some applications of HMS, and these applications have completed the basic adaptation of folding screen.

In addition, Huawei's fast applications based on HMS have been launched all over the world in succession, without installation and just click to use. At present, more than 1700 applications have been put on the shelves.

On the one hand, capacity is an indispensable link. Yu Chengdong said that he will attract developers and create a fertile land for innovation through the $1 billion Yaoxing program and digix Innovation Studio.

On the whole, Huawei HMS looks beautiful, but it is still difficult to build an application market like Google and apple. After all, Google GMS has developed for many years and has incomparable advantages. Such as user usage habits, brand awareness and so on. It will take a long and arduous process for Huawei HMS to catch up with or even replace Google GMS. At present, Huawei and glory are focusing on trying their best to shorten the process.