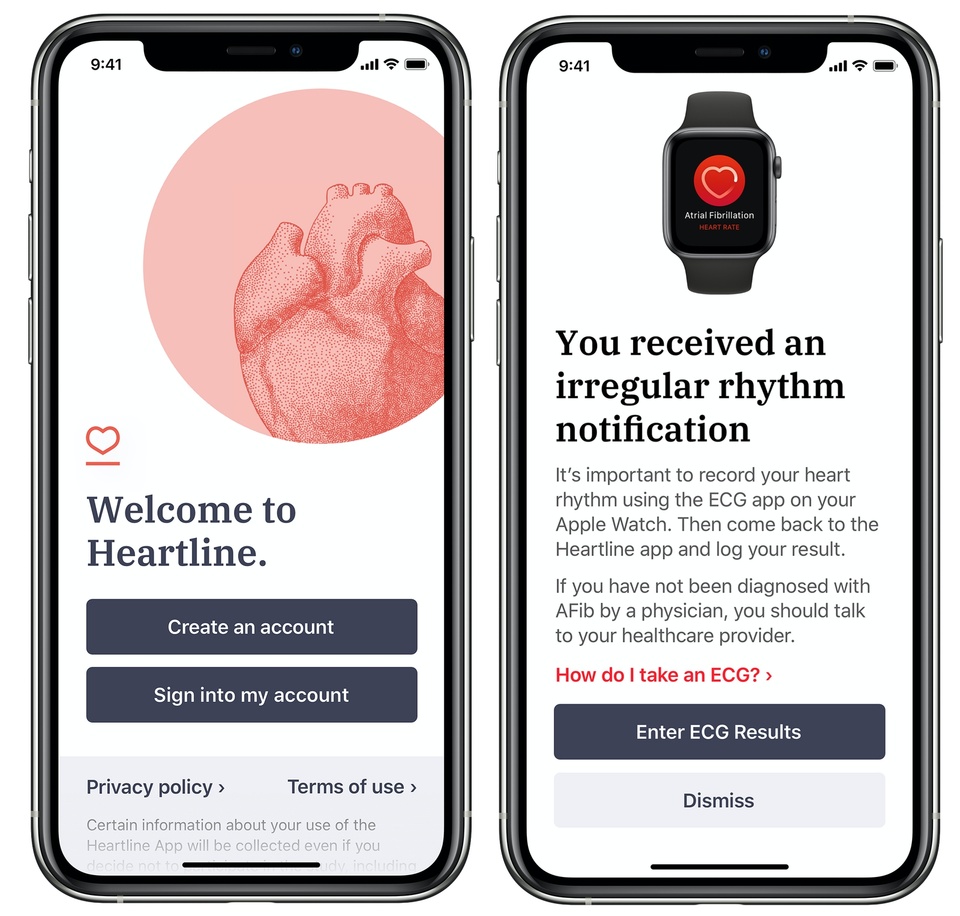 The Heart Study is said to include an iPhone app to try to help users improve their health with the help of the health tracking feature on the iPhone and the heart health feature on the Apple Watch. The study focused on people over 65.

Apple and Johnson & Johnson hope to find out if Apple's health tracking technology can help reduce the risk of stroke through early detection of atrial flutter, as well as through the ECG function of Apple watch.

Atrial fibrillation is the leading cause of stroke in the United States, and its main problem is that most patients lack physical symptoms and are therefore difficult to diagnose. If we can find and remind the patients as early as possible, we can effectively prevent stroke and other diseases. The goal of apple and Johnson & Johnson is to use the apple watch to warn users of early atrial fibrillation when they are not aware of it.

Through the powerful capabilities of the iPhone and Apple Watch, Apple technology is having a meaningful impact on scientific research, and all of these functions are centered on the experience of the participants, said Myoung Cha, head of Apple's health strategic plan. Heart research will help further understand how Apple's technology contributes to science and help improve health outcomes, including reducing the risk of stroke.

The app has entered a pilot phase, targeting U.S. residents over 65 years old, with traditional medical insurance, iPhone 6S or later (using IOS 12.2 or later) and agreeing to provide access to their medical insurance claim data. The random participants were divided into two groups: one would use only the iPhone app, while the other would use both the Apple Watch and the iPhone app. The study will last three years.

Apple will regularly put its equipment into research, most recently in a heart study with Stanford University that lasted for nearly two years, culminating in Stanford University's results in November 2019 that determined Apple Watch could successfully detect atrial fibrillation.

Related news
iPhone and Apple Watch are expected to be used to prevent stroke
Some iPhone 13/Pro "failure" does not support the Apple Watch unlock screen
Apple Watch Series 8 Pro may be "Apple Watch Series X"
Hot news this week
With the NIL technology, Canon wants to provide China with a lithography machine comparable to the EUV
The Long March 9 is basically confirmed: the low-orbit carrying capacity of 150 tons can carry the entire space station into space
A small plane in the US has crashed into a 30-metre high voltage power line and got stuck: 80,000 people affected
Alibaba launched a new cross-border e-commerce platform in Spain, aiming to operate independently in the middle and high-end market
Can recording others' wechat chat records be used as evidence? The Beijing Internet Court has an answer
Google is concerned that Microsoft's acquisition of Activision Blizzard will affect the ChromeOS experience
When pure water is used in China team to solve the problem of seawater hydrogen production: it is expected to become an original industry
It's not just Huawei! Beidou has penetrated more than 20 industries and applied more than 15.5 million products
The second generation Snapdragon 8 flagship! Mi 13 toughened film appeared: four sides and other narrow screen accounted for a stable ratio
A Tesla crashed into two cars in Taizhou, Zhejiang province, killing two and injuring one, police said
The most popular news this week
Intel says key issues with U.S. chips have been resolved
RTX 4090 card into PPT 3A game masterpiece apology urgent update patch
Transsion will be holding a launch event in Dubai in addition to mobile phones and laptops
The first Snapdragon 8 series phone in the popular colors of 2023 hits the shelves: a stunning 5600 yuan design
Why do laptops need more memory?
Increase production capacity! Apple speeds up iP14 Pro shipments: Arrive as soon as New Year's Day 2023
What a fan! Netizens spend ten thousand yuan to get three mobile phones at once: beautiful
A bachelor's degree is needed for a New York City rat control manager who earns 1.2 million yuan a year
4090/80 Take that! Third party pre-orders for AMD RX7900: The most expensive over 11,000
Mi 13 series press conference preview: It is likely to start 3999