In the server processor market, AMD's goal this year is to occupy at least 10% of the market, which is not difficult, because the epyc7002 series of 7Nm zen2 architecture is constantly bringing customers to AMD. Cloudflare today announced that its 10th generation blade servers will be fully converted to AMD's epyc processor.

Cloudflare is a network service provider founded in 2009, which mainly provides CDN and DNS services. As of February 2020, it has built data centers in more than 200 cities in more than 90 countries, with 1 billion IP addresses flowing through their networks every day, processing 1100 HTTP requests per second, and 95% of global connections can be completed in 100 milliseconds. 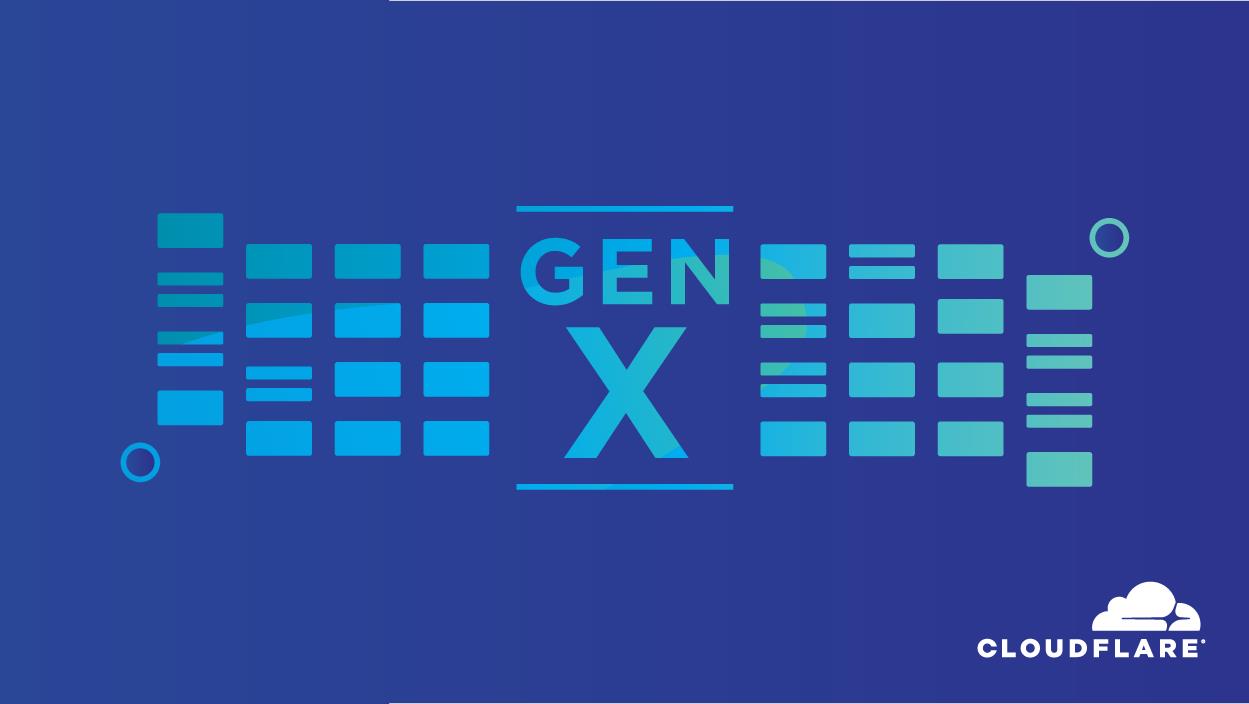 In the past 10 years, cloudflare's servers have always been Intel Xeon, which is no problem. But in the 10th generation of blade servers, they gave up their old partners and turned to AMD's epyc processor. Moreover, this generation of servers has no Intel components, and there are no Intel components on CPU, motherboard, memory, storage and network interface, which is very rare in the industry. 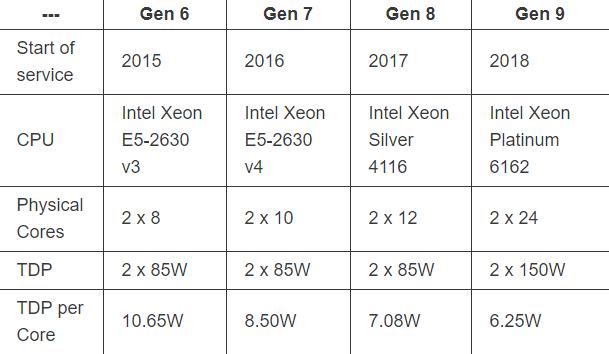 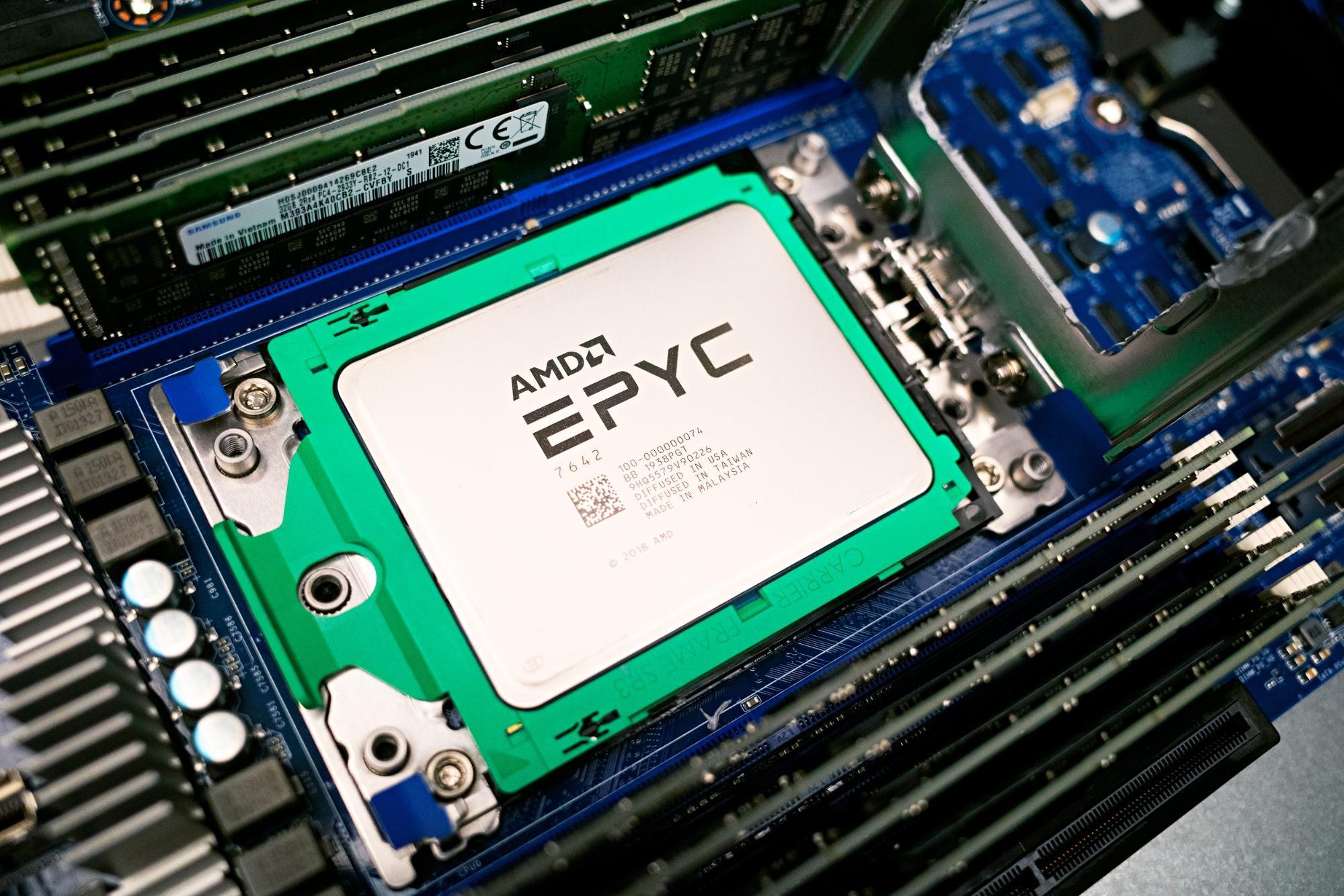 The 10th generation blade server chose AMD's epyc 7642 processor, which is a 48 core 96 thread processor. They initially considered 64 core epyc, but after the test, they found that the performance improvement was not so high, and finally gave up the 64 core product.

Even so, the 48 core epyc 7642 can still test a single channel and achieve the previous two-way effect, and the cache, memory, PCIe channel number and other aspects are better. The TDP power consumption is 75W lower, equivalent to 25% lower per core TDP. 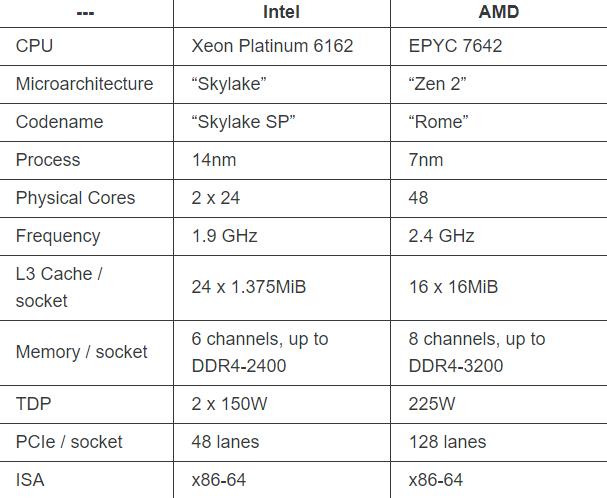 As for why AMD epyc processor was chosen, the test results published by them can illustrate the problem. 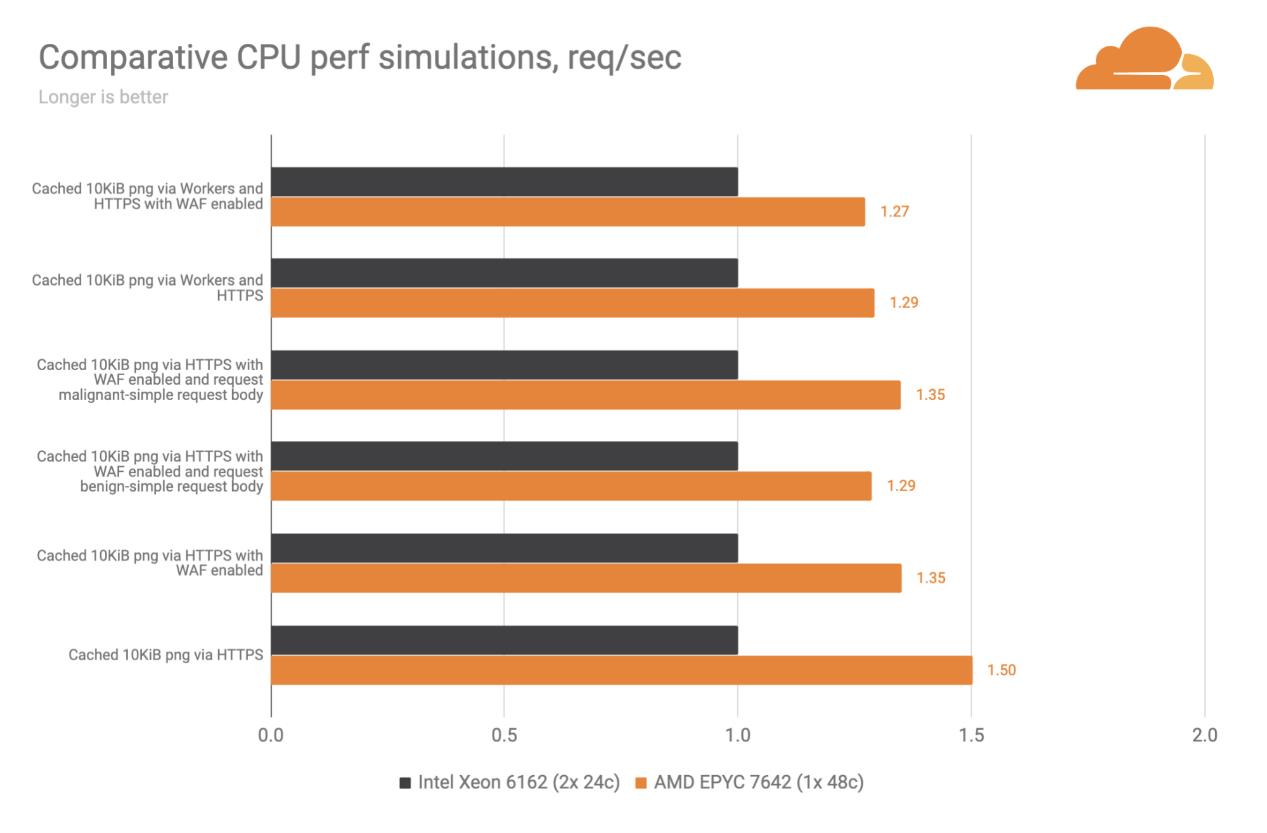 The detailed evaluation is as follows,However, this table summarizes the performance comparison between epyc 7642 and two-way platinum 6162. It can be seen that AMD leads by 27% in performance and 50% in performance。

Of course, the most suspense is the price. Cloudflare didn't announce the specific price. It's not easy to say the estimated purchase price. It's a trade secret. However, according to the public offer, epyc 7642 is US $5885, Xeon platinum 6162 is US $3115, and two will cost US $6230. 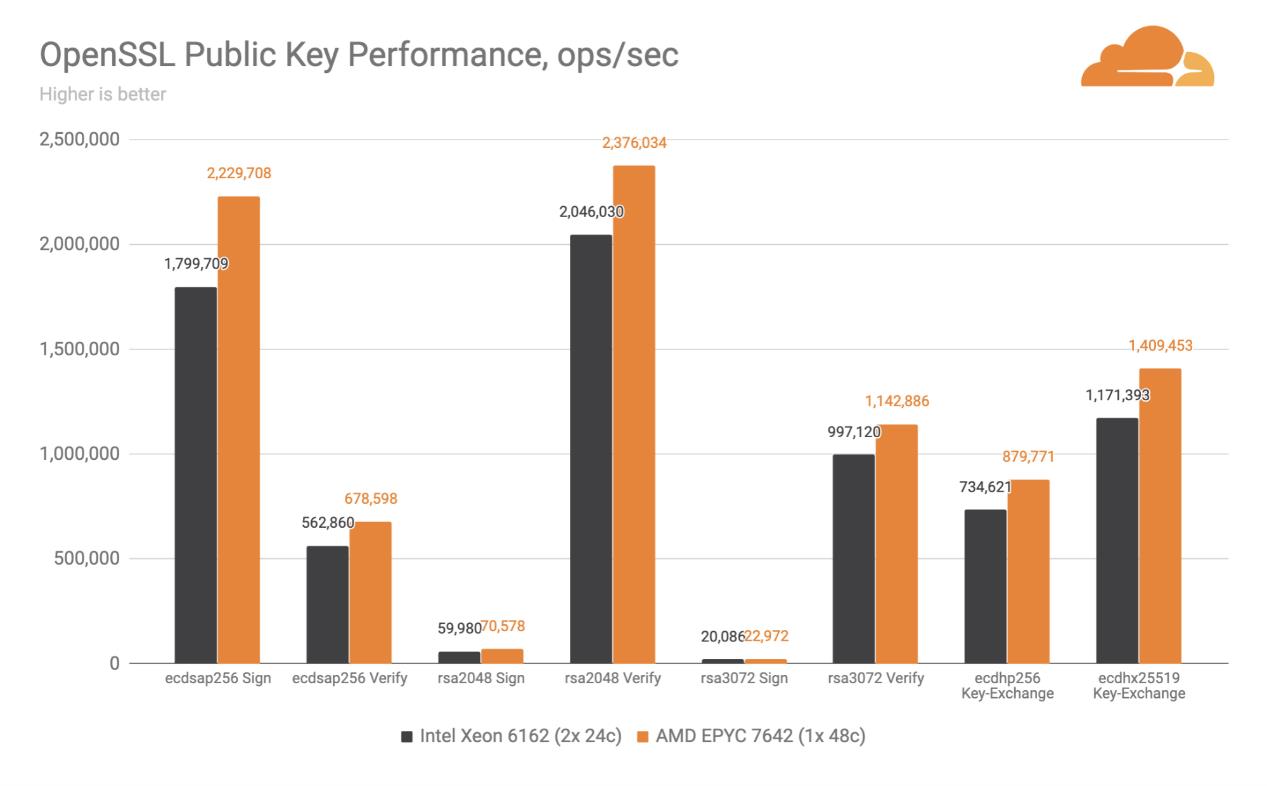 Related news
Mozilla, Cloudflare and Facebook propose BinaryAST to speed up JS loading
Netflix evaluates AMD epyc platform, single channel can surpass Intel's dual channel Xeon
Cloudflare announces that ten new servers are adopting amd Xiaolong 7642 processor
Cloudflare abandons Intel Xeon processor and turns to AMD epyc
Join hands with the Internet Archive cloudflare to make the network more reliable
Amd epyc is selected as the upgrade server of large Internet manufacturers: it is said to be superior to Intel and save power
Hot news this week
Titanium Media Publish Assesum: People's Bank: Digital RMB Winter Olympics pilot has entered the sprint phase; Tesla announced that 250,000 Powerwall energy storage power stations have been installed
Capital does not love SAIC, "flying" subsidiary, Jet Hydrogen Technology intends to go to science and technology board
Study on the sequelae of COVID-19 in the Chinese team: Shortness of breath, depression and other problems still existed nearly one year after discharge
Tencent responded to "APP to get ridiculous": Upgrade APP is now downloaded for user rights protection
Great Wall electric car goods wrong board! Little sister rights: female car owners are not stupid money
US media: If it is unable to quickly solve the problem of incomplete behavior in the company, the moving Blizzard CEO will consider resignation
Gree announced the implementation of the double-holiday work system Dong Mingzhu from the media voice netizen God reply
Wechat: It will not be possible to create an account for controlling comments and Revelations related to star artists
Netease Cloud Music will soon be listed on the back of 200 million monthly live users how to make money
The ninth batch of online anchor warning list announced Wu Yifan, Zheng Shuang and other 88 people in column
The most popular news this week
Huawei Watch GT 2/2E Upgrade: Download third-party apps
Miit: China's 5G terminal users reach 450 million! Accounting for more than 80% of the world
Sources say tesla's German plant will start production in December, while Volkswagen's Audi will start production of the Q4
The first batch of invited to become Apple ecological developers, Bunkes launched a variety of Magsafe accessories
Intel ignition level 56 core bubble! AMD can go to sleep
5G Core Standard Essential Patent Competition: Huawei Wins again!
MIUI development version upgrade! 4G was "discriminated against"
Tea Party CEO Tan Jong: Bringing together youth and women to build a new future for Asia
The birth of the Chinese own genetic variability is named "female 娲"
The most dead industry: the Internet can only row the second first thoughts