Why is the OLED screen all over the mobile phone and the display almost invisible?

Maybe many people will wonder why OLED screens are almost popular in mobile phones, but OLED screens are rarely seen in monitors? The first thing I want to answer is that there are only a few high-end and expensive models of OLED display on the market. As for why this happens, we need to see the layout of the major OLED panel manufacturers in the world. 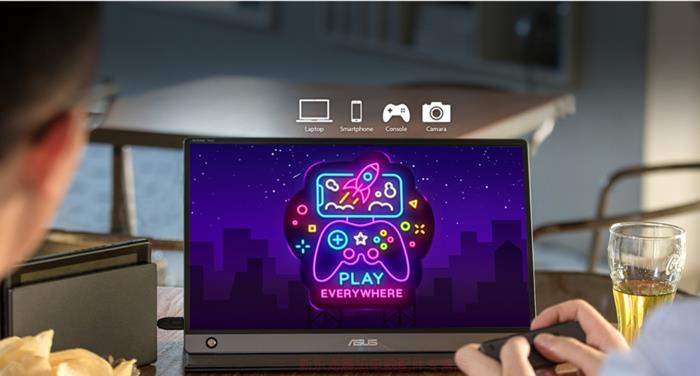 At the beginning, I didn't want to sell. In many materials I consulted, it shows that the global OLED panel manufacturers are actively deploying small or large-size panels. As for medium-sized panels such as monitors, it seems that no manufacturers have deployed OLED screens in the main force. Now that you know the conclusion, let's talk about the differences in layout among different manufacturers.

Samsung: OLED market share is still the first in the world, but it is greatly impacted by domestic manufacturers

Among the OLED panel manufacturers, we are most familiar with them, and they are also the manufacturers with the highest market share of OLED panel at present. Samsung mainly has three production lines in OLED: A1-A3, l6-l8 for LCD panel, L6 for commercial panel of IT products and L7 / L8 for TV panel. 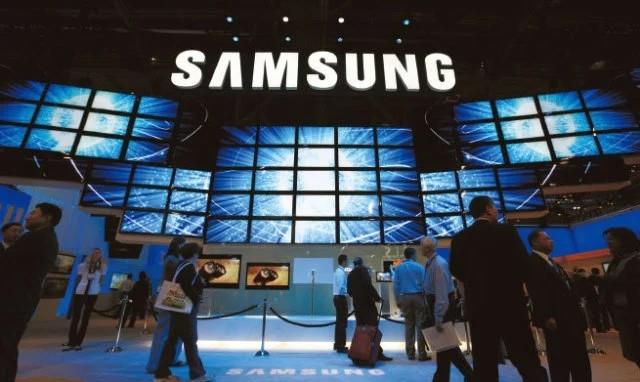 Although there are both OLED and LCD production lines, Samsung obviously focuses more on small OLED at present. L7 production line is planned to sell some liquid crystal production equipment and rebuild it to produce OLED panel. In the first two years, Samsung decided to invest 325 million US dollars to increase the capacity of A3 flexible OLED production line to meet the growing demand for OLED panels.

In addition, Samsung plans to build a production base for the 6th-generation flexible OLED panel called

It can be seen that the OLED panel of LGD mainly focuses on the large size of TV, and the small size panel is also actively deployed. From the beginning to the end, there is no such medium size as the production display.

In recent years, BOE's attention has been more focused on small-scale OLEDs. In 2017 and 2019, six generations of flexible AMOLED production lines were put into production in Chengdu and Mianyang respectively, and the first 6.47 inch water drop curved flexible screen was mass produced in Mianyang. And just a few days ago, BOE took Apple's big order: from 2021, BOE will provide 45 million OLED screens for Apple's mobile phones. 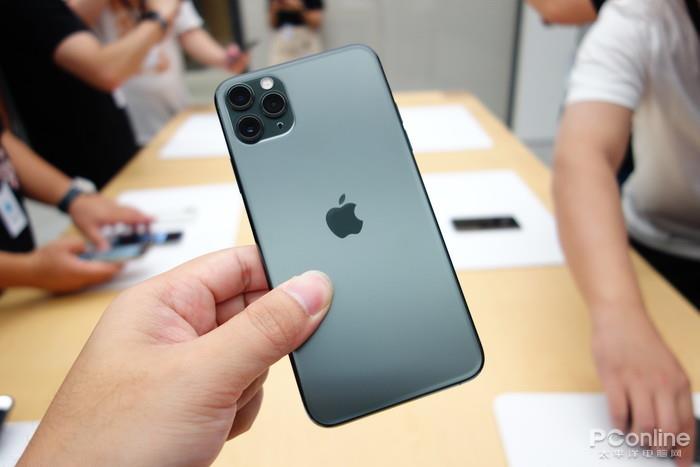 The contract will enable BOE to surpass LGD and become the second largest iPhone supplier. Although Samsung still supplies most of Apple's OLED panels, the number will be reduced from 230 million to 150 million.

According to IHS Markit, in Q3 2018, Samsung accounted for 94.2% of the small size flexible OLED panel market, almost monopolizing. 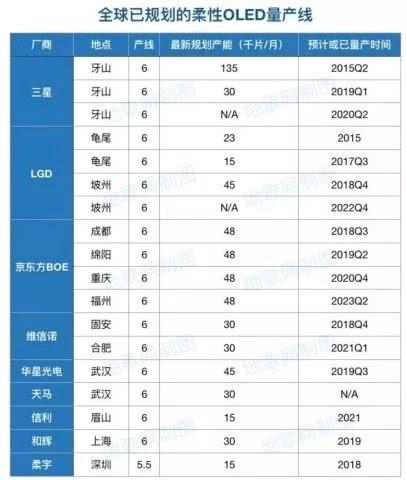 In this table, the T4 project of csot was launched in 2016, mainly with small AMOLED, while the T7 project, mainly with large OLED, including ultra-high resolution 8K display equipment, will apply the OLED manufacturing technology of ink-jet printing. Later, it should continue to invest according to the market demand to increase the capacity of OLED, and TCL displayed Mini at the 19 German electronic exhibition LED display technology of TV shows that csot is also very active in the layout of new technology. 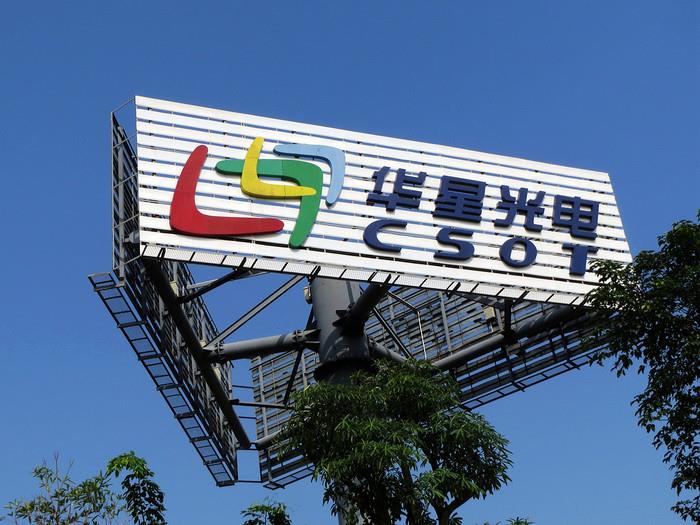 The list does not mention that Vicino is the earliest domestic enterprise involved in the field of OLED, for the technical route of Vicino, according to the former General Manager of Vicino, in the small and medium size, the use of 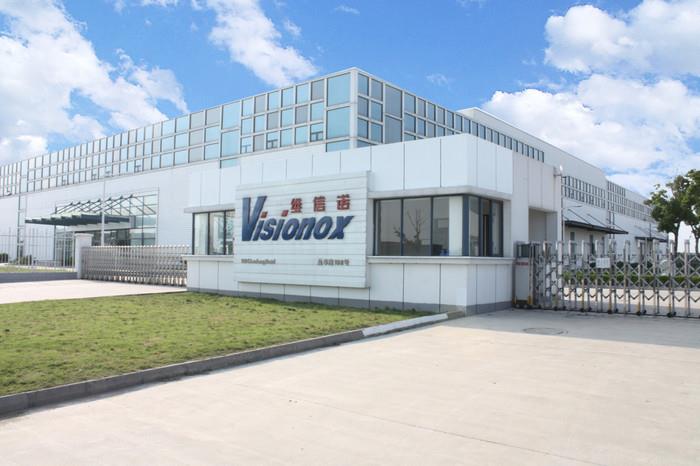 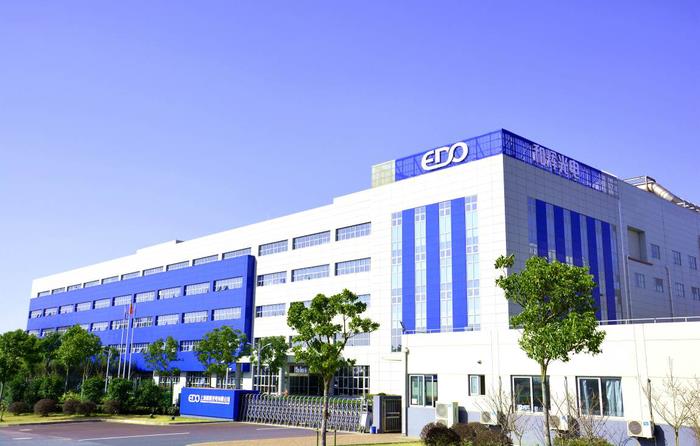 So the remaining low-end AMOLED production capacity in China is not only consumed by entry-level mobile phones, Shanzhai mobile phones and non mainstream brand mobile phones, but also entered the market of maintenance and screen replacement.

Let's take a look at the situation of large-scale OLED TVs. According to oviravo data, in 2018, the global OLED TV shipments reached 2.4 million units, up 69.4% year on year, but the global OLED TV penetration rate was only 1.1%. 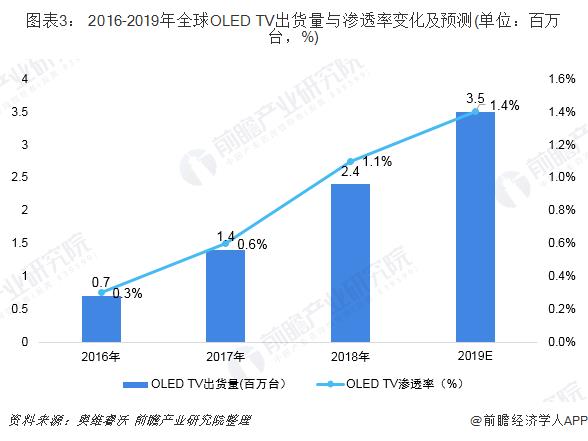 Among the many panel manufacturers mentioned above, many are also making large-scale TV OLED panels, with such hard investment and so much publicity among consumers, but the global OLED TV penetration rate is only 1.1%. After all, the positioning of OLED TV is expensive high-end products, which can be understood. As you can imagine, the penetration rate of other less concerned areas, such as PC display, is even lower to almost negligible.

According to oviravo data, in 2018, the global OLED TV shipments reached 2.4 million units, an increase of 69.4% year-on-year. However, according to ihsmarket data, in the second quarter of 2018, the penetration rate of OLED TV in the high-end market with more than $2000 was 59% in Japan, 44% in North America and 45% in Europe. 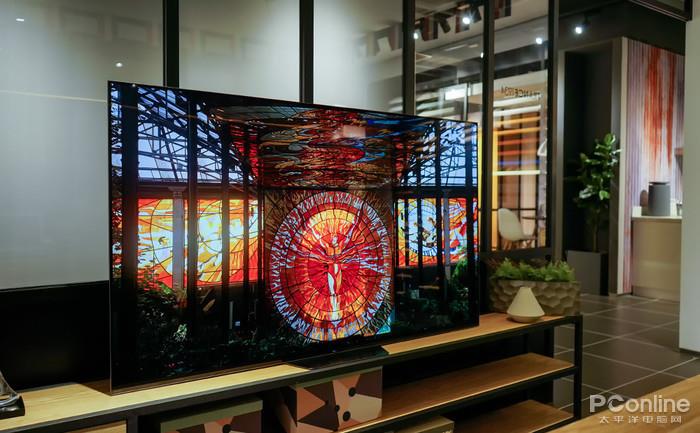 In a word, although the overall penetration rate of OLED in large-scale products is still very low, the penetration rate in high-end TV market is very high, half of which is OLED TV, and the growth rate is very fast.

Will there be more OLED displays in the future? 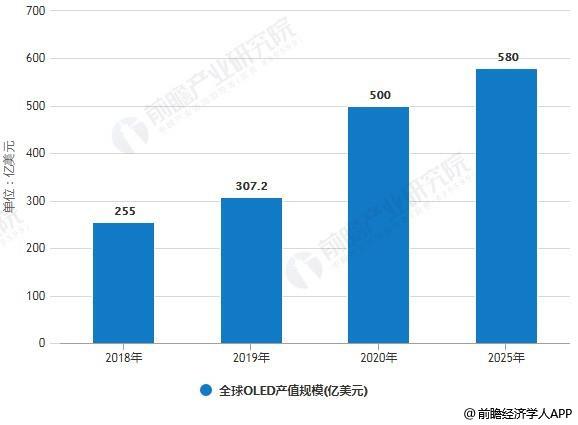 At present, we see a lot of new screen technologies on OLED, such as flexible screen curved screen, 88 inch super size, 8K ultra-high resolution screen, etc., which shows that the overall capacity and high-end technology are improving, so when the capacity of OLED is expanded to a certain extent in the future and more capacity can sink to more display fields, the PC end display will definitely be one of them.

From the current PC display, the most rapid development in recent years is the e-sports screen: high refresh rate, ultra wide screen, larger size, and higher resolution. I think the panel type will definitely go further in the future. At present, compared with TN screen, there are more and more IPS screens with better display effect. Then in the future, OLED display will certainly be more and more, and the price will be more and more people-friendly, which is just a matter of time. 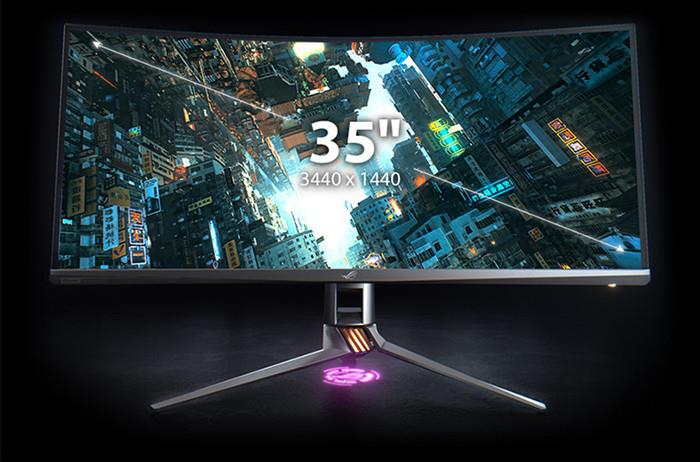 The excellent display effect of OLED screen is recognized. OLED screen has high color gamut, high contrast, fast response speed, and the display effect is undoubtedly more excellent. It can also be used as a clock or picture frame, as well as the novel characteristics of folding and bending. 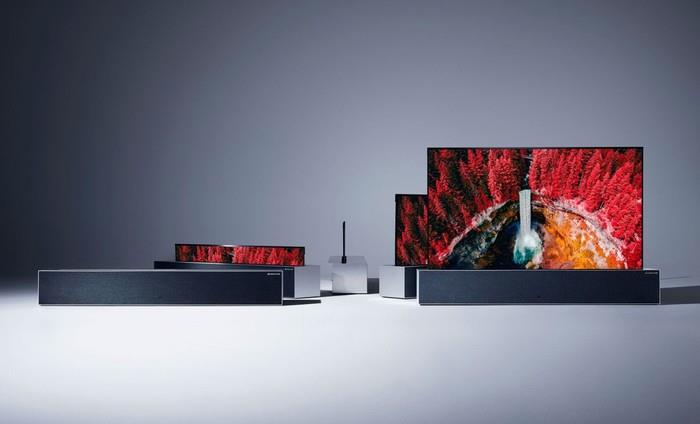 In the use scenario, OLED is used on the display, the screen size is larger than the mobile phone, and the viewing experience will certainly be better; when playing games, faster response speed can bring higher refresh rate and less drag; while in professional design and film and television production, a higher color field can display a richer color space and so on.

This is also used in notebook or display, but it is concentrated in a few high-end products. For example, the mb16ahp of ASUS proart series, which costs 39999 yuan, uses a 4K resolution OLED screen. In addition to excellent color performance, it also supports a variety of HDR formats, as well as a 0.1ms fast response time and ASUS Proart calibration technology can provide fine-tuning of color accuracy and uniformity compensation.

OLED screen is excellent, but there are still some shortcomings to be overcome, such as screen burning, especially if it is used as a display, an icon appears in the same location for a long time, which may aggravate the risk of screen burning. There is also PWM dimming, OLED screen will use low frequency PWM dimming in low brightness, some people's eyes are more sensitive may be more uncomfortable, but now many manufacturers have introduced DC dimming to solve this problem, but the solution effect is also different according to manufacturers. There is also the cost, which has been mentioned before. When the capacity increases in the future, the cost will be even lower.

Conclusion: OLED screen is developing rapidly. We hope that domestic manufacturers will continue to make efforts 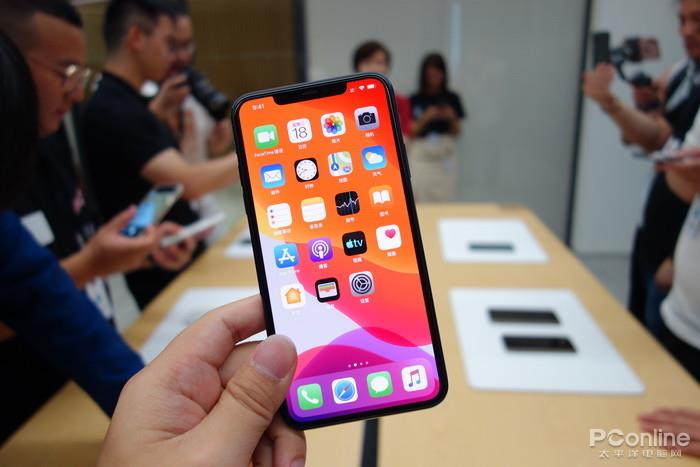 Related news
The size of the OLED screen must be eaten by Samsung? I don't know if LGD will panic.
Why is the OLED screen all over the mobile phone and the display almost invisible?
The father of LCD switch to OLED! Where does sharp go
Hot news this week
Young people can't change their mobile phones one brother pressure in the channel inventory up to 50 million
Chinese mysterious female rich 560 million buy European luxury homes: the full amount of cash is paid at a time
Criminal gang candid courier list takes the money 8 people to be arrested
Do you make feed after Yi Lord? Zhenghong Technology M & A has mystery
Internal personnel have caused players to contradict? Netease "Yin Yang Shi": Impossible!
The first pop -up shop in the United States opened, Bubble Mart opened the North American expansion plan
The goose factory is finally making a move on the metasverse?
Big news! The police report henan village banks can not withdraw cash case, has captured a number of suspects
With this charging treasure that can legal "stealing electricity", I don’t worry about the mobile phone out of power
Tesla has lost nearly $600 million after the richest Chinese lost 89% of his net worth in the bitcoin crash
The most popular news this week
Huawei's mid-range phone Nova Y90 has been released overseas and will soon be available in China
The new MacBook Pro 13 -inch is now available at the Apple Store retail store
The largest professional wholesale market was granted an Internet payment license, and 449 million yuan became the actual controller of Fastlink
Huawei's Nova 10 Pro appears on Geekbench powered by Qualcomm Snapdragon 778G 4G
Apple updates the subscription management interface on the iPhone: the larger distance display is more detailed
Apple says its employees have reproductive health benefits but has been asked by lawmakers to investigate
The iOS 16 upgrade is no longer supported on the iPhone 6s
Apple M2 version of MacBook AIR July Sale: Magsafe Return
Activision Blizzard CEO Bobby Kotick kept his seat on the board
Apple's best-selling product is getting an update! New AirPods Pro Exposure: Heart rate monitoring, USB-C support