Comparison of three Samsung Galaxy S20 series mobile phones: the first 10000 yuan 865 flagship is not worth it

On the evening of February 27, Samsung held an online conference in China,Officially launched a national bank version of the Galaxy S20, Galaxy S20 and Galaxy S20 Ultra , starting from RMB 6999, 7999 and 9999. What's the difference between these three phones? Take a look at this detailed specification comparison. 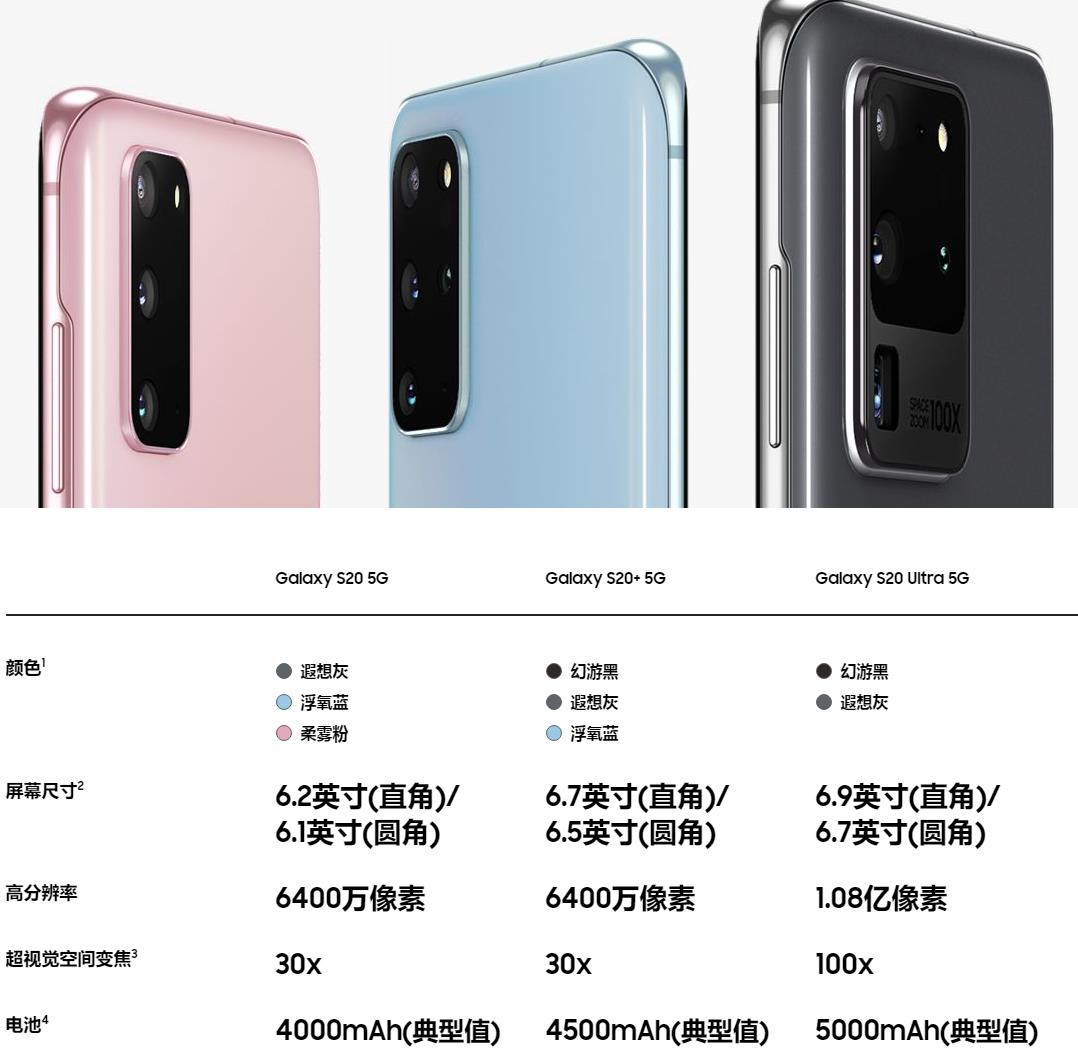 In this year's popular high refresh rate, the galaxy s20 series is finally on the 120hz refresh rate, but at this time the resolution is reduced to 1080p level, does not support 2k120hz simultaneous opening, there is news that samsung is solving the problem, may open later. 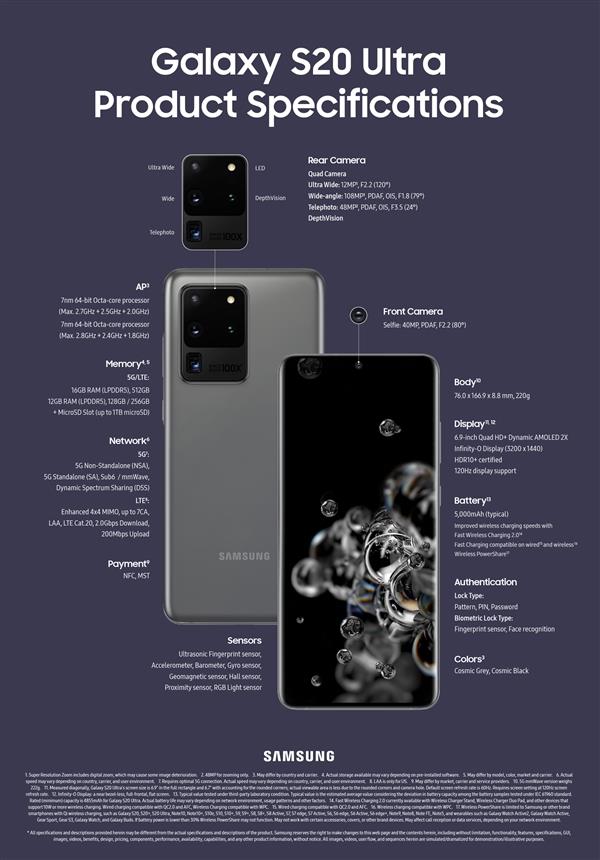 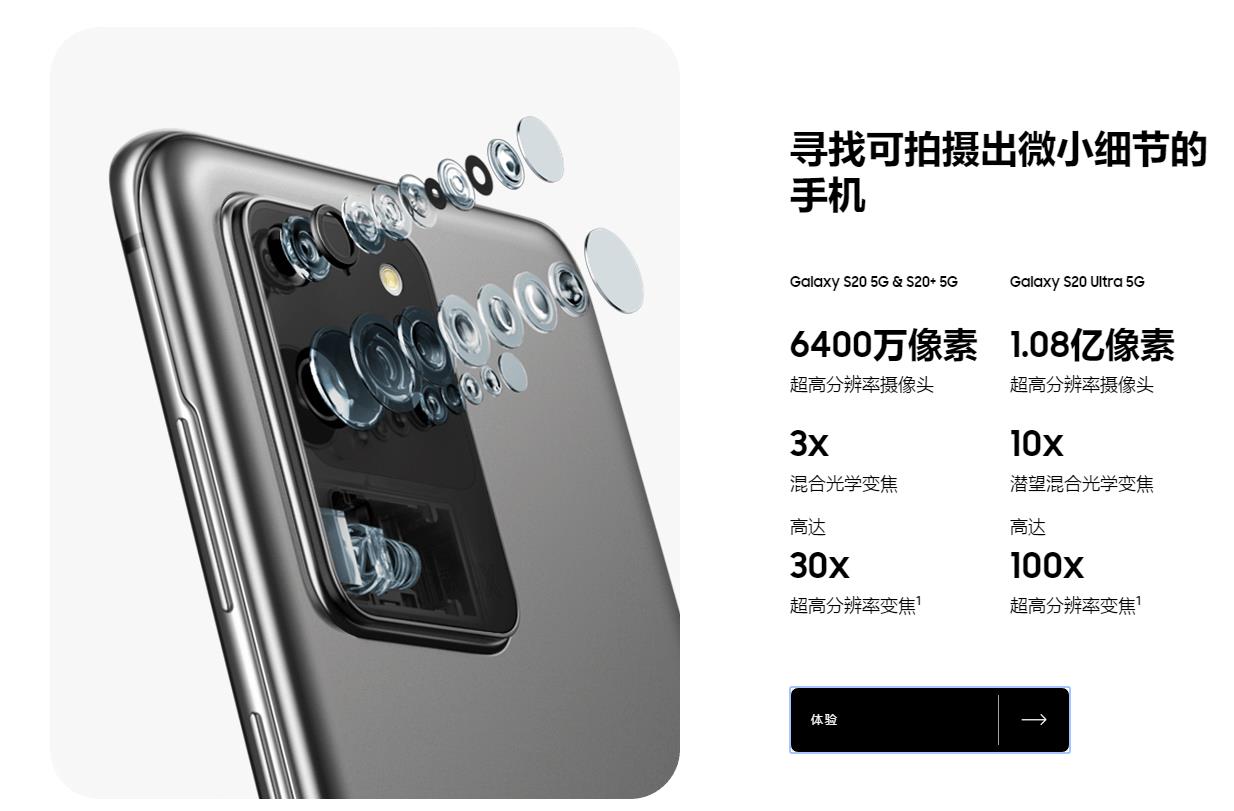 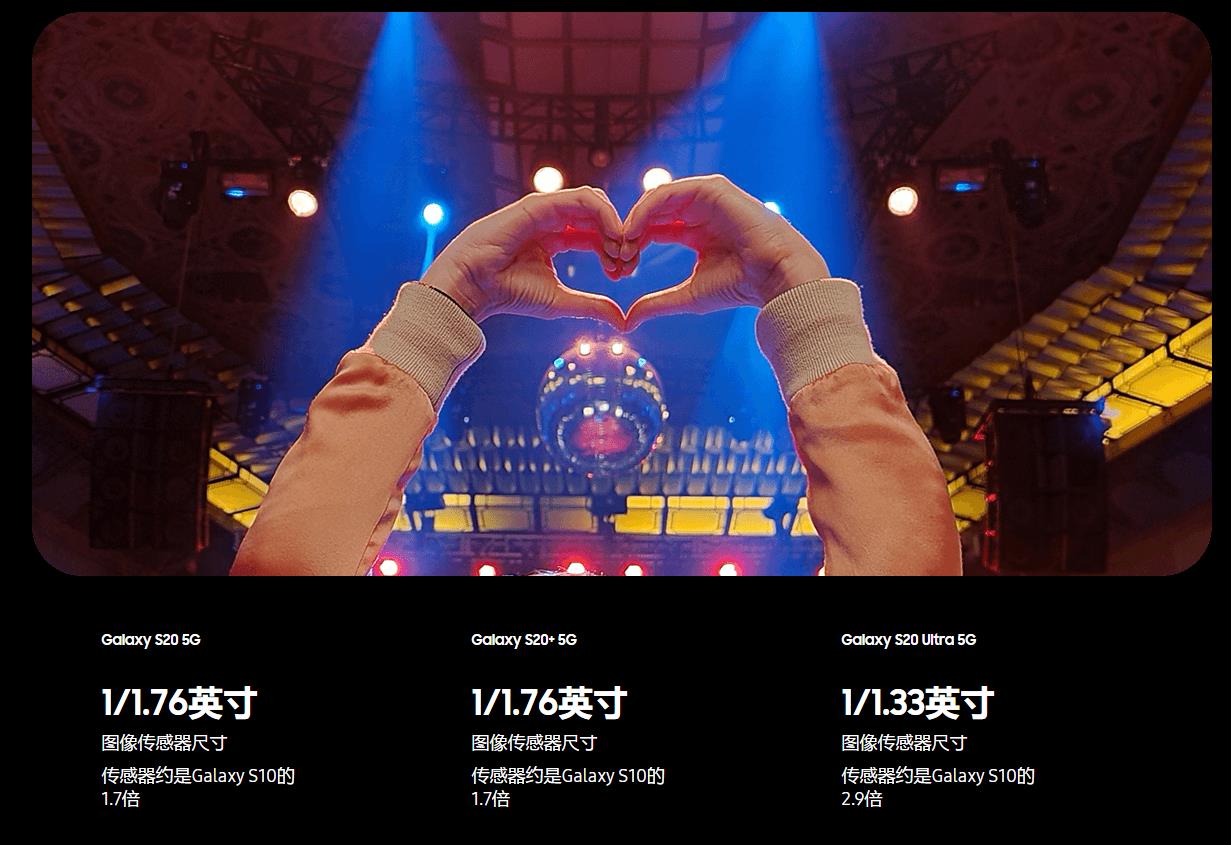 The Galaxy S20 Ultra's 100 million-pixel sensor is Samsung's simultaneous release of ISOCELL Bright HM1,1/1.33-inch outsole, and its biggest change compared to HMX is the upgrade from four-pixel in-one to nine Nonacell, although the unit pixel size is still 0.8 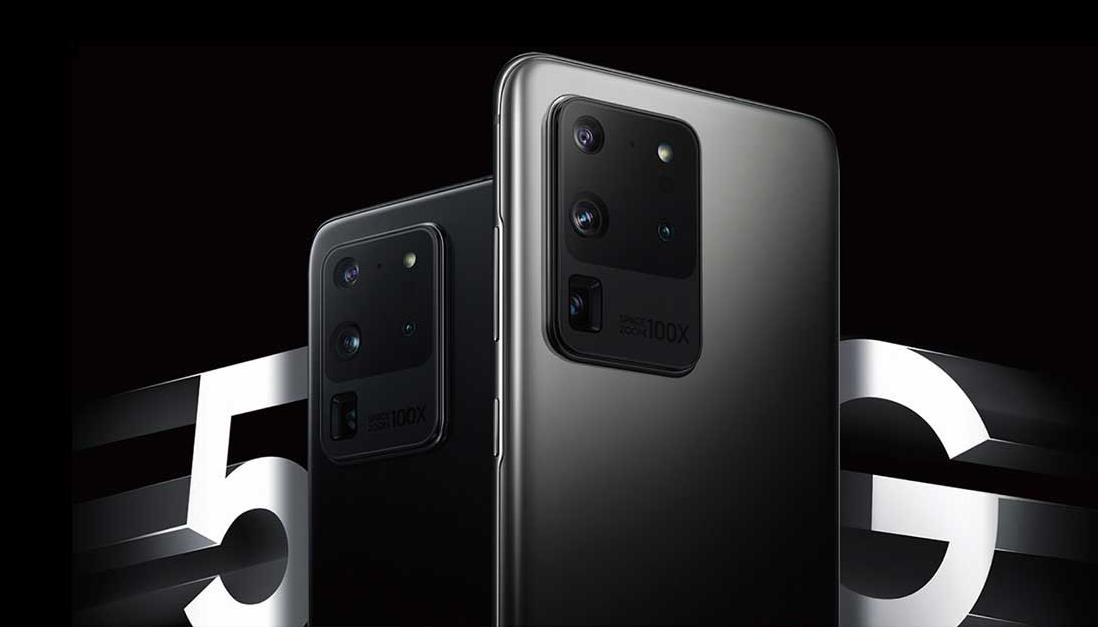