On February 27, 2020, Samsung Electronics officially released its flagship smartphone of Samsung Galaxy S20 Series in China. With the arrival of 5g era, the communication industry has entered another new decade. As a new generation of 5g flagship, Samsung Galaxy S20 series is equipped with cutting-edge 5g technology, aiming to bring high-quality network communication experience to more consumers. Not only that, the new professional camera combination with breakthrough technologies such as 108 million pixel super-high resolution [1] and 100 times super vision space zoom [2], which supports up to 120 Hz refresh rate, super sensory full view screen with cinema like visual effect, and greatly improved performance performance, also brings the flagship experience of the new era for consumers. 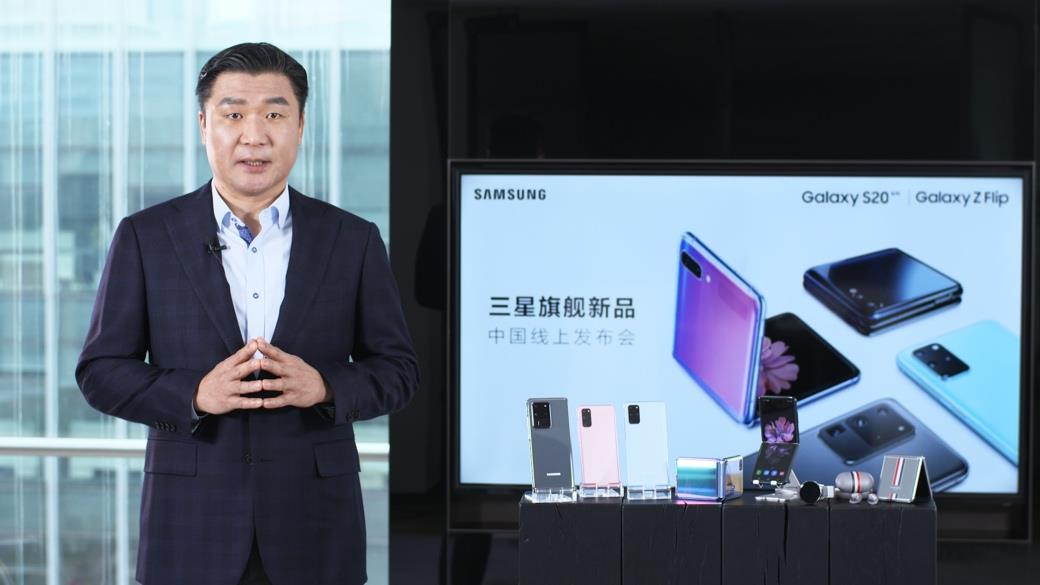 Samsung Galaxy S20 series is equipped with a new generation of professional camera combination, which adopts the most powerful image sensor and advanced camera artificial intelligence enhancement technology of Samsung so far [4], bringing amazing improvements such as ultra-high resolution and ultra visual space zoom, and completely changing the way users shoot. Through the Samsung Galaxy S20 series, users can not only easily take super clear photos with more small details, but also use the forward-looking 8K video camera function to record high-quality images like movies.

The breakthrough ultra-high-resolution imaging of Samsung's Galaxy S20 series allows the photo to have plenty of detail and ensures that it still has outstanding clarity after zooming or cutting. In particular, the more professional Samsung Galaxy S20 Ultra 5G, with its stunning 108 million-pixel ultra-high-resolution camera paired with a 100-fold hyper-visual-space zoom [5], allows users to easily capture the richer and more nuanced image details in the vision, no longer worrying that the zoom-out of the photo will only blur the image; while the Samsung Galaxy S20 5G and the Galaxy S20G's 64 million-pixel hyper-resolution camera, as well as the hyper-visual zoom of up to 30 times, will also be able to present the details or vision clearly to users. Thus, each photo taken by the user is a whole new world after zooming in on the details, as if it contains an album. Thanks to the increased amount of light incoming, upgraded AI multi-frame synthesis and innovative nine-pixel-in-one technology brought by super-large photosensitive elements, users are also able to achieve significant noise reduction in dark light environments or night-shots, making the photos more bright and clear, and recreating the super-night color.

More than that, the Samsung Galaxy S20 series has also added a unique AI one button multi shot function. In this mode, users can synchronously take photos of up to 10 seconds, different lenses, different filters and other modes and effects through artificial intelligence technology by just pressing the shutter. In this way, when users are recording their lives, they don't need to worry about which photo mode or filter to choose. They just need to choose a satisfactory effect from the preview after the shooting is completed, and there is no need to re shoot.

In terms of video shooting, the three Samsung Galaxy S20 series products all support 8K Ultra HD video recording 3, which improves the camera resolution of the mobile phone to a new height. In 8K ultra-high resolution, even if the image reaches the size of the cinema screen, its dynamic image can maintain ultra-clear resolution. Not only that, by using the 8K video snapshot function, users can also capture wonderful clips and extract 33 million pixel high-definition static pictures from the dynamic images of 8K video, so that the video pictures are correct. In daily video shooting, super stable mode can also take stable video like a sports camera with the help of precise AI technology; night time delay photography with artistic visual effect can ensure the brightness of the picture and show the brilliant flow of dark night.

On the screen side, the Samsung Galaxy S20 series has smaller in-screen openings, narrower borders and a larger visual space, and a system-wide support for 120 Hz ultra-high screen refresh rate [9], taking the premium experience of ultra-sensory full-screen to a higher level. At 120 hz refresh rate, both users slide screen and play games, can feel more clear and smooth visual experience and sensitive and comfortable touch experience. Not only that, but also samsung's high-frame-rate adaptation of mainstream games with domestic partners, further bringing professional quality to gamers, plus hdr10 certification and outstanding qualities such as german vde certification [10], make every user feel eye-catching quality. In addition, eye protection mode [11] can also adjust the range and intensity of blue light, effectively reduce harmful light, let the eyes have a healthy experience at all times.

In addition to the super-high-speed 5g experience and outstanding screen effect, the performance of Samsung Galaxy S20 series is as strong as ever. Thanks to the 7Nm high-performance processor with advanced AI technology, 12gb or 16GB of powerful running memory [12], users can have a smooth and comfortable experience when opening applications, switching tasks or enjoying games; the built-in storage space of up to 512gb [13], which can also be expanded by microSD card [14], realizing a mass storage space of up to 1.5tb [15], helping users Easy to save high-resolution videos and photos. The high-capacity battery [16] [17] with a maximum of 5000mAh (typical value) and ultra long endurance, as well as technologies such as accelerated charging and wireless accelerated charging 2.0, can help the mobile phone to maintain sufficient power and real-time standby. The newly upgraded Bixby screen reading 2.0 [18] supports intelligent full screen translation, map reading shopping and other functions on the basis of intelligent word processing. Users can easily read foreign languages and experience a variety of services such as palm shopping without splicing or switching applications.

At the same time, Samsung pay further enriches the number of bank cards and traffic cards that can be added. It also supports smart door cards, QR codes and other functions, providing more users with smart and convenient experience in daily life, payment and travel. In addition, in terms of cloud storage services, Samsung has begun to cooperate with Tencent micro cloud to meet the needs of users to expand cloud storage capacity and related value-added services. At that time, there will be exclusive benefits for Samsung Galaxy S20 series users. 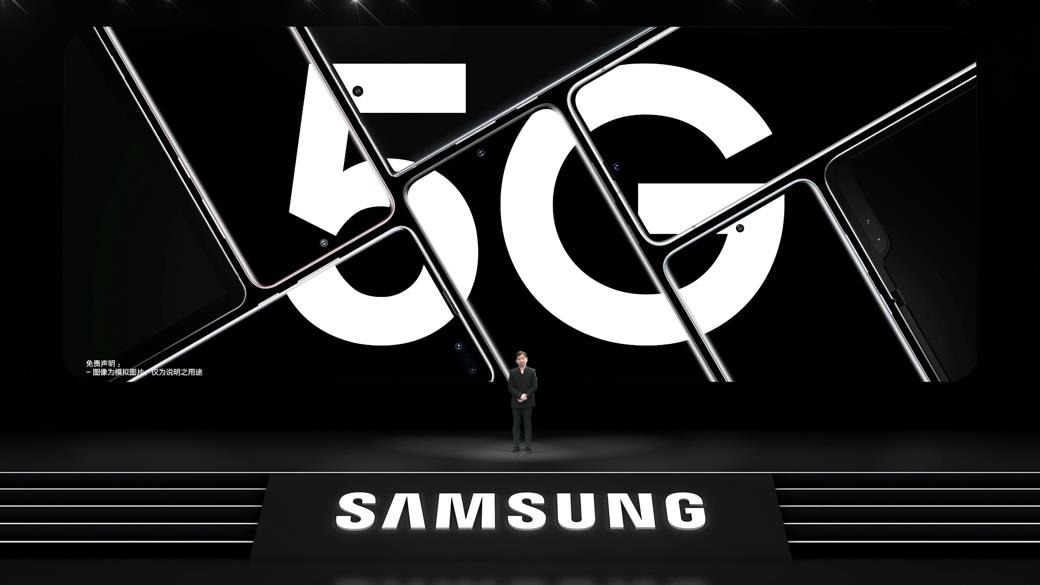 Samsung's new wireless Bluetooth headset, the Galaxy Buds, was also unveiled at the launch. On top of maintaining the outstanding sound quality of the AKG, Samsung Galaxy Buds is equipped with a dual speaker and three high-quality microphones to further upgrade the experience. In addition, there has been a significant improvement in the ability of headphones to last up to 11 hours when used alone, and to last up to 22 hours if used with a recharged outer box [19], allowing users to enjoy the premium hearing experience from the Samsung Galaxy Budds even on a journey. 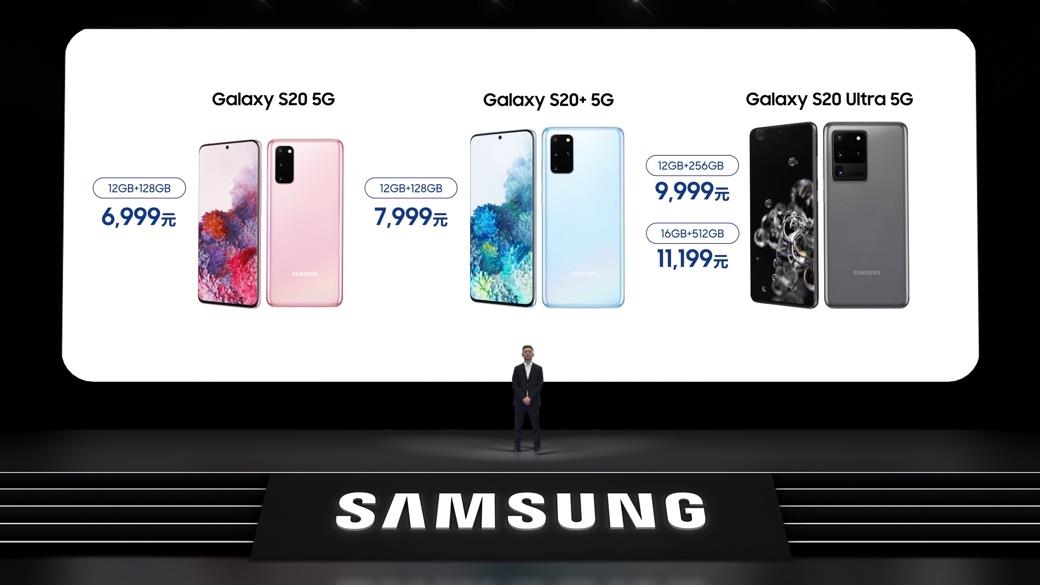 Related news
Samsung's next flagship is Galaxy S20: the top version is Galaxy 20 ultra
Samsung Galaxy S20 Series Launch Forward: Starting 865 and Smart Speakers
Driving the era, experiencing the future Samsung Galaxy S20 series, opening the next decade
Lei Jun commented on Samsung Galaxy S20 series after watching the conference
Comparison of three Samsung Galaxy S20 series mobile phones: the first 10000 yuan 865 flagship is not worth it
Open up 5g era and lay a solid foundation for Samsung Galaxy S20 series to be officially released in China in the next decade
Samsung Galaxy S20 ultra experience: from 9999 yuan, the new generation of Android King
Sunny20 Red Temperature Samsung Galaxy S20 5G Fu Hong New Warm Market
Direct screen S20 Samsung Galaxy S20 Fe real machine exposure: cheaper than S20
Samsung Galaxy S20 Fe 5g officially released in China
Hot news this week
Lu Jian, president of linkedin China, responded to rumors of the "closure of linkedin China" by saying that the company will increase its investment in China even if it does not reduce it
Samsung Motor announces end to flexible printed circuit board RFPCB business Without affecting iPhone production
I can't play! The official solution to the bug in Chinese Paladin vii was provided
The video asked Net-a-Lago to apologize
On New Year's Eve, a trio on a business trip will celebrate the lunar New Year in space: a first for the Chinese
The United States exposes the higher civilization of the universe: human beings are inferior to good ones
Rolls-Royce China SAO operation caused dissatisfaction wang Sicong message not to buy: official apology
Bytes beat 9 billion yuan to acquire VR companies, then invest the chip, or to accelerate the layout "Yuan Universe"
Xiaomi appointed Li Xiao Shuang as a vice president of Xiaomi Motor, CFO Lin Shiwei, and the CEO of Stars
Xiaomi intelligent clean ecological chain enterprises to pursue technology to complete 3.6 billion yuan C round financing
The most popular news this week
Tesla Q3 earnings reading: Record net profit on revenue Pressure on new Chinese cars is coming
Microsoft CEO NADELLA is most concerned about three things: ubiquitous computing, AI big model and virtual online
Nearly 80% of teenagers in Taiwan think cyber bullying is a serious problem, according to a survey
What opportunities and challenges brought to the financial industry?
Jia Yueting is paying back the money again! Faraday's future former employees in China receive a pay rise
The storage chip faucet is 119 times the first three seasons, the chairman reporter is born, "cattle scattered" did not lose the position.
The liabilities are still 95 billion Jue Ting pays, and FF China's front employee will collect salary and consistent with the in-service.
Wechat iOS version 8.0.16 release: Voice call interface will display the other party's circle of friends only after clicking
Interbrand world has a top 100: Apple, Amazon, Microsoft, Google, Samsung
Facebook is changing its name next week: But Mark Zuckerberg hasn't decided yet