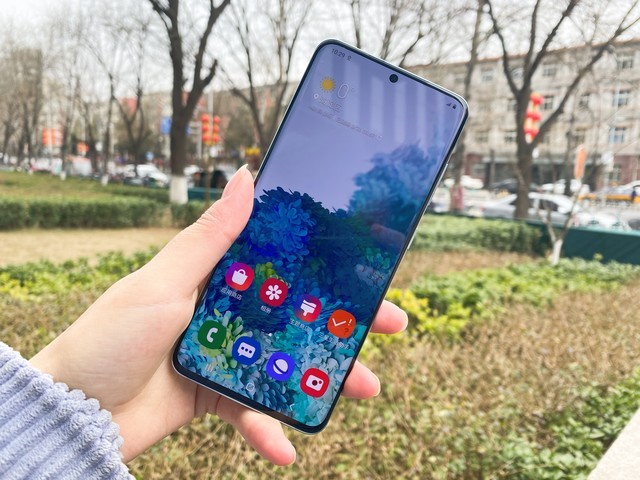 Users who know Samsung mobile phones know that in the "light and thin" link, Samsung's flagship every year can be said to be full marks of top students, and this year is no exception. When I picked up the Samsung Galaxy S20, I was immediately moved - this is probably the product I really want.

Believe me, among those flagship phones with an average of 200g last year, this year's Galaxy S20 can be said to be a good start for the mobile phone industry - only 163g body weight, light weight design makes long-term use not feel tired. 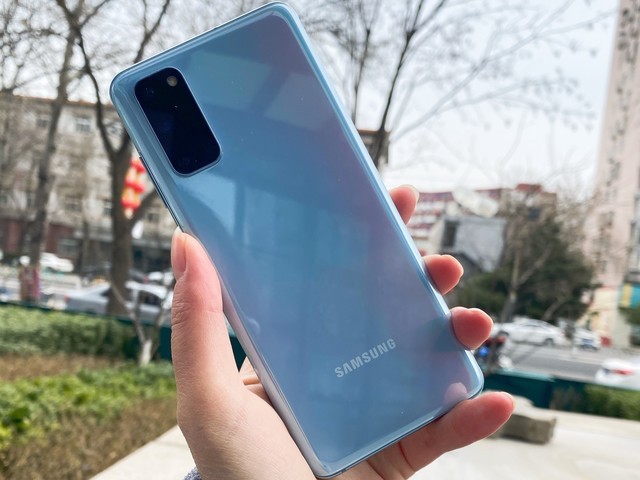 As a top student who gets full marks for "light and thin" part, Samsung Galaxy S20 is outstanding not only for the weight control of the fuselage, but also for its 7.9MM fuselage thickness, starting with the perceptible thin. Holding the phone in your hand, you can see the beautiful waistline and excellent thickness control on the side of Samsung Galaxy S20 from the side. 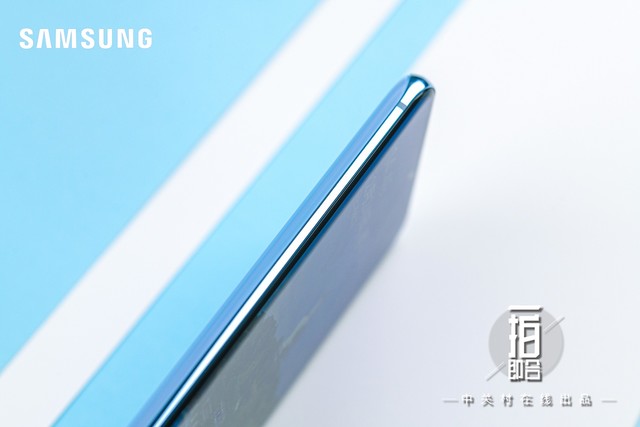 In the author's view of the current mobile phone with one hand to hold the best feeling of the phone, is the author's hands of the Galaxy S20. Unfortunately, however, a certain amount of battery capacity has been sacrificed to control the weight and thickness of the fuselage, but the capacity of the 4000mAh battery is guaranteed in daily use.

As a top student, the Samsung Galaxy S20 is not "partial". In addition to its lightness, other parts of its appearance are also brilliant, such as the moment when the screen is lit.

With the front screen of the fuselage, the Samsung Galaxy S20 uses the same center-holed screen from the Galaxy Note 10 series, hiding the front camera between square inches. With the technology of in-screen openings, the openings in the center of the screen are smooth and smooth, and the ultra-small holes in the 6.2-inch screen are inconspicuous, even giving a sense that the front is full of screens. 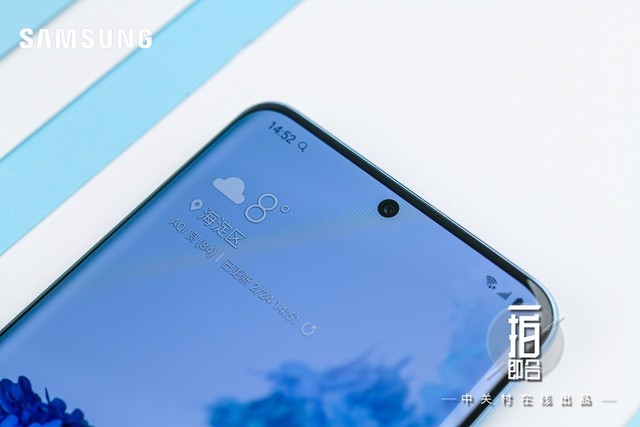 On the back of the fuselage, the back cover of Samsung Galaxy S20 can produce a colorful visual impression with the back glass changing with the light, and the whole machine is full of light. In addition, the Samsung Galaxy S20 is not easy to touch fingerprints when it is beautiful, which is very friendly for people like me who don't like the mobile phone shell. 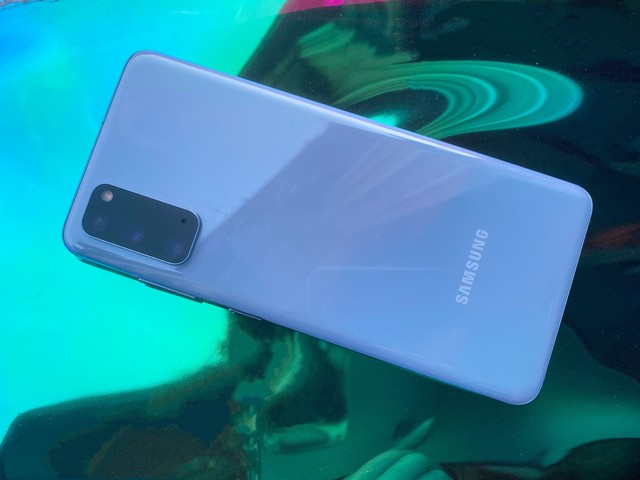 As a whole, Samsung Galaxy S20's fuselage design is a top-notch student with all-round development of "virtue, intelligence, body and beauty". There is no partial division and each link has excellent performance. The appearance part is eye-catching and the weight control is excellent.

In the introduction of appearance, some readers may have noticed that the screen didn't introduce too much. Why? Because Samsung Galaxy S20's screen is worth my time alone.

In addition to high pixel density, Samsung's Galaxy S20 screen also supports high refresh rates. The so-called screen refresh rate refers to the number of times the image on the screen is scanned repeatedly from below. A higher refresh rate has more frames in the same time, and the higher the frame rate, the more smooth the animation becomes. The 60 Hz screen refreshes 60 times a second, and the 120 Hz refresh rate doubles within a second.

The screen quality of Samsung Galaxy S20 is at the top level in the current market. Who knows the touch? The readers who want to experience it can go to the offline stores to have a real experience. 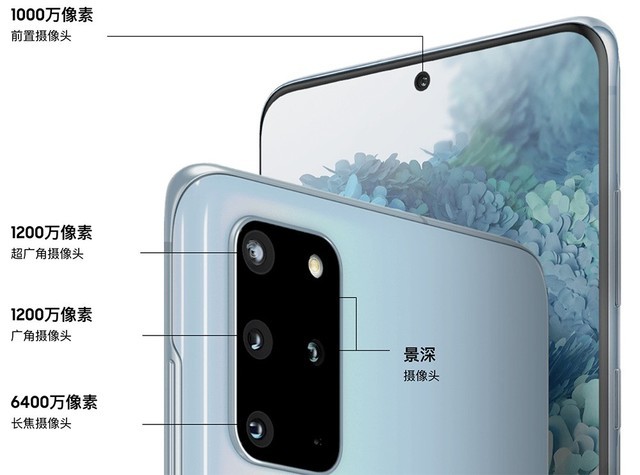 The 64 megapixel high-resolution camera of the Samsung Galaxy S20 can provide ultra-high resolution, which can maintain excellent definition even when cutting into pictures. Its advanced zoom function adopts 3 times hybrid optical zoom. Combined with the enhanced super-resolution zoom function of artificial intelligence, it can achieve 30 times of digital zoom. 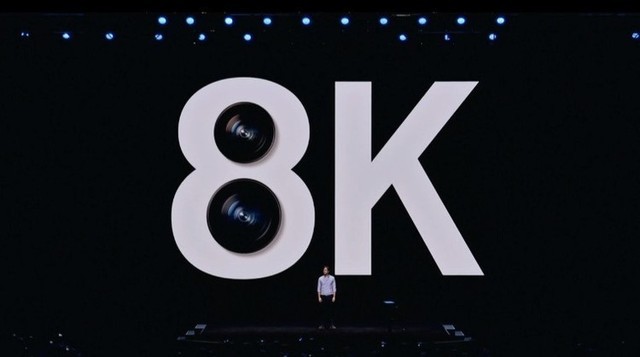 The AI one touch multi shot of Samsung Galaxy S20 is a process of taking a variety of modes of photos and videos synchronously with one touch through artificial intelligence. In short, only one shot can generate photos with various modes such as different lenses, different filters and so on. You can get multiple styles of photos without taking them again, which saves a lot of trouble.

In terms of photographing, the author found that Samsung Galaxy S20 added a little thoughtful design to the camera - multiple shortcut keys with different magnification can appear when clicking zoom, making it easier to switch when photographing.

In the image, Samsung's Galaxy S20 performance is as good as ever, and the tuning of its industry-leading algorithms is impressive. In addition to hardware upgrades, the Samsung Galaxy S20 has a variety of tricks to make cell phone photography easier. 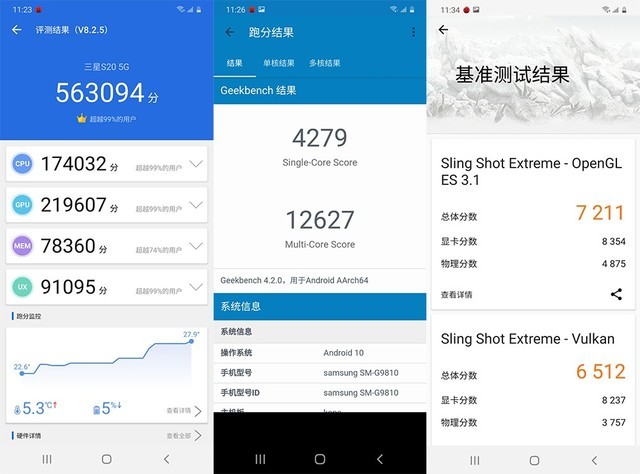 We all know the results of running points. I will not make too many comments here. Let's take a look at the Samsung Galaxy S20 processor. 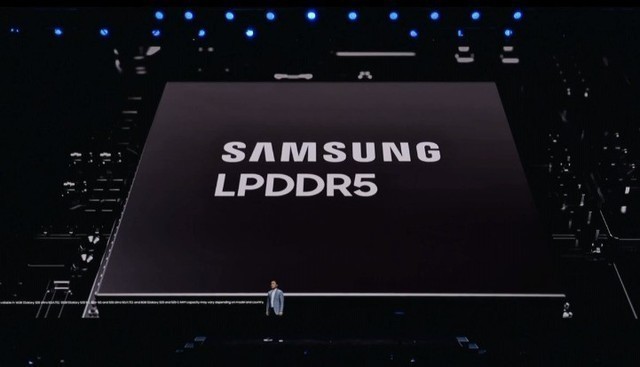 Samsung Galaxy S20, a powerful player, can't be a vase indeed. After a series of running points, we can see the energy under its light and thin fuselage. The flagship aircraft emperor can't be underestimated.

Samsung Galaxy S20 is such a model. When you see it in your hand, you will think it's a "vase", but after the actual hands-on experience, you will feel a little pain in your face. Some people say that Samsung Galaxy S series is the king of the plane. After starting Galaxy S20, I think it's true. A product with such outstanding appearance, photo taking or performance sits on the throne of the king of the plane and is very stable.

Related news
The maximum 100x zoom is comparable to a telescope! Samsung Galaxy S20 ultra
Samsung S20 explosion summary: re evolution with 100 million pixel Android King
Reality review of Samsung's annual flagship launch: Folding new machines and 100 times charred Galaxy S20
Driving the era, experiencing the future Samsung Galaxy S20 series, opening the next decade
Comparison of three Samsung Galaxy S20 series mobile phones: the first 10000 yuan 865 flagship is not worth it
Perhaps the best hand-held mobile phone Samsung Galaxy S20 Starts Up Experience
Samsung Galaxy S20 ultra experience: from 9999 yuan, the new generation of Android King
Finally the Galaxy flagship of the people! Evaluation of Samsung Galaxy S20FE 5G: The Empero
Hot news this week
Tencent Music rose more than 3%, and its average monthly revenue of more than 10,000 musicians in 2021 doubled, and NFT will generate revenue for musicians
China Telecom and Huawei jointly released "Super Time Frequency Fold" 5G Determine Network wireless key technology
CNKI is a wholly foreign-owned enterprise? A-share listed company Tongfang shares responded in this way...
Apple has increased incentives in China to up to 15,000 yuan after cutting the trade-in price in the US
Washing your nose with salt Water may Prevent COVID-19, experts warn
"Tmall responds to over 300 minus 50" to the hot search, netizens: Don't engage in Olympiad, less routine more sincerity
Gree Electric has nothing to do with Gree Real Estate! Dong Mingzhu reiterated that he did not do finance and real estate
Xiang responded to Tesla's lawsuit by saying he was dissatisfied with tesla's arrogant attitude but not defamatory
Microsoft has launched an adaptive mouse for people with disabilities that can be assembled as many parts as they want
After the release of the 2999 yuan new machine, it instantly became the hottest model in the headlines: dominating the list all night
The most popular news this week
The domestic screens are rolled to the 2K screen. Why don't Apple follow the roll?
Experts remind: Do not put disinfection pieces to the sewer, it is useless and harmful to disinfection outdoor outdoor disinfection
Flying Pig's new "Yunyou Museum" can watch the live broadcast of nearly 20 museums in China
DEEPMIND training more than 600 tasks such as chatting, playing games, and accumulating wood
4K display uses 240Hz for the first time! Samsung's new flagship display is coming
Accidentally found a new track! AMD Rayon 7 6800U batch arrived
Better iPhone signal! Apple has released a new official version of iOS
iPhone security big overturn, built-in chip low-power operation, after shutdown can still be tracked location
Hong Kong stocks popular technology stocks rose sharply: JD.com rose more than 9% Ali rose more than 8%
Yu Minhong: Strive to open source while reducing costs quickly, or New Oriental will die