In Samsung's mobile phone product line, S-Series and note series represent the company's top technology level in the first two half years and are also one of the most anticipated flagship products in the current Android camp.

This year's new generation s series has made some changes in the naming rules. Instead of using the way of increasing the number in turn, it has directly crossed S11, named Galaxy S20, like many domestic manufacturers, which is also the beginning of the next decade.

In order to pursue a higher screen share, manufacturers tried many different comprehensive screen solutions last year, such as the familiar water drop screen and lifting structure. In such an environment, Samsung "finally" no longer adheres to the set of design language used on the galaxy S8. For the first time, Samsung has adopted the design of a hole digging screen on its flagship product Galaxy S10 series.

Compared with other comprehensive screen solutions at this stage, the advantages of the hole digging screen are obvious. Its screen integrity is smaller than that of the water drop screen. At the same time, the weight and thickness of the fuselage can be better controlled because no additional mechanical structure is needed. This is particularly important for mobile phone products in 5g era. 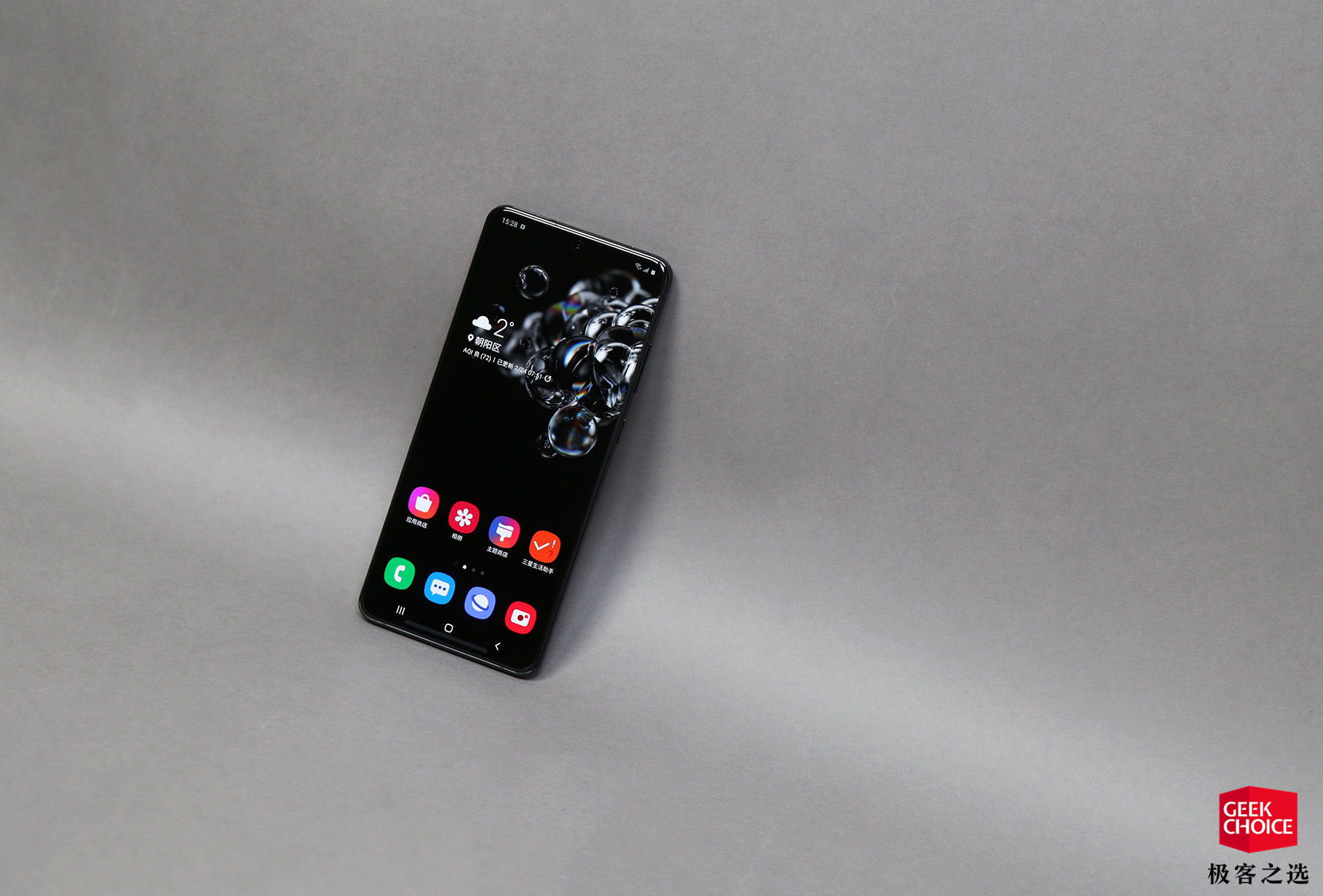 Not surprisingly, the galaxy S20 is still designed with a hole digging screen. In terms of opening method, this time, it did not continue the previous generation's practice, but chose the same scheme as Galaxy note10 series. All three models are single opening, and the position was moved from the top right corner of the screen to the top right. 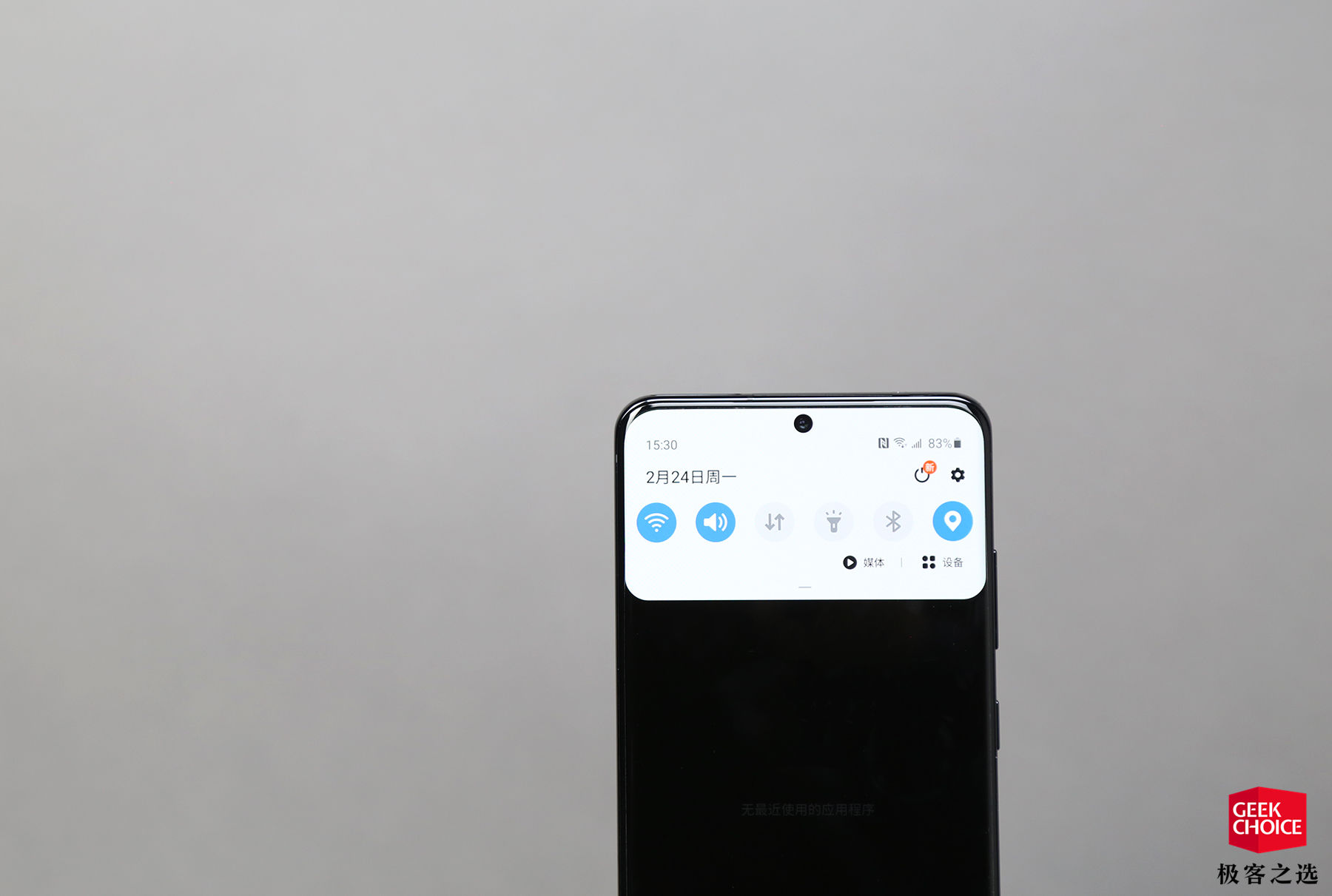 Although the official did not give specific data, in fact, by comparison, the opening aperture of Galaxy S20 ultra is slightly smaller than the millet 10 just released recently. However, the one UI is not as comprehensive as the MIUI in software adaptation. In some scenarios, the status bar is still widened. Fortunately, it is not obvious. Later, it is easy to solve this problem through system version update. 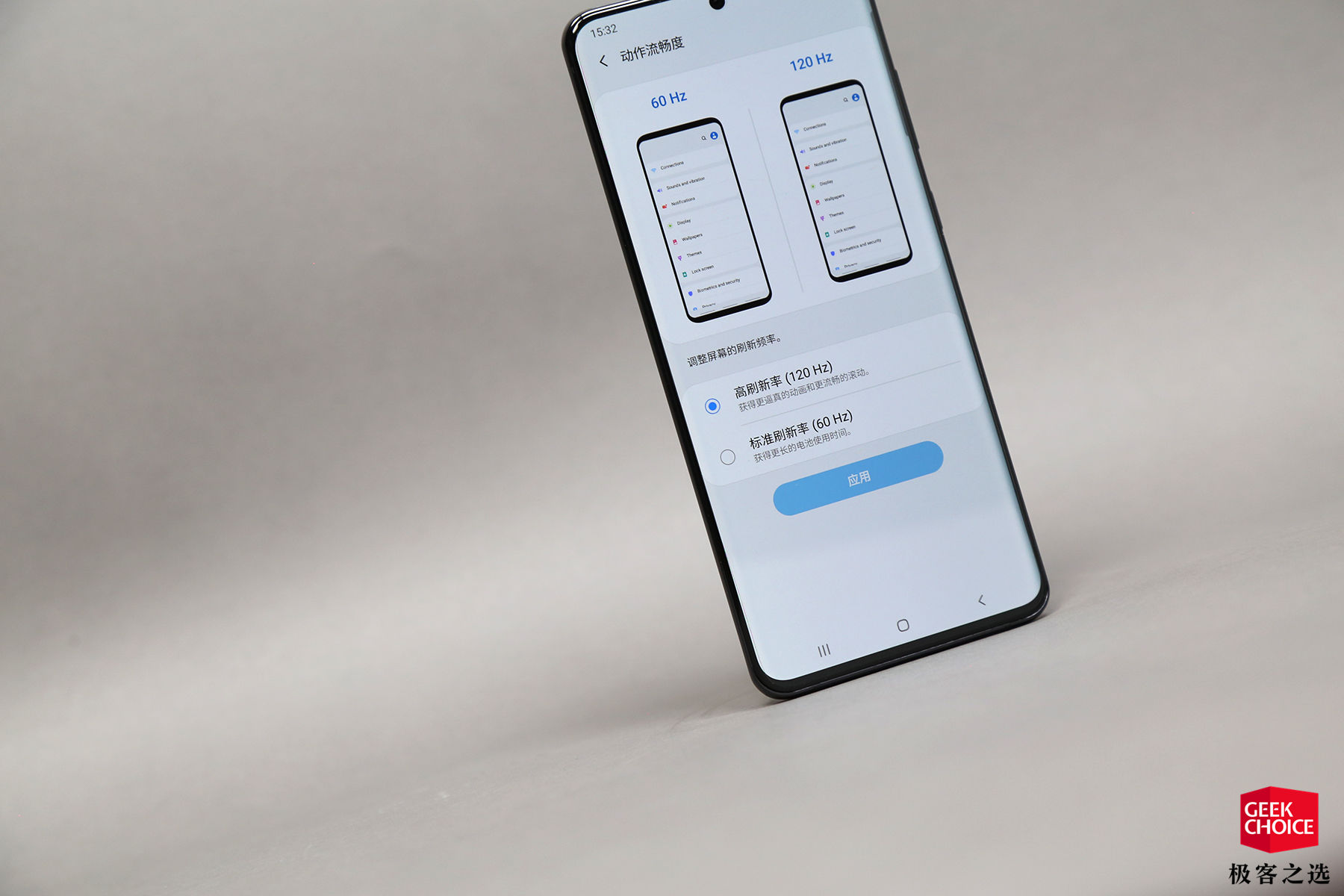 As for the experience improvement brought by high refresh rate, I'm sure you know more or less about it. I won't elaborate here. As for the difference between 120Hz in practical application and 90hz, in theory, the former can bring better chirality, but in daily use scenarios such as microblogging or browsing the web, it is difficult for you to perceive. 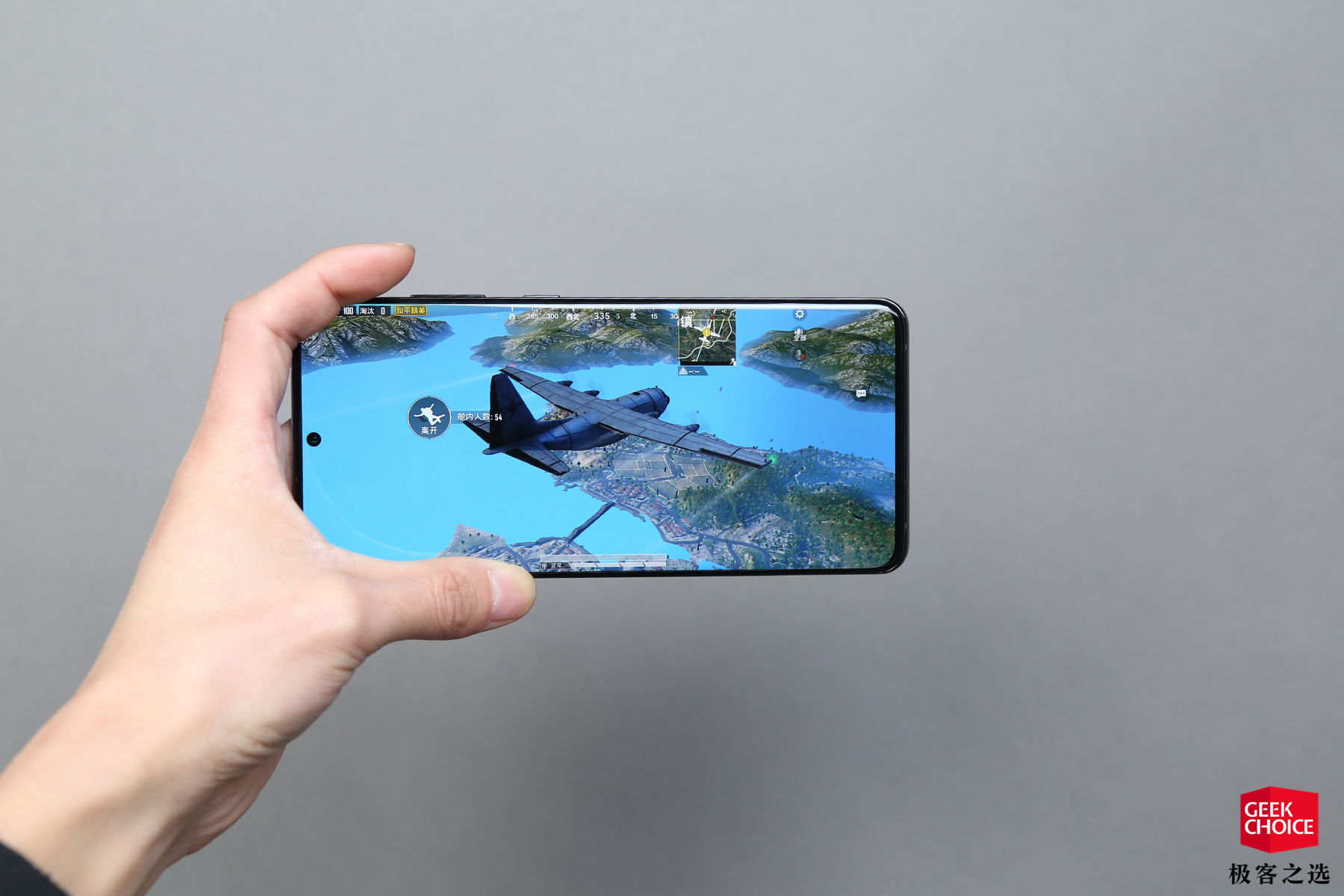 For other specifications, the Galaxy S20 Ultra's screen size is 6.9 inches,3200x1440 resolution, has passed the HDR10 certification, the overall quality is needless to say, is still the industry's top level. In addition, its curvature is still very small, which can reduce the chance of false touch as much as possible, and also reduce the actual display area caused by the surface. 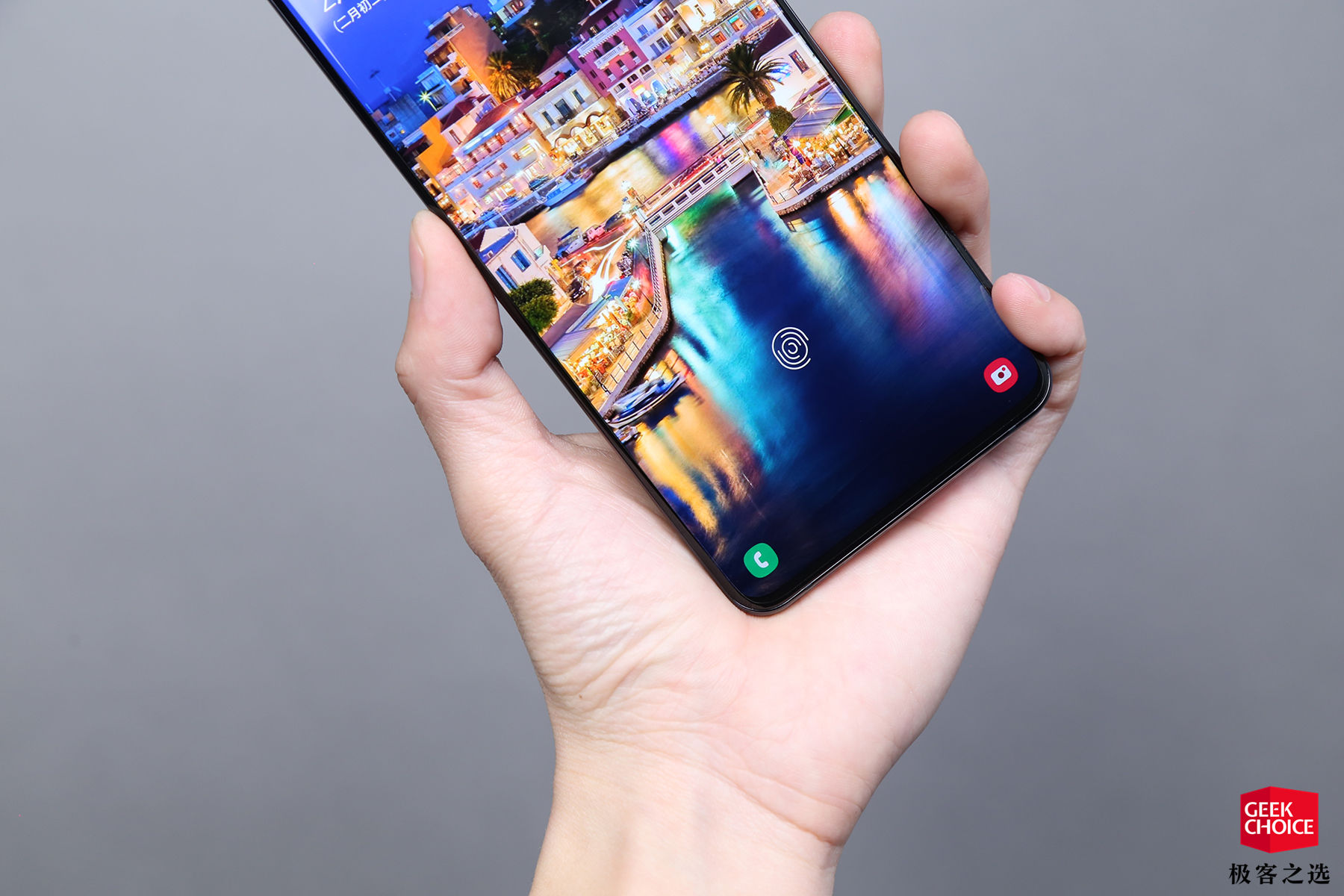 Galaxy S20 Ultra's screen fingerprint performance is somewhat "unexpected ", still using an ultrasound screen fingerprint scheme, but both the speed of unlocking and the accuracy of recognition are better than the previous generation of products, has been able to catch up or even exceed many mobile phones using optical screen fingerprints.

Turn over and look at the back of the fuselage. Starting with the Galaxy S10, the design language between the S series and the Note series is noticeably closer, the fuselage angular transition is no longer as rounded as before, and goes further to the Galaxy S20, and it's hard to distinguish it from the Galaxy Note10 at first glance, looking at the front alone. 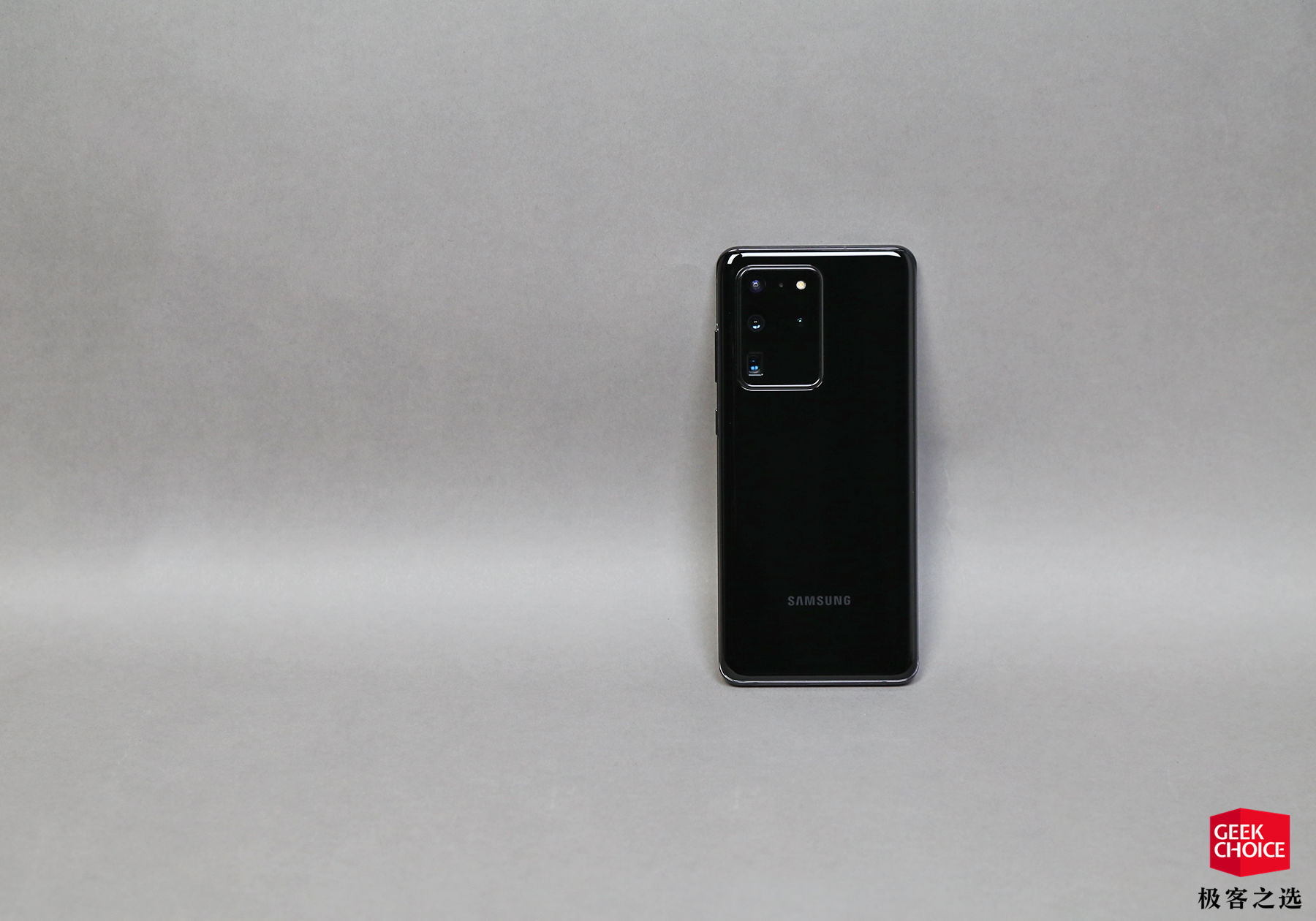 But the difference between the back design of the two products is very obvious. This time, Samsung tried the same matrix design on its flagship model as last year's Galaxy m30s, but it has a larger area. With the left and right width as a reference, its rear camera matrix almost occupies half of the back cover area, which is the most special one among all mobile phones of the same design. 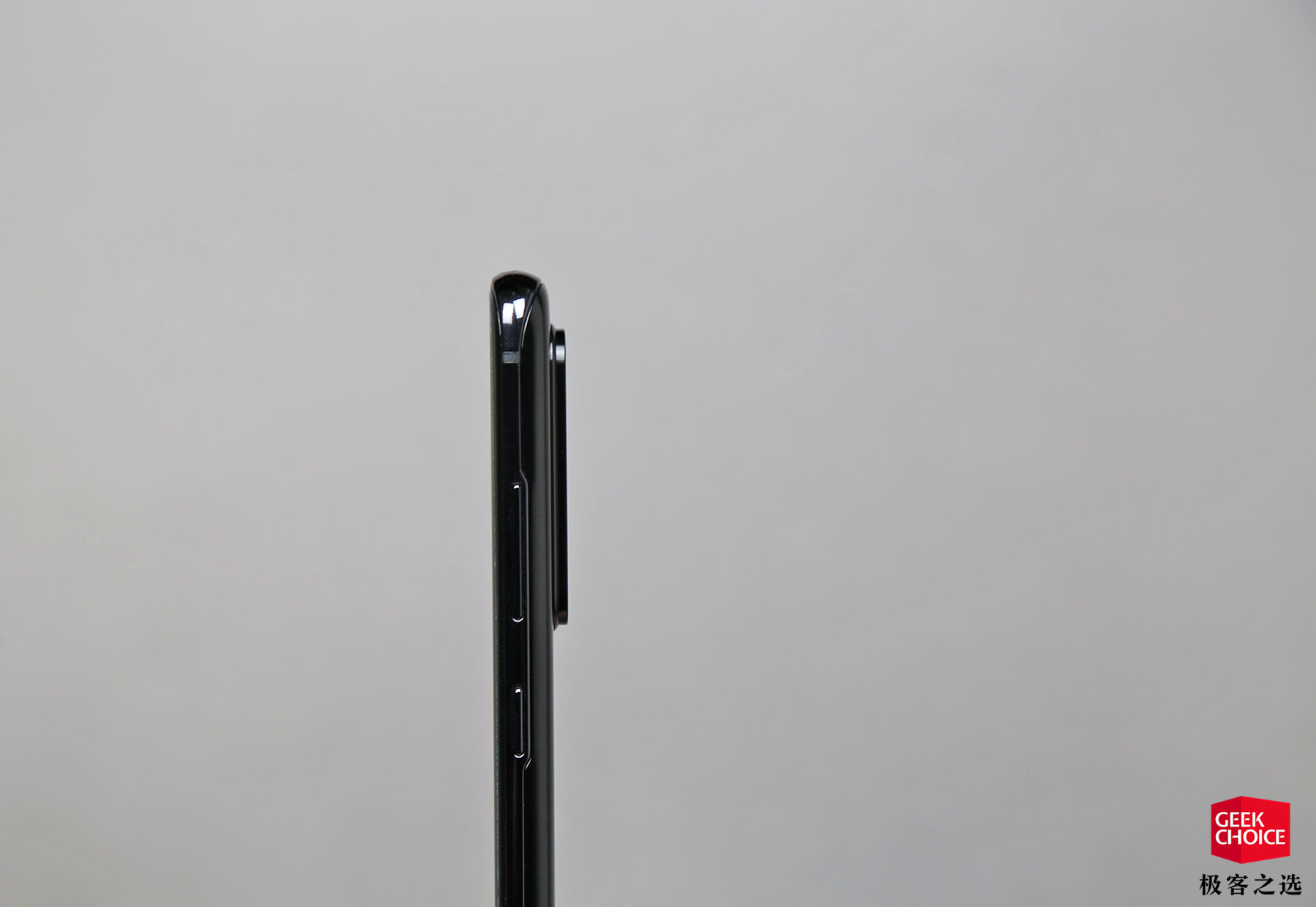 The Galaxy S20 Ultra is 166.9mm in length,76mm in width and 8.8mm in thickness, a lap bigger than the Galaxy S10 and a noticeable increase in weight to 220g, according to official figures. In terms of weight performance, it's really not light. 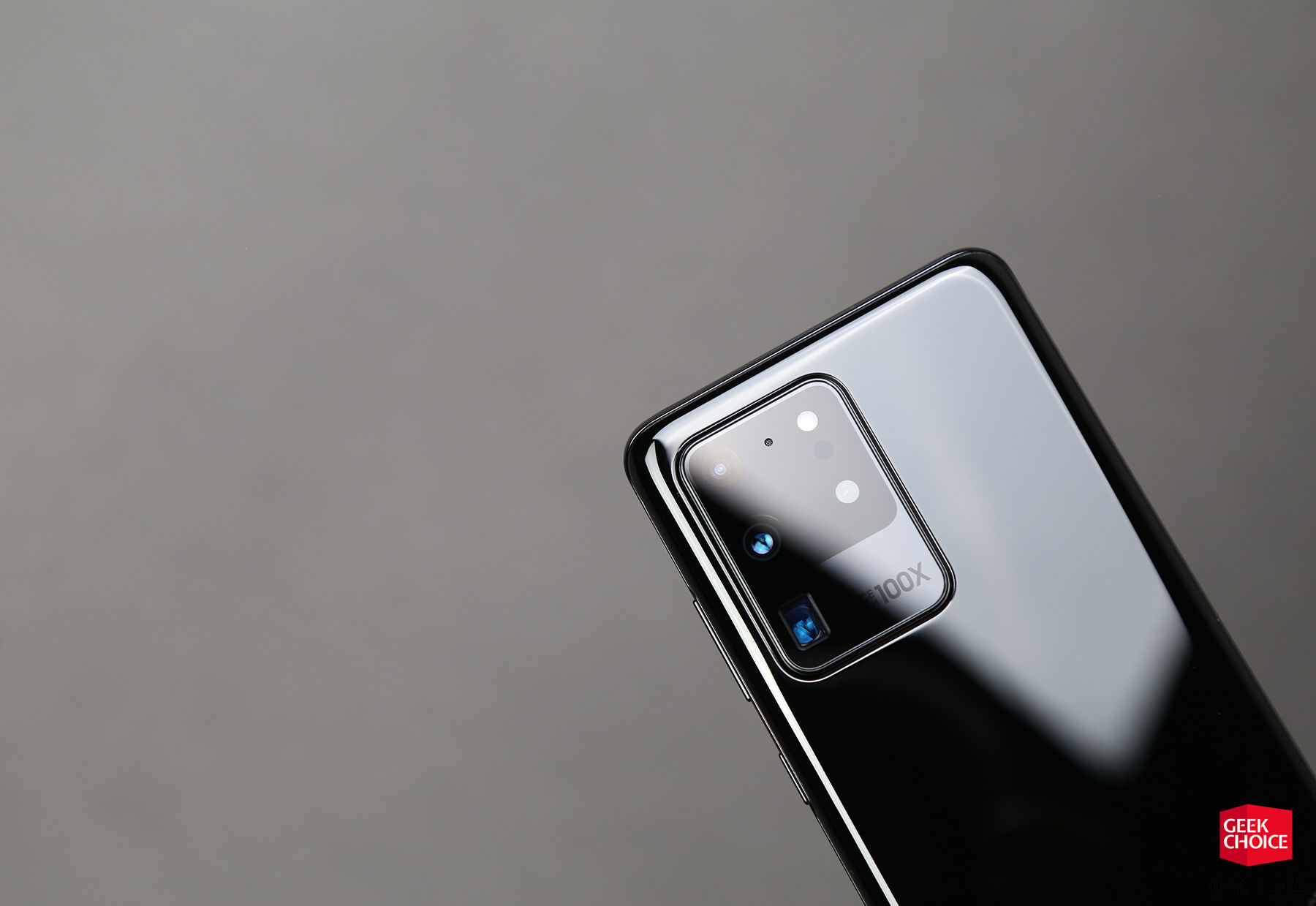 However, after "sacrificing" the weight and thickness, the benefits in terms of image capability are considerable. In terms of selfie, Galaxy S20 ultra is equipped with a 40 megapixel front camera with f2.2 aperture, which supports functions such as face unlocking, AI beauty selfie, real-time visualization, etc.

Although the Galaxy S20 Ultra's lead shot is 100 million pixels as Xiaomi 10, the sensor model is different, with the former carrying ISOCELL Bright HM1 and the latter an ISOCELL Bright HMX.

According to the official data, the single pixel size and sensor area of the two sensors are consistent. The biggest difference is that the isocell bright Hm1 is changed to nine in one based on the previous four in one pixel. In short, in non 108m mode, Galaxy S20 ultra's dark light shooting performance is better in theory.

The following is a real sample without any post-processing: 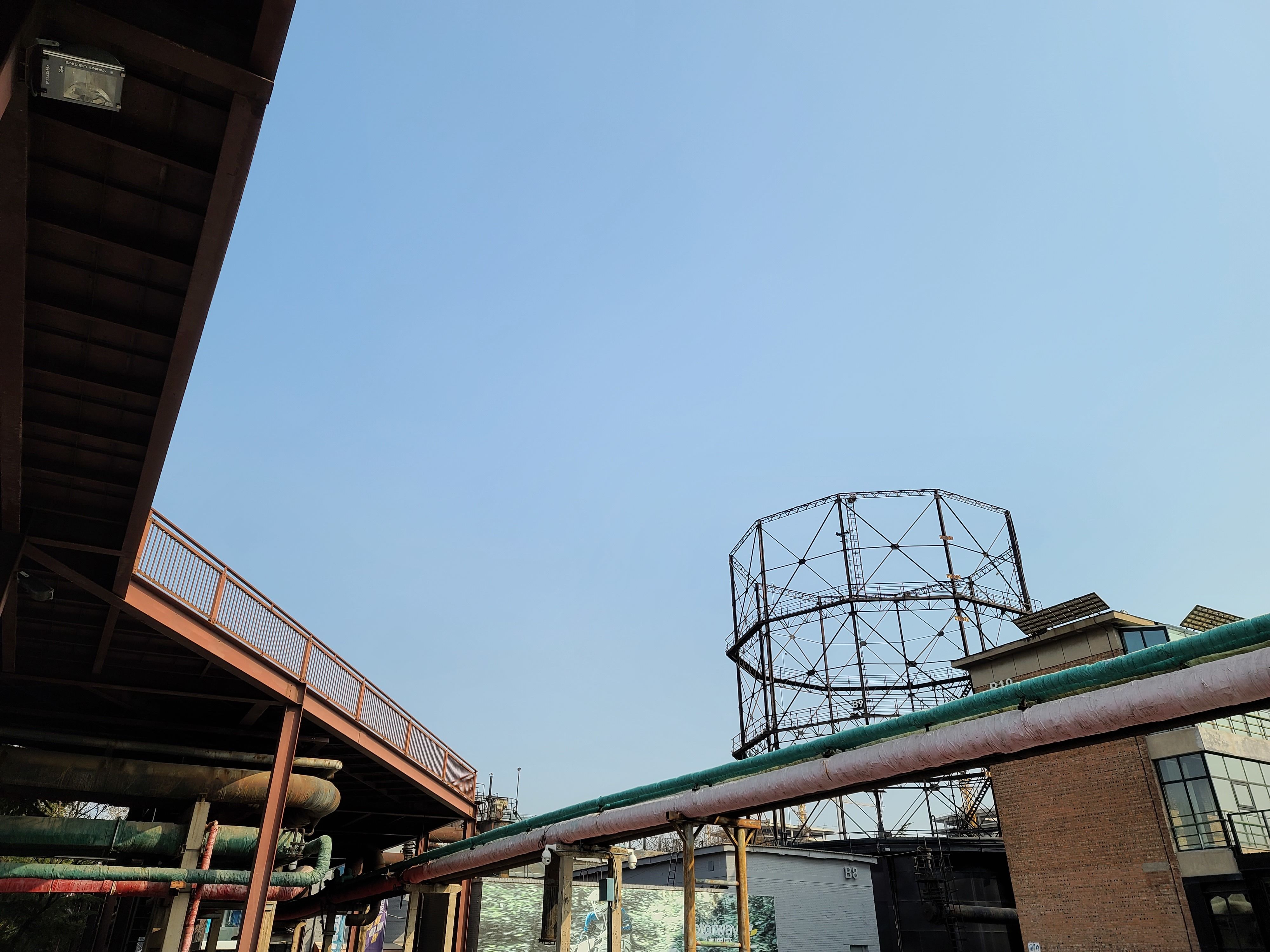 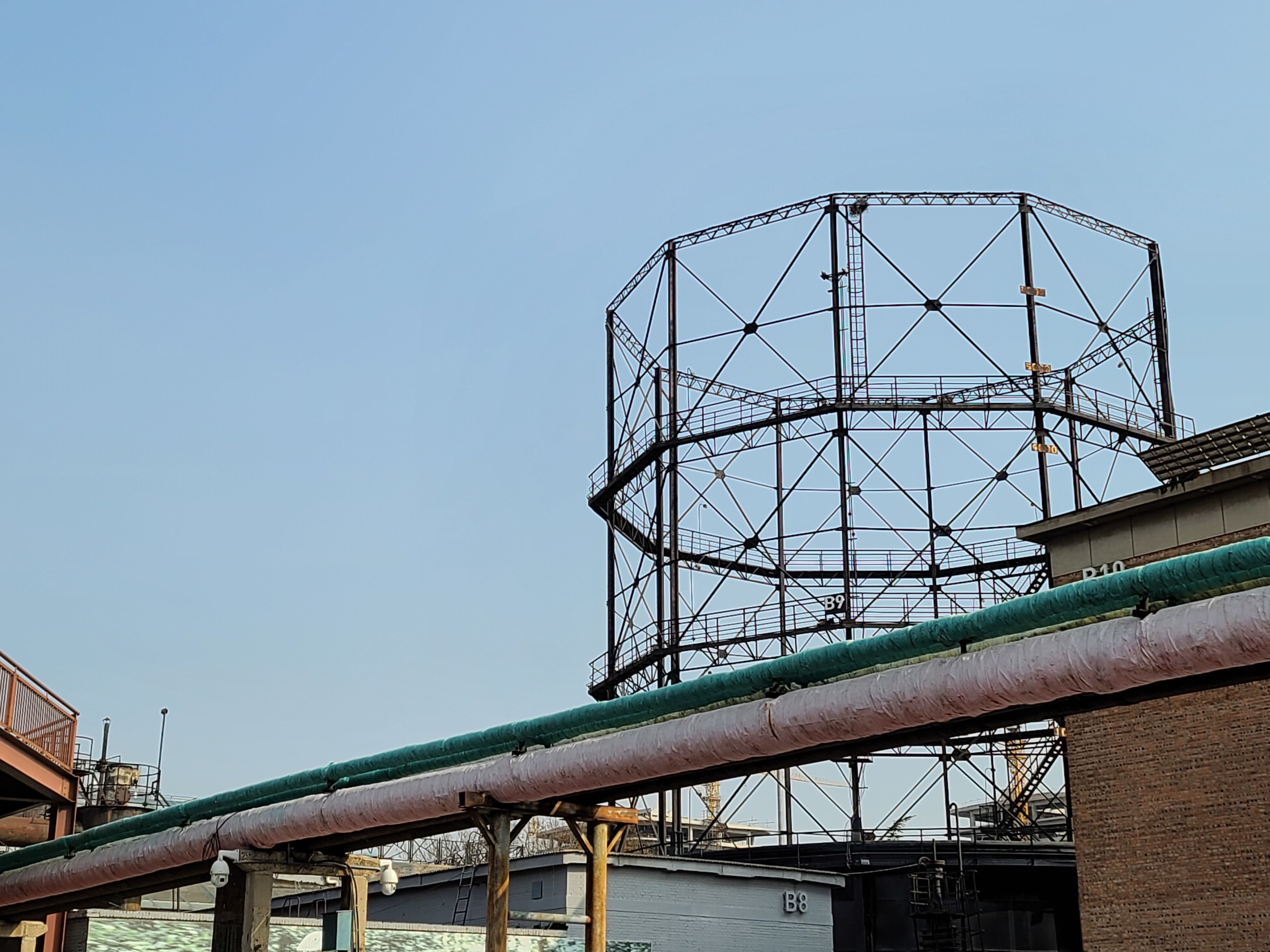 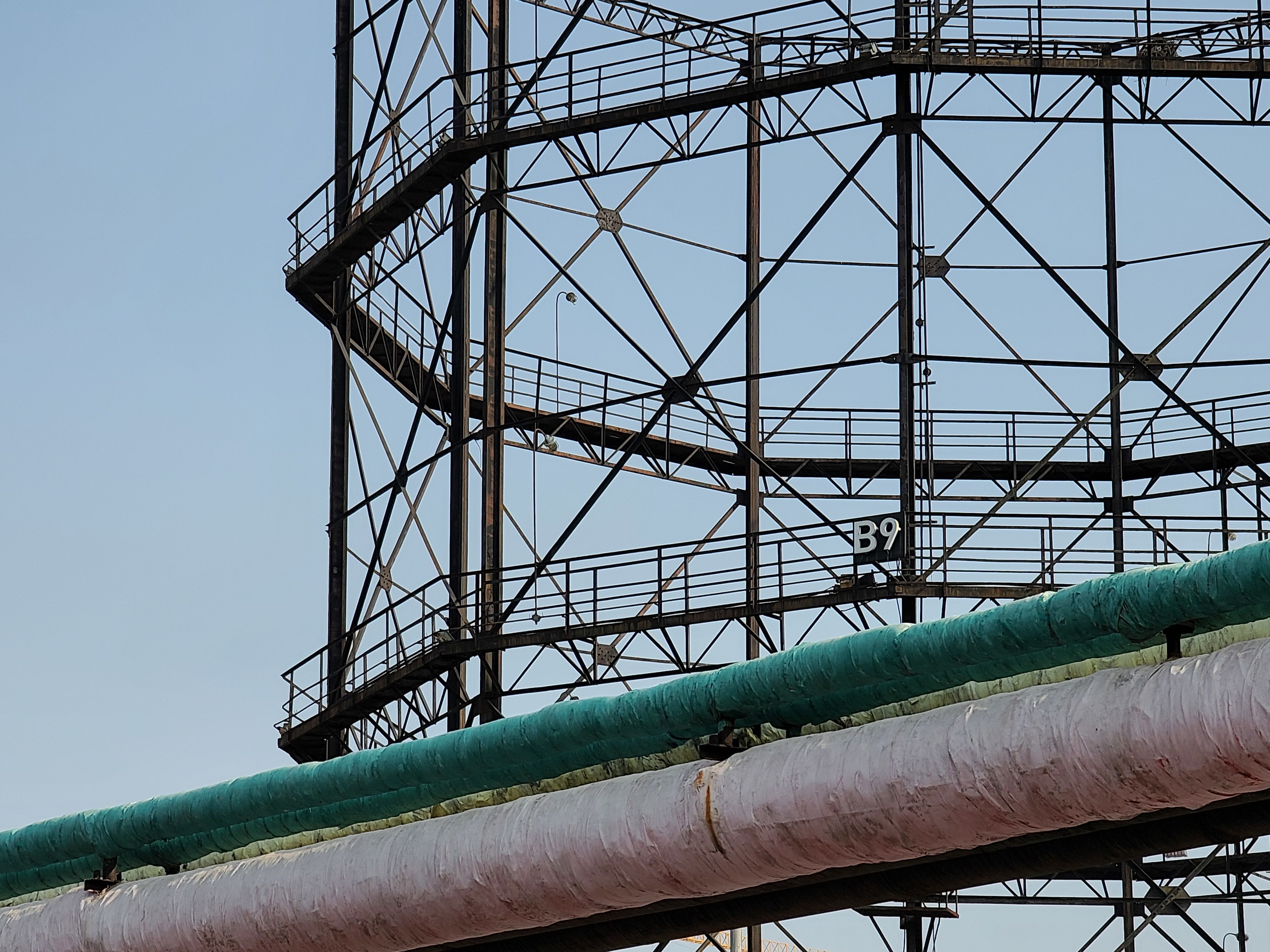 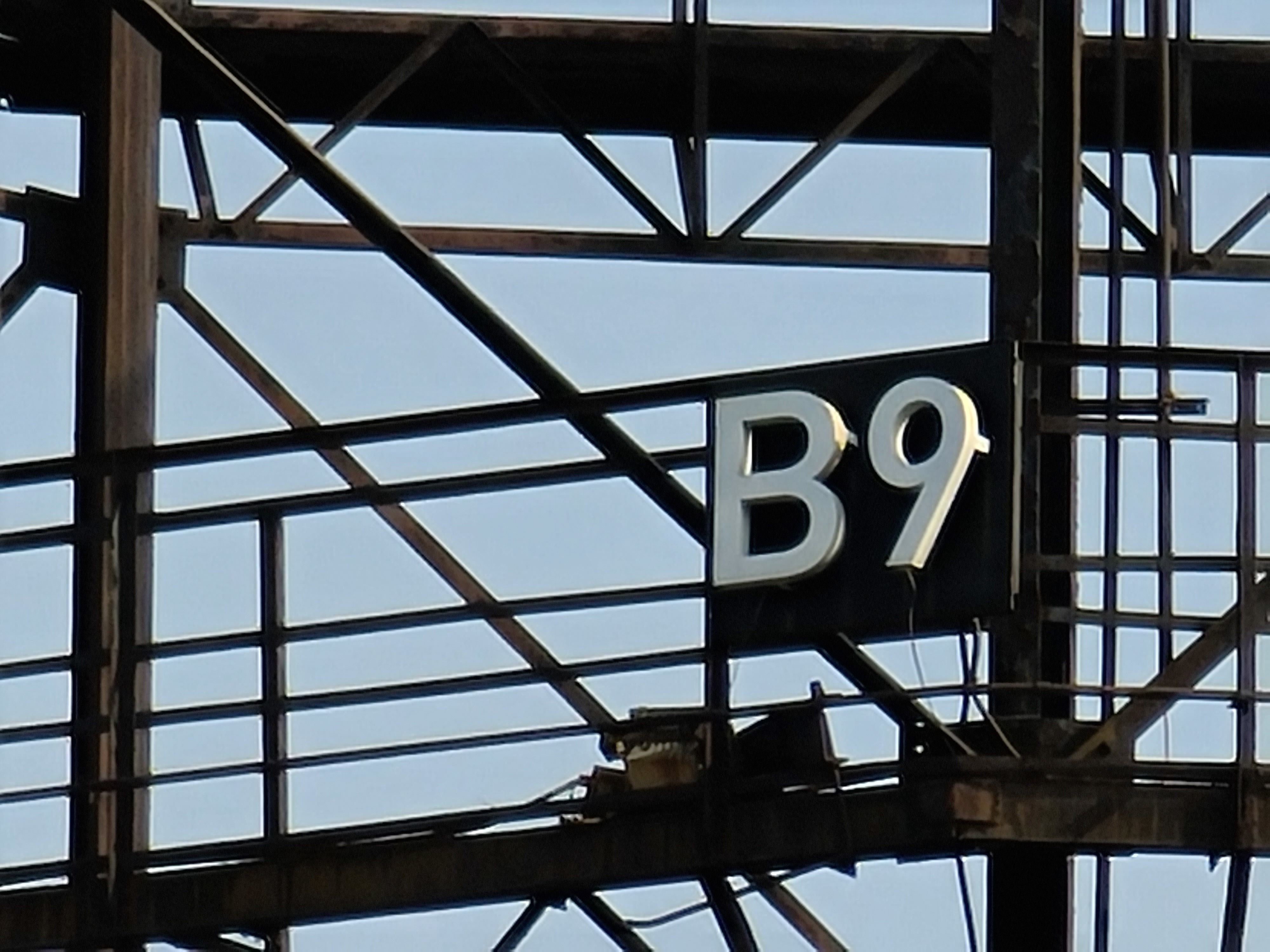 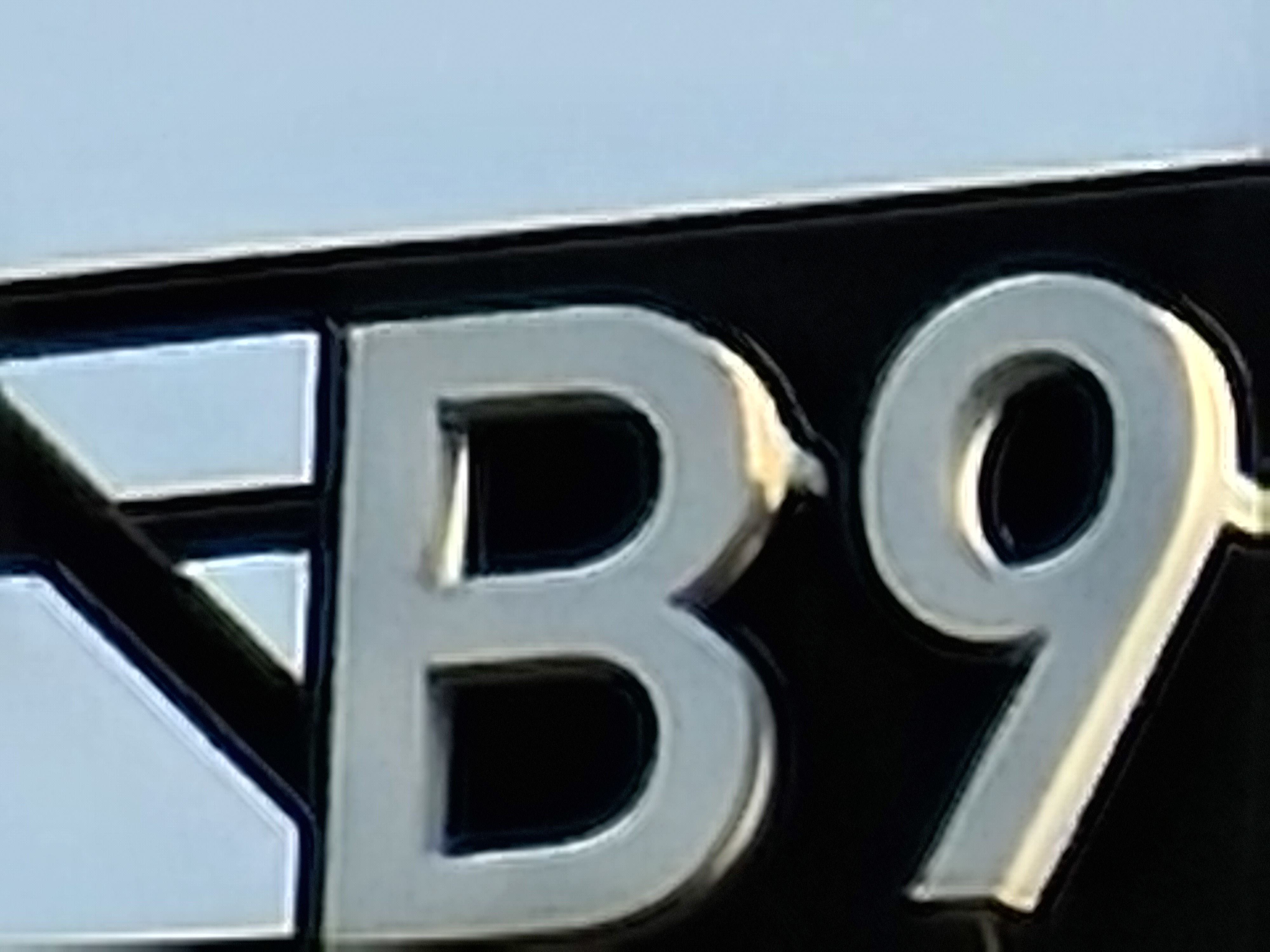 The changes in the size of the number B9 are well reflected in the zoom capacity of the Galaxy S20 Ultra.

There are two points worth mentioning in this part. One is that its anti shake ability is really excellent this time, even if the zoom is 30 times, there is still no obvious jitter; in addition, when the zoom is more than 30 times After doubling, there will be a thumbnail similar to a map on the top left of the camera interface. You can use it to determine the location of the current focus, so as to better find the photographed object, which is more humanized. 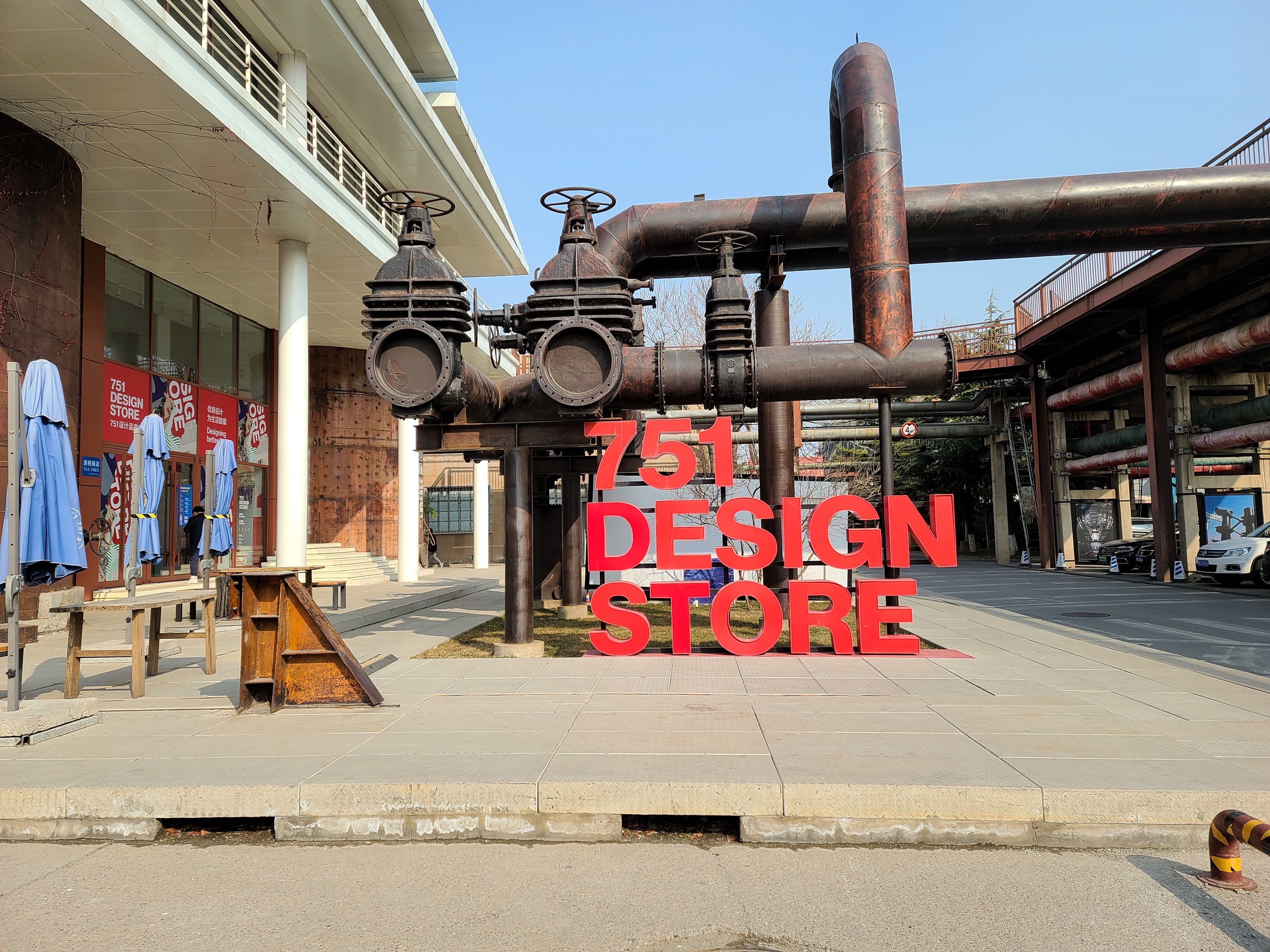 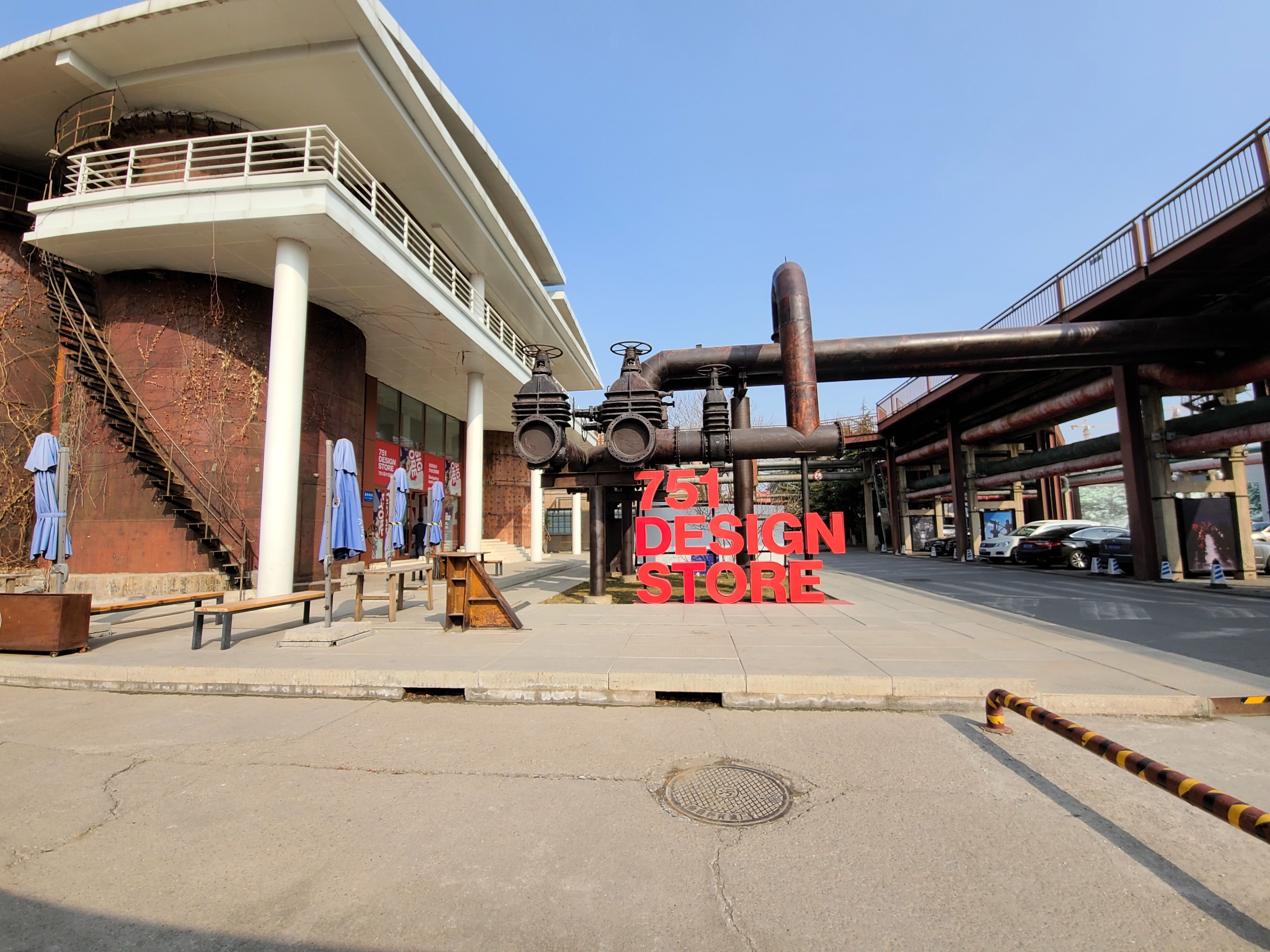 We mentioned ahead that it has a wide angle of 12 million pixels,120 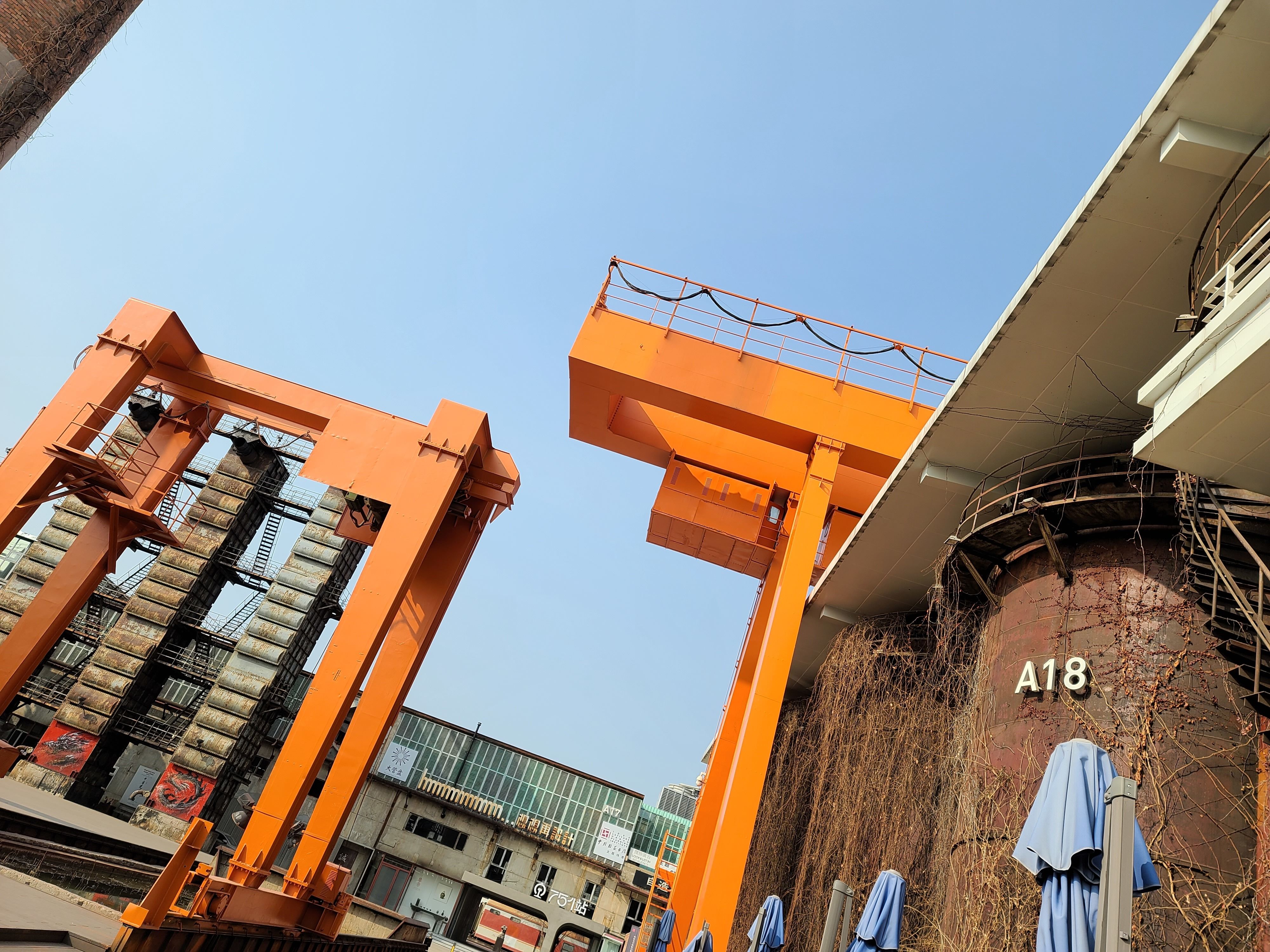 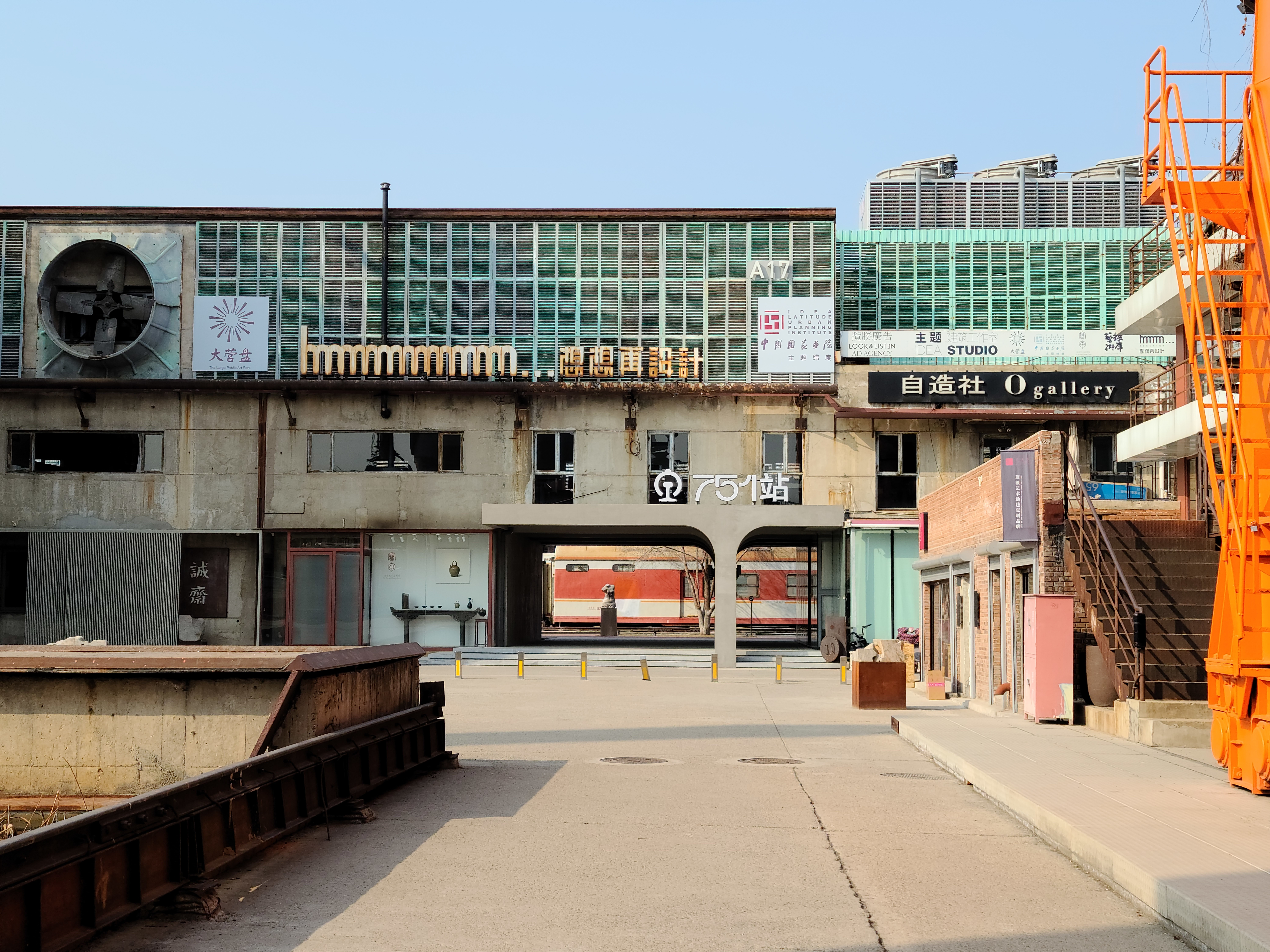 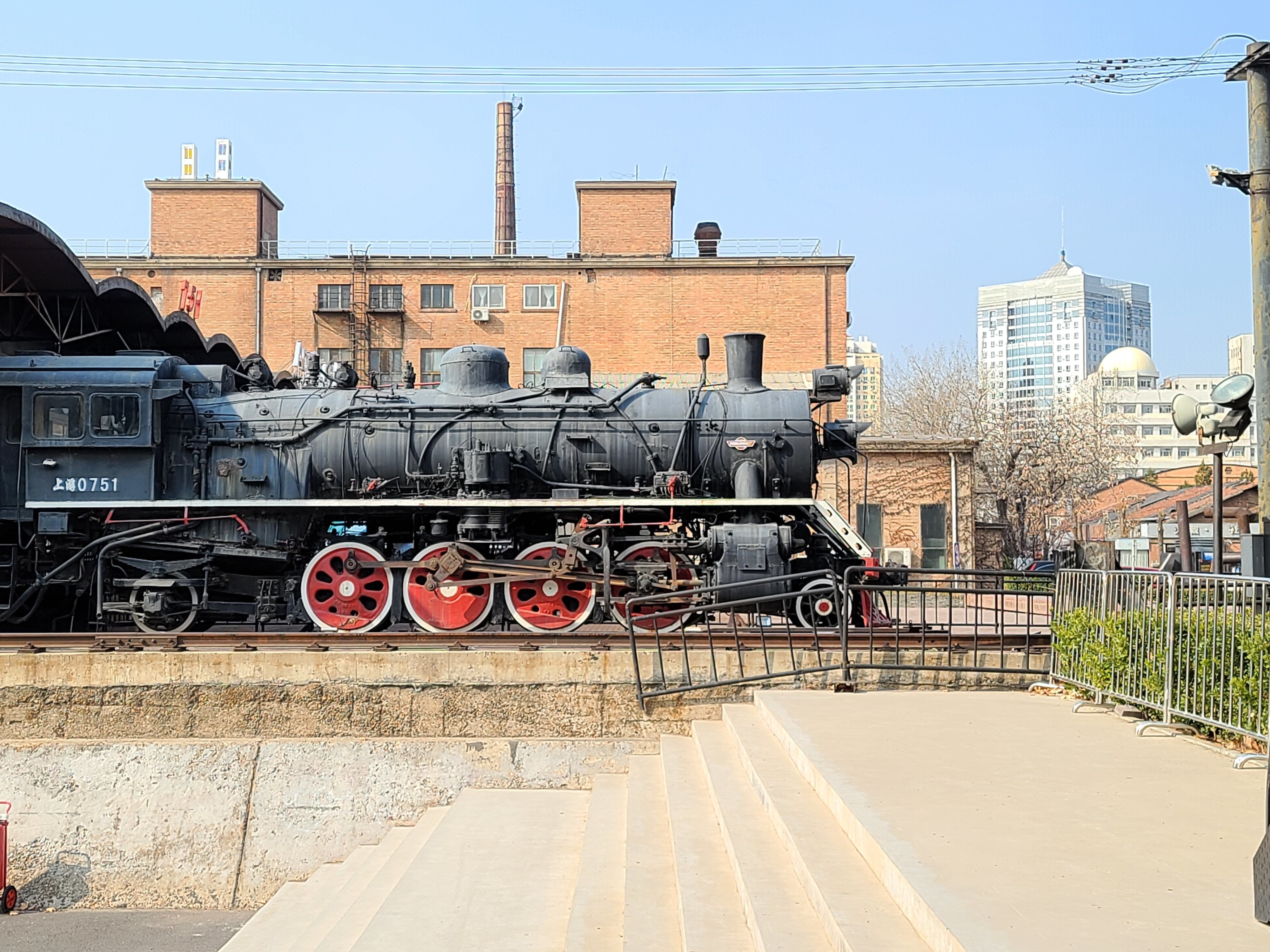 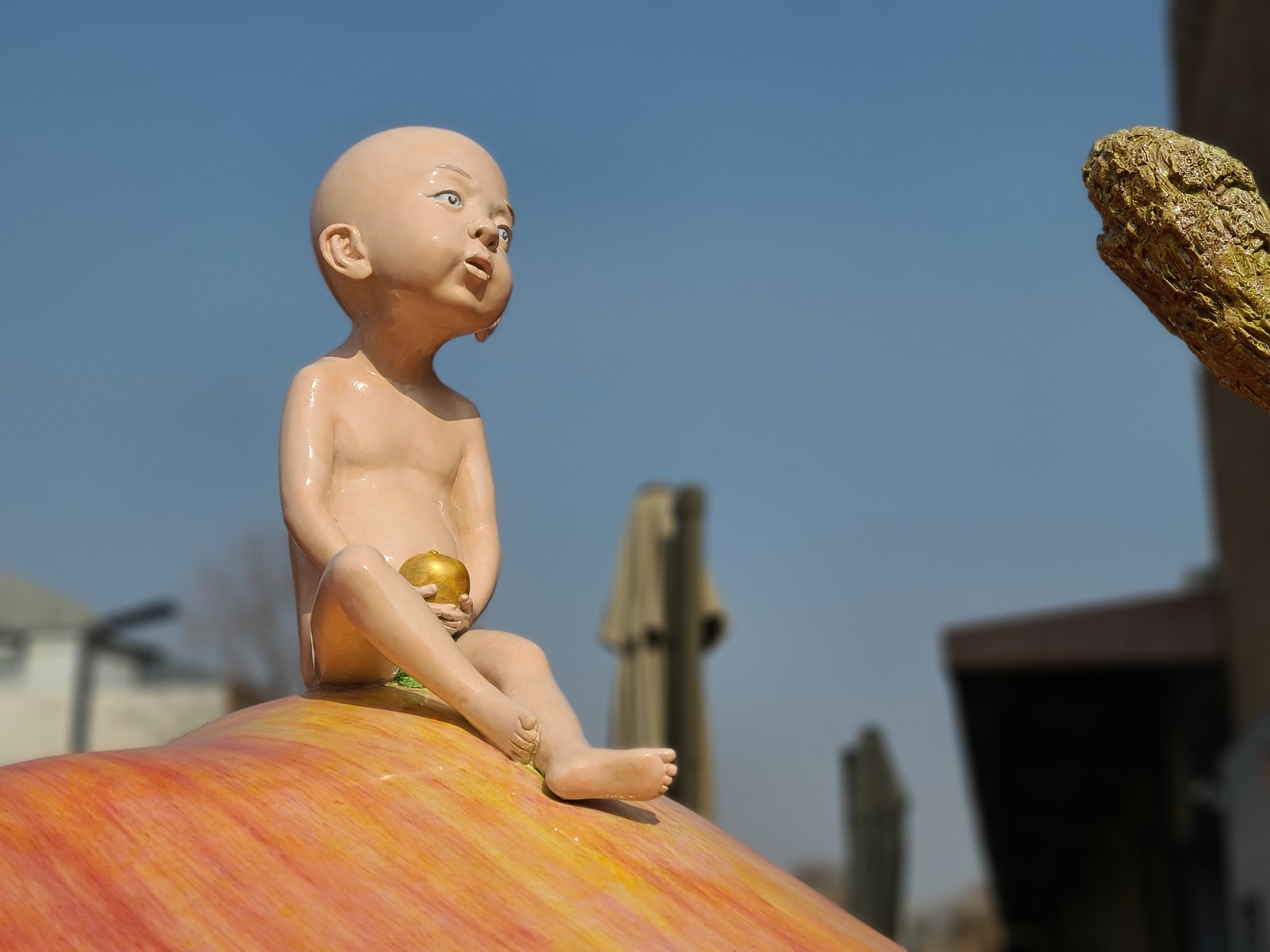 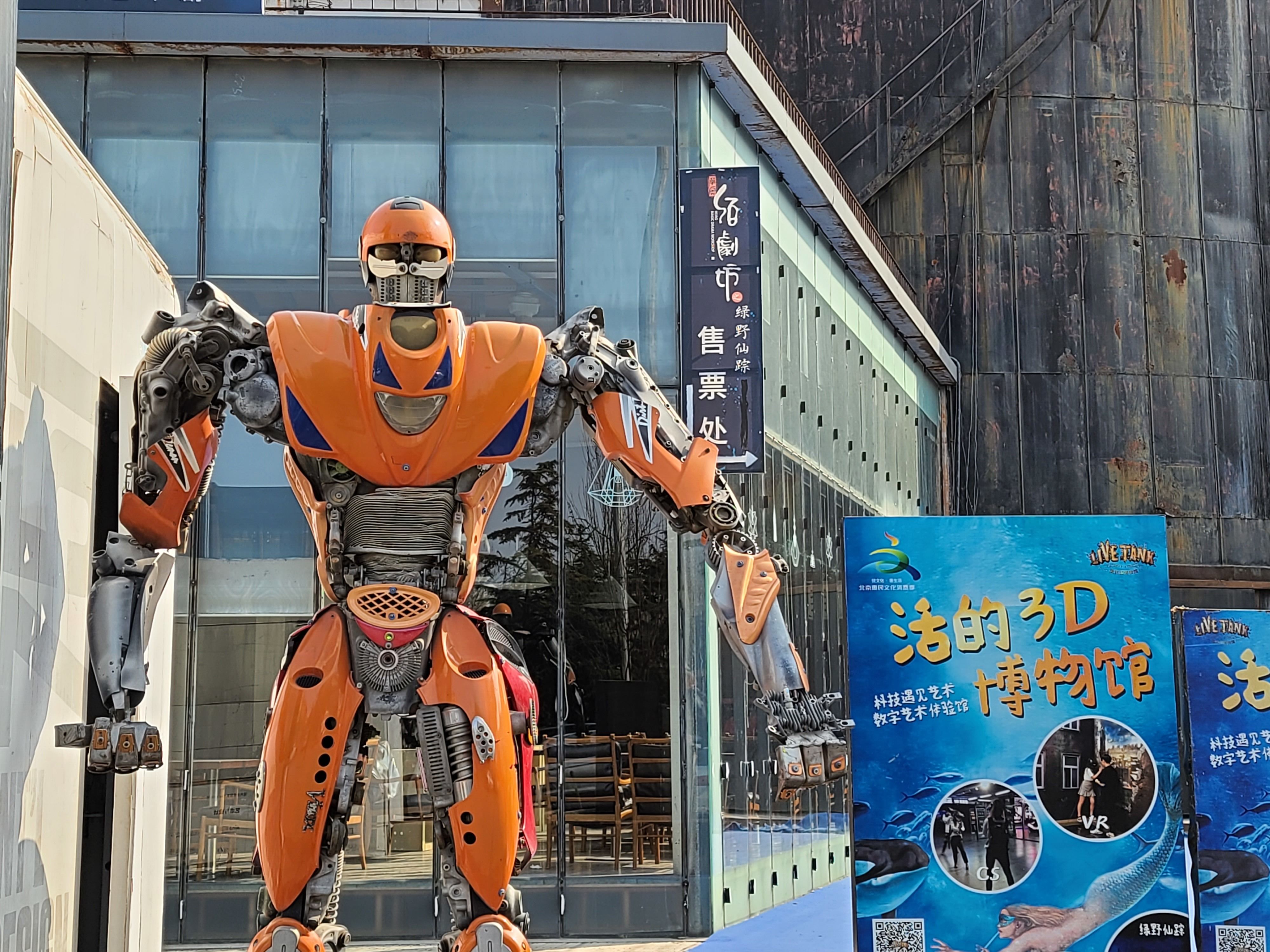 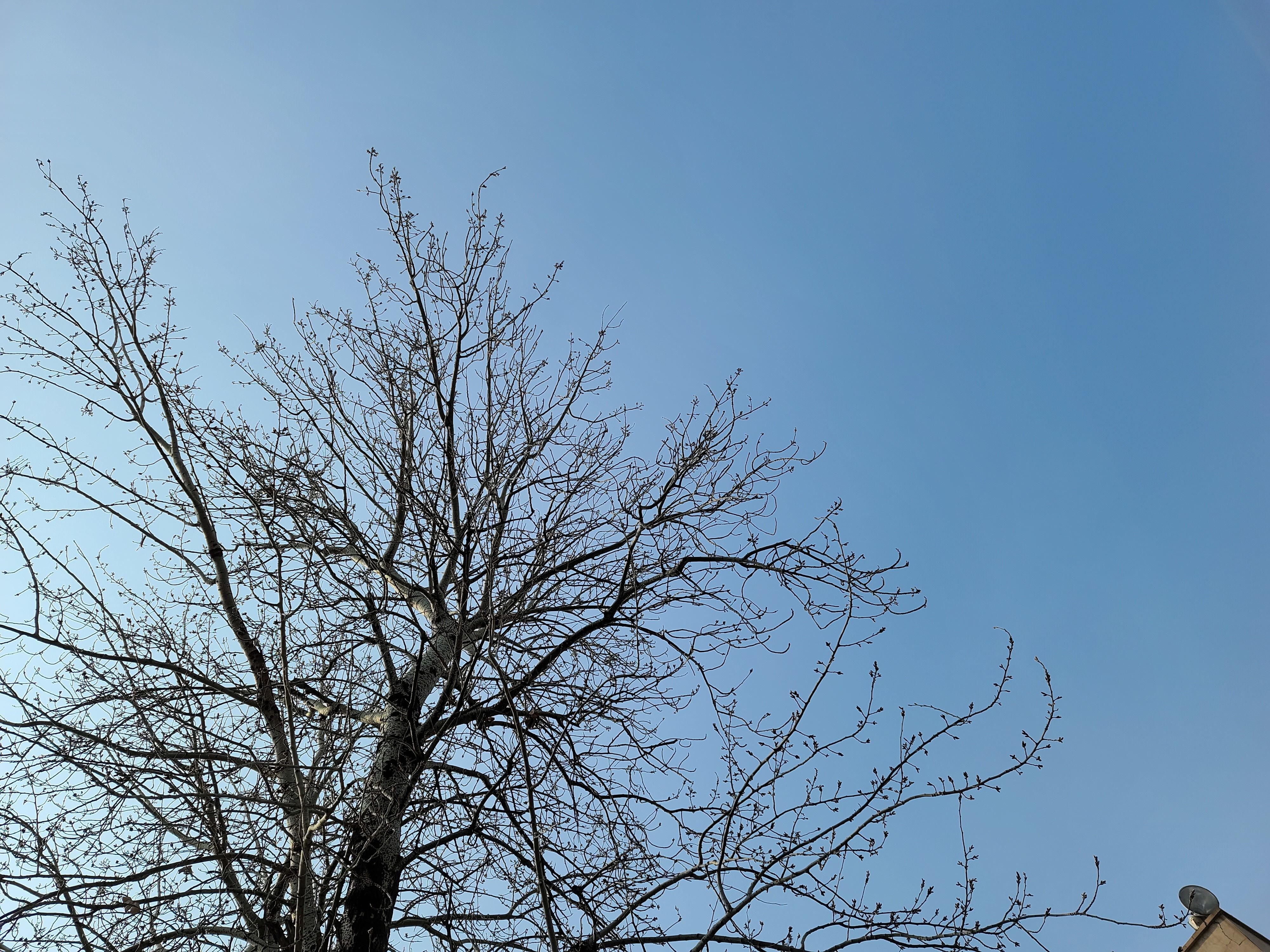 In addition to those we mentioned above, there is also a place that is not specifically mentioned by the official but has practical significance. Like Xiaomi 10, this Samsung Galaxy S20 ultra also introduces heif image format. Compared with the familiar JPG format, its advantage is to further compress the image size while ensuring the quality.

Friends who have read our Xiaomi 10 evaluation article should be impressed. During the test, we found that it does not support heif format in 108m mode (official said it will be OTA later). This situation does not appear in Samsung Galaxy S20 Ultra. It supports the output of Heil format pictures in both standard mode and 108m mode.

Of course, by default it is the same as Xiaomi 10, the output image format is JPG, you can manually open or close in the camera settings interface according to their own needs. By the way, on the video side, it supports 8K video shooting and super anti-shake, and friends who usually like to use their mobile phones to shoot vlog should prefer it.

In terms of core hardware configuration, the samsung galaxy s20 ultra national version continues its traditional tradition of carrying the industry's top 865soc and x555g basebands, supporting both sa and nsa networking. 865 about the chip is also more familiar, here will not repeat. 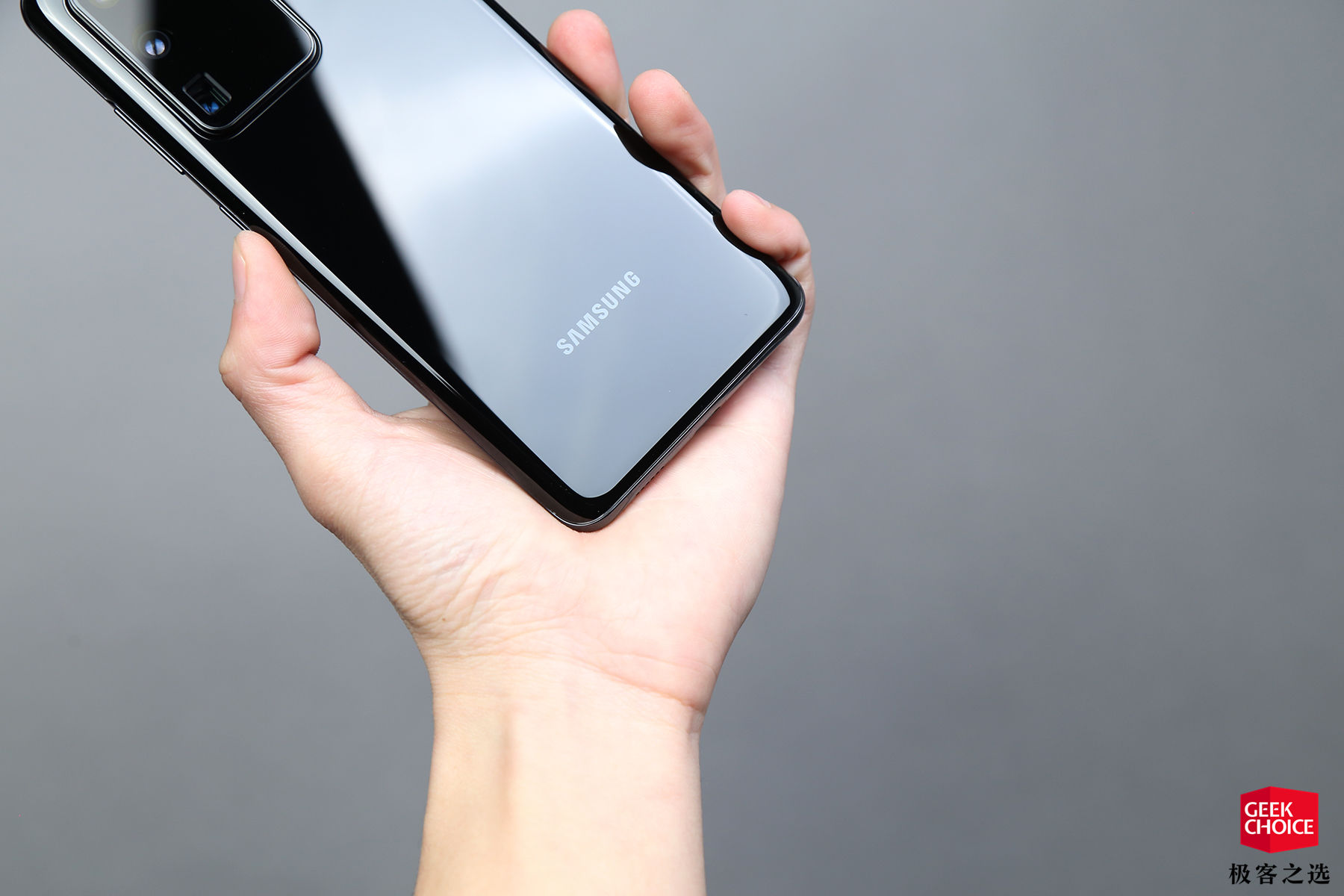 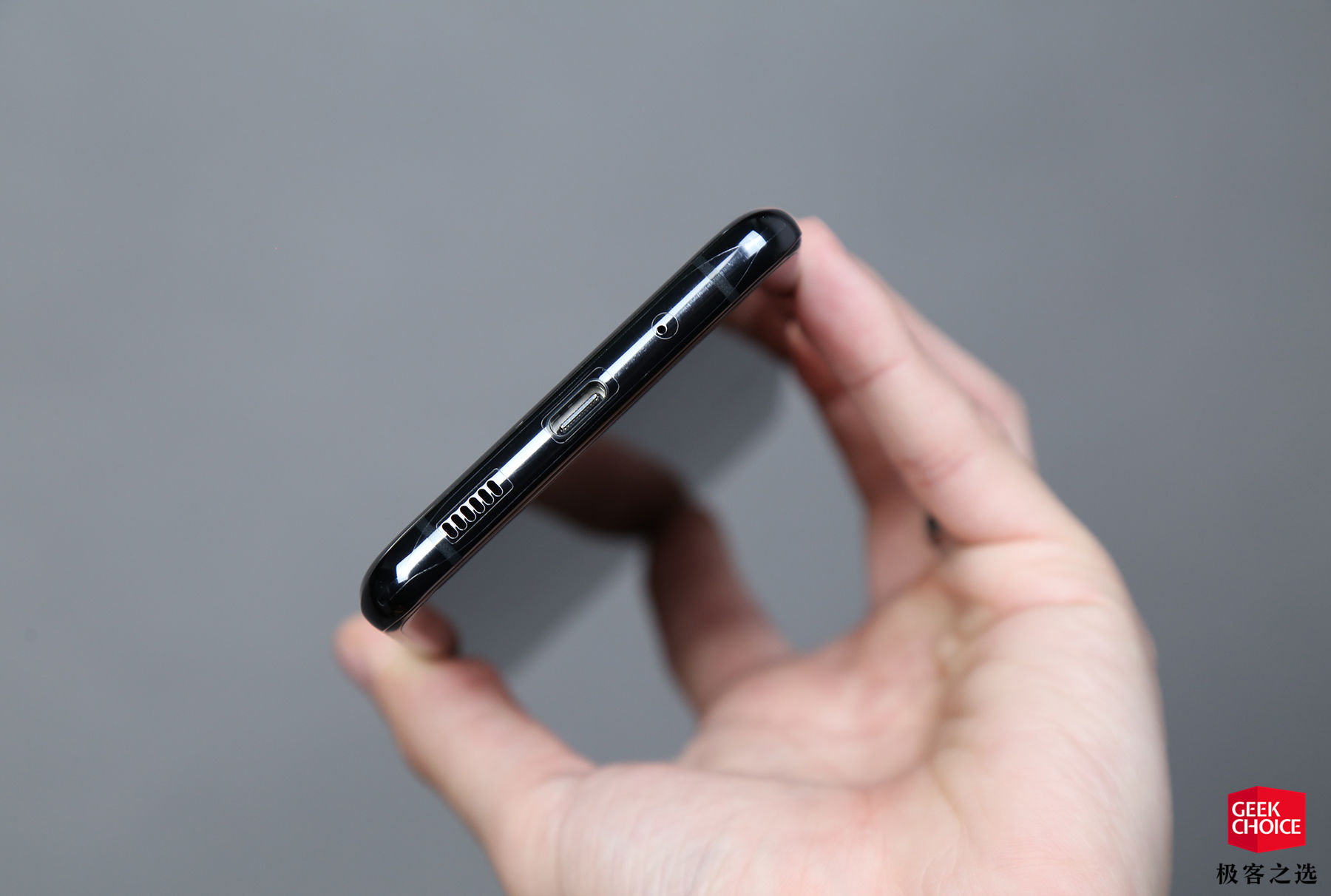 As for the range of concerns, the Galaxy S20 Ultra has a battery capacity of 5000mAh and, like the Galaxy Note 10, supports 45W wired fast charging and 15W wireless charging. In addition, the reverse charging function is still not absent this time, may not be used frequently, but the use of emergency is still good.

It should be noted that although it supports 45W wired fast charging, only 25W power adapter is included with the device. To experience 45W fast charging, you need to buy extra. By the way, a 45W power adapter has been put on the shelves in Samsung's official mall before, with a price of 299 yuan. Interested friends can go to learn about it.

In summary, as the top flagship of Samsung in the first half of this year, Galaxy S20 ultra has achieved the current top level in core hardware configuration. In addition to the above mentioned, other things such as multi-functional NFC, dual speakers, IP68 level protection have also been followed up. Of course, the 3.5mm headphone interface will not come back.

Finally, under the relevant sales information,12 GB 256 GB and 16 GB 512 GB price of 9999 yuan and 11199 yuan respectively, will be officially sold on March 20. On the purchase proposal, we prefer the 12GB 256GB version, and the price is relatively reasonable on the premise of sufficient (Tuhao please ignore).

Related news
Samsung Galaxy S20 Series Launch Forward: Starting 865 and Smart Speakers
Driving the era, experiencing the future Samsung Galaxy S20 series, opening the next decade
$9999 Samsung Galaxy S20 Ultra Nationwide for price steal
Analysts: Samsung's Galaxy S20 series is expected to ship 32 million units this year
Comparison of three Samsung Galaxy S20 series mobile phones: the first 10000 yuan 865 flagship is not worth it
Open up 5g era and lay a solid foundation for Samsung Galaxy S20 series to be officially released in China in the next decade
Perhaps the best hand-held mobile phone Samsung Galaxy S20 Starts Up Experience
Samsung Galaxy S20 ultra experience: from 9999 yuan, the new generation of Android King
Samsung Galaxy S20 ultra fell from the 15th floor: the screen is basically intact
Samsung Galaxy S20 Fe has been first exposed in the video
Hot news this week
"GTA6" was stolen by a hacker without being released. How can the game company defend the source code?
The new rules of Internet popover will be implemented on September 30, and the chaos of "bully screen advertising" is expected to be eradicated
Google is shutting down its Stadia cloud gaming project, with the developers involved saying they had no knowledge of the plans
Brother sent a mobile phone to pay 200 yuan to pay the owner to the police: money is not scraped by the wind
Mate 50 Kunlun version is in short supply! Huawei additional production capacity: October supply can improve
IPhone6 officially "retired", its series sold 250 million units, second-hand purchase price is now as low as 100 yuan......
After a lapse of 28 years, the Chinese women's basketball team won the World Cup runner -up Li Meng's T -shirt on fire
Woman addicted to 'A Sheep' husband worried about being cheated to report for help: official confession
Apple responds to the iPhone accident monitoring cannot be triggered 100%: no minimum requirements are met
Meituan Wang Xing: Chinese auto companies will definitely win, "NIO, Huawei, ideal" will replace BBA to occupy the high-end market
The most popular news this week
The king of mobile chips is laying off 20% of its headquarters
High -tech warm temperature+5 degrees Netease strict coffee carbon kent underwear 104 yuan
Bi Huawei Mate 50 Pro expensive IP14 Plus Tomorrow: 60Hz screen sells nearly 10,000 yuan
Girls walk to play mobile phone hit telephone pole forehead bulge: hope friends learn a lesson
The Snapdragon 8 Gen2 flagship of the Year is here! The standard battery may not even be 4000mAh
Boot up is the new high-end flagship of Android 13 first look: performance is crushed by iP14
Are you enough? Microsoft announced that all compatible users can upgrade win11 2022
American Infrastructure Revival 8000M Fiber Broadband: The same speed, unlimited upward speed, unlimited
Brazil approves Activision-Blizzard deal
Apple doubles U.S. manufacturing: mostly small-scale test production, only Mac Pro assembled in the U.S.