Microsoft and Sony have announced their withdrawal from GDC 2020, Facebook has announced the cancellation of the F8 developer conference, and MWC 2020 and the Geneva Motor Show have all pointed to "epidemic factors" behind the pressing pause keys to these international conferences. More than that has been the meeting that has been affected by the new outbreak.

In the context of globalization, the cancellation of these international conferences will not only affect the organizers and exhibitors, but also affect all industries like domino.

Under the epidemic situation, it is difficult to hold the meeting

According to the summary of techmeme website, as of May 31, 2020, it is expected to hold 11 international technology conferences, including GDC 2020, Google I / O, Microsoft build 2020, code conference, etc. 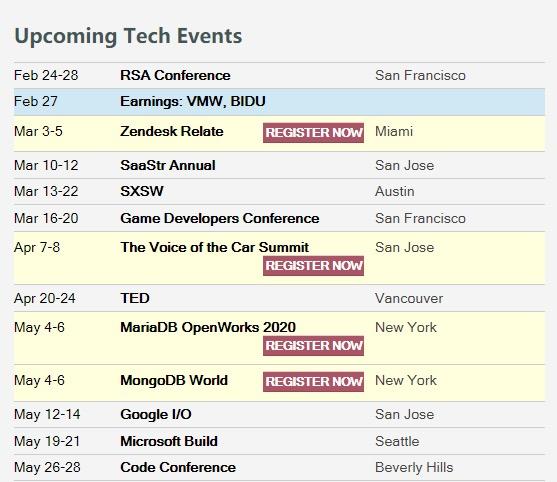 Among them, GDC 2020 has received exit statements from a number of technology companies, including Microsoft, Sony, Facebook, Epic Games and Chinese game manufacturers (about 2% of the total).

After careful review by the global health bureau, we made a difficult decision to withdraw from the 2020 Game Developers Conference in San Francisco out of prudence. The health and safety of gamers, developers, employees, and our partners around the world are our top priorities, especially as the world experiences public health risks associated with coronavirus.

However, even if several game manufacturers are absent from the GDC conference, the organizers of GDC still indicated that the GDC 2020 conference will be held from March 16 to 20, 2020 as scheduled.

On the other hand, Facebook announced the cancellation of the F8 Developers Conference, which was scheduled to be held from May 5 to 6, 2020. Konstantinos papamiltiadis, Facebook Developer Platform and project director, said in a statement:

It's a tough decision - F8 is an extremely important conference for Facebook and one of our favorite celebrations for developers around the world - but we need to prioritize the health and safety of our development partners, our employees and everyone who helps host the conference.

It can be seen that under the influence of the new crown epidemic, these international conferences are facing great challenges. At present, the new crown epidemic has not found a clear treatment drug, and the development of vaccine has not made final progress, so the prevention and control of the epidemic is still in progress.

Moreover, from the perspective of travel, affected by the new crown epidemic, some countries and regions have taken strict control measures on the flow of people and travel, and travel inconvenience has become one of the problems of the conference.

Under the influence of many aspects, the absence of manufacturers and the reduction of audience have become inevitable, and the occurrence of these things will be a big challenge for the smooth holding of the conference.

What is the impact of a meeting that has been "paused"?

At present, in the 12 international technology conferences (including the F8 Developers Conference) that are expected to be held, in addition to the cancellation of Facebook, most of the other conference organizers have not yet clearly announced specific measures. In fact, if the meeting is not held as scheduled due to the impact of the new crown epidemic, it will not only cause losses to the organizers, but also affect the exhibitors, visitors and even other related industries. In previous years, MWC conference was able to bring492 million euros(3.73 billion yuan). Moreover, based on the holding of MWC conference, it can create a close relationship between14100 jobs.

Now, with the cancellation of the general assembly, theseThe expected value also becomes a bubble.

Not only that, for GSMA, what it has lost is not only the expected benefits, but also the investment in the early stage of the meeting.According to some sources,Caused by the cancellation of MWC 2020Economic losses are expected to be as high as $500 million.Among them, including up to 1000 euros per square meter field rental fees, as low as 799 euros, up to 4999 euros tickets, etc.

In addition, the loss caused by the cancellation of MWC also affected the exhibitors, visitors, builders, airlines, taxis, local hotels and restaurants and other relevant stakeholders.

According to GSMA's previous statement to the exhibitors, due to the force majeure situation, GSMA will not provide refunds to the exhibitors according to the provisions of articles 21 and 10 of "standard terms and conditions of exhibition, advertisement and sponsorship". This is not a big loss for exhibitors.

For small business exhibitors, the impact is more serious, connectlab is one of them. Vittorio Di Mauro, a connectlab executive, said in an interview with the BBC that canceling MWC was a "nightmare.".

For connectlab, a small company, the 50000 euros invested in MWC is not a small amount, but the money is spent without any contact with customers. At the same time, Vittorio Di Mauro expressed great disappointment:

Not only because of the loss of money, but also because of the lack of contact with customers. MWC is not just an exhibition, it is also an opportunity for everyone in the industry to have access to it.

For the service industries such as airlines, hotels, taxis, etc., the loss brought by the cancellation of the conference is more like "the duck has flown".

Although the impact of the cancellation of a general assembly may not be representative of all meetings as a whole,Under the economic globalization, industry is not a single independent individual, but a big ecosystem that affects and connects with each other, and there is a chain reaction of "pulling one hair and moving the whole body".

There is no doubt that the cancellation of the conference will bring huge economic losses. However, as a community of destiny in the global village, no one can stay out of the fight against the virus.

It is not known when the new crown epidemic will spread, but if the meeting can not come this year, then, after the epidemic, see you in the future.