The whole family is in the past! Microsoft three in one office official edition experience

On the computer side, word / Excel / Powerpoint is a three piece office. Although later office no longer allows custom installation, the click through rate of these three brothers is still the highest.

And the biggest point of the new version is to be able to handle all the file requirements of mobile phone in one-stop way like WPS.

1. The interface is very office!

Start Office Mobile, and you will see the Microsoft Office startup page. If you start from a file association, the program logo is displayed directly.

Compared with WPS, the startup speed of office mobile is not fast, especially when starting from file association, the gap between the two can be seen clearly.

The design has a strong Microsoft flavor, and when opened, the default will show the most recently used file, and the top right corner is the new button for the Three Musketeers, distributed below 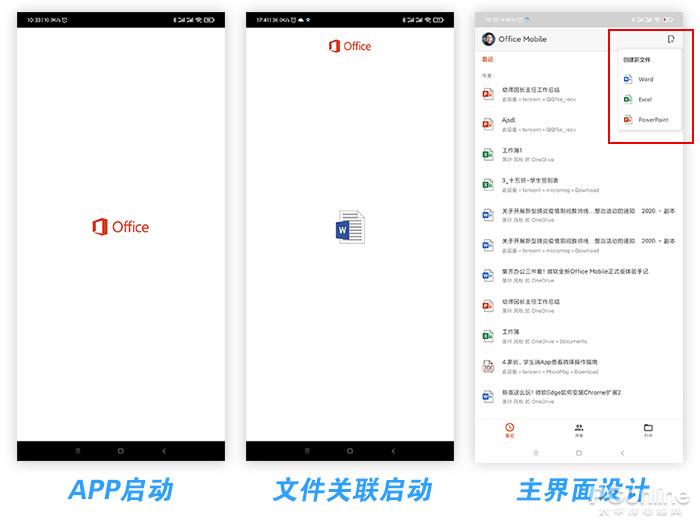 The editing interface is obviously different. If you put the two apps together, you can see the difference more clearly.

In terms of operation convenience, I prefer the design of WPS. All functions are arranged according to priority, simple and not easy to click wrong.

In contrast, the UI of office mobile is more desktop, which can't be said to have any problems, but it's easier for people who are used to Microsoft office. 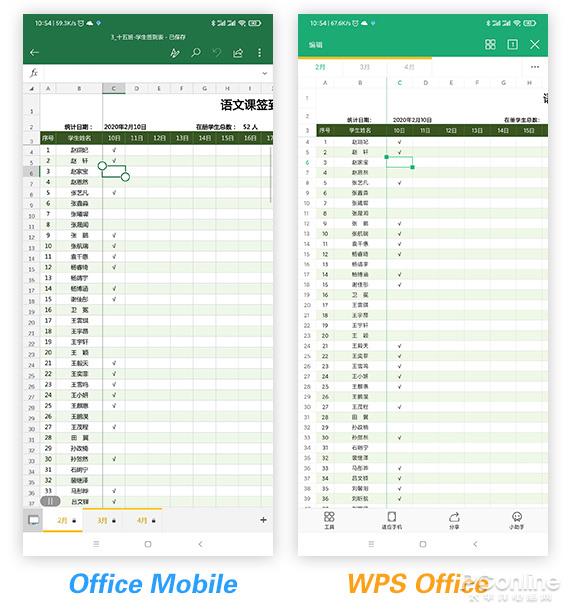 By default, office mobile does not use mobile view to open documents, which is quite different from the policies of WPS and other apps.

And even if you manually switch to mobile view, you can see the difference between office and other apps. Others' home is more compact, while Office Mobile's is closer to the source file effect. 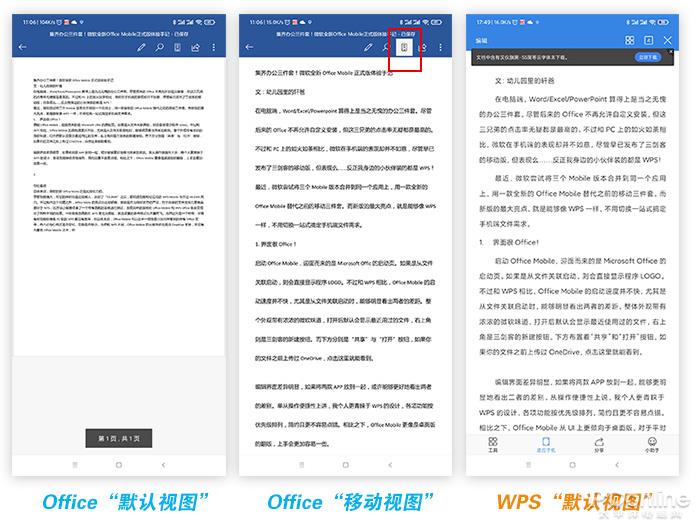 By default, WPS office is better than office mobile

Office Mobile has a feature that automatically downloads fonts that are missing from documents.

The author tried, the effect is really good, high reduction, matching speed is also very fast. Of course, it's the mobile version, not all fonts can be matched successfully, but compared with other software, it's a hanging type. 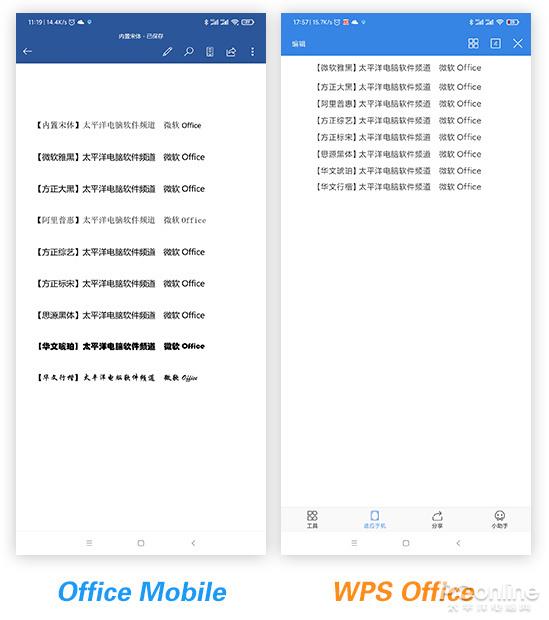 Of course, there are different opinions about this, but it's not a good idea to change the way you are used to reading.

The display scale supports double finger zoom, which can be used in standard view and mobile view. After selecting the text, the shortcut bar will appear, but it is not inconvenient to have a magnifying glass. 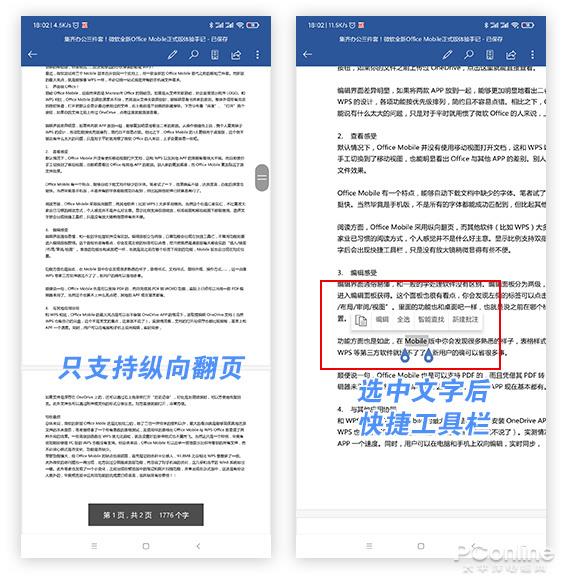 In terms of humanization, for example, only vertical page turning is supported, and there is no temporary magnifying glass when selecting text

The editing interface is easy to understand and has no difference from the general word processing software.

The edit panel is divided into two levels, everyday features appear in the shortcut toolbar, and unused features are acquired by entering the edit panel. This panel is also very interesting, you will find that the label on the left can be clicked, pulled open is actually the desktop version of the daily meeting

The functions in it are basically the same as those in the desktop version, that is to say, the functions used under which label before, and the mobile version will also appear in which location. 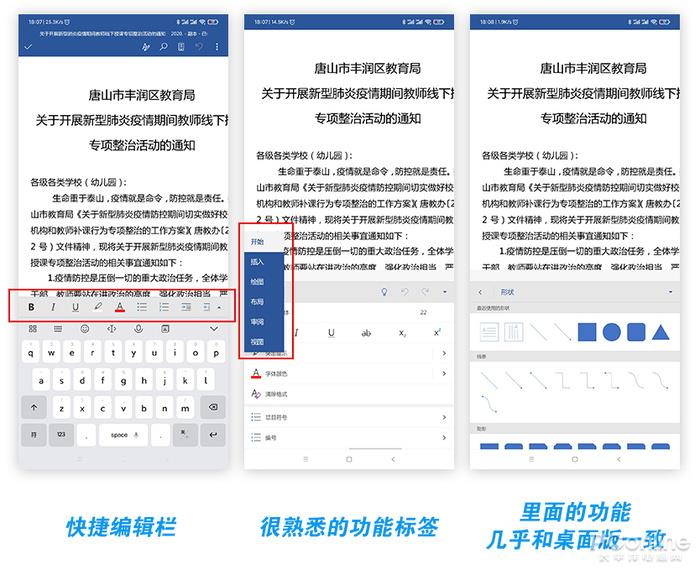 The editing interface is easy to use, with a strong taste of desktop version

The same is true for functionality. In Mobile, you'll see a lot of familiar forms, form styles, document styles, icon looks, and how they work

For people who often use Microsoft office, this kind of design really appeals to them. 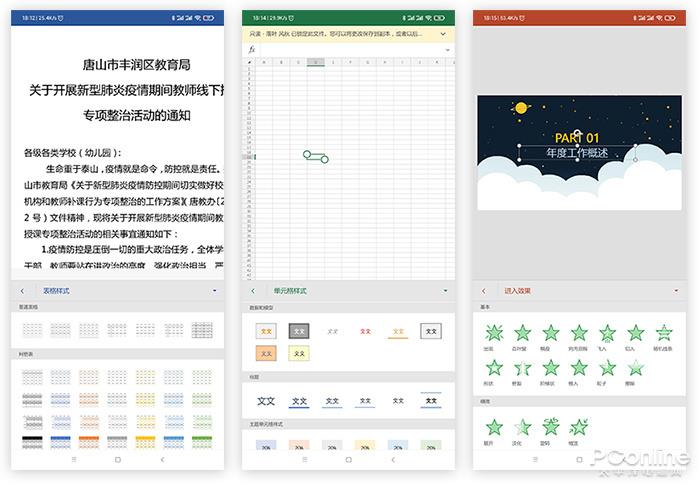 By the way, office mobile can also support PDF, and with the PDF to word function, it can actually serve as a PDF Editor.

Of course, this is not a bright spot. Other apps basically have it now.

4. Collaboration with other applications

Compared with WPS, the biggest highlight of office mobile is that it can read or edit documents on onedrive without installing onedrive app (of course, WPS also has its own cloud disk, which is not the focus of this article, so let's not talk about it here).

Of course, for well-known reasons, speed is still a barrier, and many operations have a high delay rate. The mobile phone can be edited in two ways with the computer, and the system will synchronize in real time. 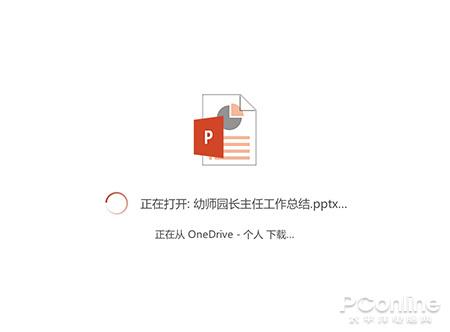 Can work well with OneDrive, just

If the file is saved on OneDrive, you can open it on the top right menu

Documents can be shared in the form of attachments or documents, and can be opened by the other party's click, which is very convenient. 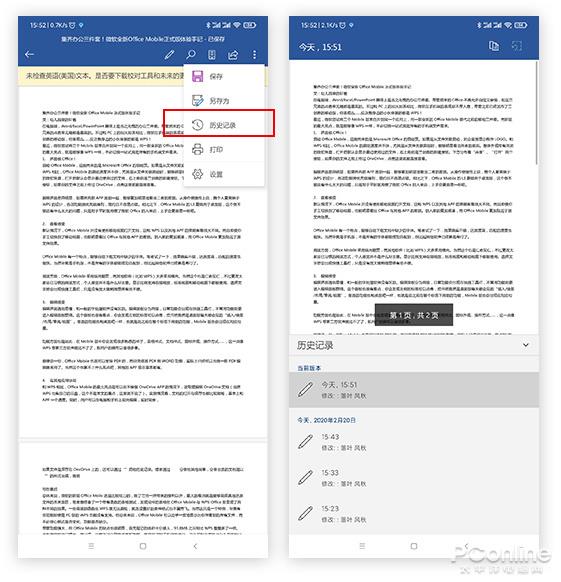 Can work with onedrive to provide history rollback

Overall, Microsoft's new version of Office Moile is awesome. Apart from the convenience brought by the three in one, the biggest point is to restore the true colors of the document with high fidelity.

The author once took a PPT for testing, and found that WPS automatically removed special fonts when playing, and some small animation elements also disappeared.

Of course, this is just a special case. After all, some functions are not supported by WPS, and the broadcast control ability of office mobile is not as good as WPS.

In general, the advantage of office mobile lies in the restoration of files, but there is still a lot of room for improvement in many details. 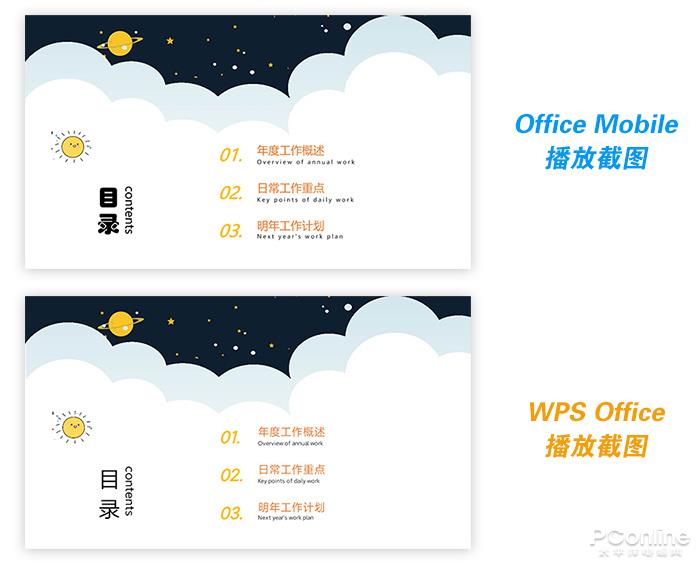 In addition to font and text details, the playback fluency of office is higher than that of WPS

Despite its powerful features, the disadvantages of office mobile are obvious. First of all, its size is very touching, and 93.8mb is twice as large as WPS.

In addition, the old problems of Microsoft also appear again and again, such as copying desktop functions separately and ignoring the optimization of mobile phones, which is almost the same as that of WM.

In addition, the author also found a small change. The notes and photos scanning function that appeared in the preview version did not appear in the official version this time. You should know that the completion of these two functions before has been very high, and it's surprising how many changes will take place!