Microsoft and Sony, both tech giants, are launching their next-generation consoles this year, but have taken a very different approach to product preheating. Sony has been reticent to keep PlayStation 5's mystery, while Microsoft has publicly revealed all sorts of information about Xbox Series X 。 After releasing a lot of technical details last week, Microsoft will release more details later this week. 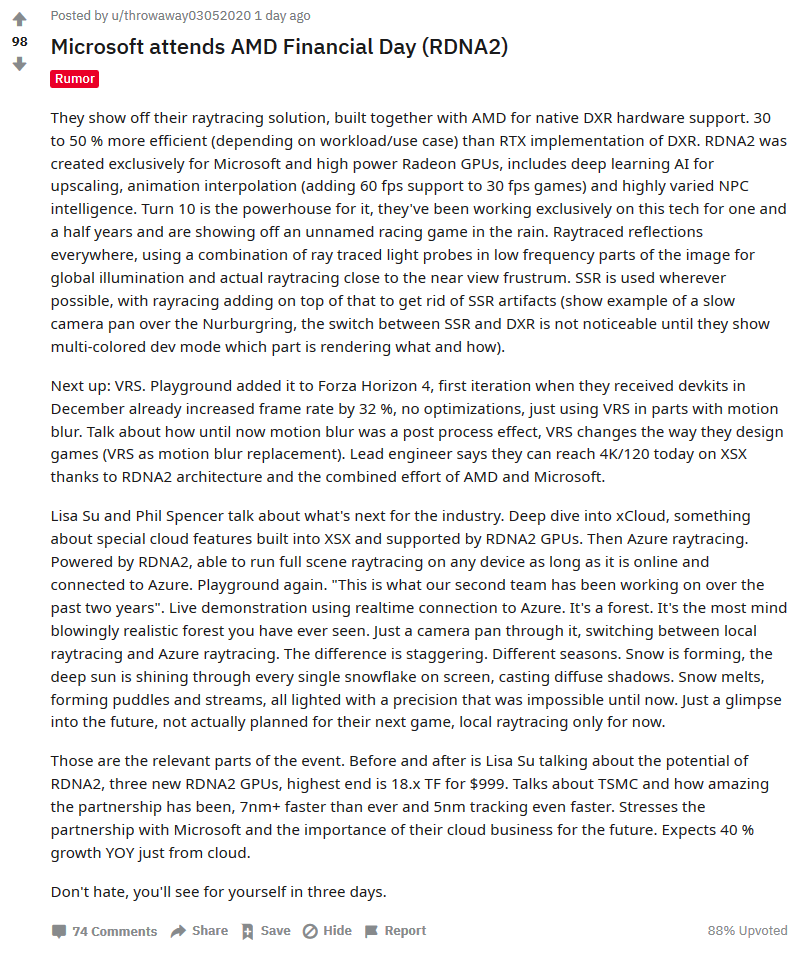 It also said that Microsoft and AMD will openly present some of the new games at the conference, including an unnamed racing game developed by Turn 10 Studios that will turn Amen to showcase the light tracking capabilities of the RNDA2 hardware. The two companies will also discuss the VariableRateShading technology, which Playground Games has added to "Forza Horizon 4."

Perhaps most notably, though, the two companies will talk about azure ray tracing, supported by rdna2, which can be done on any device connected to the Internet.

In addition to Microsoft's cooperation, AMD will obviously launch three new GPUs based on rdna2, of which the price of high-end graphics card will exceed 18tflops and the price will be $999. AMD will also forecast a 40% year-on-year increase due to cloud services, possibly thanks to the partnership with Microsoft.