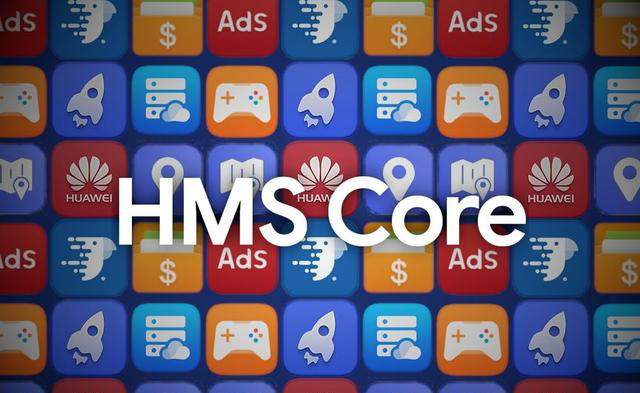 The Wintel Alliance has established Microsoft's current PC dominance, and there are so many computer operating systems in the world that even Apple's Mac OS won't shake Windows's current status.

Because the hardware running the operating system is in large and small corners of the world, Microsoft had 1.5 billion Windows users in 2018, taking Windows 10 as an example, when it had more than 35 million apps (iOS 2.1 million, Android Play Store 2.6 million). Countless software related to life, work and entertainment are attached to the ecology, even if new versions of Windows are frequently used

In mobile phone operating system, Microsoft has lost its core. The key is that it has failed to support a complete software ecosystem. No matter whether WP mobile phone and WP system are good, the Alipay mobile wallet has not been able to land in 2015. The bad experience has determined its final fate.

Behind the launch of HMS: yangmou?

Before discussion, it is necessary to explain HMS simply.

Not to mention the differences between domestic and foreign android phones. For well-known reasons, many of google's businesses aren't in mainland china, so domestic handset makers have launched a series

Because IOS is not an open-source system, nor is it authorized to pay outside, in addition to the iPhone, most smartphone manufacturers in the global mobile market use Google's Android operating system.

Android has AOSP open source and

GMS is divided into two parts: one is user oriented self owned applications, such as search, app store, map, email, video, etc.; the other is developer and enterprise oriented background service APK, including GMS core, commonly known as Google play service.

The Huawei's hms system, from layout to name, is highly consistent with google's gms, and is also divided into user-oriented apps, play services for developers and businesses.

For example, Google has an app store, Huawei also has it; Google has search and map, Huawei will also provide it (self built or third-party); Google has GMS core, and Huawei's HMS core released this time has also been updated to version 4.0. It's not hard to see that Huawei HMS and Google GMS really mean tit for tat.

To Huawei this move, there are many people with high praise attitude, think Huawei unwilling to the status quo, dare to challenge from mobile hardware manufacturers to smart phone system manufacturers, courage is commendable. The zeal to support self-branding is understandable, but it may not be the intention Huawei launch HMS.

Domestic labor force, industrial chain and the broad local market and other comparative advantages, by domestic mobile phone manufacturers to give full play, from manufacturing to independent brands, the overall realization of anti-superfluous, in addition to a few manufacturers such as Samsung, Apple and other difficult foreign manufacturers living space. 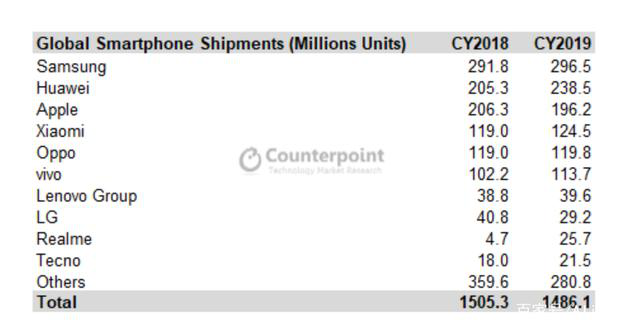 Huawei is the second largest mobile phone giant in the world. In recent years, Huawei has performed well in the domestic market. Its relationship with Google should be more benefit than difference, or even sharing weal and woe.

According to a global market report for the fourth quarter of 2019 released by Canalys,Huawei's handsets performed poorly in foreign markets, plunging 26%, dragging down overall sales by 7%. Last year,Huawei was blacklisted by the U.S. government and Google's compliance with the ban prevented Huawei product users from using Google-only software and services such as Gmail, YouTube, and Chrome browsers, or from downloading software programs or security updates via the Google App Store, or GMS, for Huawei phones

Compared to the domestic mobile market, overseas handsets rely on GMS ecology on a quarterly basis, and the absence of GMS is an important reason why Huawei sales are falling.

GMS services include Google's family bucket apps, such as Google play, Google search, Google map, Google drive, Google Mail, and Google Video. These apps not only have billions of users in the world, but also many common applications used by overseas users, such as Facebook and twitter, need to be downloaded through Google play, and rely on the GMS service framework to run.

For Huawei, there are only two strategies, one is to figure out what to do, and the other is to address america's attitude. Apparently, in

A series of measures can make up for the shortage of GMS.

As the second largest mobile phone manufacturer in the world, the emergence of HMS also poses a problem for Google. According to reports from several foreign media, Google has applied to the United States to lift the ban on Huawei and allow Google to continue to cooperate with Huawei to provide GMS mobile services for Huawei's smart phones.

When google's operating system is the first-class rocket, boosting android phones and iPhone to form a dual-movement pattern, GMS is the second-class rocket, with google accounts, google mailboxes, google maps, google stores as mainstream apps and other tech companies ecologically on android

If so, HMS was originally born

Wang Fei, head of Huawei Austria, told the media that the company had no plans to use GMS even if the ban was lifted.

From HMS ecosystem to operating system, this idea is bold

Mr Yu has said he wants to create the world's third-largest mobile ecosystem through HMS, as previously revealed by Lenovo's Huawei. The combination of OS and ecosystem will be the third ecosystem after iOS and Android.

Huawei's progress in recent years is obvious to all. In 2019, Huawei shipped 240 million units in the whole year, and the global stock of users exceeded 500 million (data in June 2019). With huge user advantages and strong overall strength, this should also be the foundation for Yu Chengdong to dare to call for the construction of the third mobile ecosystem in the world.

However, this idea is very bold. When the market is very mature, competition depends not only on its own strength, but also on the market situation.

The system experience and app ecology of the latecomers are hard to avoid, which cannot be accomplished overnight, and need time to develop. The existence of similar good products in the market means that it is impossible to give the latecomers time to catch up. It is also harder to change the user's inherent usage habits. History tells us that with apple and android in a strong position, hardware manufacturers are so difficult to launch their own operating systems that the idea of creating a third pole is hard to come by as long as users don't accept it.

Blackberry, a former smartphone giant, was forced to make a difficult transformation because it was two years late. Although it has a base of hundreds of millions of old users and a preliminary ecosystem, it still invested heavily.

Similarly, microsoft, which was ambitious after acquiring nokia's mobile phone business, ended up selling only a little later than blackberry's bb10 system. Samsung, a fellow android campaigner, has also tried to develop its own operating system. Even with the strength and status of the year, is no less than today's Huawei, also no end.

At one time, Alibaba's cloud OS reached the level of tens of millions. In the end, it not only failed to complete itself, but even dragged Meizu to the edge.

In fact, even if not operating system, the launch of the hms for the Huawei has a lot of good. According to

There's a search dream for all the tech giants, Microsoft's Yahoo! Bing、 Yahoo Facebook's AI search engine Faiss and so on, Google is also mainly based on search engine revenue, with a market value of nearly $trillion. To be sure, take the place of Android

A foreign netizen once said that even though a new mobile phone has impressive hardware and fluency, I still have no interest in buying it without Google play.

In China, because a mobile phone manufacturer creates a good system ecological experience, and there are not a few people who buy mobile phones.

Overseas markets, google's dominance is clearly Huawei difficult to connect directly with the short-term, HMS the road ahead will be difficult, but whether forced or seeking new business breakthroughs, should give HMS spiritual support.

Is Huawei really ready to build a global ecosystem of HMS?

The success of HMS depends on Huawei's support and determination. And we should not ignore an important role, that is Google.

Google and Huawei now maintain a friendly and cooperative relationship, but that doesn't mean it will

After google acquired motorola mobile in 2011, samsung feared google would become its own rival. Then it began working with Intel to develop a Tizen mobile operating system, and Samsung released a totally inconsistent tablet user interface with Google's Android

In July 2014, Samsung not only switched back to Android to align with Google's official app store

Similarly, once with Google

Without android operating systems, without google's eco-environment, the best industrial designs and tough hardware are hard to come by. That's what BlackBerry BB10 and Nokia WP users learned more about than anyone, though

Moreover,Huawei's hms or hms hongmeng os will face a two-line battle against google and a host of handset makers. Samsung, the OV brothers, Xiaomi and other Android handset makers are hardly saying no

In front of Huawei is a single choice question. No matter what the result is, we can realize the saying that technology is self-improvement. If Chinese technology enterprises want to emerge in the global market, hard power is the best passport.