Silicon standard micro, a RF chip company, has completed a round of financing of RMB 10 million, accumulating nearly RMB 100 million 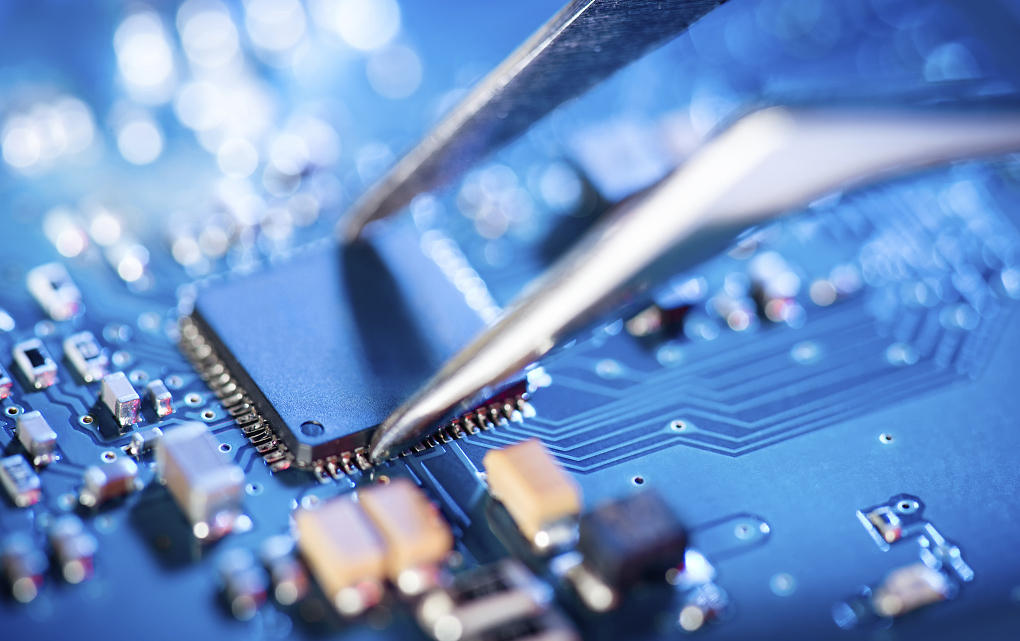 Silicon standard micro, an intelligent millimeter wave sensor company, recently completed a round of financing of RMB 10 million, which is led by Juncheng investment. Silicon code micro said that the financing will be used to introduce high-end talents, invest in R & D, expand market and support mass production and operation of products, accelerate the application and popularization of millimeter wave system chip technology in intelligent equipment, and continue to strengthen the barriers built by the team in technological innovation and disruptive product R & D.

Founded in the beginning of 2018, silicon code micro is committed to the realization of RF technology intelligence, focusing on the research and development of high-performance wireless technology related chips, covering millimeter wave sensors, the next generation of mobile communications, satellite communications and other wireless fields. The company takes technological innovation as its core value, integrates its professional capabilities in chip system, module, software, algorithm and other fields, and accelerates the production of high-end RF technology.

With the rapid spread of new coronavirus in the world, people's cross contact in the use of public facilities (door handles, elevator keys, public toilets, etc.) is more likely to increase the risk of infection.

As a result, the demand for human-computer interaction in detection of people and objects, special scenes and other detection scenarios is greatly increased. The application of traditional infrared and ultrasonic sensors is narrow, and visual sensors also have many disadvantages (such as poor weather adaptation, non penetration, privacy protection, non light environment, etc.). This is the market opportunity that silicon standard micro faces.

Silicon classic micro intelligent millimeter wave sensor combines accurate recognition and intelligent algorithm, which makes human body sensing, gesture recognition, vital signs monitoring and other functions more intelligent. At the same time, based on the natural characteristics of millimeter wave, it can be used for all-weather conditions (including fog, rain and dark scenes) to identify objects and continuous monitoring, reducing the limited use of the scene, which can be deployed indoors and outdoors, effectively reducing the chance of touch and the risk of subsequent transmission and infection. Its products are also specially designed for the consumer market, which will trigger a huge amount of response With the scene, it becomes a basic sensor. 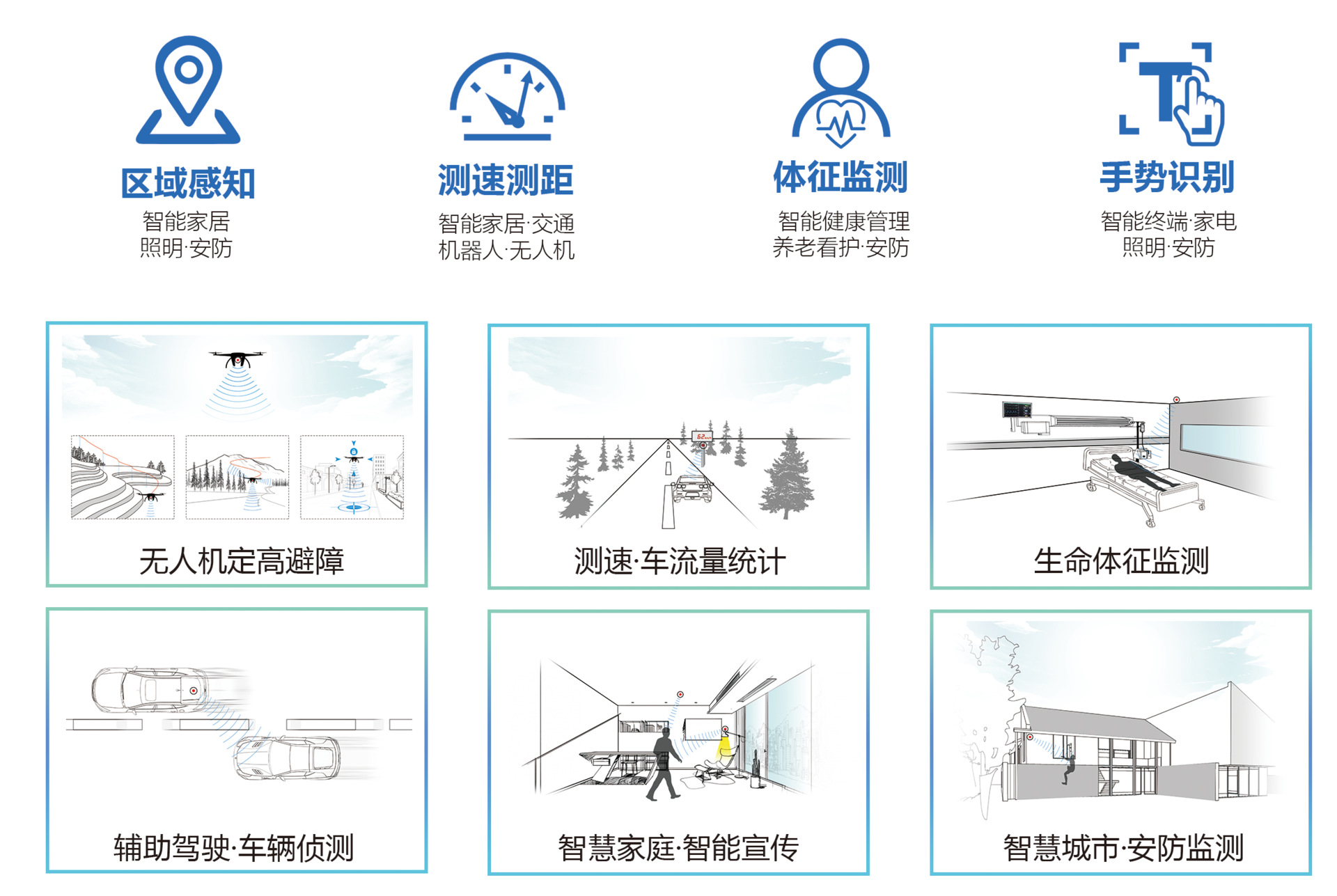 The traditional application of MMW radar is mainly in the military industry, and there are a few applications in the traffic field. In the past two or three years, it has been more focused on the field of automatic driving. These areas pursue high reliability, mainly with potassium arsenide and silicon germanium solutions, and the cost is not so sensitive.

In the field of transportation, driverless track is very large, and there are many start-ups facing this field, but the threshold of vehicle field is very high, especially at present, there is a lack of Tie1 level customer support in China, and there are quite high requirements for running out of this track.

Silicon standard micro said that its core team has accumulated very deep experience in the field of silicon-based millimeter wave RF. In this regard, the team has gathered senior technical experts with an average of more than 15 years of experience from home and abroad.The feature of silicon-based is that it can be fully integrated, smaller in volume, lower in power consumption and lower in cost. It can achieve one or two orders of magnitude reduction in three dimensions, and the application technology threshold is also greatly reduced, which is very suitable for the application of consumer products.

For the blessing of this round of management, Si Dian minimally invasive Dr. Xu Hongtao said:

Related news
Musk came to China to dig a tunnel? Plan to launch the Boring Company China project
2020 millet TV 4x has entered the Indian market: 55 inch 4K screen, about 3440 RMB
Broadcom plans to sell RF wireless chip division Apple intends to receive?
Silicon standard micro, a RF chip company, has completed a round of financing of RMB 10 million, accumulating nearly RMB 100 million
Tesla will build 12 seat tunnel electric bus for boring company
Apple announced that its devices will turn to the "Apple silicon" computing system
The first apple silicon MAC device may be cheaper than the Intel Version (photo)
[Live Video] Apple silicon MAC special event: coming back
Detailed evaluation of Apple silicon M1 MacBook Air
Hot news this week
The developer of the dating app Tinder has reached an agreement with Google over billing rules for its app store
Still did it! Canada has banned Huawei and ZTE from participating in the country's 5G network on "national security" grounds
Red Elf Lightning erupts in the Himalayas Spectacular Spectacle: Experts Reveal What Exactly Is This?
The founder of the Internet Quick Hand Su Hua was taken away for investigation, and the fast hand responded: the news was not true
Wang Xiang, president of Xiaomi, explained that a shortage of low-end chips is a major challenge in overseas markets
Or for Studio Display Pro, the release of Apple's 27-inch Mini LED-backlit Display has been delayed by October
Tencent Q1: The business service business has "slightly decreased" year -on -year, and resource centralized video cloud and network security | View financial report
One picture to understand! Blue Factory has issued 3 new machines in a row: self-developed chip blessing, the narrowest lower border
Sony released the active noise-canceling headphones WH-1000XM5, equipped with 2 chips and 8 microphones
Tencent established a smart technology company in Chengdu, and its business scope includes Internet data services
The most popular news this week
How does the Internet make People Copy each other
Fed Vice Chairman: The future digital dollar may complement the coexistence of stablecoins and commercial bank currencies
ZHANG Pingan, CEO of HUAWEI CLOUD: The value of data governance in China has not been fully tapped Data and AI should be accelerated
Shenzhen Atmosphere! The sales price of mobile phones, computers and other products is subsidized by 15%
Microsoft shows third -party components: Win11 chicken rib function is saved
No need to grab it! Sony announced an increase in PS5 shipments
Audi advertising poster photos only sell for 8 yuan? Photographers question the unreasonable use of the photo purchase
Twitter spent $150 million to settle privacy and security lawsuits with the U.S. government
Hong Kong Hang Seng Index Opens 0.5% Baidu Hong Kong Stocks Open More Than 2%
Amazon's new CEO participated in a shareholders' meeting for the first time: to restore normal profit, ready to cut off the excess warehouse