Recently, the third batch of recommended models for promotion and application of new energy vehicles in 2020 was released, and Tesla's expected domestic long-term version of model 3 has been prominently listed.With the expectation of "discarding cobalt" in new energy vehicle batteries, the A-share market was not friendly to cobalt at one time. In late February, it was rumored in the institutional market that Tesla was negotiating with Ningde times about the supply of lithium batteries. It planned to use cobalt-free batteries in the model 13 model made in China to replace the ternary lithium battery scheme currently applied by Tesla;

Tesla later said that it has a cooperation agreement with Ningde era, and that the lithium iron phosphate battery of Ningde era "does not contain cobalt in itself". 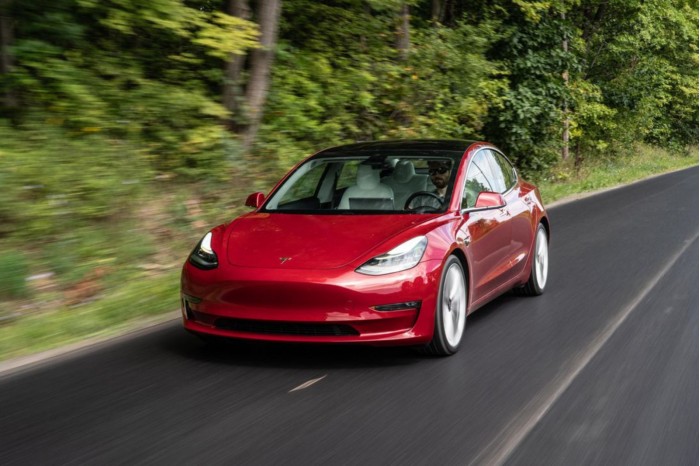 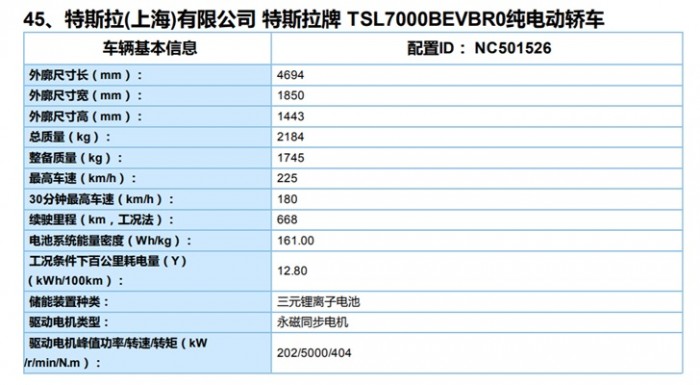 In fact, if we use the CTP based lithium iron phosphate battery in Ningde era (bypassing the module and directly integrating the battery pack), we can achieve a reduction of more than 20% in battery cost compared with the ternary lithium battery mode.

howeverAccording to the 21st century economic news reporter, it is learned from the website of the Ministry of industry and information technology that the third batch of catalogue of recommended new energy vehicle models for promotion and application in 2020, which Tesla is expected to make in China, has been listed in the long-term version of model 3.

According to the record, the range of 668 kilometers ,4 kilometers more than the previous imported version of the range, and the type of energy storage device is still determined to be

The ternary lithium battery is a solution for pure electric vehicles to pursue higher endurance mileage. In the cooperation between Tesla and Panasonic, the 811 ternary lithium battery adopts the nickel cobalt aluminum (NCA) solution, while the power battery supplier in Asia chooses the nickel cobalt manganese (NCM) solution, such as the NCM ternary battery provided by Ningde times and LG at present, but none In any case, the use of precious metal cobalt cannot be avoided.

Compared with the two, NCA has higher energy density. For example, the density of Tesla Panasonic joint venture plant is close to 300wh / kg, while the density of NCM battery is generally around 250wh. On the other hand, NCA scheme has higher requirements on physical environment, manufacturing process and thermal management of battery, so it is more difficult to mass produce, while NCM scheme is more mature and safer.

From the above filing information of the Ministry of industry and information technology, the domestic long-term model 3 of Tesla, which has not yet been put into production, will still adopt the ternary lithium battery scheme and will not completely abandon the use of "cobalt",This also confirms the previous industry speculation that there is still a "ceiling" in the energy density of the lithium iron phosphate CTP scheme.

"Even if the CTP structure is adopted, the existing energy density may not be able to completely replace the ternary lithium. Previously, the NECD of the single drive long-range model 3 has a endurance of more than 650 km, and the car buyers have certain expectations for the improvement of the endurance mileage." A battery industry close to Tesla has said before, "but the space for CTP mode to continue to improve energy density is not large without changing materials, so a considerable number of long-term vehicles will need to use three-way batteries."

At present, the production capacity of some domestic Tesla standard renewal batteries is from NCM batteries supplied by LG Nanjing, butAccording to analysts, Tesla's choice is mainly related to cost considerations, and in the future, in the field of ternary lithium battery, it is possible to cooperate with Ningde times.

Although Ningde era has been the world's third largest power battery supplier in the global market, due to its limited capacity, the cost of its ternary lithium battery is still higher than that of its competitors. A previous UBS report showed that the battery cost of Tesla's cooperation with Panasonic for mass production was $111 / kWh, while the LG Chemical cost of Shanghai Super factory's proposed cooperation was about $140 / kWh, while the cost of Ningde era was as high as $150 / kWh during the same period.

"LG's ternary 811 battery has lower cost and more stable supply. However, Tesla may also cooperate with Ningde era on ternary lithium battery if the marginal cost decreases with the increase of production and capacity in Ningde era." An analyst close to Ningde's era said.

Related news
Disassembly report: iPhone 11 Pro smart battery case smart battery case (a2184)
NVIDIA classic computing card series Tesla to be renamed: too confusing with Tesla
Tesla embrace TSMC :7 nm Autopilot Chips Performance Hang NVIDIA Future Batteries Open Helicopters
Hot news this week
Biden signed a chip and scientific bill, a video call of WeChat iOS internal test suspension window, the advanced CPU caused Win11 to be difficult to use, Huawei new machines enter...
How to regulate the "broken card" operation to crack down on electrical fraud to prevent "accidental injuries" with cards?
Musk's eyes! Lei Jun released a full -size humanoid robot Xiaomi self -developed strength explosion table
Japan has confirmed that China has overtaken the US for the first time in the world's top three indicators of scientific papers
iPad 10 will be absent from iPhone 14 conference: October appeared on Apple's last non -comprehensive tablet tablet!
Kuaishou TOB business Yu Bing: Self -developed chips or mass production after the end of the year, the video must be turned into light industry
The three major indexes of the US stocks opened sharply: ROBLOX fell more than 4%, Twitter and Tesla rose more than 3%
The global streaming media have increased the animation circuit is becoming a new "breakthrough" for Youaiteng
After selling Tesla for $6.9 billion, Musk said he was not selling it, but a survey said he was still selling it. The title of the world's richest man may not be guaranteed next ye...
Meizu Pandaer Great: All products are reduced by 200 and 30 -containing mobile phone cases, heat dissipation back clamps
The most popular news this week
Pet dog infecting monkey acne suspected "Human Poor" American CDC Reform Control Guide
Space Launch System to Fly for First Time
Tencent's second-quarter net profit fell 56% from a year earlier to 18.6 billion yuan
Fabless customers cut back on chip orders affecting Q4 capacity utilization
Washington's suspicion of TIKTOK exacerbated: How will the Bayeon government weigh it?
Pinduoduo launched its cross-border e-commerce platform in the United States in September
Put an SSD in your phone: from 2,499 yuan
China's largest general purpose drone! The first five flights were successful
IPhone 14 to be released alongside Huawei Mate 50: Which bangs do you choose?
Tencent's agent of the Russian war online game announced the suspension: Customs Customs in October