Win10 large version of the update has been identified as version 2004(originally 20 H1), many partners are curious, this version in the end contains what functions! Here's a detailed account of all the new changes in the Win10v2004. Come and see what you' re interested in. 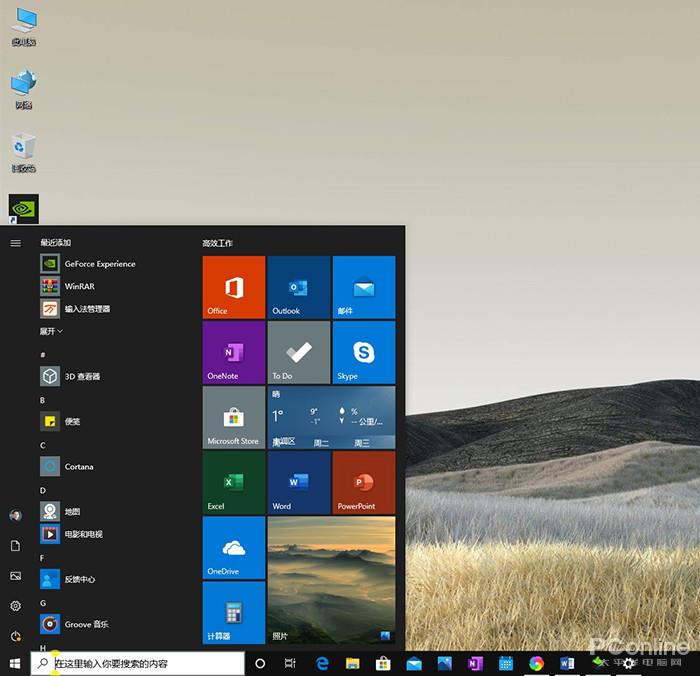 The new version Win10 optimizes the password-free login experience, and users can log in without entering a password through a matching biometric module (such as fingerprint, face, iris, etc.) Windows.. At the 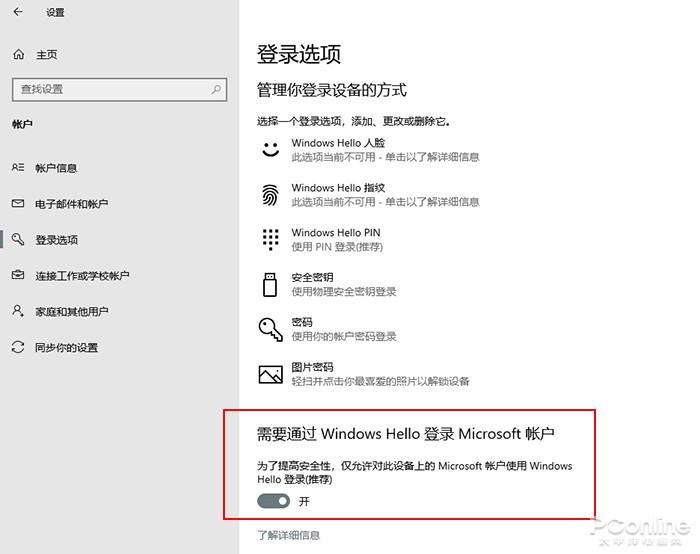 Task manager added GPU temperature display, that is, no need to install third-party software in the future, you can also know that the graphics card does not have a fever. This feature currently supports only NV independent graphics cards, but not AMD and integrated graphics cards for the time being. Moreover, the driver of the graphics card, to upgrade to the latest version, WDDM version needs to be higher than v2.4.. 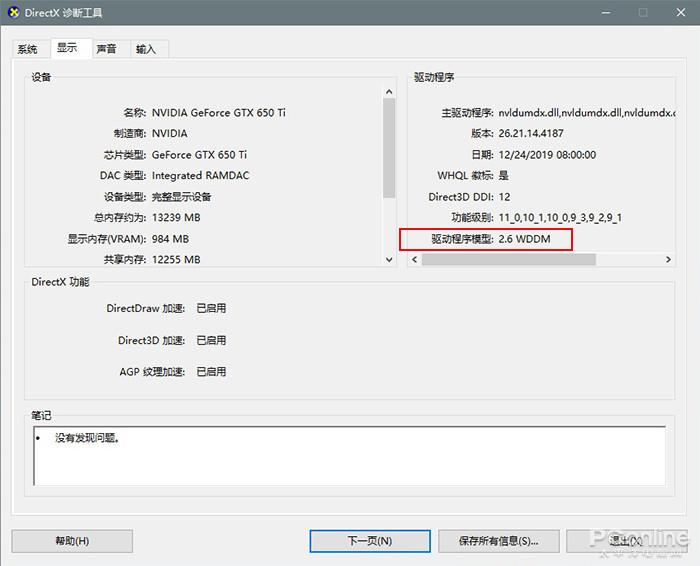 A WDDM version of the graphics card driver is available

3. Identify the type of hard disk

Besides the GPU temperature, there is also a change in the task manager, which is 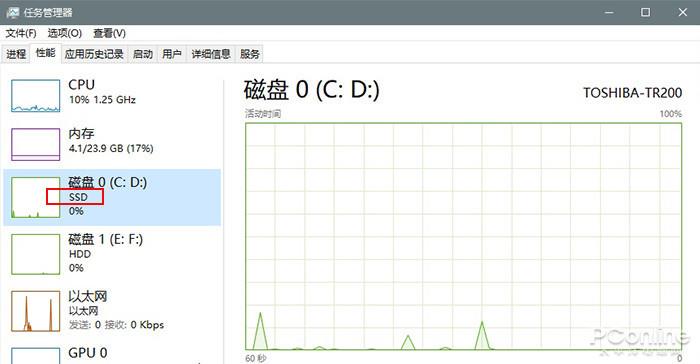 Win10 V2004 has added a lot of new icons, including calculators, photos, calendars, mail, groove music, movies and TV, onedrive, alarm clock and clock and many other built-in applications, all with new designs. With the original Microsoft office, my mobile phone, to do and my mobile phone, the new version of win10 is a new one. 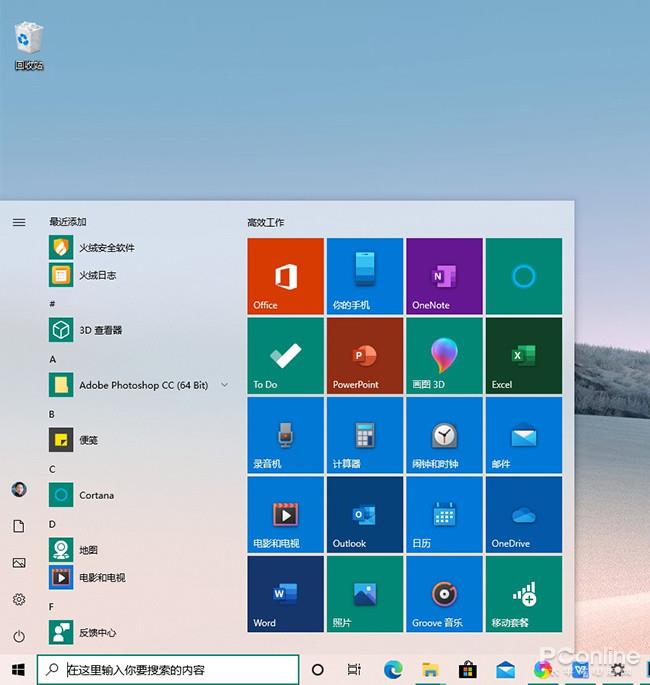 A small change has been added to the calculator, and a drawing mode is added to the list. Its function is to let users visualize mathematical equations. 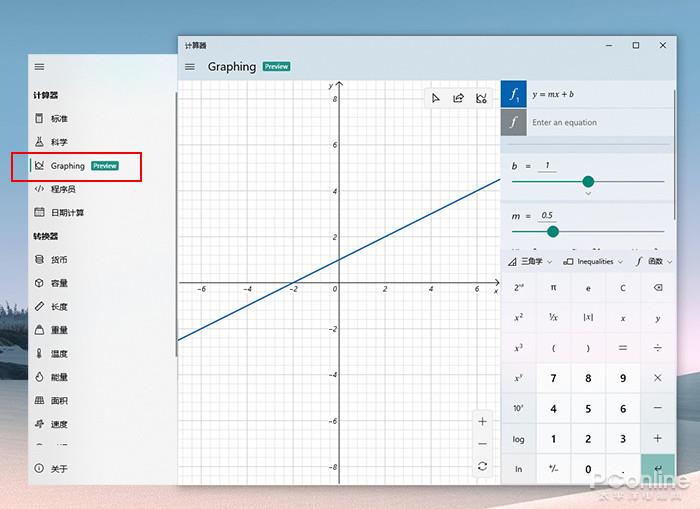 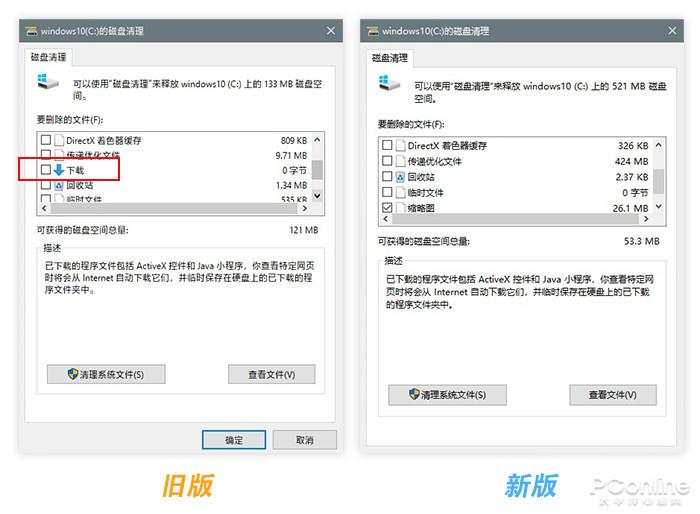 Win10 can automatically turn on the last uncluttered software after the reboot so that the user can quickly continue the previous work. The older version, however, only supports partial desktop software recovery (such as Microsoft Office), which is not valid for UWP. An extension of this feature to the UWP, in the 2004 edition includes a switch that allows users to decide whether to turn it on. 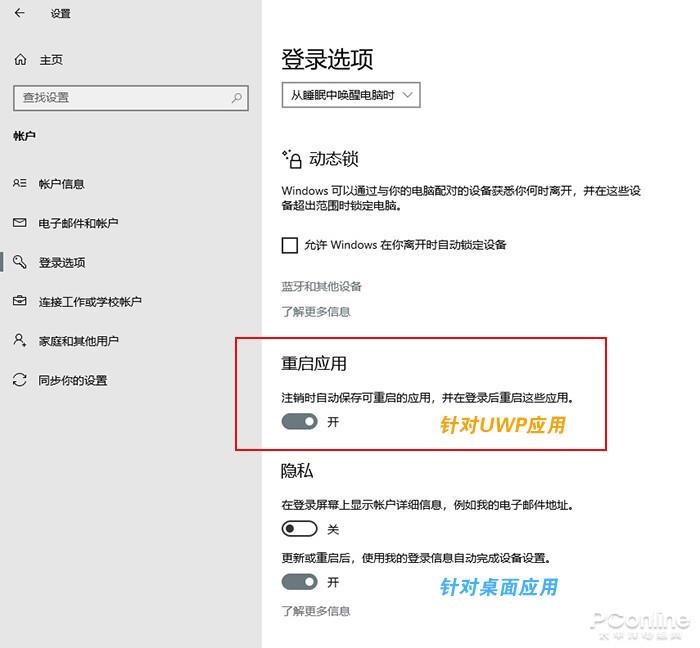 There are not many people using virtual desktop, but it is a very useful function in win10. In short, it can simulate the effect of multiple displays on a single display, so as to improve the work efficiency of users.

A small change has been added to Win10v2004 virtual desktop, and now you can make a difference

Win10 update speed limit can avoid network bandwidth congestion in large-scale updates, especially for users with low access rate, which is more dependent on this function. However, the old version of the speed limit only support percentage adjustment, many times is not particularly intuitive. A new version was added 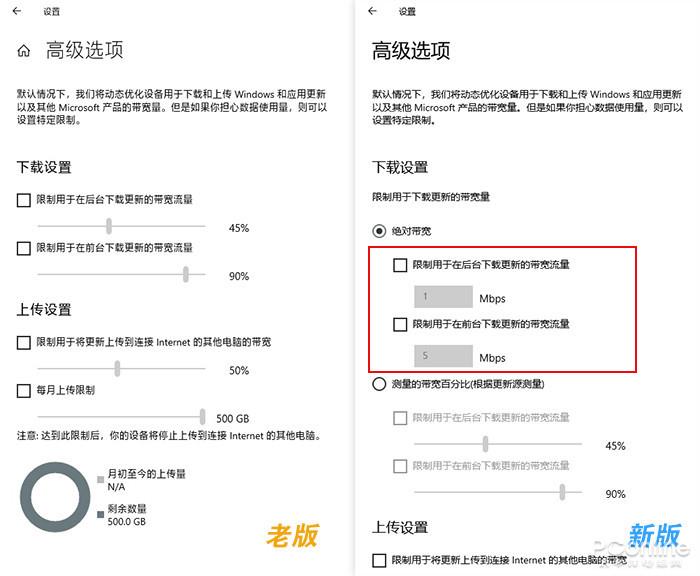 The new version allows speed limit in units of speed

The file index of win10 will consume a lot of resources. The most intuitive feeling is that the computer will slow down and change its card. Win10 V2004 optimizes the indexing mechanism and automatically pauses the indexer when the system is busy. In addition, when the game mode is started or the system power is less than 50%, the indexer will also stop. In other words, the new version of windows will become smoother. 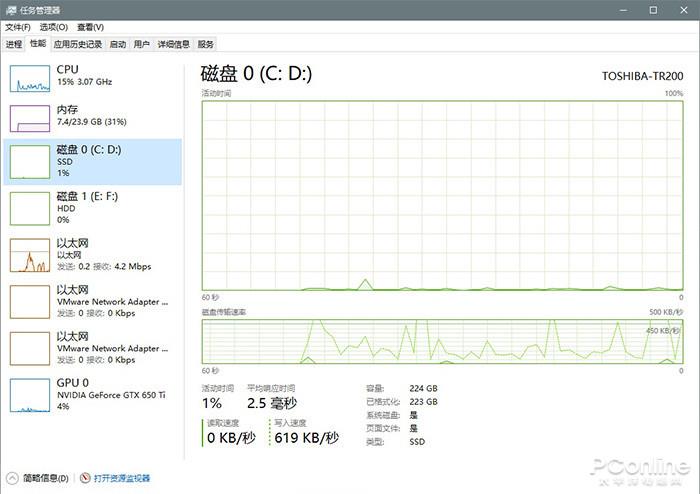 The new version of Caton will be even less 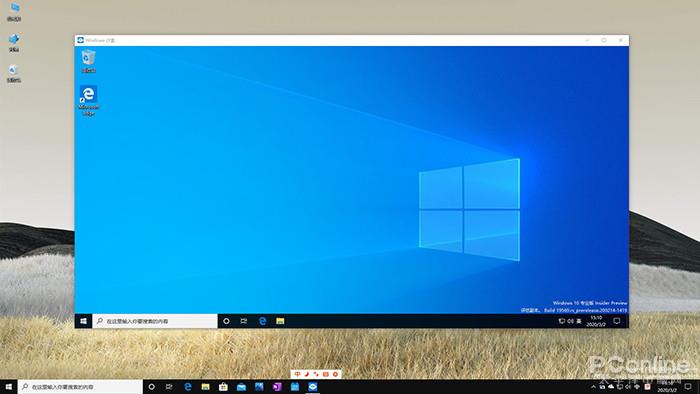 Win10v2004 the sandbox has been upgraded, a new version of the Mac and audio equipment that can use the host directly. In addition, it adds two new sets of shortcuts:

13. Notepad can be uninstalled

Antique tools such as drawing and Windows Media Player were previously unremovable in the system. Win10v2004 assigned them 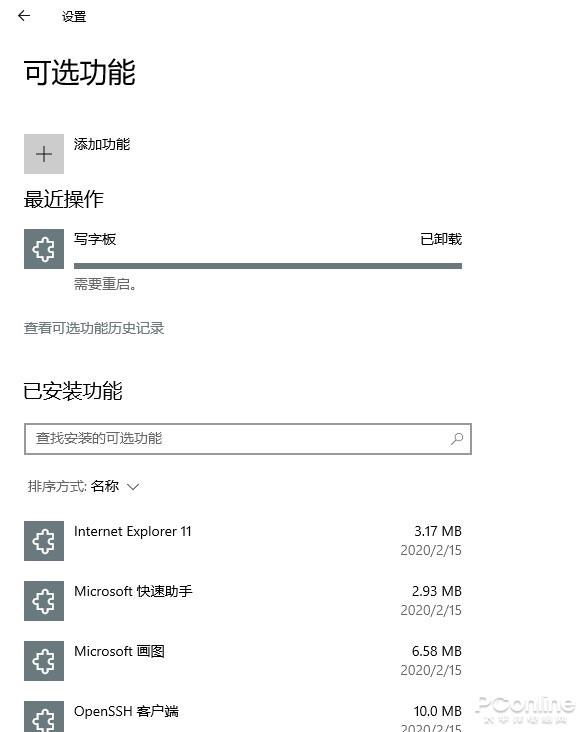 Besides various system updates, Windows Update can also bring us the latest version of hardware drivers. But given that some of the system's instability is driven, Microsoft has since Win10v2004 classified driver updates 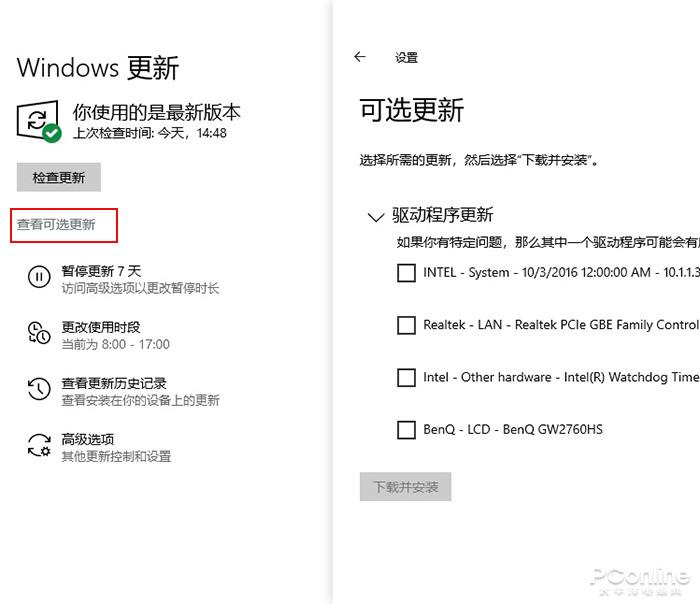 Drive is pushed by hardware manufacturer

Cortana's current situation is not very good. Not only users are lazy to use it, but even Microsoft itself dislikes it. Win10 V2004 has made a new version of Xiaona. The new version of Xiaona looks more like a chat software. In addition to the position and size can be adjusted at will, it will never open the software. The new Cortana will try to answer in the list, just like a real personal assistant. Of course, Xiaona's foundation is too thin. In the process of trial, I still feel that there is no good way to solve this problem. I can only rely on the accumulation of time. In addition, the new version also adds light and dark mode switching, which does not support Chinese temporarily. 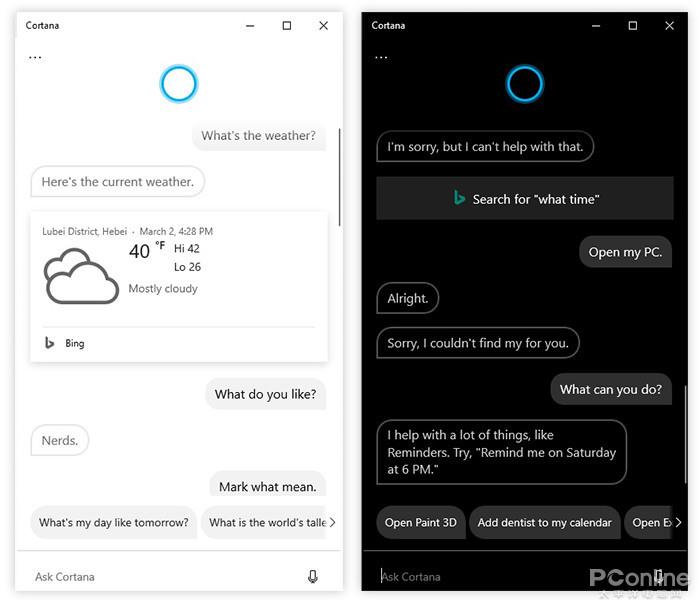 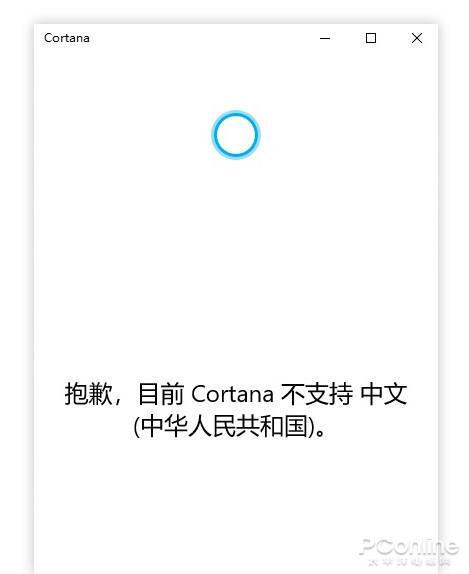 I don't support Chinese at present, so I have to ha ha first 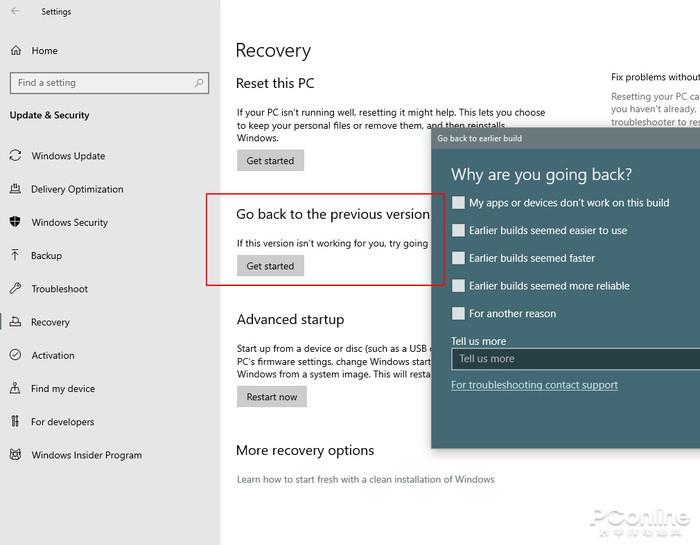 Compared with the previous version, win10 V2004 is more about the adjustment of some details, of which Cortana and cloud reinstallation are the two most changed. At present, Microsoft does not give the specific time when the new version will go on the market, but there are already slow test users receiving push one after another. If there is no major bug in the near future, I believe we will meet soon.

Related news
Microsoft 2020 masterpiece! Analysis of 16 new features of win10
Start menu overhaul! Did you update the new version of win10 from Microsoft
New design of Microsoft News for Android
Microsoft 365 Home Edition 50% discount promotion
Hot news this week
The developer of the dating app Tinder has reached an agreement with Google over billing rules for its app store
Still did it! Canada has banned Huawei and ZTE from participating in the country's 5G network on "national security" grounds
Red Elf Lightning erupts in the Himalayas Spectacular Spectacle: Experts Reveal What Exactly Is This?
Shipments in the first quarter fell 11%, exposed Xiaomi, OPPO, Vivo cut orders 20%, Apple bucked the trend to increase production
The founder of the Internet Quick Hand Su Hua was taken away for investigation, and the fast hand responded: the news was not true
Wang Xiang, president of Xiaomi, explained that a shortage of low-end chips is a major challenge in overseas markets
Tencent Q1: The business service business has "slightly decreased" year -on -year, and resource centralized video cloud and network security | View financial report
One picture to understand! Blue Factory has issued 3 new machines in a row: self-developed chip blessing, the narrowest lower border
Or for Studio Display Pro, the release of Apple's 27-inch Mini LED-backlit Display has been delayed by October
Sony released the active noise-canceling headphones WH-1000XM5, equipped with 2 chips and 8 microphones
The most popular news this week
Amazon CEO first appeared at the shareholders' meeting: to restore normal profit
Sony claims that the full recovery of membership upgrade fees is a technical error
Taobao 618 will be launched in the Yuan universe shopping: three -dimensional "shopping Taobao"
Yuncong will be listed on the Science and Technology Innovation Board on May 27 at 15.37 yuan per share
The amount refunded by the game company to the minor recharge should not be "discounted"
Regulatory Shot! Behind the app downtime of many securities institutions: how to break the digital transformation of securities companies
Apple iOS 15 Maps began offering AR walking navigation in Tokyo, Japan
Privacy is not compliant, 12 software has been informed! Huawei's smart life has been named many times, and it is also on the list
The arrival of the SIENNA sister models, faw Toyota Granvia named Greg Olivia | a train
Turning profit into loss, Ali Health saw its profit drop by more than 1 billion yuan and marketing expenses increase by 62%