Car owners rights Model 3 simple match! What happened to Tesla on the altar?

Something happened to Tesla again. 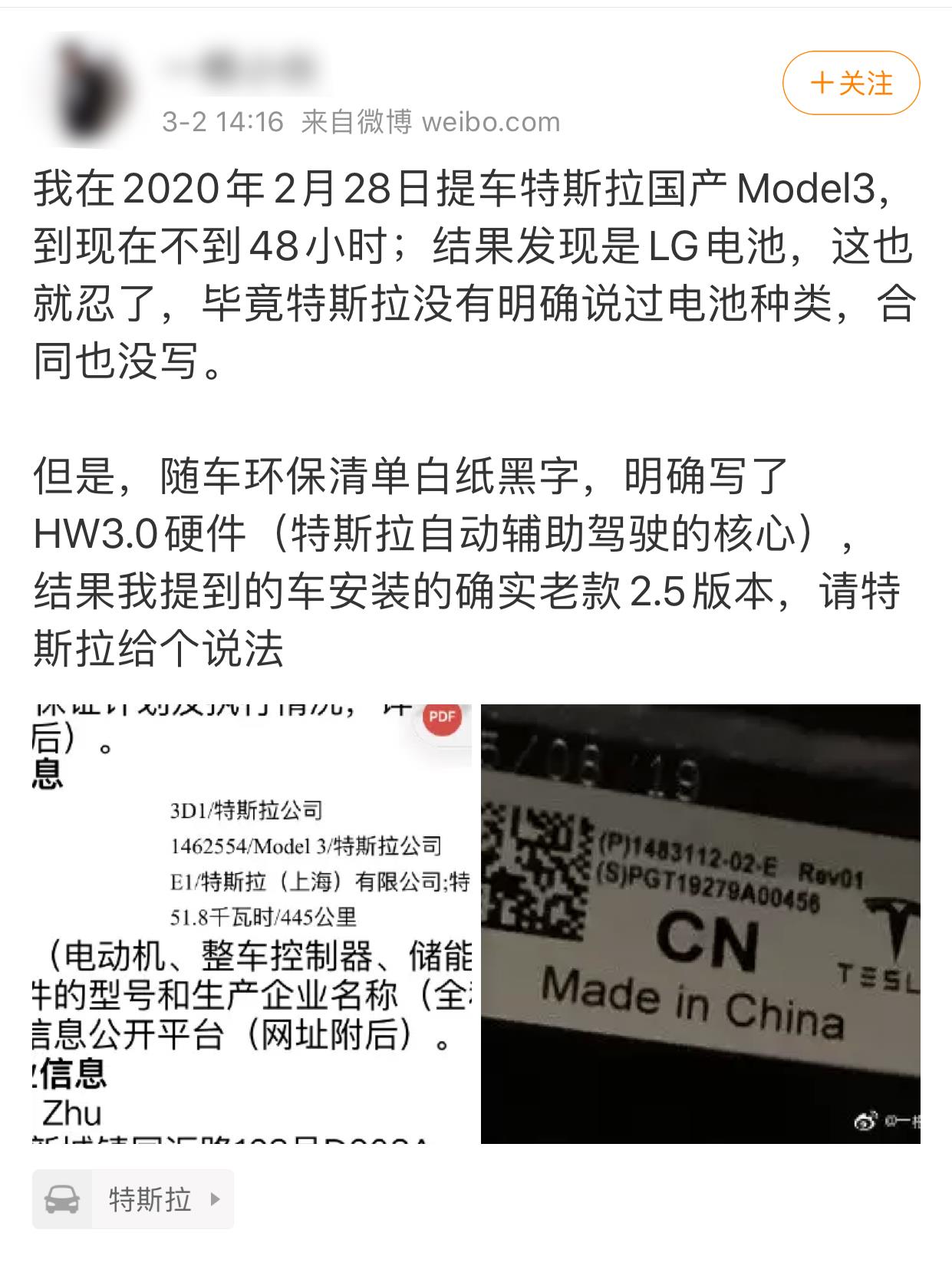 Subsequently, Tesla issued an official statement on March 3, saying that because the supply chain has not been improved, there is indeed a mixed installation of hw2.5 and hw3.0 in the domestic model 3 delivered at present. With the recovery of production capacity and supply chain, Tesla plans to replace hw3.0 hardware for the domestic model 3 with hw2.5 controller hardware free of charge.

For a while, this has become the biggest crisis of smart cars.

■ how to confirm your hardware version?

Before discussing this, let's first take a look at how to confirm the hardware version of your Model 3. The simplest of the known differences between HW2.5 and HW3.0 use is to find one 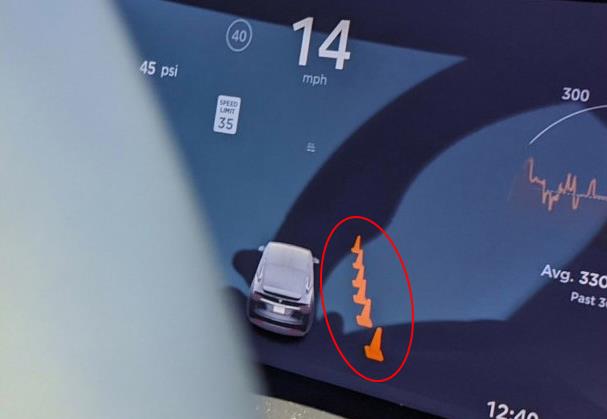 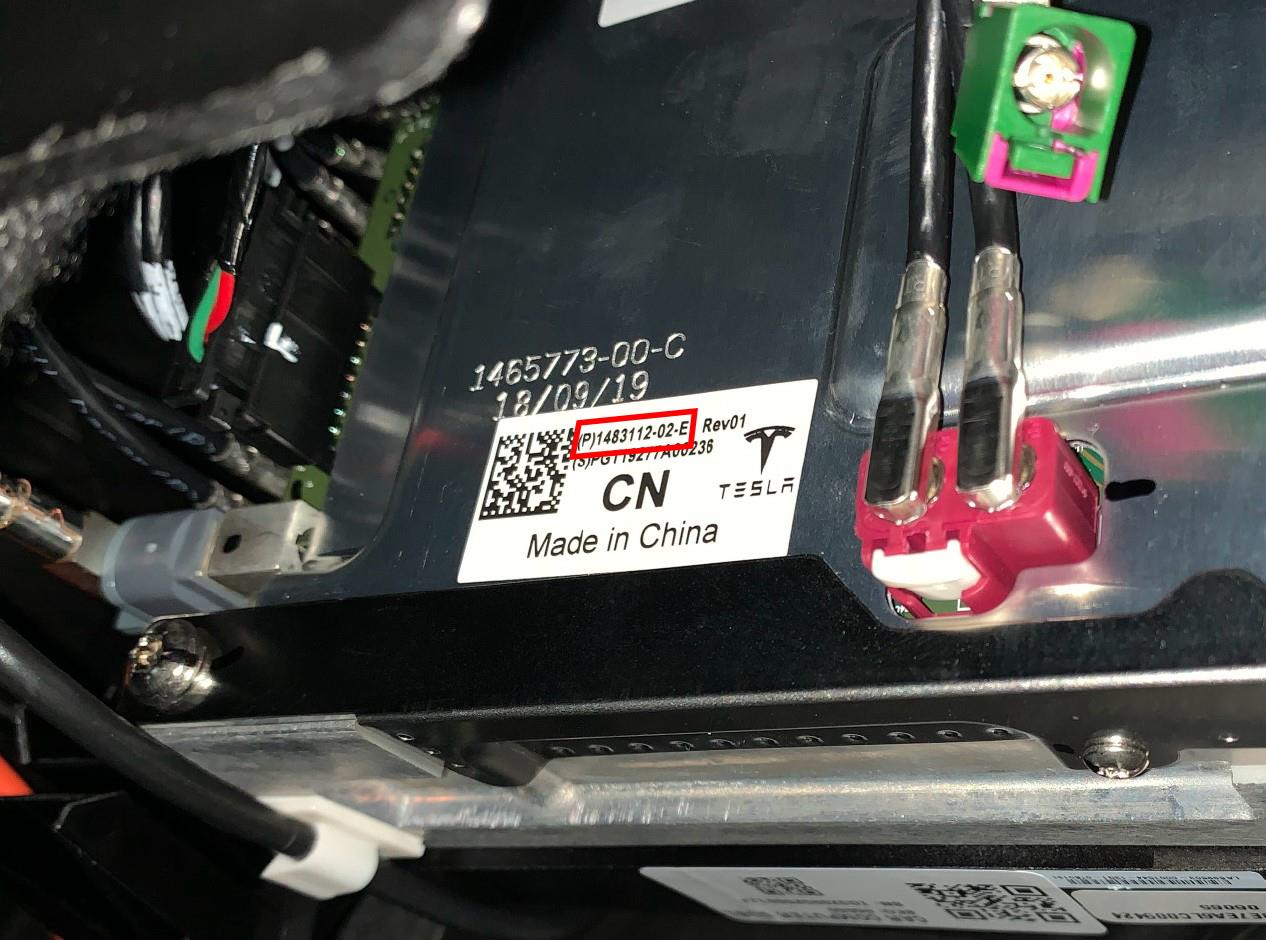 The fundamental difference between the two kinds of hardware lies in the main computing chip. Hw2.5 uses NVIDIA chip, while hw3.0 uses FSD chip developed by Tesla. In terms of data processing capacity, it has increased by 21 times, and the cost has decreased by 20%. This proves that the replacement of hw3.0 with hw2.5 by Tesla is really due to the production capacity and supply chain, not to reduce the cost.

In the second half of the official statement, Tesla made it clear that the vehicles with FSD suite installed hw3.0 hardware, while hw2.5 and hw3.0 hardware in Tesla's standard autopilot system have the same function performance, and the owners do not need to worry about the difference in the use process.

Tesla's entire official statement can be understood as simply crudely, 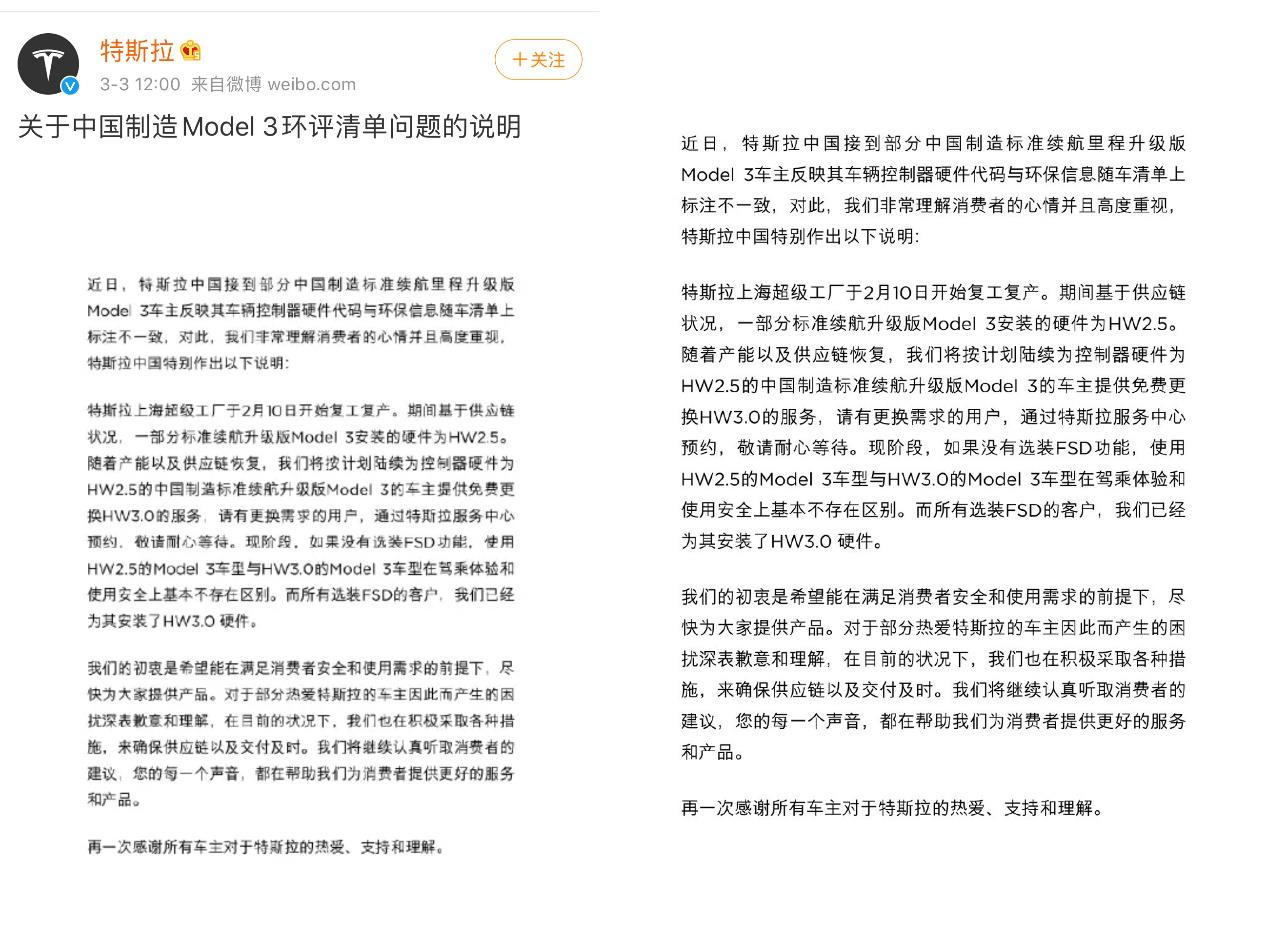 In fact, it's not complicated to replace the hardware, because Tesla's chip itself is a detachable structure, so as to facilitate the later replacement. In other words, the difficulty of replacing the chip for a Tesla Model 3 is not much higher than that of replacing a CPU for a computer.

So for car owners and prospective car owners, if you choose to install FSD, it should not encounter a HW2.5 situation, and if you do not do the selection, although your chip computing power is not so powerful, but to meet the Tesla standard Autopilot computing requirements are basically enough.

And there's an appointment to replace HW3.0 hardware for free, and overall, Tesla's

■ that adorable Tesla, the light is fading

If you've learned story of Tesla's boss Elon Musk, it's hard not to be attracted to his personal charm, and I used to be a big fan of him, from the original city news software to the United States 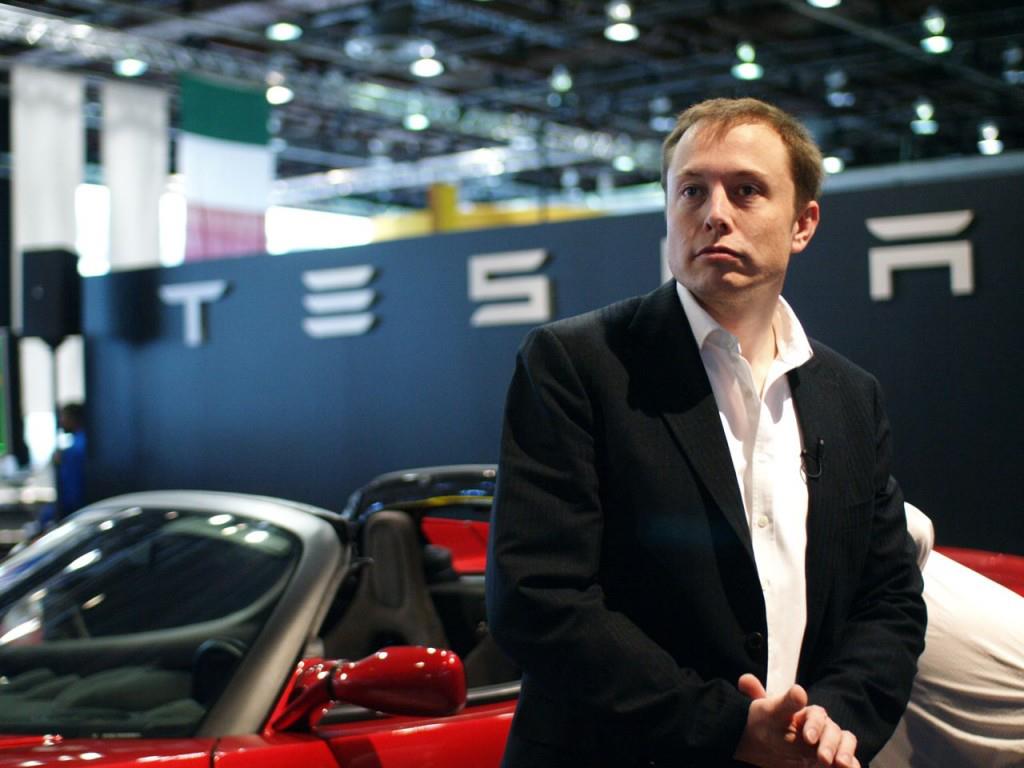 ▲ Elon Musk and his Tesla

Because of this, we need to give up some things on the way to realize our dreams. In 2013, Tesla entered China. At that time, only model s was on sale. It was high-end and expensive. Most users were loyal fans of Tesla. As a toy, it can naturally accommodate most of its shortcomings.

Later, Tesla entered a stage of repeated ticket skipping. Model 3, which had been waiting for a long time, didn't start to get the news of domestic delivery until 2018. With the price of the product going down, the user group of Tesla has also changed from the original loyal fans to the ordinary consumers. Because of the halo before, new users expect Tesla to be a nearly perfect car.

Tesla let them down. After attracting a lot of attention through model 3, Tesla had already seen the hope of orders soaring. However, at this key node of gaining more public praise, it did a series of strange things and frequently adjusted prices. 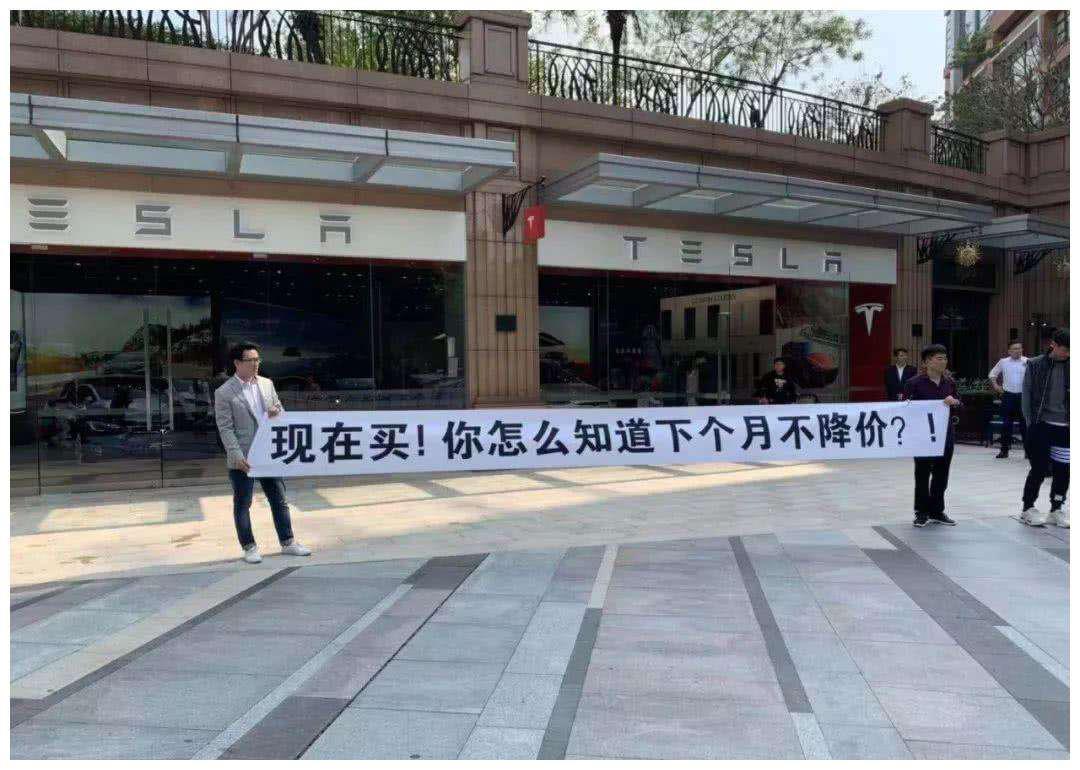 Such frequent adjustments have an invisible drawback, and users are experiencing a crisis of trust in their brands, making buying cars like buying stocks

After all, Tesla has the same personality as Elon Musk, and their hard power is strong enough, but also strong enough

Tesla has not paid attention to until now, a sale of goods, there is any point not in line with the publicity, should be published in time, even if consumers do not care, you can not care, this is the most basic right of consumers. Can not help thinking about this matter, if not found, is not a lot of car owners until the upgrade of the FSD, will not find their car chips and others are not the same? 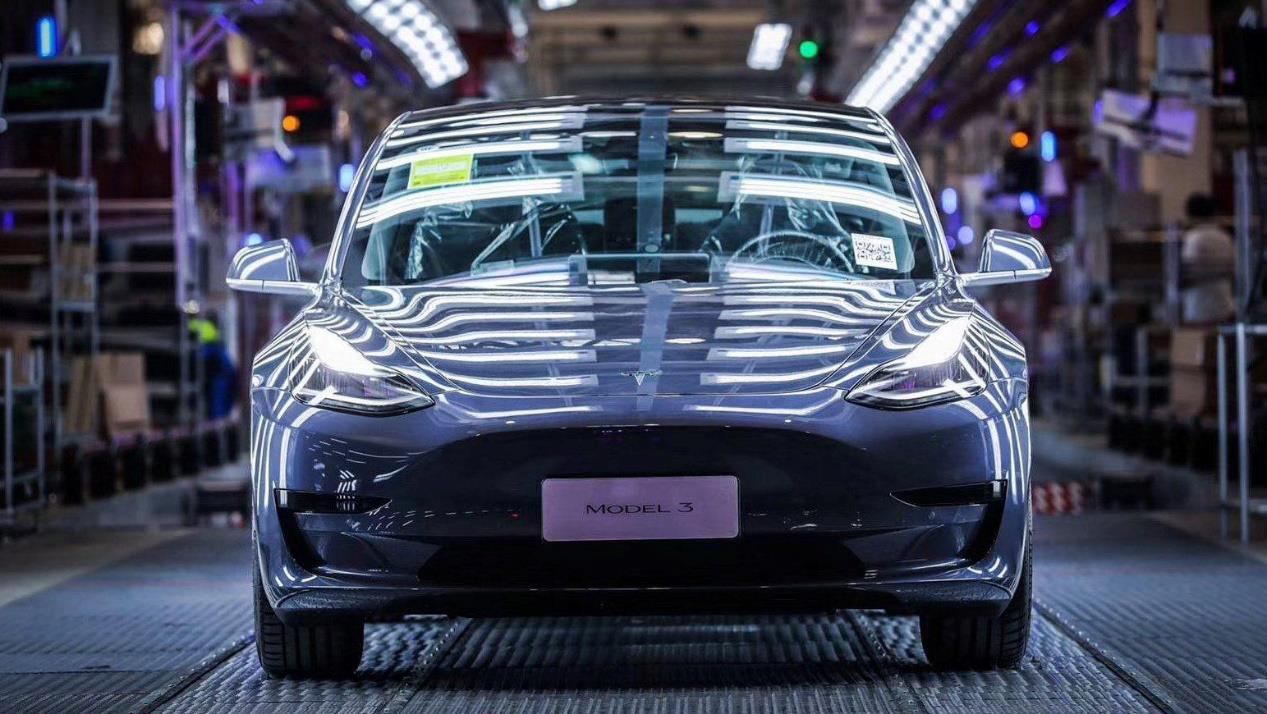 We could have made a statement in advance. In the previous batches of domestic model 3, the hardware version might be hw2.5 temporarily, and in the future, we will actively arrange for the owner to upgrade for free, or apologize to the owner when delivering, and give a small amount of free overcharge, which makes the owner feel balanced, and will gain a lot of praise, but Tesla chose to silence.

Tesla's advantage lies in its product power, and its disadvantage lies in too much belief in product power. It's not that it doesn't know what the user wants, but for the self-confident one, the so-called door seams are uneven, the appearance of the cover is uneven, the rain roof car leaks, etcLow level assembly process defects, will not be a reason to block users from buying, so it doesn't care. 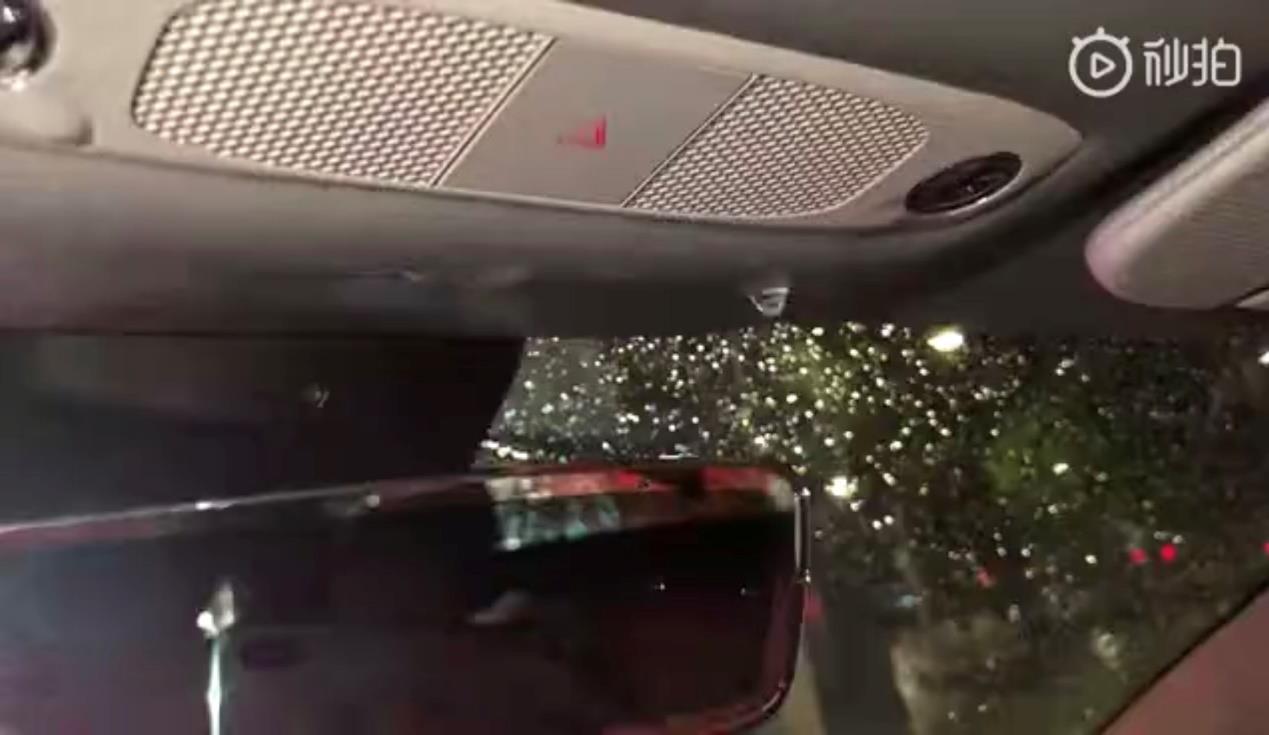 At the time of delivery of domestic model 3, the mixed installation of new and old versions of vehicle controller hardware, the mixed installation of domestic LG and imported Panasonic battery all occurred without prior notice. All kinds of behaviors show that Tesla's current actions are based on the priority of sales and delivery. As for quality control and user maintenance, that's after solving the survival pressure.

It just forgot one thing, one caPrice exceedsThirtyTen thousand yuanEven if the car is intelligent, it needs to be able to afford its price in terms of workmanship and materials. Otherwise, it still lacks the foundation of a luxury brand.

■ Tesla's future will be full of difficulties

After the model 3 is no longer limited by production capacity, Tesla has had a good time. The stock price has also skyrocketed from 176.99 USD / share, the lowest point in 52 weeks, to 968.99 USD / share. Although recently affected by the global epidemic, it still has a market value of more than 130 billion USD, which is not a bad sight.

In the past few years, Tesla's sales volume has really been unstoppable. Apart from the attractive products themselves, there is no competitor in the market that can beat it. But by 2020, the war is just beginning. 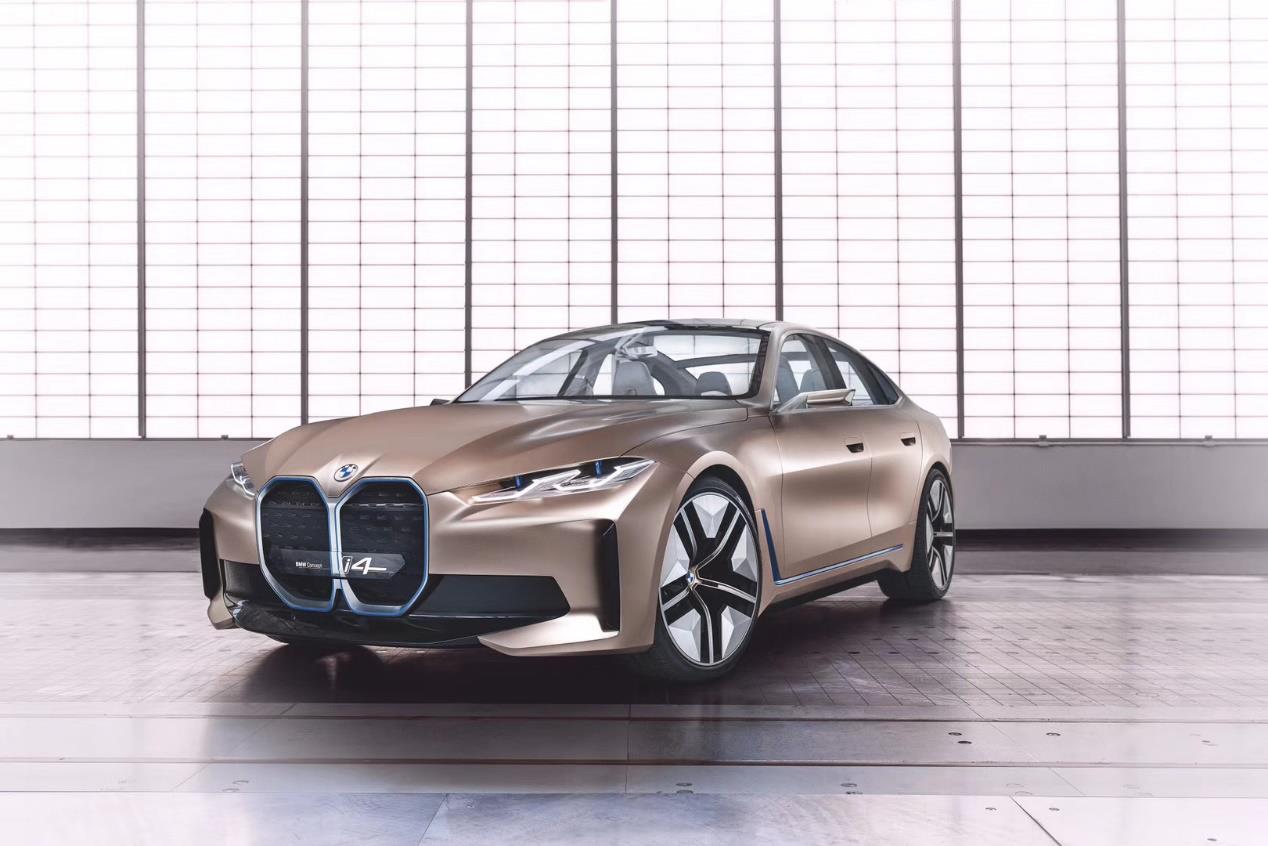 Objectively speaking, Tesla's price is close enough to the people, but if you want to own it, you still need to spend hundreds of thousands, and if you spend money, you will hope that it is worth the money, and hope to get a car that is indeed worth hundreds of thousands, as well as supporting services. For Tesla, selling cars is more like a one-off deal, but for users, it's the beginning of a relationship that has lasted for years.

The contradiction between the two sides has existed for a long time, but Tesla chose to ignore it for the time being. If it can't change its self-awareness and improve its service level, the current high sales volume is only overdrawing the user's trust.

On the other hand, bmw, which is due to go public this year in iX3, has unveiled a i4 concept car that is expected to start production in 2021, and mercedes-benz EQC and audi e-tron have begun to deliver, becoming the same price competition for Model S and Model X, as well as a service-oriented company ready to EC6 and Model Y. 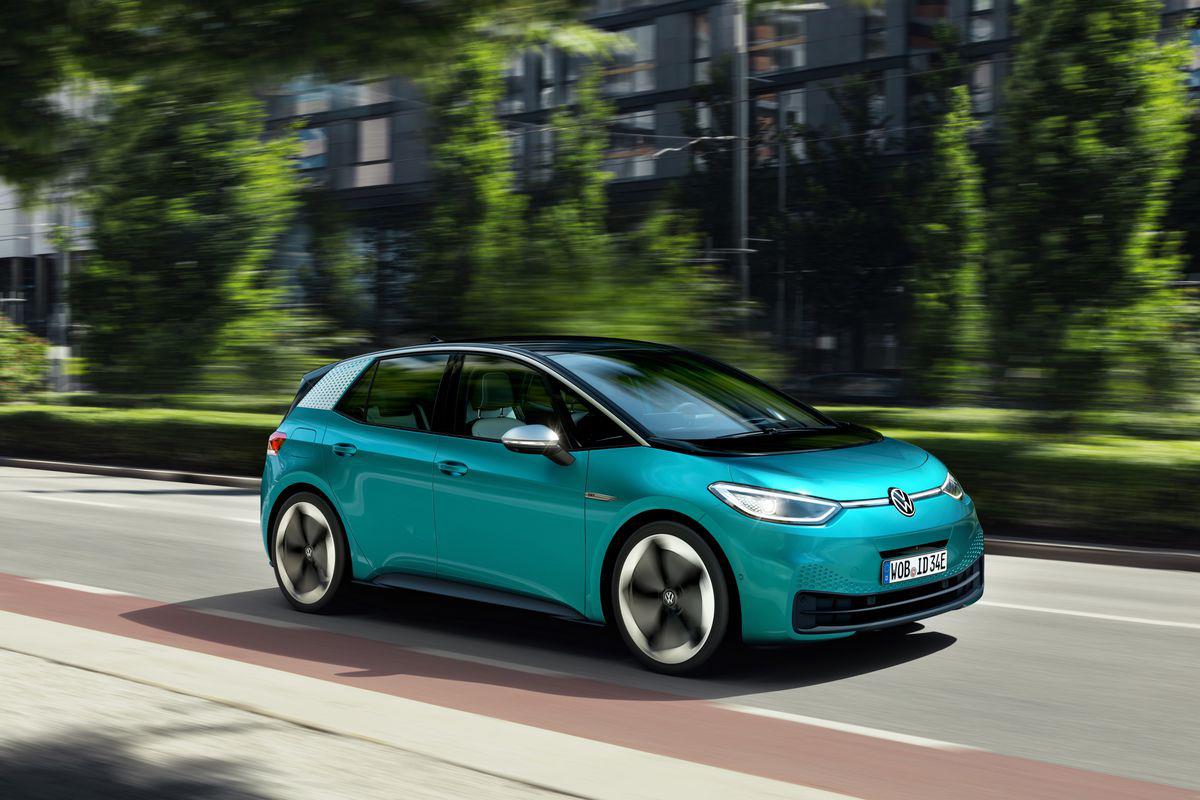 Cheaper electric cars, not all of them

Related news
Car owners rights Model 3 simple match! What happened to Tesla on the altar?
Out of control investigation of imported model 3: Tesla denies brake failure
Tesla response to sudden acceleration of model 3 autopilot
Tesla prices 59 times after entering China, Model 3 price cut
Tesla Model y drops 160000, too powerful! Weilai forum has been occupied
Tesla Model y has to wait for a quarter to pick up the car after the price reduction, and the analysis says that there is a high probability that the price will be reduced
The car owner made model s rectangular steering wheel for model 3! Netizen: ugly in the sky
Tesla Model 3 caught fire after hitting a wall at high speed
Hot news this week
Zhao Lijian responded to the British "blocking" Huawei: generalizing the concept of national security harms others and harms themselves
Zhao lijian said the UK's decision to block Huawei under PRESSURE from the US was damaging others and not benefiting itself
Tencent web drama "Beginning" Douban opening score 8.2: the male protagonist's mobile phone has become a highlight!
Samsung's new notebook patent publication: the keyboard is divided into two-quarters after two folds.
AsiaInfo Technology Announces Acquisition of iResearch Consulting to continue to increase digital operations and digital and intelligent transformation
Canon China plans to close some production lines in Zhuhai in response to the zhuhai company's suspension of production
Breakthrough: Chinese scientists have discovered and confirmed the boson exotic metal for the first time
Only 2 decisive headphones Class A Certification of the Ministry of Industry and Information Technology? Perhaps it is misunderstanding
1KW electric energy production 3KW heat Tesla hot pump low temperature hidden dangers were investigated
Behind Microsoft's acquisition of Blizzard: Intended to build a super game carrier, SONY is the most hurt
The most popular news this week
The "Metascope Pioneer" is making a comeback google AR helmet or will be in the world
SpaceX wins $100 million air Force contract to fly Defense Department missions
Apple's 2022 New Year's Eve short film "Comeback" iPhone 13 Pro will turn the countryside into Mars
Can Jay Chou listen free? Look at 15 seconds, listen to 30 minutes song, QQ music internal test free listening song mode
Activision Blizzard employee: It's good that the company is being bought by Microsoft. Maybe it can be saved
The Hang Seng Technology Index is 0.95%: Netease has fallen over 3%, and the quick hand fell over 2%.
China's groundwater resources reserves are identified for the first time: the southern freshwater reserves account for only 5% of the country's total
Microsoft Gaming Executive: Had a friendly call with Sony management
The United States seeks to contain scientific giants Google 2021 year tour spending increased by 13 million yuan
QQ Music ranked third among the world's most popular music platforms