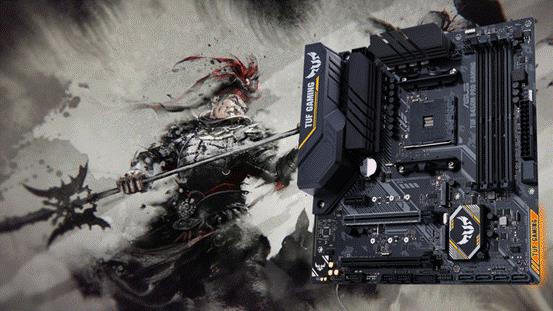 The new DLC's new Yan Baihu faction has two special arms: White Tiger warrior and white tiger robber. The white tiger warrior is the first orthodox two handed axe weapon. It changed the bug of the two handed axe action before. The attack is sputter attack. The 38 armor is extremely high. The armor worn is 7 armor. It can add 116 charge to one wave output. The vanguard deployed and ignored the terrain. The white tiger robber has a new action of gun, shield and bow, as well as a new kind of arrow losing poison. It can use the long contradiction wall array. The Dodge and shield dodge ability of the close combat can reach 42. The armour is a little low, but the resistance of the close combat to 60% of the long-range block is a little terrible. It can be predicted that the white tiger bandit faction will become a hot choice. 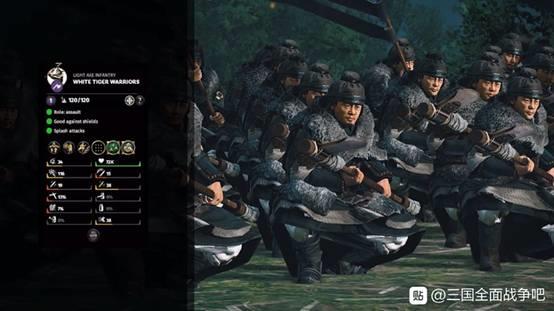 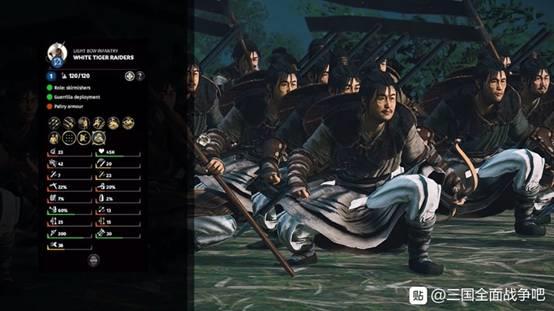 As the saying goes, if you want to do good work, you must first sharpen your tools. The recommended Asustek tuf b450m-pro gaming e-Competition motherboard has excellent strength. It not only ranks first in the sales volume of JD b450 chipset motherboard, but also wins the annual top product award of authoritative media computer newspaper and the most cost-effective award of fast technology, which can be said to be effective. It is equipped with upgraded digital power supply design, which brings pure and strong power output, and releases the powerful multithreading performance of the third generation of AMD sharp dragon processor. At the same time, it is equipped with all-round heat dissipation scheme, full coverage heat radiation armor and back power supply heat sink, with remarkable cooling effect and stable play for a long time. On board dual m.2 interface, and support DTS game audio customization and ASUS aura sync technology, both performance and beauty. At present, the main board has a special time limit, only 699 yuan is needed to get it. There is also a 50 yuan e card activity for drying sheets, which is a good time to start! 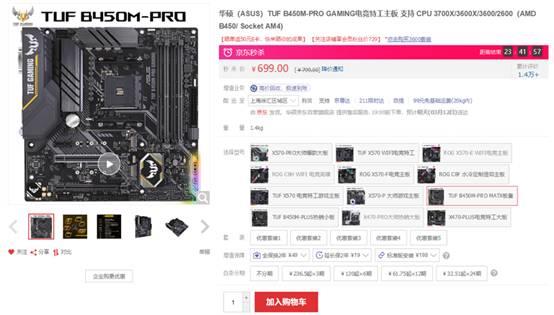 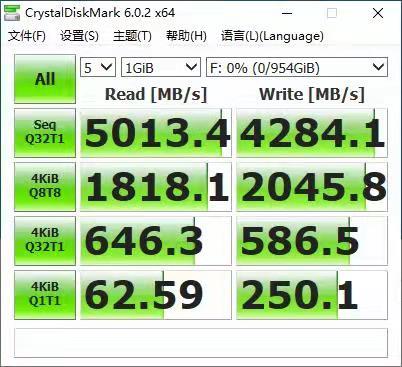 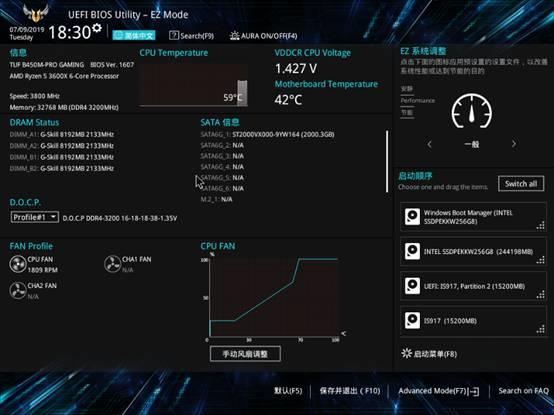 "Total War: Three Kingdoms" is a very detailed restoration of the situation of the Three Kingdoms of Wei, Shu and Wu. Both the depiction of the soldiers and horses and the simulation of the geographical location are very real. In order to get a more immersive game experience, both the quality of the picture and the sound effect are indispensable. Asustek's tuf b450m-pro gaming motherboard is not only equipped with s1200a high-quality audio chip, but also designed with audio protection wire, Japanese audio capacitor and e-racing agent protective cover to provide an immersive game experience. It also integrates Asustek's increasingly sophisticated e-game black technology into it. The unique DTS game sound effect customization technology provides three preset sound effect modes of soundscape, sky and tactics. In "Total War: Three Kingdoms", players can choose the sky mode, and obtain the stereo game sound effect from the front by looking down at the angle, so as to bring more realistic and shocking battlefield experience! 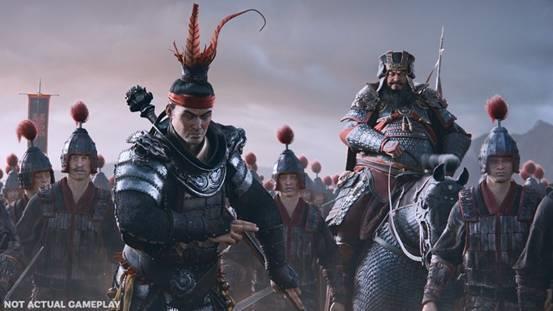 The optimization of the network part is essential for the game. The tuf b450m-pro gaming motherboard is equipped with Intel gigabit network card, supplemented by LANguard Network full protection, to provide the player with a high-speed and reliable network environment, effectively reduce the game delay, and make the game experience more smooth. 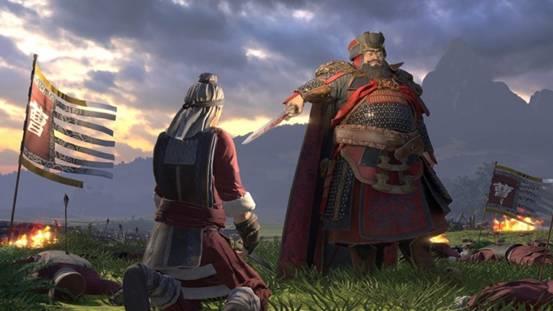 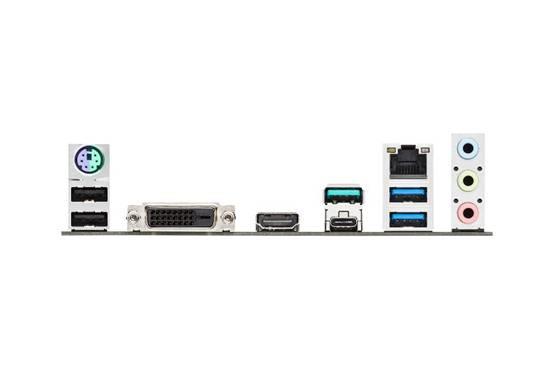 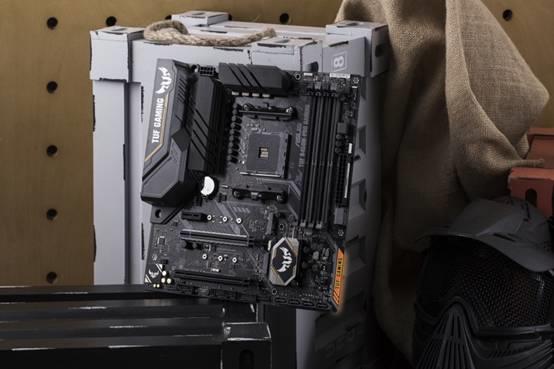 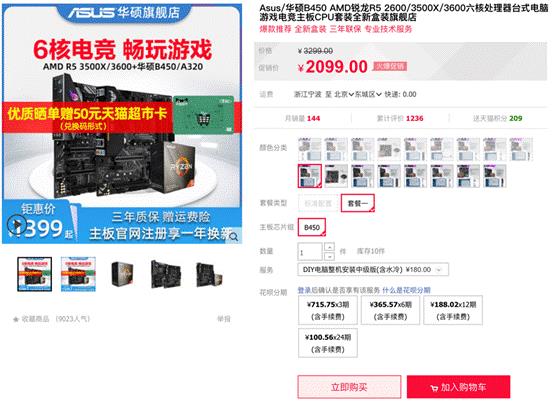 The Asus TUF B450M-PRO GAMING game board, which is the main board sales champion of JingDong B450, has been recognized by players and media for its ultra-high performance and performance strength

Related news
Land of ownerless 3 new DLC ASUS b450 motherboard helps you dominate the planet
All three new DLC ASUS b450m motherboard
The winning weapon of escape from takov on ASUS b450m main board
"Unique pirate 4" is a refreshing mowing experience for Asustek b450m motherboard
Hot news this week
Tesla's response to the spontaneous combustion and explosion of Shanghai model 3: preliminary judgment that the accident was caused by the collision under the car
Pinplay: has filed a lawsuit against Tesla for infringing pinplay's reputation right through the Internet
China's auto chips stopped in Europe and America? Official response
Global chip crisis worsens Ford closes German factory for one month
Huawei upgrades 2021 notebook models of matebook series: 11 generation core from 5499 yuan
Girls will be tied to the doll on the back to take home during the holiday netizen: This is too caring
Full screen bomb is playing crazy wechat Android version 8.0 beta version comes with download
NVIDIA's acquisition of arm may be rejected by one or more regulators
Intel and AMD motherboards are in chaos
MIT biologists reveal why cancer cells waste so much energy
The most popular news this week
What does the new coronavirus look like? First 3D image exposure: like a ruined planet
LG mobile phone business turbulence: scroll screen may not be listed
Windows 10 21h1 confirms that the update range is not big: it mainly fixes bugs and optimizes performance
Wechat "explosive" update? Wechat 8.0 full experience of new functions
Reported that the iPhone 12 Mini sales in the United States and Europe are not as strong as expected
European Parliament invites CEOs of four US technology giants to attend antitrust hearing
Why Tencent is the Chinese version of Microsoft in the era of car building and navigation
Wuxi an import car Li son surface nucleic acid positive netizen: again cheap also dare not eat
Tencent cloud legitimate music library through train released single products, providing digital music licensing for small and medium-sized customers
FTC fined 3.7 million US dollars to three scalpers who illegally used robots to grab tickets