[observation] there are two types of Internet industry: Internet and A-share Internet

Q: How to get schizophrenia in the fastest time? A: At the same time study A stocks, Hong Kong stocks and U.S. stocks in the general stock. Q: feeling that the above method is still not fast enough, is there a more efficient method? A: We also study the Internet industry of A shares, as well as the Internet industry of Hong Kong / China General shares. When you're an Internet professional and read A market's reports about the Internet/media industry regularly, you'll find their concerns odd ——

Don't get me wrong, the hot spots are certainly a little reasonable. Cloud games, MCN、 telecommuting these topics, mainstream Internet companies are also exploring. A stock market also has some good growth, promising Internet companies (mainly game companies). But, uh,Generally speaking, the overlap between the "Internet hot spots" that A-share investors pay attention to and the mainstream of the industry is not high, which seriously tends to be short-term; sometimes it is outdated, sometimes it is too advanced.

What is the cause? If it is simply the personal and even moral character of A investors and analysts, it is too simple, too crude and too unfair. Unfortunately, many people, especially Internet professionals, do see this. A senior executive at an internet company I admired more than two months ago said seriously ," I don't like A analysts very much ."

Embarrassed because I was a A analyst, I was waiting for him to say "you're the exception ," but he did n' t say it at all. Life.

Seriously, the main culprit for the disconnection between "A-share Internet" and "mainstream Internet" is not the personal ability or moral quality of employees, but the following three issues:

First, mainstream internet companies can not, and then are reluctant to, list A shares.

In the last cycle, A-share institutional investors were scared by some Internet companies.

Consumer Internet companies do not conform to the "mainstream narrative" of the current A stock market.

Any of these problems can not be solved in the short term, so the "A share Internet" will also maintain the pace of decoupling and independent development from the "mainstream Internet ", and is likely to be increasingly marginalized. 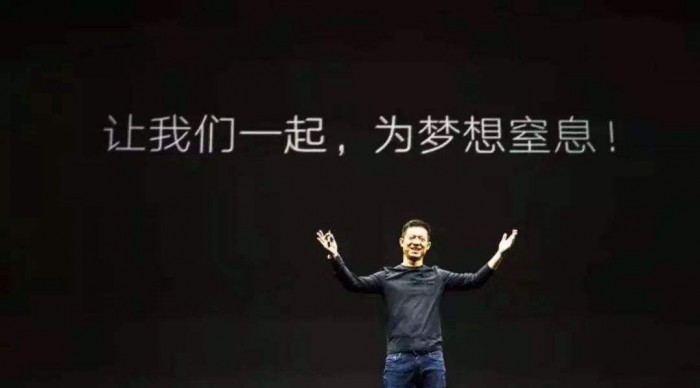 Internet companies that can meet the "three-year profit" condition in the early stage of starting a business are often content companies, especially game companies.

Unfortunately, A unit regulators hate the game, film and television industries very much, at least between 2016 and 19.My favorite second-order game R & D company, mihayou, has been queuing up since the beginning of 2018. It is clean and has good profitability. As a result, it seems that the meeting has not been held yet. In the second half of 2019, the regulatory authorities said they had no objection to the listing of game companies. However, since then, no game company has successfully listed in A-share by IPO.

As for the science and technology innovation board, it is prepared for the so-called basic R & D giants, such as semiconductor, communication equipment, enterprise software, which are "related to the national economy and the people's livelihood". Consumer Internet companies don't have to join in that bustle.

In 2015, due to the extremely high valuation of A-share media and Internet companies, zhonggai Internet company of the US stock did seriously consider privatization to go back to China for listing, and several of them also achieved success. However, by 2019, the valuation advantage of A-share media Internet sector has been basically eliminated - you can see more than ten times of P / e game companies, one time of P / b advertising companies and film and television companies. Some companies seem to have scary P / E multiples, in fact, because the profits are too low

For the mainstream Internet companies, there are too many troubles in A-share listing: issuing options (equity incentive) requires a long and painful review; the review of M & A activities is more strict; the review of refinancing is particularly strict; the dual equity structure is even more nonexistent. If none of the above can be done, what else can Internet companies do? Unless the A-share market can give a significant valuation advantage, unfortunately it can't give it for a long time.

So, the problem now is: in addition to content companies such as games, mainstream Internet companies can't and won't be listed in A-share; and A-share regulators particularly hate content companies, especially game companies. This is embarrassing.

Second, in the last "bull market cycle"(2014-15)Among them, the "local Internet giants" represented by LETV and Stormwind group have made institutional investors all around the world. 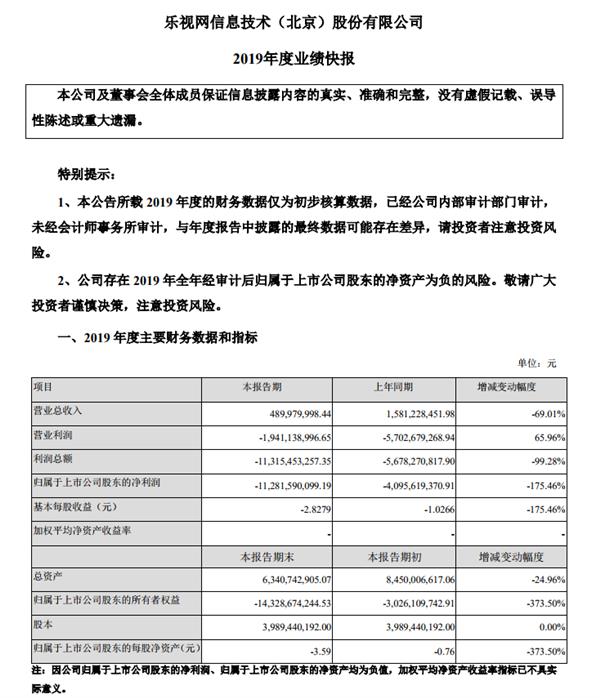 Except for a few investors who run away in time, investors in heavy position LETV have suffered from indelible pain in general. At that time, there were many A-share "small giants" and "small unicorns", from games to social, from e-commerce to sea, all inclusive. In 2016-19, the A-share media Internet industry experienced a huge bear market, almost every year, it reached the bottom three of the whole market. Almost all investors who dare to believe in the "local Internet myth" have been eliminated.

For example, "cloud games will eventually subvert all PC and mobile games", which can't be falsified in the short term, no matter right or wrong. Moreover, the technical route and business model of cloud games are not mature and uncertain, and the real market space cannot be estimated, let alone the profits of specific companies. These two exactly accord with the positioning of A-share investors in the media Internet industry: they are short-term speculation, and they will go after their addiction. No one wants to hear game companies talk about how strong their own self-developed IP is and how to make innovations in distribution. Everyone wants to hear the story of "cloud game trillion level market". 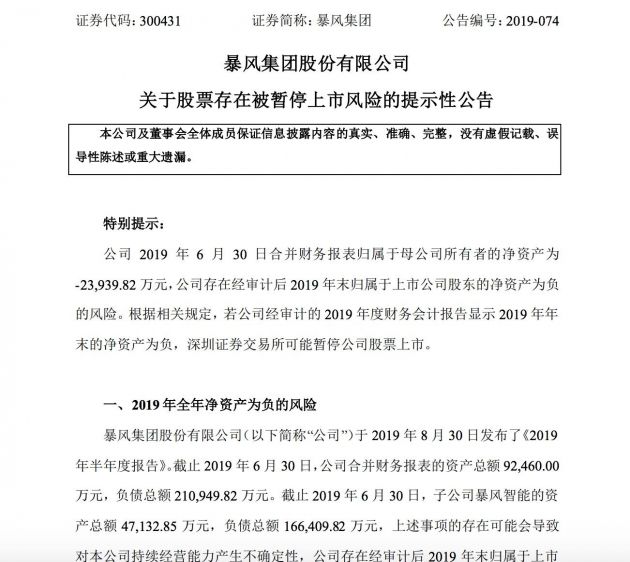 Finally, since 2018, the consumer Internet (the absolute mainstream of China's Internet industry) has not met the mainstream narrative of the A-share market.

Now the mainstream narrative is: independent safety and control, strengthen basic research and development, do a good job in 2B business, and strive to be the best in the world. Consumer Internet, no matter game, e-commerce, video, social networking or payment, does not conform to the above mainstream narrative.

In a wave of short speculation, a few A-share Internet companies have never entered the "core assets" list of A-share investors. It is understandable that core assets must conform to the mainstream narrative and the "macro trend" in the eyes of investors. The problem is that Maotai does not seem to conform to the mainstream narrative, so why can it enter the "core assets" list of all A-share investors? I don't know that.

Another question: while experienced A investors, the elderly who have had a bull-and-bear cycle, are familiar with A media internet industry's routines and wo n' t take short-term stories seriously, some less experienced people will fool themselves in.

Outwardly strong but inwardly weak, not only do they think that Tencent games are paper tiger tigers not authoritative, but also Alipay and WeChat can easily be overturned, even Iqiyi and B stations can be surpassed by a new and unknown competitor.

I remember that in 2015, I visited an online video platform with a model far larger than LETV (no name, just a few candidates anyway). At that time, LETV was still a hot company with a market value of 100 billion, one of the "batl" in the mouth of A-share investors. The people of that video platform said to me very seriously:

"LETV is not our competitor, it does not belong to our industry."

I was a little surprised to ask ," which industry should Letv network belong to ?"

Answer :" It belongs to A stock industry ."

Is that not the case today? How many "A shares hot Internet companies ", not belong to the Internet industry, but belong to the" A stock industry "? This is an interesting proposition, but I don't think anyone will study it seriously because the price is too low.

Related news
Internet Archive: recording the forgotten Internet
IPhone users call Android Internet Explorer on their phones
Microsoft stops supporting Internet Explorer 10 of Windows Server 2012
Hot news this week
Young people can't change their mobile phones one brother pressure in the channel inventory up to 50 million
Chinese mysterious female rich 560 million buy European luxury homes: the full amount of cash is paid at a time
Criminal gang candid courier list takes the money 8 people to be arrested
Do you make feed after Yi Lord? Zhenghong Technology M & A has mystery
The first pop -up shop in the United States opened, Bubble Mart opened the North American expansion plan
The goose factory is finally making a move on the metasverse?
The 560m Chinese woman who bought luxury homes has also been involved in JD.com's investments in Tuniu, Vipshop and Fafa Qi
With this charging treasure that can legal "stealing electricity", I don’t worry about the mobile phone out of power
Son's bet that ARM's listing will boost SoftBank's stock price?
Huawei Hongmeng has become! Many mobile phone manufacturers will follow up with Hongmeng OS technology
The most popular news this week
A large number of QQ numbers stolen official announced the results of the investigation
Tencent said major shareholders will sell their shares for a total profit of about 24.5 billion yuan
Born with a silver spoon in one's mouth, IE finally why can't escape the fate of being eliminated?
The first batch of meizu free battery replacement models are announced: Meizu 15 and other five models are listed
Meizu official celebrate Flyme 10th birthday: More surprises, wait for August
The first batch in the country! "Main Driving Unmanned" Autonomous Driving is approved
IPhone 14 revealed the earliest early August mass production Foxconn a large number of recruitment: on entry to send 5400
700MHz gold band! China Radio and Television wechat mini program launched
China Radio, Film and Television has officially announced that ZTE will be the first group to support commercial 5G broadcasting
Japan's chip industry has a 35,000 talent gap? Tech giants warn