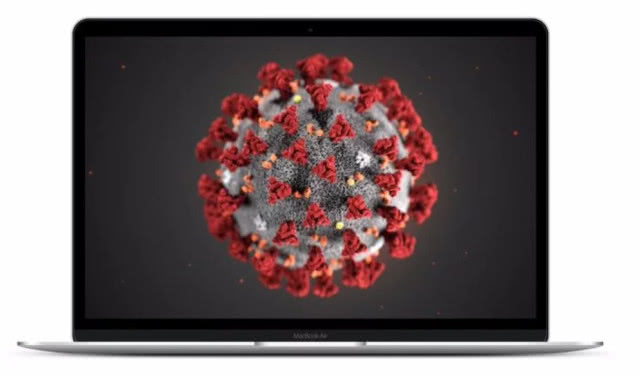 Tencent science and technology news, the new crown virus spread all over the world, more and more enterprises began to let employees work at home, which also increased the workload of several popular collaborative work or mobile chat software. According to the latest news from foreign media, on Monday, Microsoft teams software users in Europe reported that they had stopped visiting the service.

As part of social isolation measures to avoid the new crown virus disaster, as much of the world shifts to home-based work, internet-based employee collaboration and communication tools will prove critical to the company's ability to continue to operate smoothly, according to foreign media. And that's why Microsoft Teams Monday morning

On Monday morning, however, when many employees of European companies began to work at home through software, users from the European mainland flocked to Twitter to complain about the abnormal use of Microsoft teams.

According to some users, their problems in using Microsoft teams software mainly include: unable to create a new team, unable to modify team members, and problems in recording meetings and sharing screens.

According to reports, Microsoft's failure in the early hours of European time on Monday lasted for more than two hours. Later, the company solved the problem and the service returned to normal.

Like Microsoft's main software products, Microsoft's teams are mainly for the employees of the enterprise. They can carry out network cooperation office, facilitate the communication within the project team, control the progress of the project, and exchange file information with each other.

But during the outbreak of the new crown virus, Microsoft teams had another huge user base, that is, many schools and students around the world who started online teaching. A large number of teachers and students log in to the system, which also increases the background load, which will make the operation problem more complex.

In fact, Microsoft is taking advantage of this virus crisis to let more people experience their own collaborative office software. Last week, Microsoft released an enhanced version of its team free version, removing restrictions on the number of people joining teams and offering additional features that are usually reserved for paying users. In addition, the company also disclosed that it will provide a free trial of the high-end version of Microsoft teams for six months, which provides more powerful functions.

Recent data show that more than two-thirds of global corporate employees have worked at home at least one day a week, but with the new coronavirus epidemic raging around the world, it is likely that more people will continue to work at home at least for the next few months.

Some argue that this may eventually lead to a permanent change in corporate culture to the pattern of working at home (i.e. becoming a new normal). However, the tools and technologies to achieve this transformation need to demonstrate their value and service capabilities

Not long ago, Yuan Zheng, the Chinese founder of zoom, a video conference service provider, also said that the new coronavirus epidemic has brought many enterprises and employees into contact with remote home-based work. Even after the epidemic, home-based work will be welcomed by more enterprises and become an integral part of enterprise culture. (reviewed by Tencent technology / Chengxi)

Related news
Lenovo announces thinksmart view Microsoft teams videoconferencing solution
Global home work boom Microsoft collaboration software teams "strike"
Catch up with slack, snipe zoom, Microsoft teams is such a successful counter attack
To catch up with Slack、 sniper Zoom, Microsoft Teams is such a successful counterattack
Hot news this week
The company announced the shipment data of 2021 Q1: the proportion of Huawei fell to the sixth place in the world at 4%
Sony's third generation noise reduction experience: comparable to the strongest combat power of real wireless noise reduction headphones
Henan satellite TV "Dragon Boat Festival wonderful tour" full version popular all over the network: netizens call content amazing
New people to do "new" business: preparing for the battle with Zhang Ying, a peach farmer in Yangshan
In depth cooperation with Huawei real hammer! BYD open recruitment of "Hongmeng development engineer"
An 18-year-old Japanese female painter is popular, and her painting level of mobile phone software is beyond imagination: beauty makes netizens sigh
In 618, big promotion came, beware of the trap of cheating by taking advantage of the official SMS of charging companies' platforms
Dragon Boat Festival colorful Luoshen amazing interpretation of underwater flying netizen: too beautiful, lost the language
Can you travel around the world without leaving home? Jingdong 618 Jingdong International gives you a fancy "flying" strategy
During the period of 618, Jingdong will issue a total of 10 billion consumption vouchers, which have benefited consumers in 14 places such as Beijing and Zhejiang
The most popular news this week
Yixin technology won the honor of "2020-2021 (4th) China IC unicorn"
Which brand of vacuum cleaner is better? Who should buy vacuum cleaners and floor sweeping robots at the same price?
Shenzhou Wentian wechat adds time limited status "rush"
A moment in history! The successful launch of Shenzhou 12
Airpods 3 will be launched this year! Apple executives hint: it may integrate the bracelet function
The first man after Bill Gates! Microsoft CEO NADELLA will also be chairman of the company: the first time in 20 years
Domestic mining fails Huaqing: the price of graphics card is falling
The couple's "love insurance" was refused when it was due
Good news! 360 government enterprise security group won the bid of 236 million yuan national network security industry base major infrastructure group project to build Zhengzhou security brain
Peng Xiaobo: China's rocket launch cost may be lower than SpaceX in 2025