How does Baidu "break the circle" when face recognition hits the wall?

This spring, face recognition encountered a little trouble. An epidemic has made people wear masks. No one would have thought that the first one to be affected is apple mobile users.Since Apple has been using face ID to unlock mobile phones since iPhone x, face id also uses 3D face recognition technology with high security. Recently, many apple mobile phone users said that "after wearing masks, mobile phones are not easy to use". There are even a lot of teaching videos on the Internet, teaching how to train your iPhone and let your iPhone know you wearing masks.

The training results vary from person to person. Some bloggers also said that they failed to let their "silly son" know who they are wearing masks hundreds of times.

After returning to work, face recognition hit a wall

In recent years, with the increasing maturity of face recognition technology, related products have been widely used in domestic scenes such as hotel registration, station crowd screening, company attendance, etc. Taking attendance of the company as an example, according to the relevant industry survey data in 2018, the shipment volume of face recognition attendance machine has exceeded one million.

However, in 2020, an epidemic made people wear masks. After the mask became a national "just needed", it began to be out of stock frequently. When you returned to work years later, you found that the face recognition attendance machine you thought was very high-tech at the door of your company did not know you wearing the mask at all. 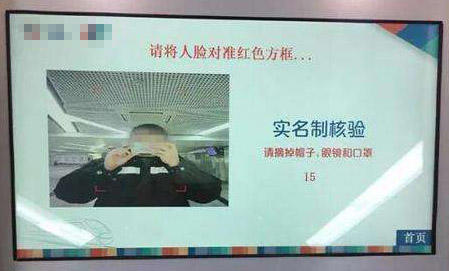 In fact, wearing a mask is a large area occlusion problem, which is a recognized problem in the field of face recognition. There are three main difficulties:

Based on this discovery, the method of spatial location-based attention mechanism feature learning is used to fully obtain the identity information of face wearing mask.

Feature learning of attention mechanism based on spatial location

Because of the change of face pose and the difference of image distribution in different scenes, the traditional method of superimposing mask images directly on the face can not simulate the real face images in real scenes. The experimental results show that the effect improvement is very limited. Therefore, baidu vision team adopts the 3D image fusion technology based on the key points of face, which not only solves the problem of mask deformation and occlusion caused by the change of face posture, but also produces more natural and real photos. Finally, by collecting all kinds of color, size and style of mask pictures on the market, baidu vision team integrates with the previously accumulated face pictures without masks, which is fast A large number of real training photos with masks were synthesized. 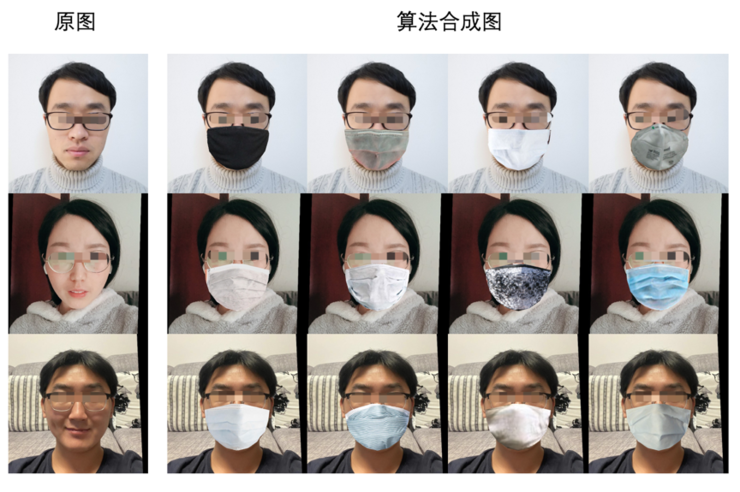 On February 21, baidu vision team completed the research and development and optimization of "face recognition algorithm with mask", which was then applied to Baidu park.

Baidu vision technology, will it be someone else's child

As one of the AI technologies with high commercial value, computer vision is not only closely watched by internet giants, but also closely pressed by many AI Unicorn enterprises.

Baidu's computer vision technology capability and related products are all built on this platform. In the process of developing the face mask recognition algorithm, the training database based on Baidu PaddlePaddle (PaddlePaddle) has been trained by using the large scale Classification Library PLSC of Baidu PaddlePaddle (ID). A high-performance face recognition model is proposed, and the rapid deployment of cloud and mobile terminals is realized by using paddlelite. And on February 13, baidu announced the first open-source face detection and classification model of face masks based on paddle in the industry. This model can effectively detect all faces in densely populated areas and judge whether they wear masks. At present, it has been open-source through paddle paddlehub.

It can be seen that Baidu vision technology and its R & D team have become children of other families, who are promoting the continuous commercialization of computer vision in various industries.

"Eat by face" will come

Before that, how to make the adaptability, maturity and security of visual algorithm to the extreme in the complex environment still depends on the long-term polishing of each R & D team and open source power.

Related news
How i got my husband back after breakup
@!!FROM 18-70YEARS/Call king@+27715451704 HOW TO JOIN ILLUMI
HOW I GOT MY EX BACK WITH THE SPELL OF DR EROMOSE THE GREAT
HOW I GOT MY EX BACK WITH THE HELP OF DR.EROMOSE THE BEST SP
Lost Love Spells: How to Cast a Love Spell on My Ex
How to stop a divorce
HOW TO JOIN ILLUMINATI +27717917137whatsapp
Hot news this week
The developer of the dating app Tinder has reached an agreement with Google over billing rules for its app store
Still did it! Canada has banned Huawei and ZTE from participating in the country's 5G network on "national security" grounds
Red Elf Lightning erupts in the Himalayas Spectacular Spectacle: Experts Reveal What Exactly Is This?
The founder of the Internet Quick Hand Su Hua was taken away for investigation, and the fast hand responded: the news was not true
Wang Xiang, president of Xiaomi, explained that a shortage of low-end chips is a major challenge in overseas markets
Or for Studio Display Pro, the release of Apple's 27-inch Mini LED-backlit Display has been delayed by October
Tencent Q1: The business service business has "slightly decreased" year -on -year, and resource centralized video cloud and network security | View financial report
One picture to understand! Blue Factory has issued 3 new machines in a row: self-developed chip blessing, the narrowest lower border
Sony released the active noise-canceling headphones WH-1000XM5, equipped with 2 chips and 8 microphones
Tencent established a smart technology company in Chengdu, and its business scope includes Internet data services
The most popular news this week
How does the Internet make People Copy each other
Fed Vice Chairman: The future digital dollar may complement the coexistence of stablecoins and commercial bank currencies
ZHANG Pingan, CEO of HUAWEI CLOUD: The value of data governance in China has not been fully tapped Data and AI should be accelerated
Shenzhen Atmosphere! The sales price of mobile phones, computers and other products is subsidized by 15%
Microsoft shows third -party components: Win11 chicken rib function is saved
No need to grab it! Sony announced an increase in PS5 shipments
Audi advertising poster photos only sell for 8 yuan? Photographers question the unreasonable use of the photo purchase
Twitter spent $150 million to settle privacy and security lawsuits with the U.S. government
Hong Kong Hang Seng Index Opens 0.5% Baidu Hong Kong Stocks Open More Than 2%
Amazon's new CEO participated in a shareholders' meeting for the first time: to restore normal profit, ready to cut off the excess warehouse