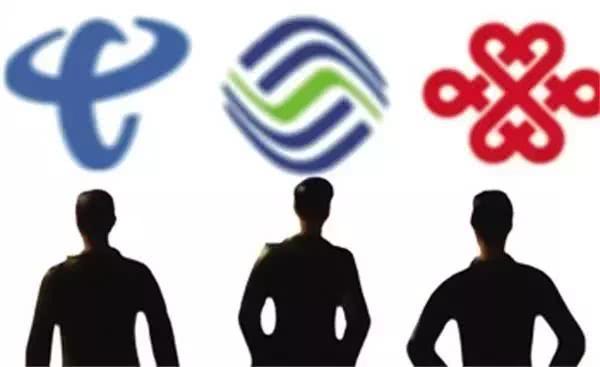 According to the standard conversion of China Mobile's investment of 24 billion yuan to build 50000 5g base stations in 2019, the current cost of building a 5g base station is about 480000 yuan. That is to say, in 2020, the investment scale of the whole Chinese operation market in 5g main equipment will reach 260-290 billion yuan.

Marked by the issuance of 5 licences by the Ministry of Industry and Information Technology to China Mobile, China Telecom, China Unicom and China Radio and Television on June 6 G 2019, China's five G of firing shots have been fired. With this as the dividing line, the construction of five pilot commercial networks G Chinese operators in the first half of 2019 and the construction of five networks in the second half of 2019 have made great changes in the competition pattern of communication equipment manufacturers in the Chinese market.

China Mobile was eager to announce its five G licence on June 6,2019

This round of procurement is actually divided into three parts: core network upgrading to 5g, (access network) 5g phase I wireless project and 5g terminal (test version). Among them, in the related procurement projects of core network upgrading to 5g, worth about 200 million yuan, Huawei, Ericsson, Nokia and ZTE won 219 sets, 153 sets, 56 sets and 22 sets of MME equipment, as well as 369, 231, 60 and 21 sets of sae-gw equipment. However, the operators mentioned above remind reporters that the core network part of this round of bidding is mainly the upgrading and transformation of the original manufacturers' equipment in China Mobile 4G core network, that is, which manufacturer the original 4G core network equipment belongs to, and which manufacturer is still promoting this round of upgrading.

China Mobile did not disclose the details of winning the bid for the 5g phase I wireless project (access network), which is the most valuable (about 19.2 billion yuan) in this round of bidding.

By December 2019, China Mobile has launched another bidding for SPN (sliced packet network) 5g bearer network involving 26 provinces. The bidding results involving about 10 billion yuan have been released on March 10, 2020, among which Huawei, Fenghuo communication and ZTE have won 54.81%, 32.50% and 12.69% of the bidding shares respectively.

ZTE may be the biggest beneficiary

Judging from the distribution of domestic five G bidding shares in 2019,Huawei is undoubtedly the biggest winner among them. ZTE may not have reached expectations, because in the past ZTE's domestic market share was close to 25%, while the industry generally believed that ZTE's share in the domestic five G market should be between 20%~30%, indicating that ZTE still has room for improvement at home. Foreign firms such as ericsson and nokia are further squeezed in china.

At present, China Mobile has started the collection of the main equipment of the second phase wireless access network in 5 G 2020, involving 28 provinces, autonomous regions and municipalities directly under the Central Government, with a total demand of more than 230000 five G base stations, with a total tender amount of up to 46 billion yuan. China Mobile's goal is to ensure that the number of five G base stations reaches 300,000 by the end of 2020. China Telecom and China Unicom also recently announced an estimated 250,000 base stations

Industry insiders pointed out that the total purchase plan of the three major operators in this round is close to 500000 5g base stations, and the purchase amount of base stations alone in this round will exceed 100 billion yuan, which has a great impact on the global communication equipment market.

In the industry's view, domestic operators of the main equipment bidding has been using a strategy of about three, this not only to prevent a single equipment company to dominate, but also to avoid excessive suppliers may cause the late operation and maintenance pressure. The person further analyzed that China Mobile's current round of bidding in most provinces is basically a continuation of the adopted

Based on the Dell of foreign consultants

The analysts said that in terms of global market share in 2019, it was not easy for Huawei to remain the world's first share under U.S. ban pressure; ZTE has recovered slowly from the 2018 U.S. sanctions, and its global share has risen, and is expected to follow suit in the next few years; and Ericsson, Nokia, and Cisco's failure to expand their global market share in face of sanctions against Chinese manufacturers is clearly a failure, and this trend is likely to continue in the current five G global competition.

Related news
The new HUAWEI MateBook E evaluation: light office era self-help green paper
Hot news this week
Apple's share price has been hit hard: 5g iPhone may have to wait more than a year
2.33ghz Sony ps5 with AMD chicken blood optimization
Sony set up a $100 million global rescue fund to fight the covid-19 epidemic
HP releases the energy 17 upgrade with 10 generations of core processor and 17 inch 4K display
Us zoo confirms a tiger positive for new crown virus after pet cat
Huawei's new machine exposure: 55 times of ultra far zoom is better than P40 Pro
Intel is expected to release comet lake-s desktop processor by the end of this month (Figure)
Samsung is about to release its first financial report of this year: the decline of mobile phone sales is a foregone conclusion
Samsung electronics develops its own foldable mobile screen to reduce the cost and meet the demand
The CEO of Tencent chenghuya, the largest shareholder, wrote that the company maintained independent operation
The most popular news this week
In 2020, Xiaomi should do a good job of "choose one of the two"
Microsoft's team performance: over 2.7 billion minutes of one-day meetings (Figure)
Intel: there will be a new 10nm process chip this year, 7Nm is expected to be launched in 2021
After Huawei, the U.S. set foot on China Telecom: asking the FCC to revoke its business license
Try 5 models! Huawei Nova 5 series starts the recruitment of emui 10.1 internal test
Samsung's new tablet Galaxy Tab S6Lite surprise :2400 for a 10-inch parity iPad Pro"
The Tesla Berlin superplant stopped construction and had to modify the foundation due to soil problems
Sony's 4.98% stake in First Line |B after Sony's $400 million strategic investment
Is this ps5 compatible? Microsoft's ambition is to let the new Xbox run Xbox one games
Lenovo Razr blush gold release: price break or listing in China