Armani, Alexander Wang into the Tmall, luxury goods under the outbreak ushered in online store boom

A luxury brand Alexander Wang the last time widely watched, was a cross-border association with McDonald's

Behind the choice of China and the layout of e-commerce is China's increasing contribution to the global luxury sales share.

According to bain, global luxury sales reached $310 billion in 2019, with china contributing 35%. According to the annual report of luxury digital marketing watch, published by the Fondazione Altagamma of mckinsey consultancy and the italian luxury goods association, online sales of luxury goods will increase to 12% by 2020 and 18% by 2025, making e-commerce the world's third largest luxury market after china and the us. Specifically to Chinese e-commerce, in 2018, the online turnover of Chinese luxury goods was $5.3 billion, an increase of about 37% over 2017, accounting for more than 10% of the sales share of China's luxury goods market.

As a giant of domestic e-commerce platform, tmall's luxury brands can't be bypassed. Alexander Wang was just one of the members of tmall's army during the epidemic period. With the luxury brands that Alexander Wang had settled in tmall, Prada, Cartier, Giorgio Armani and Miu Miu followed. At the same time, JD also welcomed the luxury brand Delvaux in early March, which is the first online flagship store of Delvaux. 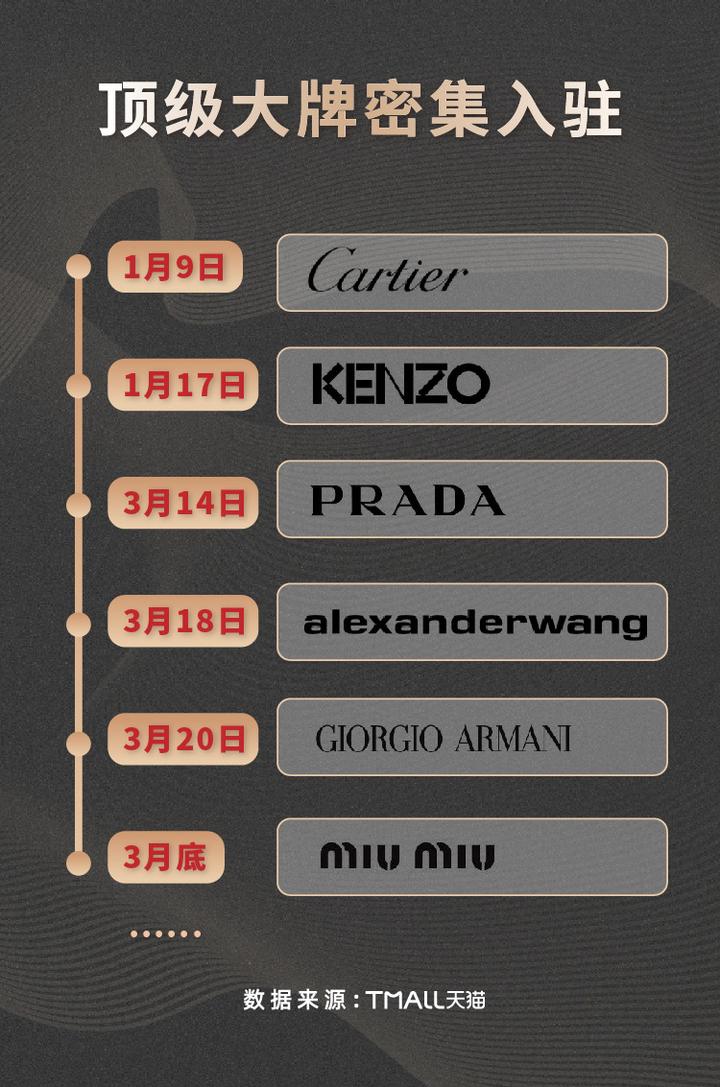 Luxury brands are developing e-commerce business. Accordingly, e-commerce platforms will not give up the big cake of luxury market.

Prada and Miu Miu, who opened their shop in tmall, are not the first to enter the Chinese market. As early as June 2019, Prada and Miu Miu, affiliated to Prada group, have taken the lead in settling in the domestic luxury e-commerce platform Temple library, and then opened a flagship store in Jingdong. Behind this is the layout of the domestic e-commerce platform entering the luxury market.

China's ability to consume luxury goods has repeatedly proved that the outbreak may have accelerated this multi-pronged luxury e-commerce layout.