GTC 2020 graphics technology conference was largely cancelled because of the new crown epidemic, NVIDIA the next generation of graphics cards have been greatly delayed, rumors for a long time

Normally, we will see new models such as RTX 3080 and RTX 3080 Ti in the next generation of products, but it seems NVIDIA intends to take an unusual path. 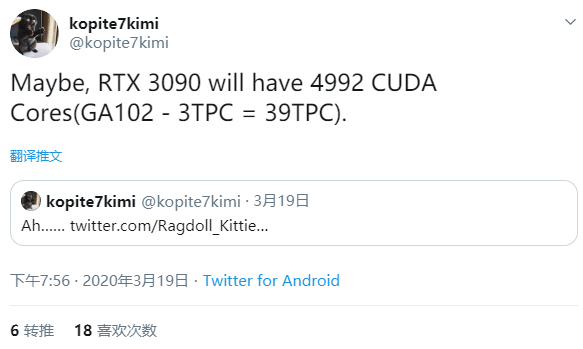 According to the latest information obtained by @ kopite7kimi, a reliable source of information,NVIDIA's new generation of high-end graphics cards may be called RTX 3090, which is originally supposed to be RTX 3080 ti. The core code is ga102. It provides 39 TPCS, 78 SM units, or 4992 CUDA cores.

Like many of the first flagship cards in the past, the RTX 3090 did not play the full strength of ga102,In fact, the full blood version has 42 TPCS and 84 SM units, with a total of 5376 stream processors.

Of course, what kind of strength amd big Navi core has is still unknown. Rnda 2 architecture is brilliant on Sony ps5 and Microsoft Xbox series X, but the corresponding desktop graphics card is still a long time away. 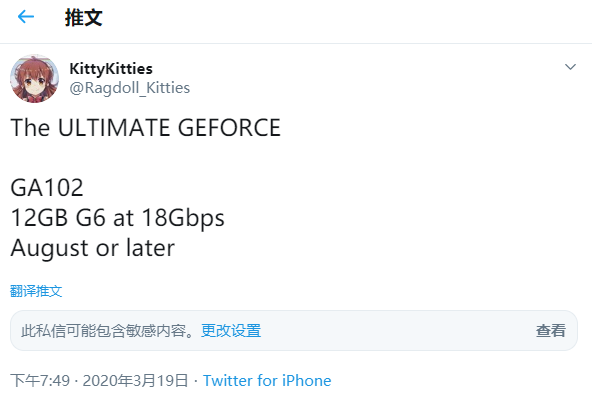 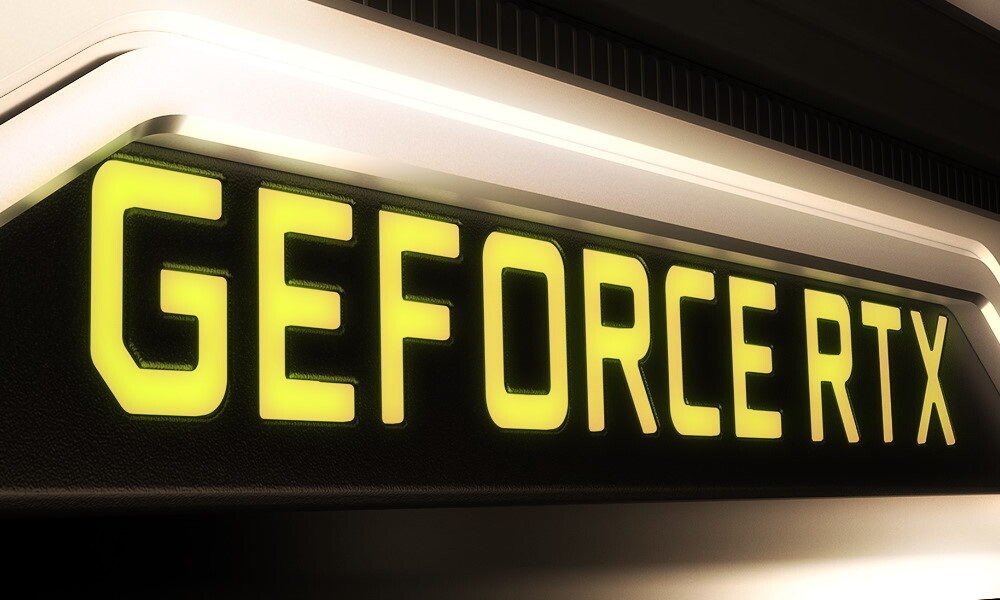 Related news
NVIDIA RTX 3090: 4992 stream processors, 12gb gddr6 RAM
NVIDIA mx450 notebook display low-key release: optional gddr6 video memory, first-time PCI 4.0
Why is the RTX 3080 graphics card only equipped with 10GB memory? NVIDIA: don't want to raise prices
The most conscientious n-card in ten years! NVIDIA RTX 3080 launch evaluation
NVIDIA provides the RTX 3060 with 12gb of video memory, but the RTX 3080 has only 8GB
2999 yuan, the best sweet card! NVIDIA public RTX 3060 Ti disassembly
NVIDIA RTX a5000 / a4000 new card exposure: facing graphics workstation
NVIDIA RTX 3090 quietly changing core: core number can be polished
Hot news this week
Biden signed a chip and scientific bill, a video call of WeChat iOS internal test suspension window, the advanced CPU caused Win11 to be difficult to use, Huawei new machines enter...
Text message color, picture quality compression! Google calls out Apple for improving cross-device messaging
Alibaba: Shareholders SoftBank will settle in advance for advanced payment in advance involving a maximum of about 242 million ADR
How to regulate the "broken card" operation to crack down on electrical fraud to prevent "accidental injuries" with cards?
Musk's eyes! Lei Jun released a full -size humanoid robot Xiaomi self -developed strength explosion table
Japan has confirmed that China has overtaken the US for the first time in the world's top three indicators of scientific papers
SoftBank Group announced the early settlement of up to 242 million forward contracts for ADRs in Alibaba, reducing its stake to 14.6 percent
iPad 10 will be absent from iPhone 14 conference: October appeared on Apple's last non -comprehensive tablet tablet!
Kuaishou TOB business Yu Bing: Self -developed chips or mass production after the end of the year, the video must be turned into light industry
The three major indexes of the US stocks opened sharply: ROBLOX fell more than 4%, Twitter and Tesla rose more than 3%
The most popular news this week
Put an SSD in your phone: from 2,499 yuan
China's largest general purpose drone! The first five flights were successful
IPhone 14 to be released alongside Huawei Mate 50: Which bangs do you choose?
Tencent's agent of the Russian war online game announced the suspension: Customs Customs in October
Will the heat this summer cause the winter to be extremely cold? Expert science
New Intel NUC Mini! First time with Core P 12 and a castrated version
Lenovo and Motorola are involved in the case! US ITC launched 337 surveys on mobile electronic devices
Apple excludes RCS from iMessage iPhone users miss out on 5G messages
Can the Bayeng government smashing the billions of dollars to subsidize the new energy vehicle market, can the goal of "Made in North America" achieve it?
Windows 12 new picture is here: Feel it in advance