How HuaweiP40? can we see tonight The 10 times stand - by lens will be a kille

Tencent technology news (bread) at 21:00 p.m. on March 26, Beijing time, Huawei will hold a new product launch in Paris, France. Huawei has officially announced that P40 will be released at this launch. In the past two months, almost all mainstream mobile phone manufacturers have launched their flagship products in the first half of the year, and Huawei became the flagship mobile phone that finally appeared in March.

The P series, one of Huawei's two flagship series today, has always been based on stylish design and excellent image systems, and Huawei has warned in previous campaigns that this year's P40 series will give users an unprecedented photo experience, and the new lens technology must be our concern. At present about this mobile phone exposure has been very much, can see in this evening's press conference what more bright spots, we did a simple combing.

Tencent News will broadcast the P40 Global Conference of Huawei live at 21:00 p.m. on March 26. Welcome to watch it at that time. 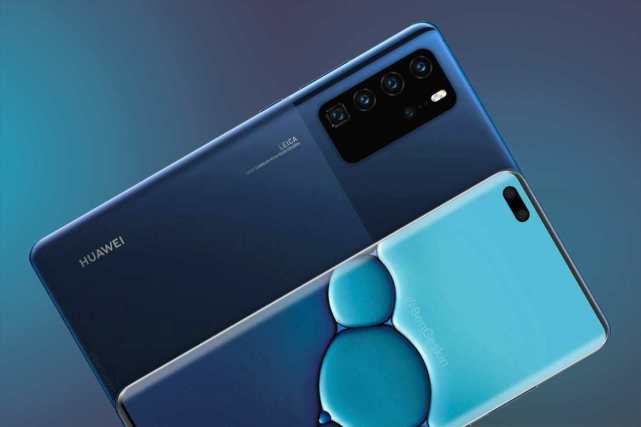 Since the launch of the P series ,Huawei has never had a precedent for the launch of three products, more in the form of Lite, but the Lite version of the series is in fact completely different from the orthodox P series.

This tradition has been broken this year in P40 series, and it is almost certain that Huawei will bring three P40 products ,HuaweiP40、P40Pro and P40., to the press conference this evening Huawei is another company that has adopted this strategy after apple and samsung turned their main products into three models. 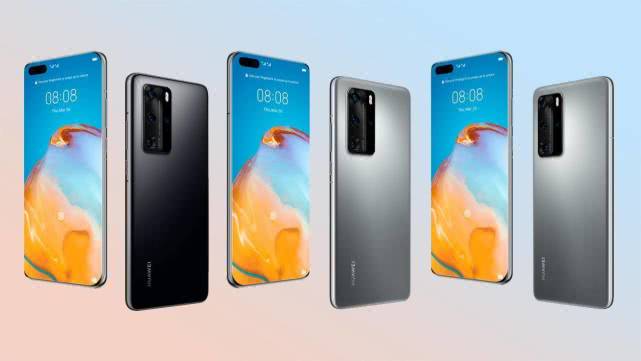 Huawei will use different body sizes and different product positioning on P40 three products, according to the current revelations in German media WinFuture.  are told P40 will have a 6.1-inch screen, P40Pro a slightly larger screen, reaching 6.58-inch, with both phones at FHD levels of resolution, the difference is that there may be 90 Hz refresh rate screens. The other difference is that P40 will use a traditional 2.5-glass screen panel, while P40Pro will use a four-sided glass screen panel.

With P40Pro, well-known revelations @ Roland Quandt tweeted some of the features of the machine, be equipped with a 120 Hz refresh rate Hz refresh rate screen, the same size as the HuaweiP40Pro. And that means HuaweiP40 series

In terms of fuselage material, P40 may give up the plain leather material used in mate30 because P series is mainly fashionable. It is rumored that P40 series will be available in two different materials, glass and ceramic.

Moreover P40 the series will fully support dustproof and waterproof, P40 will reportedly support IP53, and P40Pro will support IP68..

P40 series this time will usher in the lens part again big innovation. P40、P40Pro and P40Pro will have three, four, and five rear cameras, respectively, according to information currently exposed. All three will have a new 50 million-pixel main lens, with a 1/1.28-inch phone lens sensor, the largest area to date, supporting dual-pixel focusing and four-in-one pixel technology. The difference is that P40 main lens does not OIS optical anti-shake, while P40Pro and P40Pro have the optical anti-shake technology. 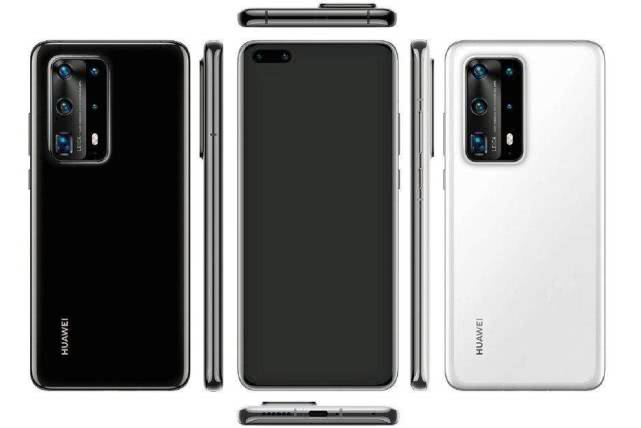 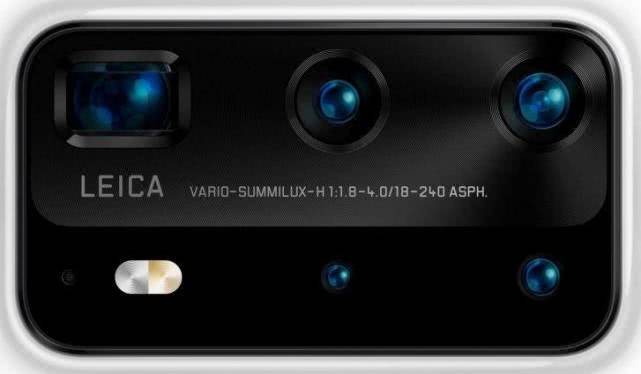 P40Pro this is the boldest lens design of the three phones, which have an innovative 10-fold optical zoom periscope lens. Tianfeng international analyst guo gave some clues in the analysis ,Huawei created a new periscope lens structure for P40Pro, by placing the newly designed rhombus mirror and the newly adopted two mirrors to extend the refraction path of light in the periscope telephoto lens to achieve a single lens 10 times optical zoom characteristics. Prior to P40Pro, periscope lenses were typically only five times larger, and if rumors were true, it would HuaweiP40Pro be the first phone to carry a 10-fold straight-out lens.

With the exception of the periscope lens ,HuaweiP40Pro also has a 40 million pixel movie lens like P40Pro, a human lens and a ToF lens. There are also rumors that P40Pro will have multi-lens OIS anti-shake support, enhanced handheld and dynamic shooting performance, and the phone will continue to use the previous Mate 30Pro's first 7680 frames of ultra-high speed photography technology.

Universal 5 G/WiFi 6 to get a city

Of all the predictions, I'm afraid the one without suspense is the processor. The three P40 mobile phones are bound to be equipped with Kirin 9905g processor. This processor appeared together when mate 30 released last year. After experiencing the problem of capacity, it has been mass-produced. Therefore, the whole P40 Kirin 9905g system should no longer be a problem. 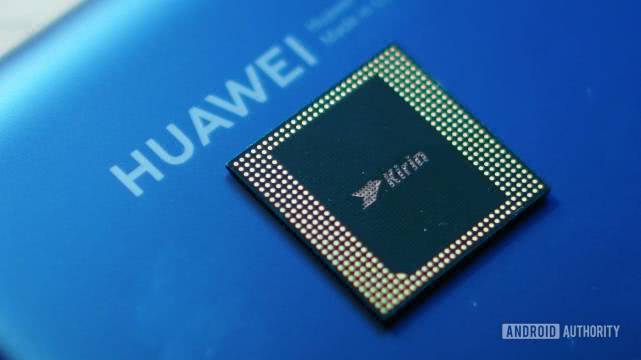 In terms of memory, it is rumored that P40's running memory will start from 8GB, with 8 and 12gb options, while storage space has 128 and 256gb options, supporting Huawei's self-developed standard expansion card. Of course, it is not ruled out that Huawei may create a separate "emperor version" for the Chinese market. After all, P40 is definitely a global mobile phone, and Huawei will definitely adjust its response strategy for each market. The previous P30 and mate30 series have been customized specifically for the Chinese market.

One noteworthy hardware point is WiFi 6. Before that, Xiaolong 865 has realized the support for WiFi 6. Competitors including Xiaomi and Samsung have publicized WiFi 6, a new wireless network technology, when the new phone was released. Unfortunately, the mate 30 series released last year doesn't support this technology, which is why Huawei's "own WiFi 5 is faster than logarithmic WiFi 6". But obviously P40 won't crash on WiFi 6.

Huawei have announced at the previous press conference that they have introduced a brand new WiFi 6 technology, compared with the WiFi 6 has made improvements in two aspects, one is end-to-end support 160 MHz ultra-wide bandwidth, the other is dynamic narrow bandwidth technology. And believe in this evening's press conference, this wireless technology will be Yu Chengdong re-push one of the functional points.

Potential concerns may be batteries and systems

Judging from the present ,HuaweiP40 series is certainly another explosive, which is almost certain, with Huawei brand influence, excellent product power and marketing capabilities, P40 series is at least the global sales of 20 million start? But there's a lot to worry about.

This year, almost all competitors are increasing the battery capacity of mobile phones to cope with the high power consumption brought by 5g and high screen refresh and high resolution. The hidden worry of Huawei P40 in battery capacity may be a relatively large short board of its products. However, the battery is small, but you don't need to worry about the charging speed. Last year, the 40W fast charging used by Huawei in the mate30 series will definitely appear in the P40 series. In addition, according to the Internet, the P40 may have a breakthrough in wireless charging technology. 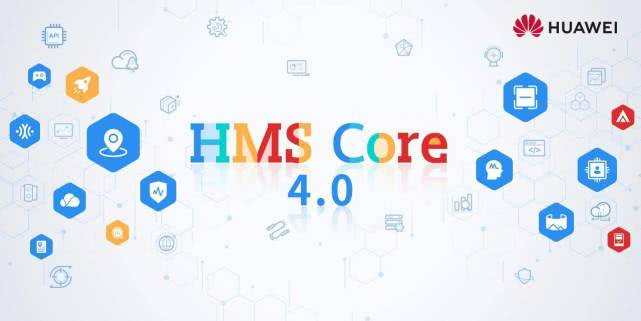 Another problem is GMS. Now it is almost certain that Huawei will not be able to use GMS in P40 series, and will continue to promote its own HMS service. There are both hidden worries and opportunities. Last year, Huawei's share in overseas market declined due to the lack of GMS, which is an indisputable fact. But it also made Huawei decide to promote HMS in overseas market. According to an overseas survey, many European users are worried about Huawei's inability to carry GMS, but many also say they can not use Google's services, which really gives Huawei a great opportunity.

According to the official pictures, the watch GT 2 is not a new product, but the new color of the 42mm dial version released last year. There are two models in total, one is pink and the other is white, and the dial uses the gold color. 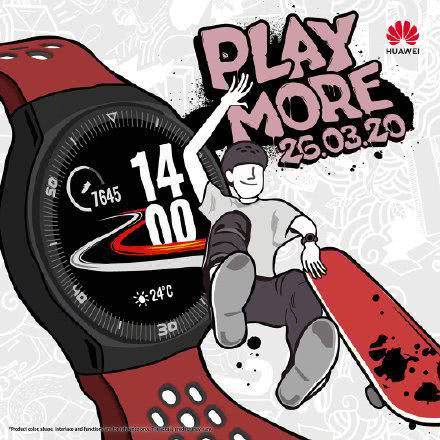 The other Huawei smartwatch is Watch GT 2e a brand new product, and according to current online revelations, Watch GT 2e will be a sport-focused smartwatch, possibly equipped with an e-ink screen, enhanced endurance, and more evolution on motion monitoring.

Besides the new product, the other point is DxOMark.. Many people, I believe, are as concerned about this issue as I am. Last year P30Pro dominated the list for more than half a year, until Mate 30Pro came out to give the first title to his brother. Huawei have the courage to describe the phone as "fully evolved" in the early days of P40 series, and certainly have full confidence in the ability of the camera. There are now rumors that Reed P40Pro's DxOMark score has been available, it is very likely to be announced at the press conference this evening, and the score is likely to exceed 130 points. 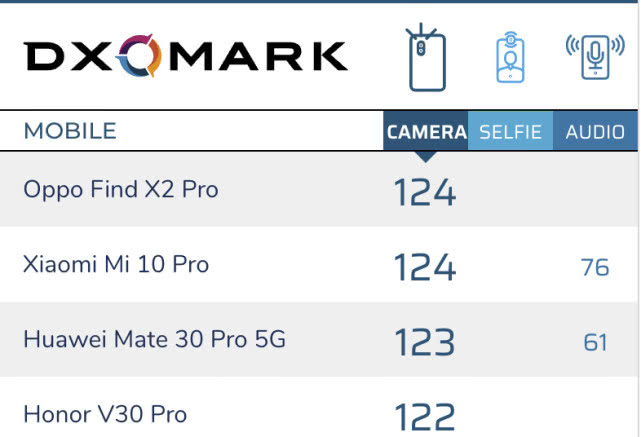 Now DxOMark the first point of the phone lens part belongs to Xiaomi's rice 10 Pro and OPPO's Find X2Pro, score of 124 points, if Huawei can make the score exceed 130 points, it is really enough for competitors to catch up for a while.

Huawei has done a very good job in the confidentiality work of this conference. We have no information about products other than P40 series and watches. At the same time, there are different opinions about P40 related information. Some of them have to wait for 9 o'clock tonight, and Huawei's press conference will be officially announced for us.

Related news
How do you fight Facebook?
Huawei P40 series features a variety of protective shells, which are specially designed for games and diving!
In 2020, it's worth starting with the flagship mobile phone to attack Huawei P40 series of beauty strength dual Online
See, see, know! What kind of spark does Huawei P40 series have with Wang Chaoge?
How can i get rid of Herpes outbreaks and symptoms (+2348163
Hot news this week
Is Hongmeng OS Android shell? HUAWEI Wang Chenglu: Tucao people do not make complaints about what is open source.
Netizens said that the ps5 host has been cracked: it is able to mine and calculate the power of super high-end graphics card
Tencent publishes the title party recognition patent for the first time: Based on Artificial Intelligence
I'm hiking in the tropical rain forest of China with apple watch, but my sports record is the last thing I care about
Xiaomi's new patent exposure: four shots are distributed in the four corners of the mobile phone, which can realize 3D photography
The internal test of flyme 9 of Meizu 16 series was launched at the end of April: design, privacy and function upgrade
Ma Yun bought the invention of scanning code to pay several 80s will ring the bell: an estimated value of 54 billion
Three years in vain! Sun, a programmer, compensated Tencent 976000 yuan and returned 158000 yuan for violating the competition agreement
Tencent document online mind map and flow chart, using structured thinking to achieve information management
This year's first big West Mercury show will be held on the 6th! Feel the true face of the smallest planet in the solar system
The most popular news this week
Samsung has registered "Galaxy Z" trademark
Huawei's cheapest real wireless noise reduction headset freebuses 4I first sale today: 449 yuan
The report said that Russian intelligence forged news websites to spread the wrong information about the new vaccine
From March 1, will wechat start charging for good morning and good morning pictures? Official response
Do you charge for sending such pictures on wechat? Here comes the official response
150 people have been cut in two years! Google understands how much it costs to play games
Huawei's P50 release time is suspended at the end of April: new tablet comes on stage simultaneously
Linux kernel 5.11.4 release adds support for some mainstream hardware
Samsung releases 2021 49 inch G9 super curved display: upgrade Mini LED screen, double brightness to 2000 nits
Sony drift to PC?