SpaceX have put more than 350 Starlink Internet satellites in orbit 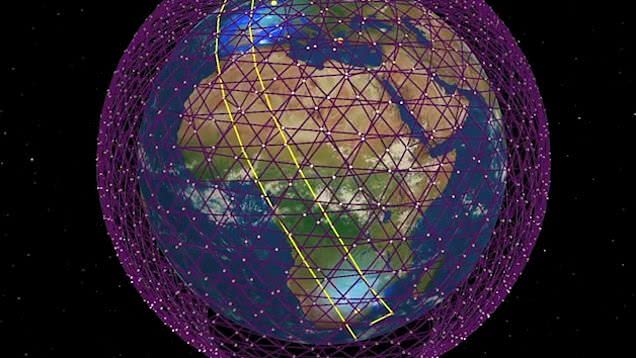 Tencent technology news, according to foreign media reports, space exploration technology company SpaceX has been busy building its Starlink satellite constellation. By now, the company has put more than 350 Starlink Internet satellites into orbit. but now it has another critical hardware approval: user terminal.

The United States Federal Communications Commission FCC (the United States) has reportedly approved the SpaceX launch of up to 1 million terrestrial user terminals required to operate its satellite Internet project.

Approval was obtained almost one year after the SpaceX's request and was valid for 15 years. FCC approved message was announced in an announcement on 18 March, which is a comprehensive license covering the operation of up to 1 million fixed ground signal receiving stations that will communicate with satellite systems.

Starlink project aims to provide global Internet coverage. At present, we rely on satellites located above the earth to transmit Internet signals or connect them to our homes and businesses through cellular towers and cables. However, these two options are not always effective, and remote and rural areas are often not covered or can only be forced to rely on slow Internet services.

Musk's goal is to change that. By operating satellite constellations in near-Earth orbit, SpaceX want reliable Internet coverage at affordable prices. Initially, small-scale satellite broadband networks will reach 1,584, with the possibility of an additional thousands. As of now, the company has obtained FCC approval for 12,000 satellites and may eventually seek permission to launch an additional 30,000 satellites.

But this is not the only satellite internet program. OneWeb and amazon have similar constellation plans. OneWeb is also a space hardware equipment company. It has launched two satellites ,34 each. It also launched its first six satellites in 2019. Its initial constellation is expected to consist of 650 satellites. However, the company has recently encountered some financial problems. According to a recent report, OneWeb are considering filing for bankruptcy.

so will SpaceX need more user terminals? One million user terminals sound impressive, but it's not enough to cover all American households, let alone the whole world. But that's fine, as mr musk says the company's current target coverage is the hardest place for traditional telecoms companies to reach.

The project is not expected to have many customers in major cities because its bandwidth is not high enough. But access to the internet is crucial for those who do not currently enjoy it. According to a report released by the United Nations in 2018, only about 58% of households worldwide have access to the Internet. (Tencent Science and Technology Reviser / Music School)