HuaweiP40Pro quick review: a year ahead

On March 26, Huawei launched P40 Series in Paris online, France. As a high-end series of Huawei, each time Huawei's P series product is released, it brings new technological innovation and leads the mobile technology for one year.

And at this press conference ,Huawei even more one-stop three mobile phones

One ,HuaweiP40Pro its location is similar to samsung S20Ultra, whether configuration or parameters, each link is the top design of the moment, and in the image part, rewriting the new standard of mobile phone photography.

We all know that last year's HuaweiP30Pro brought a periscope camera and RYYB pixel array, and got it

And this HuaweiP40Pro will be mobile phone photography technology upgrade

The HuaweiP40Pro's main camera uses a IMX 700 sensor ,50 million pixels, with a 1/1.28 inch bottom, with a RYYB color array, from the parameters of the industry is undoubtedly the top one lens.

It is said that the size of the sensor determines the ability of the camera to capture light. The larger the bottom, the richer the details will be captured.

The Sony IMX 700 sensor on HuaweiP40Pro, with a large 1/128-inch base, offers higher dynamic range and less noise for imaging.

The HuaweiP40Pro's background is matched with RYYB pixels, and even in a dark environment,

A strong upgrade of the zoom effect in this HuaweiP40Pro.

The five-fold non-destructive zoom strength of last year's P30Pro has been amazing, and this HuaweiP40Pro has upgraded the phone's zoom capability again.

It can achieve up to 10x Optical Zoom, 20x hybrid zoom and 100x digital zoom, which can be said to be the most powerful zoom performance mobile phone at present.

It can cover the zoom shooting from close range to super vision, and can realize the smooth and super wide to high zoom switching effect when shooting video, which improves the photographing experience.

HuaweiP40Pro this film lens supports 16 in 1 mode, that is, combining 16 pixels into 1, by synthesizing multiple pixels into a large pixel form to increase the photosensitive area of a single pixel, so that the quality of the night scene is more delicate.

When the opponent is still 4-in-1,HuaweiP40Pro's 16-to-1-pixel launch has once again succeeded in raising the industry's ceiling, becoming a new standard of mobile phone image strength.

The last lens of the HuaweiP40Pro is the ToF camera with its own infrared light source, the dark light environment can also obtain accurate depth of field information, ToF compared with the 3 D structure light can be more distant recognition distance, naturally become the 2020 flagship mobile phone auxiliary focus of the best choice.

In addition, TOF plays the role of wide area laser focusing, but also has more depth of field information, which brings a better photo taking experience of portrait mode.

Multiple cameras can take photos at the same time, and multiple cameras work together. After the optimization of AI image engine, better shooting effect can be achieved.

At the video shoot stage ,HuaweiP40Pro also supports the smooth zoom of the video, which can shoot the smooth transition from ultra wide to 100 times zoom.

Thanks to the lens bottom and Huawei excellent tuning ,HuaweiP40Pro

Moreover ,HuaweiP40Pro multiple cameras, in addition to synergy, can be implemented with Huawei powerful processor blessing

One shot panorama one shot close-up,At the same time, shooting can get two different pictures. This function is very friendly for users with short video and vlog shooting needs.

For a better shooting experience, the HuaweiP40Pro is equipped with three microphones that can direct the radio while shooting the video, and the video is more effective in sound effects.

As we can see, none of HuaweiP40Pro five cameras

The front of the HuaweiP40Pro also has 32 MP of auto-focus lens, with the infrared camera can achieve a good background virtual, bring a different experience of selfie.

HuaweiP40Pro infrared depth camera is not only important in shooting, but also indispensable in the face part

meanwhile, the spacer operation in HuaweiMate30 series can be easily realized in the HuaweiP40Pro.

Huawei has made a lot of research on 5g communication and obtained many patents.

Because of the most advanced EUV lithography technology, Kirin 990 5G the density of the transistor is much higher than that of the previous Kirin 980, which also gives the Kirin 990 5G became the world's first mobile terminal chip with more than 10 billion transistors.

The number of 10.3 billion transistors is not only a digital breakthrough, but also a new process that enables Kirin 9905g to plug 5g baseband and and 16 core mali-g76 without much improvement in power consumption, making it the first commercial integrated 5g SOC in time.

Integrated SOC also has the characteristics of lower power consumption, and has a good performance in various links.

n addition to the mobile network ,HuaweiP40Pro also supported a brand new Wi-Fi6 technology ,Huawei this technology has a wider bandwidth than the traditional WiFi6 base, reaching 2400 Mbps, and supporting dynamic regulation.

HuaweiP40Pro is not only a strong heaps, but also exquisite in appearance 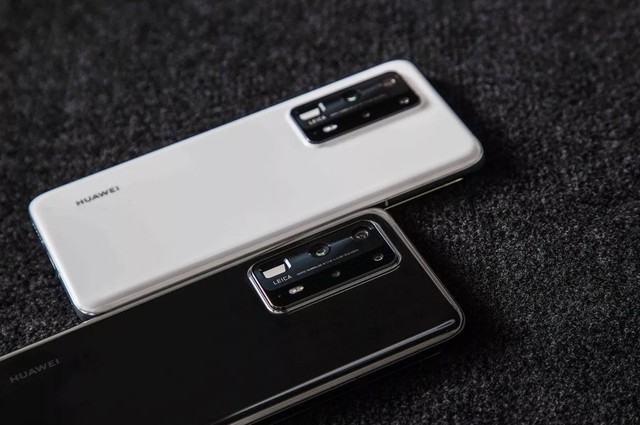 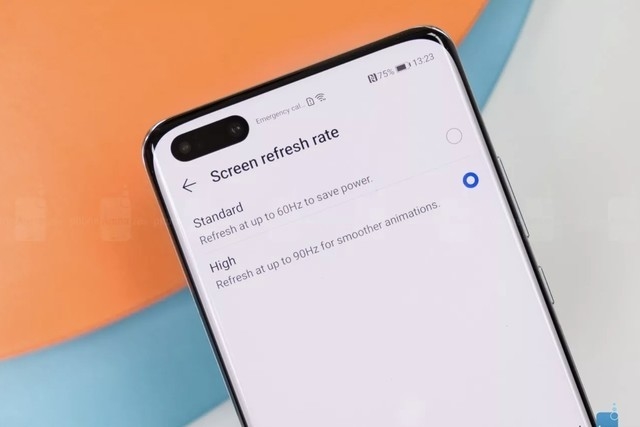 And most surprisingly, the HuaweiP40Pro's various luxury heaps did n' t make the fuselage 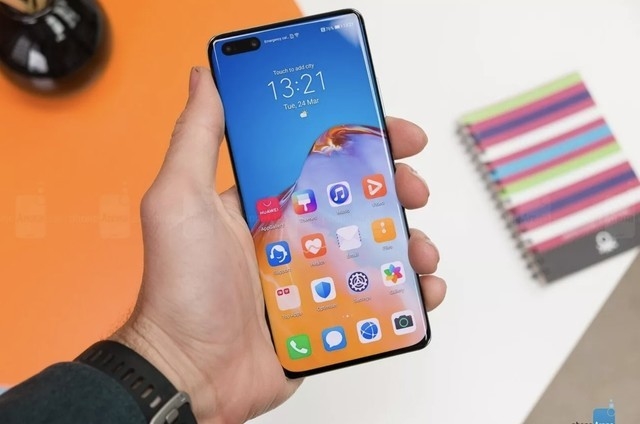 Frame part ,HuaweiP40Pro adopted the design of boundless, so that the overall fuselage more integrated and grip feel more comfortable.

The integrated design allows HuaweiP40Pro to support IP68 levels of waterproof and dustproof, so that users use more secure.

All round design, no short board, full of highlights

Huawei official data from the press conference show that 40 W of wireless fast charging can charge the battery capacity at 2730 Ma for P40Pro in 30 minutes.

At the system level ,HuaweiP40Pro've been upgradedEMUI10.1, provide rich themes and off screen display, etc. 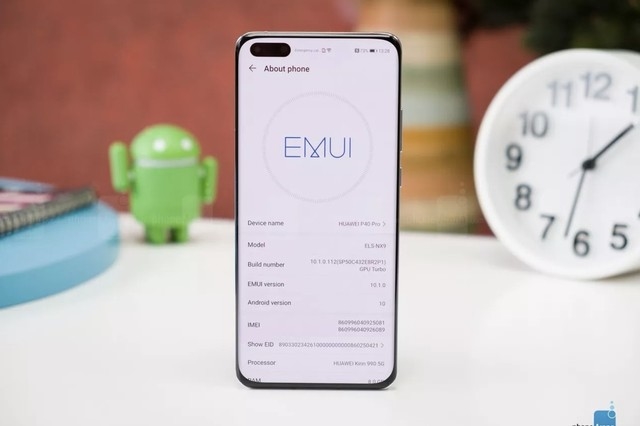 EMUI10 smart screen separation function in the HuaweiP40Pro has been upgraded, the operation is very simple

In terms of software, Huawei gave up Google services completely and recommended Huawei mobile service HMS in this conference.

To paraphrase what apple used to say on the iPad, why is your next camera?

As the first half of the world's focus on video flagship ,HuaweiP40Pro did give you a big surprise, especially in the video system stacked on the mobile phone industry can currently pile up the strongest material:

In 2012, Huawei brought its first flagship ascend P1 and officially launched Huawei P-Series. Now P40 series has been released for 8 years. During this period, Huawei has polished the camera for many times. P20 pro, a classic of P-Series, has been followed up by other manufacturers, laying the position of this series in the mobile imaging industry.

Related news
HuaweiP40Pro quick review: a year ahead
Again set up the industry zoom benchmarking HuaweiP40Pro 10 double optical zoom widely praised
Huawei P40 Pro: amazing photos "night vision" is still powerful
Feel the 10 times change! HuaweiP40Pro creating image miracles.
Take advantage of the May 1 purchase discount, small tail, Huawei P40 series, and wait for you to pick
At the top of the flagship HuaweiP40Pro every shot ever made is a high-end blockbuste
What is a high-end flagship? HuaweiP40Pro 100 times binocular zoom hard core to superclass
beyond DxO current first! Deconstruction of HuaweiP40Pro Excellence in Image :10x Light becomes the
Visual and tactile double extreme enjoyment HuaweiP40Pro black and white ceramics CP stunning opening
Huawei 5g is not the only one who wants to "cross the calamity"?
Hot news this week
Tencent Music rose more than 3%, and its average monthly revenue of more than 10,000 musicians in 2021 doubled, and NFT will generate revenue for musicians
China Telecom and Huawei jointly released "Super Time Frequency Fold" 5G Determine Network wireless key technology
CNKI is a wholly foreign-owned enterprise? A-share listed company Tongfang shares responded in this way...
Apple has increased incentives in China to up to 15,000 yuan after cutting the trade-in price in the US
Washing your nose with salt Water may Prevent COVID-19, experts warn
"Tmall responds to over 300 minus 50" to the hot search, netizens: Don't engage in Olympiad, less routine more sincerity
Gree Electric has nothing to do with Gree Real Estate! Dong Mingzhu reiterated that he did not do finance and real estate
Xiang responded to Tesla's lawsuit by saying he was dissatisfied with tesla's arrogant attitude but not defamatory
Microsoft has launched an adaptive mouse for people with disabilities that can be assembled as many parts as they want
After the release of the 2999 yuan new machine, it instantly became the hottest model in the headlines: dominating the list all night
The most popular news this week
The domestic screens are rolled to the 2K screen. Why don't Apple follow the roll?
Flying Pig's new "Yunyou Museum" can watch the live broadcast of nearly 20 museums in China
DEEPMIND training more than 600 tasks such as chatting, playing games, and accumulating wood
4K display uses 240Hz for the first time! Samsung's new flagship display is coming
Accidentally found a new track! AMD Rayon 7 6800U batch arrived
Better iPhone signal! Apple has released a new official version of iOS
iPhone security big overturn, built-in chip low-power operation, after shutdown can still be tracked location
Hong Kong stocks popular technology stocks rose sharply: JD.com rose more than 9% Ali rose more than 8%
Yu Minhong: Strive to open source while reducing costs quickly, or New Oriental will die
Tencent Music's TME live will re-screen Jay Chou's concert on may 20 and 21