Different from the previous Galaxy fold, it adopts a new way of folding, and the body is very small and delicate.

And in addition to this product, many are also looking forward to the release of the Galaxy Fold 2, about this product exposure information is also a lot.

Recently, a group of Galaxy fold 2 renderings have been made by foreign media according to the information that has been exposed so far. 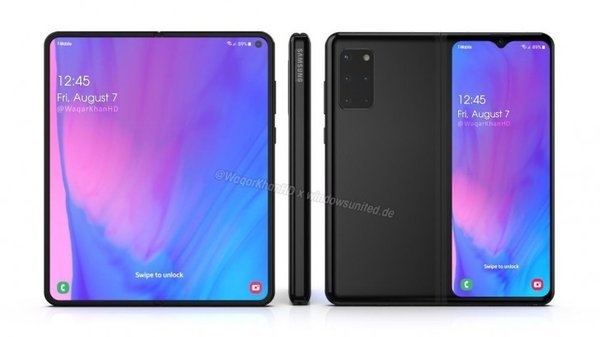 Viewed from the exposure rendering, the Galaxy Fold 2 continues the Galaxy Fold design of folding inwards, but the internal and external screens are relatively large changes.

Although the previous Galaxy Fold is also equipped with an outer screen, but because the size is too small to use the experience is not too good, if become this comprehensive screen design, I believe the operation feel will be higher. 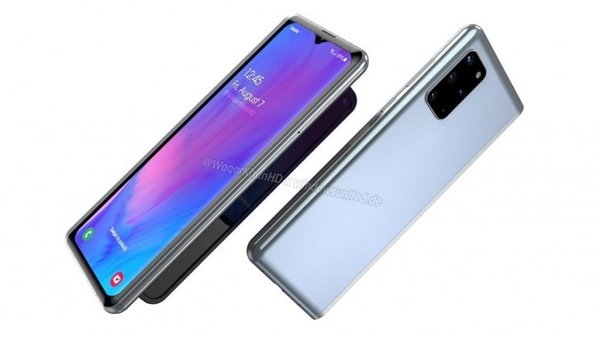 The inner part cancels the sideThe design of the perforated screen will look more beautiful, the screen proportion will be further improved, and the visual effect will be better.

Also, it is expected to support S Pen, enable the big screen to play its full role. 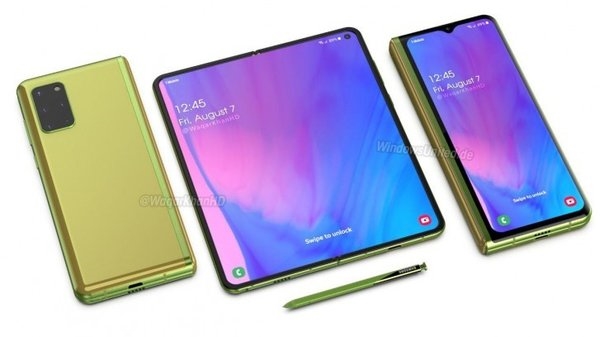 The rear of the galaxy fold 2 will be the same matrix design as the galaxy S20 series, with five cameras.

And this way Galaxy Fold 2 there will be a total of seven cameras, the photo should be very powerful bar. 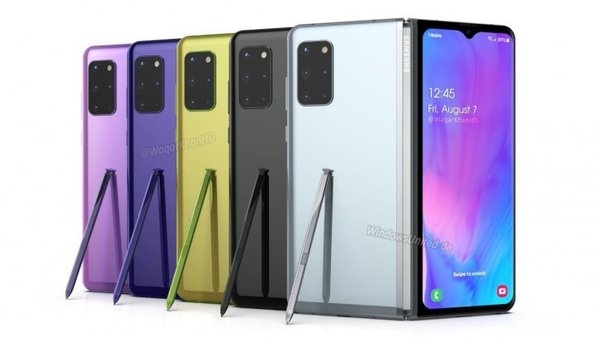 And it's worth mentioning, Galaxy Fold 2 in the rendering diagram will not have gaps after closing.

Before, the gap after Galaxy Z flip folding was much smaller than that of Galaxy fold, so it should not be difficult to eliminate this gap on galaxy fold 2.

Overall, this rendering showsGalaxy fold 2 is its ideal appearance. The external screen is larger and better used, and the internal screen takes up a higher proportion. It also supports the s pen to give full play to the role of large screen.

But at present, this is only a rendering made by foreign media according to some exposure information. There is no exact information about what it will be and when it will be released. 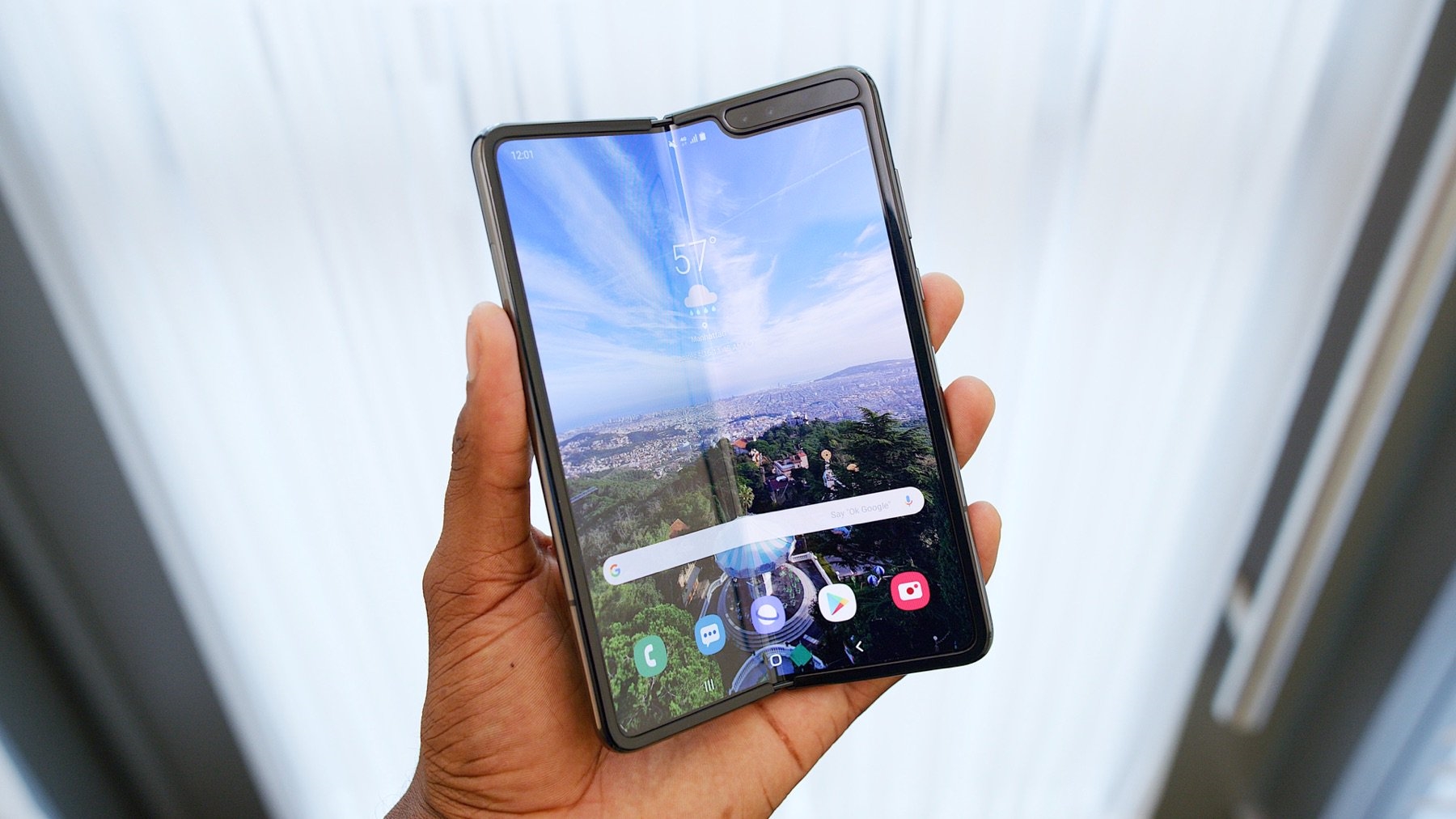 Related news
Samsung Galaxy A80 Assessment: Don't let innovation stay in the imagination of epoch-making products
Refurbishment! Samsung's new Galaxy Fold fold-screen mobile phone
From huanzhugge to street overlord: the nostalgic artifact of the post-80s Samsung Galaxy fold alternative experience
Turn on the smartphone's new era, the Samsung Galaxy fold, and experience a full-scale upgrade.
Samsung's next flagship is Galaxy S20: the top version is Galaxy 20 ultra
Samsung Galaxy S20 Series Launch Forward: Starting 865 and Smart Speakers
Future mobile phone form innovation: show personality with Samsung Galaxy Z flip
Samsung Galaxy fold 2 exposure: higher screen share, more extreme
Hot news this week
Tencent Music rose more than 3%, and its average monthly revenue of more than 10,000 musicians in 2021 doubled, and NFT will generate revenue for musicians
China Telecom and Huawei jointly released "Super Time Frequency Fold" 5G Determine Network wireless key technology
CNKI is a wholly foreign-owned enterprise? A-share listed company Tongfang shares responded in this way...
Apple has increased incentives in China to up to 15,000 yuan after cutting the trade-in price in the US
Washing your nose with salt Water may Prevent COVID-19, experts warn
"Tmall responds to over 300 minus 50" to the hot search, netizens: Don't engage in Olympiad, less routine more sincerity
Gree Electric has nothing to do with Gree Real Estate! Dong Mingzhu reiterated that he did not do finance and real estate
Xiang responded to Tesla's lawsuit by saying he was dissatisfied with tesla's arrogant attitude but not defamatory
Microsoft has launched an adaptive mouse for people with disabilities that can be assembled as many parts as they want
After the release of the 2999 yuan new machine, it instantly became the hottest model in the headlines: dominating the list all night
The most popular news this week
The domestic screens are rolled to the 2K screen. Why don't Apple follow the roll?
Experts remind: Do not put disinfection pieces to the sewer, it is useless and harmful to disinfection outdoor outdoor disinfection
Flying Pig's new "Yunyou Museum" can watch the live broadcast of nearly 20 museums in China
DEEPMIND training more than 600 tasks such as chatting, playing games, and accumulating wood
4K display uses 240Hz for the first time! Samsung's new flagship display is coming
Accidentally found a new track! AMD Rayon 7 6800U batch arrived
Better iPhone signal! Apple has released a new official version of iOS
iPhone security big overturn, built-in chip low-power operation, after shutdown can still be tracked location
Hong Kong stocks popular technology stocks rose sharply: JD.com rose more than 9% Ali rose more than 8%
Yu Minhong: Strive to open source while reducing costs quickly, or New Oriental will die