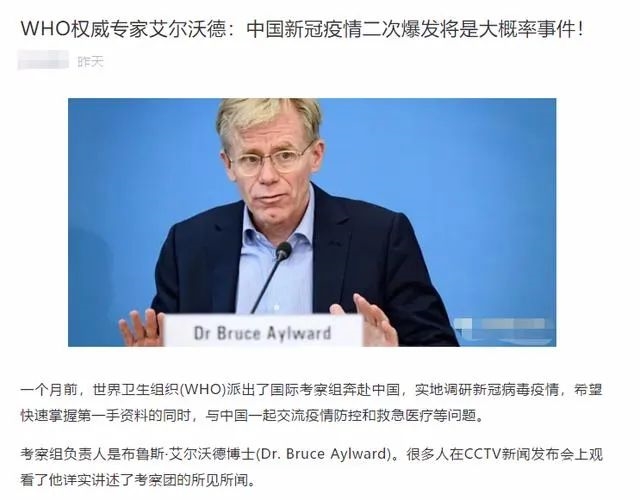 At the same time

No matter what our academicians say, or what WHO officials say, we should pay attention to the news reports of the formal channels, and don't trust them easily

Rumors: philippine media reported that fei ministry of health officials said china's aid to feixin crown pneumonia test reagent accuracy of only 40%, due to substandard and temporarily not used.

China novel coronavirus pneumonia released in March 29th. The Chinese Embassy in Philippines issued a statement on the quality of the new crown pneumonia detection reagent, which indicated that the Philippine Ministry of health confirmed that China has received 2000 Chinese genes and 100 thousand people's Saint Xiang nucleic acid test kit, and the quality is very good. There is no accuracy problem, and is fully consistent with the relevant international standards of the WHO. The above-mentioned kits have been put into use, and played an important role in the Philippine government's rapid response to the epidemic.

The Chinese Embassy firmly opposes the irresponsible speech and report based on hearsay without scientific test, misleads the public and public opinion, and interferes with the overall situation of China Philippines joint anti epidemic cooperation. 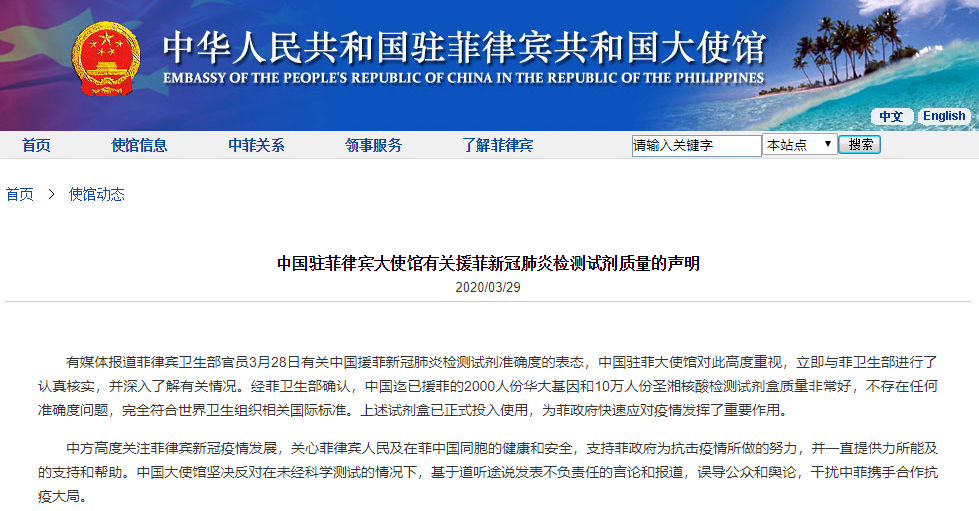 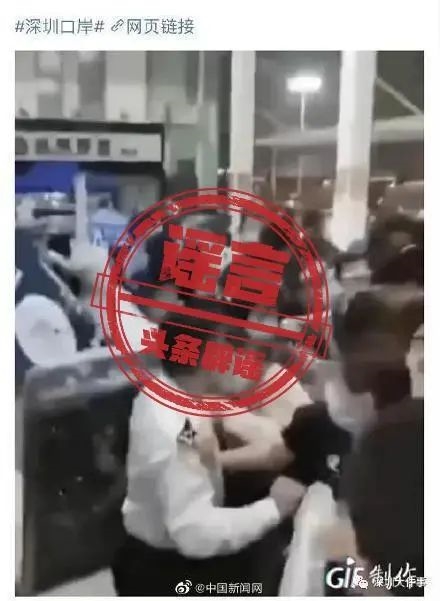 Refutation: on the afternoon of March 28, The Shenzhen Municipal People's Government's Port Office refuted rumors that after verification, the above-mentioned 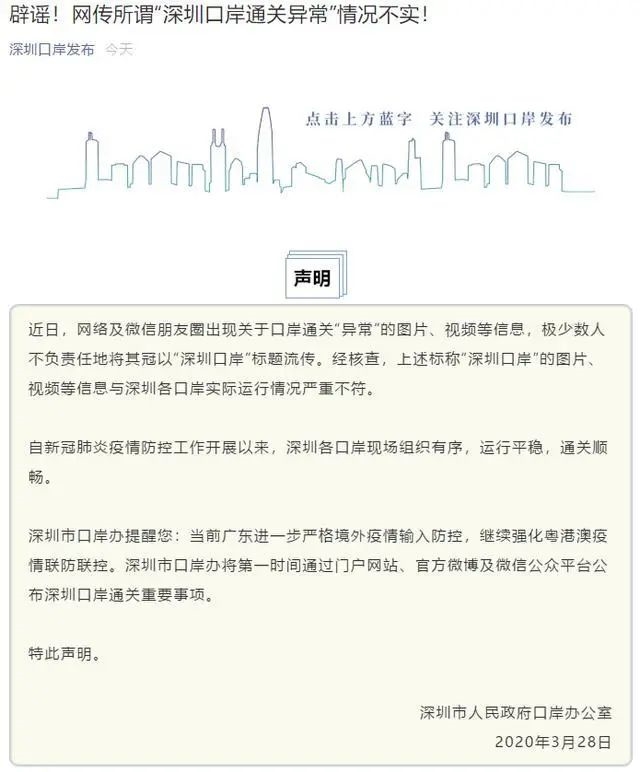 Chongyang County, Hubei Province, is it necessary to seal the bridge and seal the community? 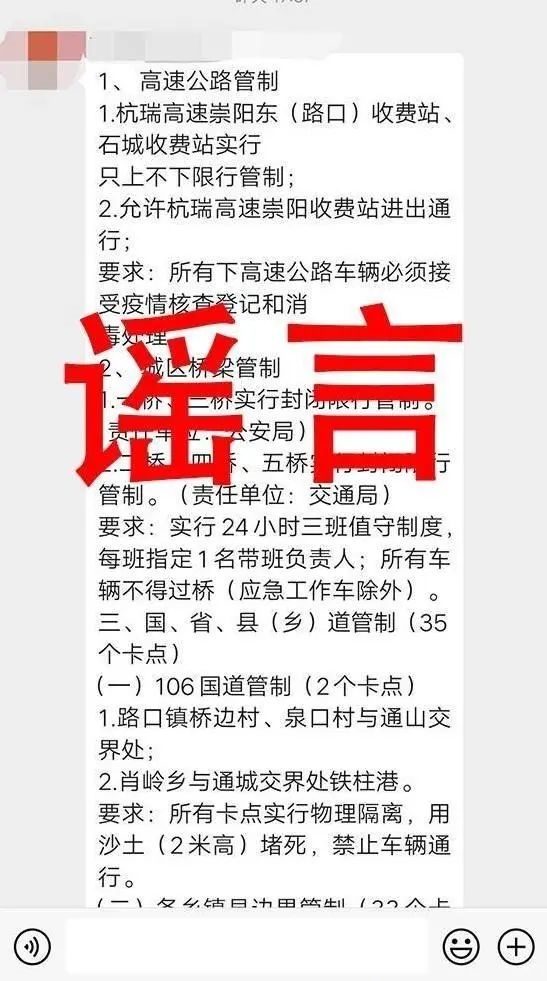 Rumor: the reporter and the relevant departments to contact confirmed that the Internet for rumors. At present, Chongyang County to resume production and rehabilitation work is in an orderly manner. On March 27, at about 3 p.m., the reporter came to Chongyang County, the city of 12345 bridge and part of the road for on-site inspection, in 12345 bridge, people and cars passed smoothly and orderly, and did not set up any duty card points and prevention and control inspectors. 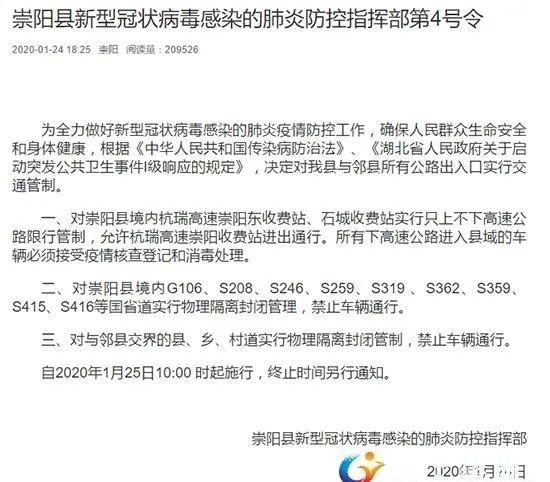 Affected by the epidemic situation in Gansu in 2020 institutions do not recruit previous students?

The CPC Central Committee and the State Council attach great importance to the employment of college graduates. In particular, in response to the outbreak of pneumonia in the new crown, the Central Organizing Committee and the Ministry of Human and Social Affairs have issued the Notice on Doing a Good Job in Publicly Recruiting College Graduates to Address the Impact of the Epidemic in New Crown Pneumonia. 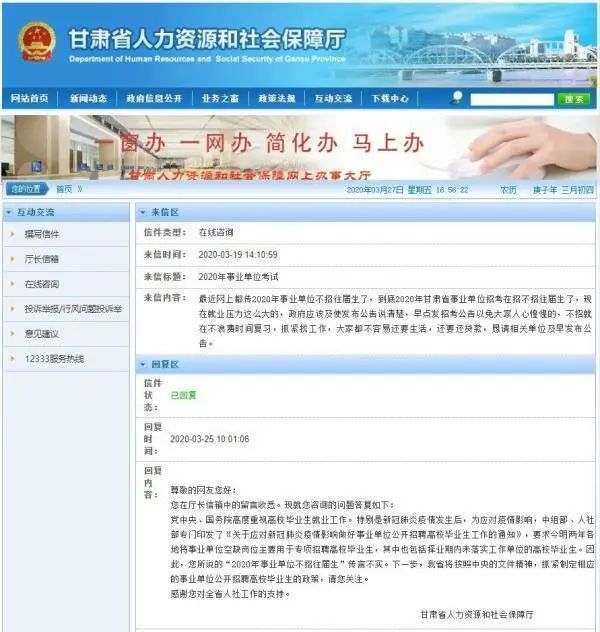 Rumor: there are some online claims: new crown virus infection like hepatitis B, if there is a new crown virus-specific antibody in the body show that the cure, if no antibody production will become a chronic carrier, you need to take medicine for life.

Rumor dispelling: Hou Jinlin, director of infection department of Southern Hospital of Southern Medical University, told reporters that the network legend method is unscientific, and the new coronavirus and hepatitis B virus are totally different.

A new crown virus is a RNA virus, without the characteristics of the above hepatitis B virus, can not form a chronic infection, so it is impossible to take medicine for life.

Someone in Qinhuangdao returned from Thailand without isolation?

Rumor: in recent days, Qinhuangdao has a message: someone has returned to Qinhuangdao from Thailand, not isolated at home, but also around. 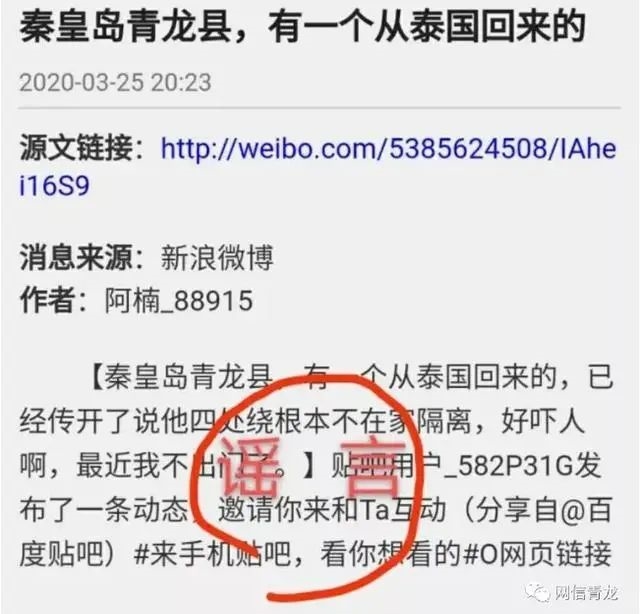 Refutation: according to the Internet news, the Network Information Department of Qinglong Manchu Autonomous County in Qinhuangdao city has refuted the rumors. A completely fabricated message caused unnecessary panic.

Someone in a community of Shenzhen pretends to be an epidemic prevention person and robs the house?

Rumor dispelling: the reporter contacted the property of a community in Shenzhen in the above-mentioned online news at the first time. The property staff said that there was no robbery in the community as an anti epidemic personnel, but they saw similar incidents in other provinces, so they quoted the news to remind the residents to pay attention to safety.

The announcement was posted by the person in charge of the property in the community out of good intentions, and he has taken the initiative to remove the announcement after he realized that there was a misunderstanding.

Rumor: some netizens have reported recently that "Notice of the first middle school of Weixian" has been spread on the Internet. 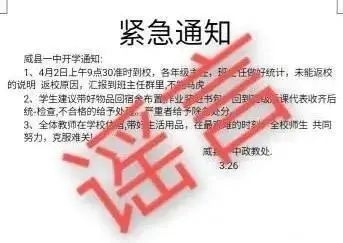 Rumor: Weixian No.1 Middle School solemnly declared: this notice is false information, County No.1 Middle School has never issued such notice. After the official opening time is fixed, the school will notify each student and parents at the first time.

Related news
WHO classifies game addiction as a disease
Infected new crown pneumonia to take medicine for life? WHO think China's new crown outbreak of the second outbreak?
Semicon China: Huawei and Exxon bring semiconductor intelligent quality inspection and measurement solutions
ALTERNATIVE MEDICINE FOR HERPES CURE
Herbal Medicine Cure diseases and infections
Herbal medicine cures diseases/infection
Britain Israel epidemic rebounds due to delta mutation who warns: don't take off the mask even after vaccination
Glory high-tech products help team China's national team set out to show China's business card to the world
Hot news this week
Lu Jian, president of linkedin China, responded to rumors of the "closure of linkedin China" by saying that the company will increase its investment in China even if it does not reduce it
Samsung Motor announces end to flexible printed circuit board RFPCB business Without affecting iPhone production
I can't play! The official solution to the bug in Chinese Paladin vii was provided
The video asked Net-a-Lago to apologize
On New Year's Eve, a trio on a business trip will celebrate the lunar New Year in space: a first for the Chinese
The United States exposes the higher civilization of the universe: human beings are inferior to good ones
Rolls-Royce China SAO operation caused dissatisfaction wang Sicong message not to buy: official apology
Bytes beat 9 billion yuan to acquire VR companies, then invest the chip, or to accelerate the layout "Yuan Universe"
Xiaomi intelligent clean ecological chain enterprises to pursue technology to complete 3.6 billion yuan C round financing
Xiaomi appointed Li Xiao Shuang as a vice president of Xiaomi Motor, CFO Lin Shiwei, and the CEO of Stars
The most popular news this week
Tesla Q3 earnings reading: Record net profit on revenue Pressure on new Chinese cars is coming
Microsoft CEO NADELLA is most concerned about three things: ubiquitous computing, AI big model and virtual online
Nearly 80% of teenagers in Taiwan think cyber bullying is a serious problem, according to a survey
What opportunities and challenges brought to the financial industry?
Jia Yueting is paying back the money again! Faraday's future former employees in China receive a pay rise
The storage chip faucet is 119 times the first three seasons, the chairman reporter is born, "cattle scattered" did not lose the position.
The liabilities are still 95 billion Jue Ting pays, and FF China's front employee will collect salary and consistent with the in-service.
Wechat iOS version 8.0.16 release: Voice call interface will display the other party's circle of friends only after clicking
Interbrand world has a top 100: Apple, Amazon, Microsoft, Google, Samsung
Facebook is changing its name next week: But Mark Zuckerberg hasn't decided yet