Many netizens have said that playing the game under win10 will be better in win7. On the one hand, it's determined by your computer hardware. On the other hand, it's also related to the game version. Generally speaking, the new game will be more compatible with win10. In addition, there are some simple game optimization tips in win10. After doing well, it can also make your game experience more fluent! 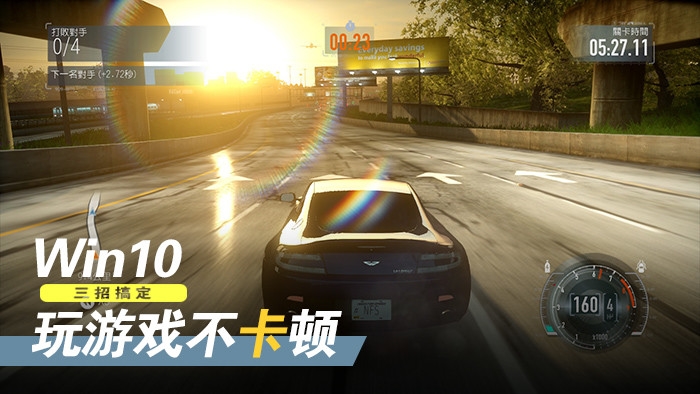 Let win10 play the game without blocking. 1. Turn off the Nagle algorithm

Many people don't know about the Nagle algorithm. Simply speaking, it's a set of algorithms in the TCP protocol. It can package small packets into a pile and send them again, reducing the number of transmission times. It's mainly used to improve the bandwidth utilization and avoid network congestion. However, Nagle is also a double-edged sword. Its biggest problem is that it causes some online operations to be delayed too much, which in turn causes online games to jam.

3. click on the entry below to check if it is included in the right pane 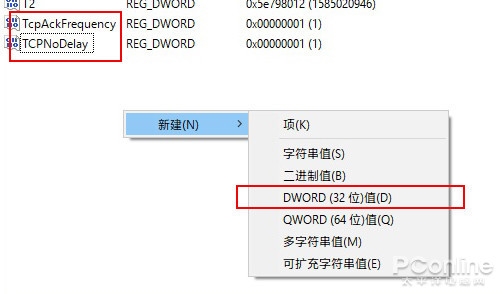 5. After restarting the computer, Nagel is completely disabled; 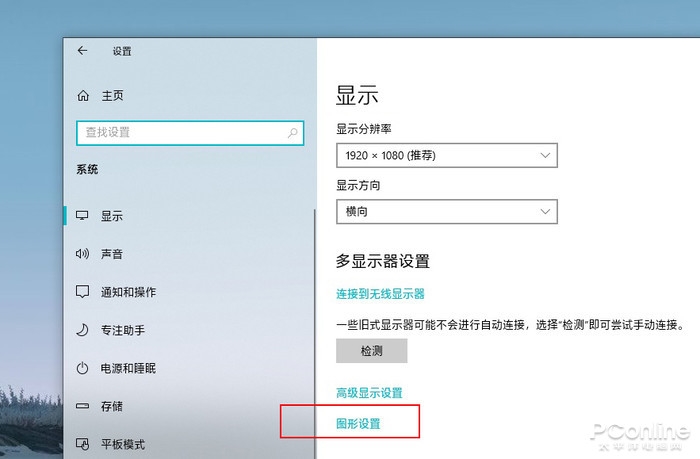 By default, the Win10 lists all the games installed locally and automatically assigns them to the game category 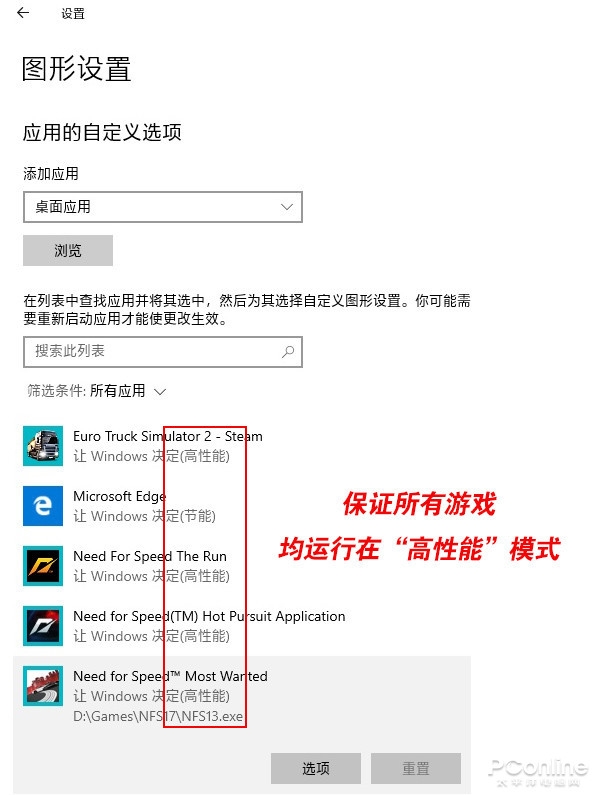 Make sure all games are running

Many old games have a black screen when they switch to the desktop, which is called 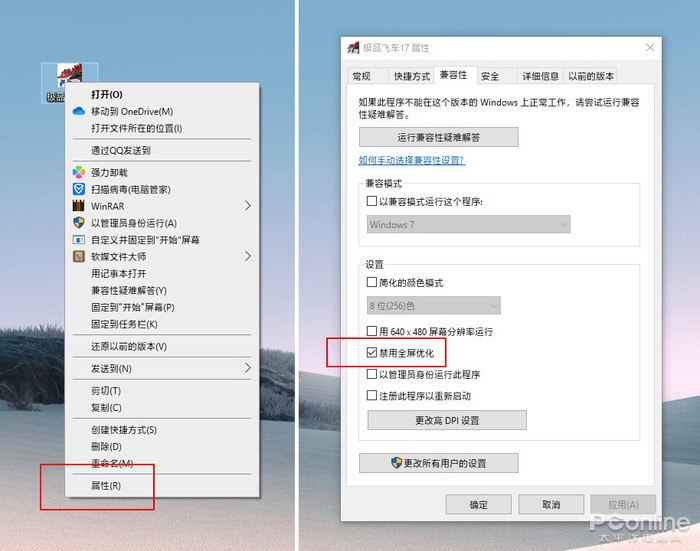 A Win10 was built in

By default, this setting is turned on automatically and usually does not need our operation. However, sometimes it may be turned off by other software by mistake, just check it by yourself. 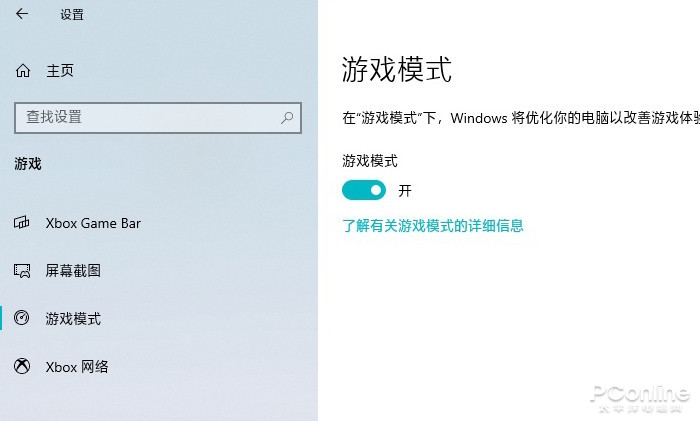 Compared with the previous system, win10 is actually stronger in terms of games. In particular, the introduction of some new technologies makes a lot of new games have more space to play. However, if you prefer the old games, or the configuration of the computer is not high, you need to adjust the win10. Well, this is a group of game optimization tips under win10 system to be shared with you in this issue. Go and try it for interested partners!

Related news
The most stable win10 update in recent years win10 1909 is worth upgrading
NVIDIA no longer provides DCH driver download win10 can't install driver see here
Microsoft 2020 masterpiece! Analysis of 16 new features of win10
The game inexplicable card four moves to finish! Win10 game optimization tutorial
Does win10 always flash back when playing games? You're the driver. It's not installed
It's time to give up win7, win10 game performance lead up to 49%
Win10 takes on a new look! These 7 small software let the system efficiency take off
Big change of win10 interface! Exposure of win10 Solar Valley concept map
Win10 is the best way to use it! 16 necessary settings for win10
The latest system upgrade of win10 is coming! Fix video playback bug
Hot news this week
Lu Jian, president of linkedin China, responded to rumors of the "closure of linkedin China" by saying that the company will increase its investment in China even if it does not reduce it
Samsung Motor announces end to flexible printed circuit board RFPCB business Without affecting iPhone production
I can't play! The official solution to the bug in Chinese Paladin vii was provided
The video asked Net-a-Lago to apologize
On New Year's Eve, a trio on a business trip will celebrate the lunar New Year in space: a first for the Chinese
The United States exposes the higher civilization of the universe: human beings are inferior to good ones
Rolls-Royce China SAO operation caused dissatisfaction wang Sicong message not to buy: official apology
Xiaomi appointed Li Xiao Shuang as a vice president of Xiaomi Motor, CFO Lin Shiwei, and the CEO of Stars
Bytes beat 9 billion yuan to acquire VR companies, then invest the chip, or to accelerate the layout "Yuan Universe"
Xiaomi intelligent clean ecological chain enterprises to pursue technology to complete 3.6 billion yuan C round financing
The most popular news this week
Tesla Q3 earnings reading: Record net profit on revenue Pressure on new Chinese cars is coming
Microsoft CEO NADELLA is most concerned about three things: ubiquitous computing, AI big model and virtual online
Nearly 80% of teenagers in Taiwan think cyber bullying is a serious problem, according to a survey
What opportunities and challenges brought to the financial industry?
Jia Yueting is paying back the money again! Faraday's future former employees in China receive a pay rise
The storage chip faucet is 119 times the first three seasons, the chairman reporter is born, "cattle scattered" did not lose the position.
The liabilities are still 95 billion Jue Ting pays, and FF China's front employee will collect salary and consistent with the in-service.
Wechat iOS version 8.0.16 release: Voice call interface will display the other party's circle of friends only after clicking
Interbrand world has a top 100: Apple, Amazon, Microsoft, Google, Samsung
Facebook is changing its name next week: But Mark Zuckerberg hasn't decided yet