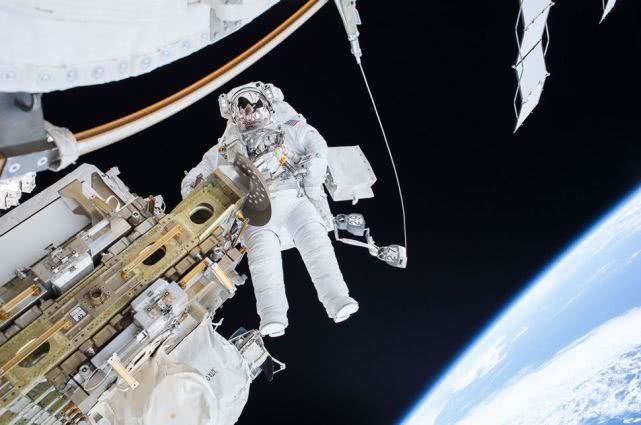 Tencent technology news, as we all know, NASA has set a huge goal of landing on the moon and Mars, and the agency began to recruit astronauts related to these tasks this year. According to the latest news from foreign media, NASA's recruitment activity has ended, with 12000 Americans hoping to become astronauts to the moon and Mars.

According to foreign media reports, NASA called the astronauts recruited

NASA officials said it was the second highest number of applications ever received by the agency's astronaut team.

The information shows that

Expectations were high when nasa issued a new astronaut recruitment notice in february. After decades of low-orbit flight (i.e. the international space station), nasa has targeted more ambitious targets with the atmes program. The plan aims to land the first female astronaut and the next male astronaut on the moon by 2024. After that, the agency hopes to continue landing on Mars in 2030, the first time in human history.

NASA began receiving applications on March 2 and stopped the hiring process on Tuesday. The agency received applications from all 50 states, the District of Columbia and four U.S. territories.

Before that, NASA received a record 18300 applications in 2016, more than 12000 this time. After being selected and eliminated in 2016, a small number of qualified astronauts graduated in January this year.

Now the most difficult task for NASA has come: to screen out a huge pool of applicants, there are only a few candidates with all kinds of ideal conditions suitable for flying in space.

NASA is expected to announce the final choice of a new generation of astronauts in mid-2021. Once selected, astronaut candidates will be trained in space flight for the next two and a half years, and then must wait to be selected as astronauts. The timetable is likely to mean that they may not be able to fly until 2024, NASA's current goal of landing on the moon.

Previously, Musk's SpaceX and Boeing have been awarded a $7 billion contract from NASA to carry astronauts to the international space station. Just this week, NASA announced that the SpaceX dragon II will carry four astronauts on its first mission, rather than the two previously announced. Before the first operational mission, SpaceX will need to conduct a real manned test mission, which will transport two astronauts to the international space station, which will take place in the middle and late May.

According to foreign media reports, NASA currently has 48 active astronauts and has trained 350 astronauts since the 1960s. (reviewed by Tencent technology / Chengxi)

Related news
NASA begins to fuel the nuclear power plant of the Mars 2020 Mars
What is the Mars 2020 Mars Rover? Go to the NASA assembly room and have a look.
NASA Engineers Install Sample Cache System on Mars 2020
NASA says Australia will help support its Artemis and Moon to Mars programs.
NASA completes separation of Mars 2020 landing platform
NASA Mars 2020 probe completes the first "stand up"
NASA's'Moon to Mars'project may face huge changes
NASA showcases a new generation of supercam cameras to be used in Mars 2020
Hot news this week
Templates for creating new Twitter in the future? Musk's praise of WeChat has triggered a heated discussion on the whole network
Tencent Music's TME live will re-screen Jay Chou's concert on may 20 and 21
Sony's new LinkBuds S headset parameter exposure: only 4.8 grams of comprehensive battery life 20 hours
Weak demand in the mobile market! Domestic shipments of mobile phones fell 40.5% in March to a two-year low
Henan 4 village bank line cannot withdraw cash? CBRC responds! The public security organs have registered an investigation
Baidu: In 2021, an average of 56 billion malicious information of all kinds will be intercepted every year
"Chinese version of LV" is re -executed 680 million! Reporting the property clues of the chairman, up to 8.66 million yuan
Still did it! Canada has banned Huawei and ZTE from participating in the country's 5G network on "national security" grounds
Pig companies continue to increase technology, just launched the smart pig farm, another 100 million to set up a technology company
The Jingdong Express bulk order sent to Shanghai across the country is completely static? JD.com: Not true No such information has been published
The most popular news this week
The domestic screens are rolled to the 2K screen. Why don't Apple follow the roll?
Meizu 19 series coming? Meizu mobile phone appearance patent disclosure: the return of secondary screen
Jingdong crowdfunding 10000mAh mobile power supply: with Apple Lightning and Type-c dual wires
Mobile phone chip CPU energy efficiency ranking: it is comparable to A14
What can we learn about m& # 111nkeypox cases in many countries around the world?
Alibaba Daniel Zhang connects 300 platform merchants: do more practical things for merchants
At the age of 58, he was elected as the chairman of Everbright Bank! Former President of Bank of China and Construction Bank
Buy An Audi or a Tesla? Audi's new electric vehicles are on sale: from 300,000
The first domestic Tianji 1300 mobile phone did not fire first! More than 260,000 people made reservations
The Chinese team officially made up for the bronze medal in the Tokyo Olympic relay! Su Bingtian responded excitedly