HuaweiP40 there are still American chips, there is a long way to go

The Financial Times reported that HuaweiP40 was dismantled and found to use components made in the United States, with RF front-end modules mainly from three American chip companies

Reported that the dismantling mainly by a family named

And it's worth noting that mobile phone manufacturers sometimes use different components in different batches of the same batch of smartphones, and the dismantled phone is the first P40 version to be released. 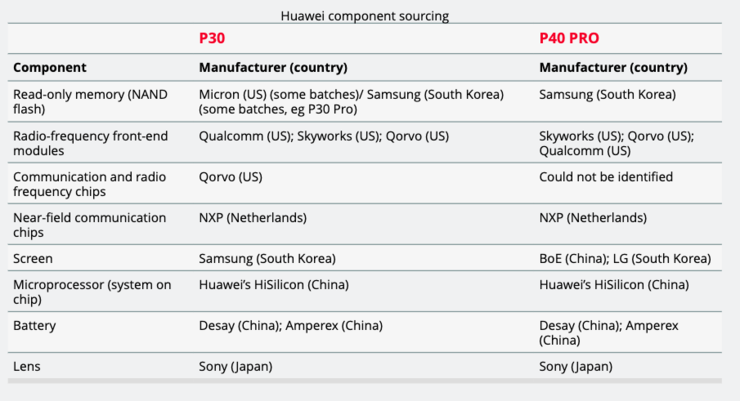 Judging from the disassembly results, the HuaweiP40 parts include Sony lens, LG display panel, NXP NFC chip, Samsung flash memory, Desai battery, Hayes chip, Enzipu's near field communication chip, mainly from China, Japan, South Korea and so on. But there is still a small part of the parts from the United States, mainly RF front-end modules.

The P40 has, however, reduced the use of U.S. components relative to HuaweiP30 components, mainly in memory, communications, and RF chips.

Changing many U.S. components over a phone design cycle has Huawei shown resilience. The continued use of Qorvo and Skyworks chips also suggests that breaking dependence on US technology is too difficult.

Dan Wang added that RF front-end modules are a form of analog chips and that the United States remains dominant in this area. Huawei will be tested more rigorously as the US strengthens its sanctions on Huawei.

Restricted by the United States

As a matter of fact, the United States has regulated Huawei since May 2019 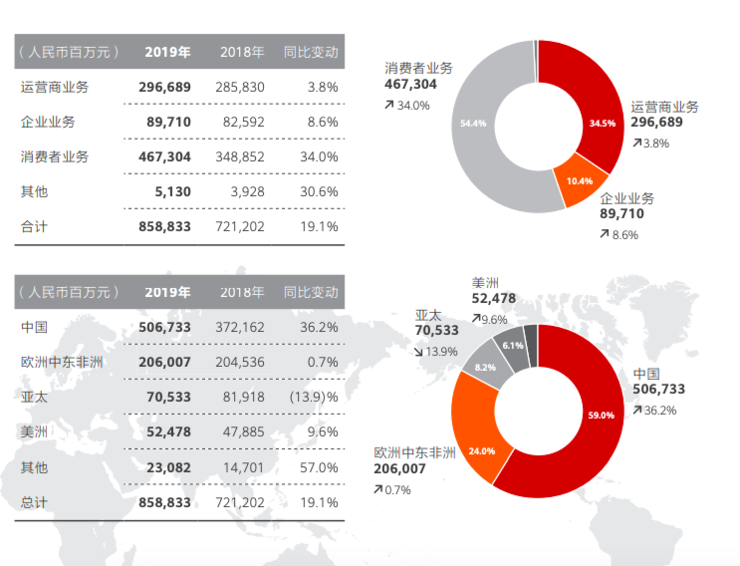 The most obvious of these is the change in income. Annual report data show that Huawei2019 net profit reached 62.7 billion yuan, an increase of 5.6 percent over the same period last year; compared with 2018 year-on-year growth of 25.1 percent.

Geographically, Europe, the Middle East and Africa region grew by only 0.7 per cent, compared with a year-on-year growth rate of 24.3 per cent in 2018; the Asia-Pacific region even experienced a 13.9 per cent decline in income. It is not hard to see that Huawei's overseas revenues have been hit, with the impact of consumer-only overseas revenues at least around $10 billion, according to Huawei sources.

To reduce its dependence on the u.s.,Huawei developed a hongmeng OS、 opening HMS, and a reduction in the use of u.s. parts.

It is not impossible to escape

But it may not be easy for Huawei to get rid of America's influence altogether. 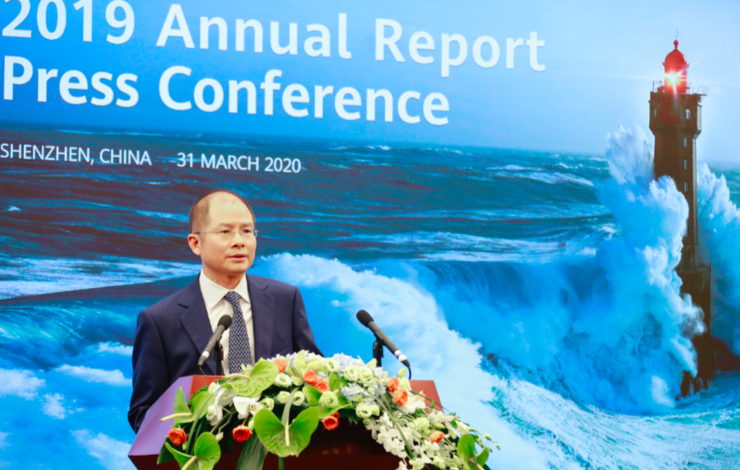 However ,Huawei is not without confidence. At the annual report conference ,Huawei chairman Xu Zhijun said:

The Chinese government, I think, will not let Huawei be left alone or ignored. I believe the Chinese government will also take some counter measures. Why not ban the use of 5 G of chips by American companies and base stations and smartphones containing 5 G of chips, various smart terminals in China for the same network security reasons?

That would allow Huawei to buy chips from samsung, taiwan MTK、 china in south korea to make mobile phones. Even at the expense of long-term failure to produce chips, it is believed that there will be many chip companies growing up in china from chips currently supplied by chipmakers in south korea, japan, europe and taiwan.

At the same time, Xu added, once the Pandora's box opened, the global industrial ecology could be a devastating chain of destruction, which could be more than Huawei business

Generally speaking ,Huawei has not been able to decouple from the US altogether as part of the global industrial chain, despite continued repression by the US government.

But it is not difficult to see from the comparison results of the disassembly machine ,Huawei have done subtraction in hardware, and want to fully achieve domestic substitution, although not easy, but not impossible.

Related news
Hot Chips Summit Lisa Su Lecture: The new thread tearer is on the road
Intel joins chips alliance and provides advanced interface bus
Huawei P40 series features a variety of protective shells, which are specially designed for games and diving!
Viewing the hard core strength of Huawei P40 series photography from the screen swiping media reports
Huawei's P40 series of computing photography has caught the attention of netizens: this leading range is in line with the style of the P series
See, see, know! What kind of spark does Huawei P40 series have with Wang Chaoge?
Huawei offline image school starts to teach you the winner of the Golden Rooster Prize!
Go out and shoot big movies? Interpretation of Huawei P40's photography skills
Top Secret Way To Win Lottery With The Help Of A Magic spell
Hot news this week
Zhao Lijian responded to the British "blocking" Huawei: generalizing the concept of national security harms others and harms themselves
Zhao lijian said the UK's decision to block Huawei under PRESSURE from the US was damaging others and not benefiting itself
ByteDance invested in Sequencing Technology, which is an AI industrial SaaS software service provider
It's hard to escape the monopoly sanctions American court dismissed Facebook against FTC counterattack
Former search president of Baidu xiang Hailong joins Transsion The company that sells mobile phones wants to do more Internet
Involving the "three crimes" such as the misappropriation of loan funds, the Shaoxing branch of Guangfa Bank was fined 1.1 million yuan
Foxconn announced that it had resumed production in India: only 120 workers had been brought back to work for the first batch
AsiaInfo Technology Announces Acquisition of iResearch Consulting to continue to increase digital operations and digital and intelligent transformation
30-year veteran Gregory Bryant says goodbye to Intel
After the suspension storm, Amazon's Chinese sellers increased by double digits, and sales exceeded $50 million.
The most popular news this week
Airlines cancel US flights: Reason for frustration
The pinnacle of Xiaomi industrial design! Xiaomi god machine price reduction: from 2499 yuan
Scissor doors, lifting lidar! Baidu car under the blood cost of the concept car details were first exposed
Premium 45.3% Microsoft Guarantened 68.7 billion US dollars to acquire moving flights PK Faces compete for content production faucet
Phil Spencer, CEO of Microsoft's Gaming Business: Welcome to Activision Blizzard to the Microsoft gaming family
Microsoft announces acquisition of Activision Blizzard on hot search! Netizens sighed: 400 billion cash transactions
Half a billion! Pay treasure collect five blessing to come: exceed 50 thousand people collect qi have you
Snapdragon 888 Plus Is the King of Sex! The best selling mobile phones at the 2000 price point were announced
Microsoft 68.7 billion US dollars acquired moving Blizzard: will become the third big game company in the world!
Apple releases AirPods 3 firmware: Version 4C170